Are Tami and Reggie from Basketball Wives Still Together? 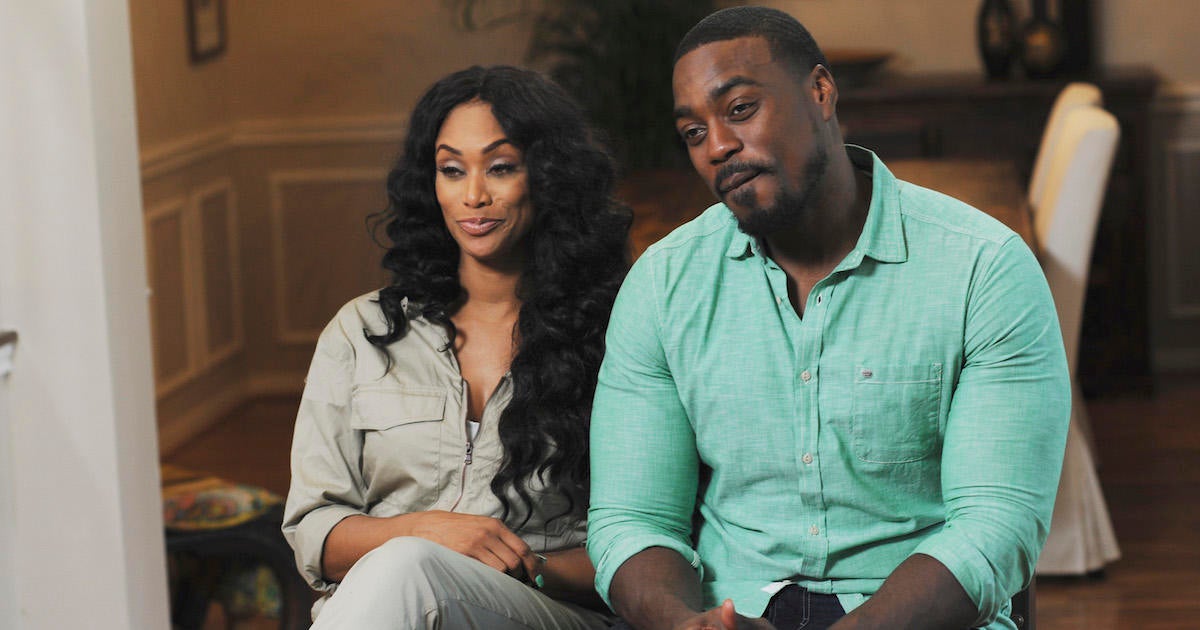 VH1’s ‘Basketball Wives’ is a popular reality television series that focuses on the girlfriends, wives, and ex-wives of well-known basketball players and other people associated with the sport as they make their way through the process of making the show and retaining their connections. It chronicles the day-to-day activities, dramas, social gatherings, and intense fights of the members of the cast.

Since its premiere in 2010, several significant couples have graced the show in all its seasons, and one such pair is Tami Roman and Reggie Youngblood. This couple faced many challenges along their journey, but their strong conviction and love for one another aided them in sailing smoothly throughout the show. If you’re curious to know more about the loving couple and the status of their relationship now, here’s what we know!

Tami Roman and Reggie Youngblood are a unique couple as they started their journeys in ‘Basketball Wives’ at very different points in time. To begin with, Tami Roman was married to NBA player Kenny Anderson from 1994 to 2001, and the couple also has two daughters, Lyric (born 1994) and Jazz (born 1996) Anderson. Hence, Tami originally entered the show in season 2 as the ex-wife of Kenny Anderson. After her divorce, Tami mainly focused on building her career in the field of entertainment, and came to the spotlight with her outstanding presence in ‘Basketball Wives.’

Tami eventually met Reggie Youngblood in 2013, and the audience first got a glimpse of Tami and Reggie as a couple in the show ‘Marriage Boot Camp’ in 2015. She and Reggie have quite a significant age difference of 17 years which was made to be a cause of concern by the fellow contestants on the show. Reggie is from Houston, Texas, and a highly sought-after former football player and NFL prospect who played as an offensive tracker. The initial phase of their relationship as a couple did comprise a lot of doubts regarding their future.

As Tami got married quite young and had her daughters at a young age as well, she wasn’t sure if she wanted to walk down the aisle for the second time. In fact, when they appeared on ‘Marriage Boot Camp’ together, Reggie and Tami admitted to doing it to figure out whether they should get married at all or not. However, falling in love with Reggie changed her mind. In a 2018 interview with ‘Sister Circle Live,’ Tami mentioned, “I’m 48, and I don’t want to spend the rest of my life by myself. And this man genuinely loves me. And this is something that he wants and never experienced.”

She further added, “So I’d be selfish to not travel down that road with someone who I really love and who loves me.” While on the show, Tami and Reggie also state that they were pregnant in early 2015, only to reveal later that they sadly suffered a miscarriage after over 10 weeks of pregnancy. Tami hinted that it was due to possible health issues suffered by Tami, i.e., diabetes, hypoglycemia, high blood pressure, and a prolapsed uterus. That was a tough time for the couple, but they managed to pass through it stronger and eventually also began leaning towards the possibility of opting for surrogacy.

Tami and Reggie appeared in season 6 of the show ‘Basketball Wives’ in 2017, where the couple again had an interesting journey. While their prospects of getting married and having a child remained an important aspect of their presence in the show, the relationship between the couple and Tami’s daughters also took center stage. However, the couple managed to balance their relationship in this aspect as well, and it was revealed in 2019 that they secretly got married in 2018.

Reggie and Tami reportedly got married in Las Vegas in August 2018 and preferred to keep it a secret for a year until they were both prepared to finally reveal it to their fans. And now that the couple is away from both the shows, their fans must be eager to know the latest developments in their relationship, and we’ve covered just that!

Are Tami and Reggie Still Together?

Yes, Tami and Reggie are still together. The couple will celebrate their fourth wedding anniversary in August 2022. Tami also often posts photos of them together, thanking Reggie for his love, support, and healing presence in her life. Tami got her own solo hour-long spin-off show in 2019 titled ‘Tami Ever After,’ where the couple shares the details of their wedding and showcase how they go on with their chaotic yet fun life after that. 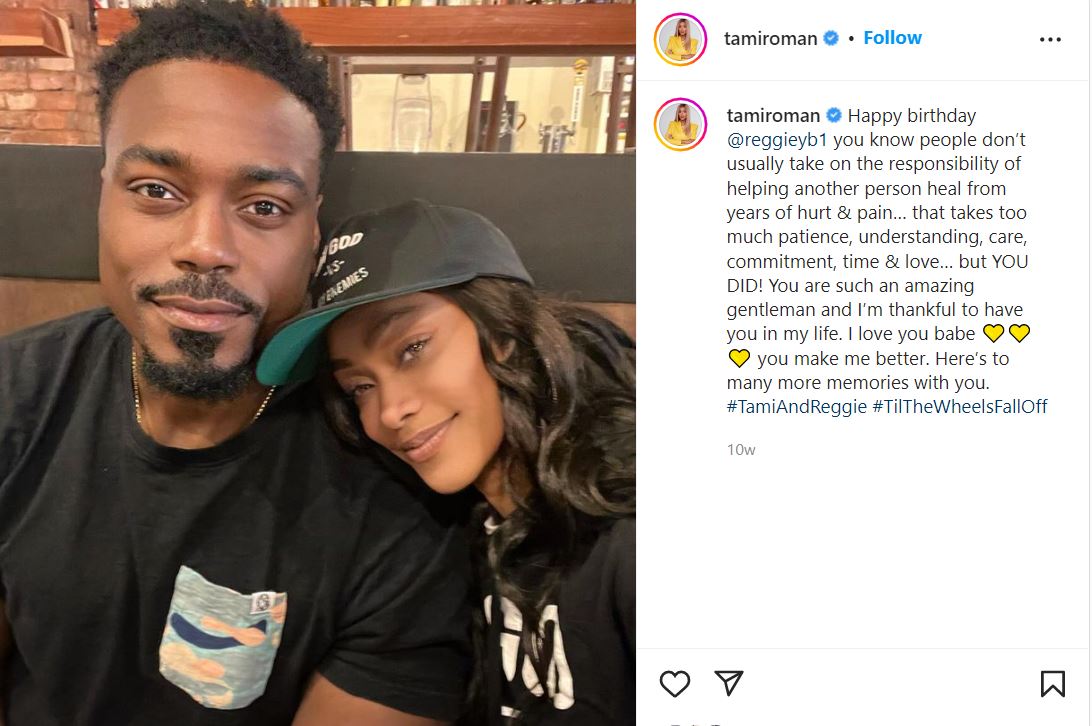 Tami excitedly told People, “I’m truly excited that my fans will finally get an opportunity to see my crazy family dynamic with my children, Lyric, Jazz, and my boyfriend Reggie. It feels good that I have the opportunity to do something a little different in the reality TV space.” The couple also made headlines in November 2021 when in an episode of ‘The Real,’ Tami revealed that the couple “paused” their plans of surrogacy, and she “offered” him the chance to “go find someone to have a child with.”

Tami stated that the choice was made since having a kid at that time would not be a smart idea given her career, which was in a good place. She thought co-parenting was an excellent concept, and she would choose that option if her husband was okay with it. Reggie, however, opted against taking that route since he didn’t feel comfortable with it. Reggie maintained his decision, saying, “I don’t want that. I fell in love with you, you’re the woman that I’m going to spend the rest of my life with, and if God put me here and I’m not supposed to have children, then that’s what it is.”

Tami later clarified her previous statement and said that she did not recommend that Reggie finds a girlfriend and gets attached to her to have a baby. She only meant that taking some time off emotionally would be helpful for him to find a surrogate and have a healthy child. Elaborating on that, she said, “We tried to have a child together. We ultimately ended up having three miscarriages. Now, I am 51 years old. Do I want to have a child with my husband? Absolutely, but if we chose to use a gestational carrier, there’s a very strong possibility, and I’m very thankful my physician was honest about this, that we could end up with a special needs child.” 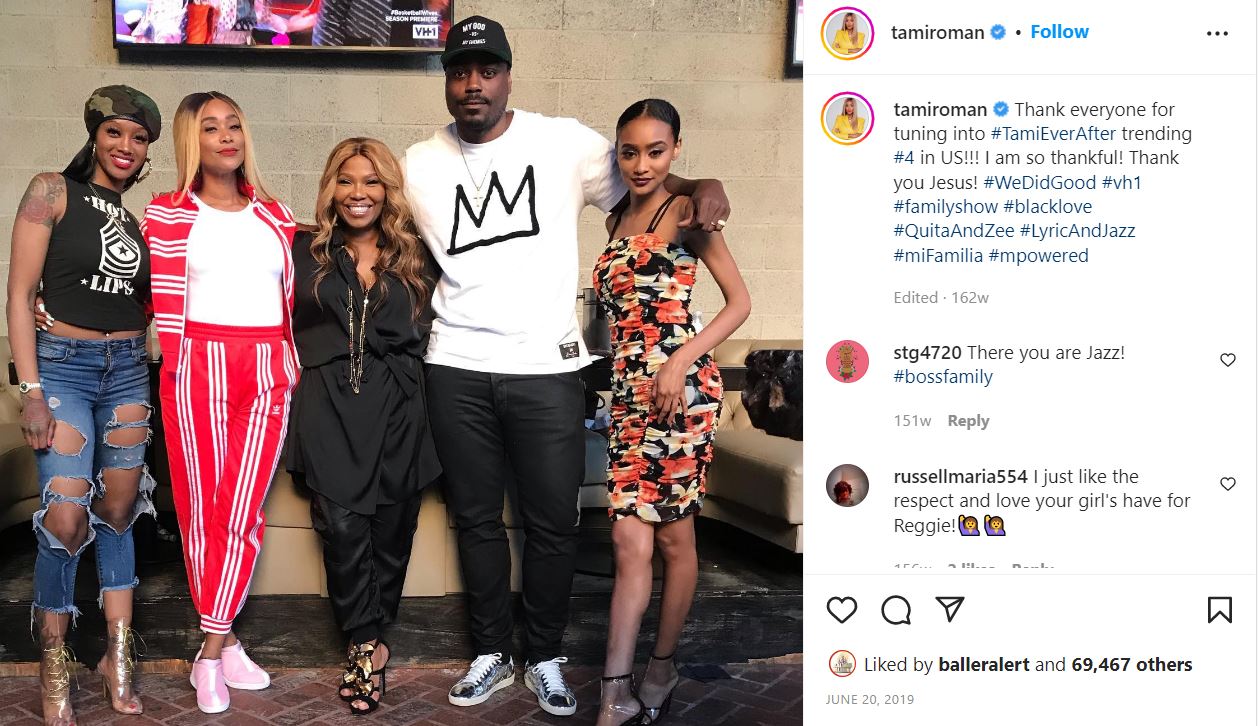 However, although the couple did not go through the process of having another child via any means, they are going strong and making the most of their life with Tami’s two daughters. They are growing strong, doing reality shows together, and keeping their presence alive in the entertainment industry. Tami is currently hosting the second season of the reality series, ‘Caught in the Act: Unfaithful,’ which airs on VH1. On the other hand, Reggie works in the trucking industry, where he owns his own company, and also appears on several reality shows with his wife, Tami.

Read More: Are Angel and RoccStar From Basketball Wives Still Together?