Is The Dickens Bar Real? Are Tender Bar’s Uncle Charlie and JR Based on Real People? 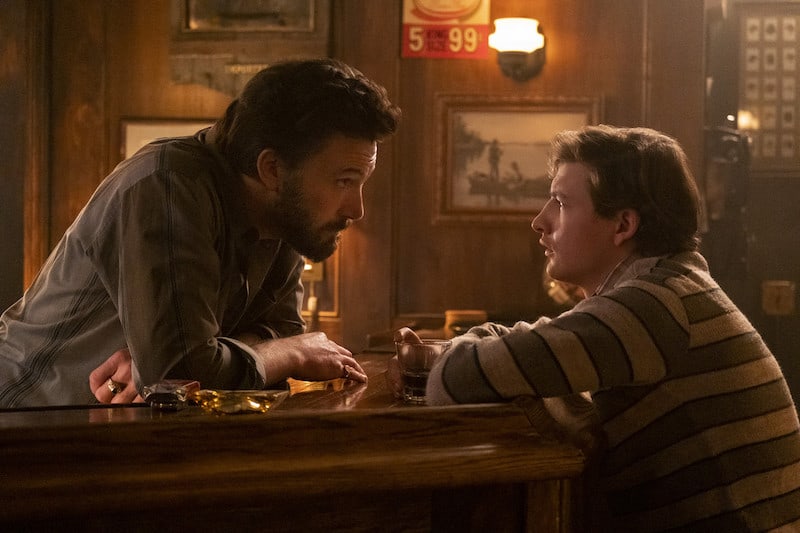 ‘The Tender Bar’ tells the coming of age story of JR, who grows up under the surprising tutelage of his Uncle Charlie. Spending countless hours at his uncle’s bar, JR begins to get life advice from the regular patrons, which goes on to inform much of his early life and work as a writer. The film examines two periods, oscillating between an impressionable young JR and his college-going adolescent counterpart.

Throughout the narrative, the protagonist’s uncle plays a pivotal role in the young writer’s life, dispensing timely advice and partially filling the role of a father figure. The story is heartfelt, and the film’s central uncle-nephew dynamic seems to have a touch of truth to it. Let’s see if Uncle Charlie and JR from ‘The Tender Bar’ are based on real people. SPOILERS AHEAD.

Are Uncle Charlie and JR Based on Real People?

Yes, Uncle Charlie and JR are based on real people. ‘The Tender Bar’ is based on John Joseph “J.R.” Moehringer’s memoir of the same name. As seen in the film, Moehringer grew up in Manhasset, New York, where he was raised by a single mother. His career as a journalist began as a news assistant at The New York Times, but Moehringer was already writing about the people he met at his uncle’s bar by the time he was fifteen. He eventually became the national correspondent for the Los Angeles Times.

Apart from the eclectic story of his own adolescence, Moehringer has penned profiles of people as diverse as bank robber Willie Sutton, Nike co-founder Phil Knight, and tennis icon Andre Agassi. In 2000, he won the Pulitzer Prize for newspaper feature writing, and his memoir, ‘The Tender Bar,’ was published in 2005. In 2021, it was announced that Moehringer would help write the memoir of Prince Harry, the Duke of Sussex.

Interestingly enough, the character of Uncle Charlie, essayed by Ben Affleck in the screen adaptation of the memoir, is also based on a real person. Growing up, Moehringer spent countless hours at the bar his Uncle Charlie bartended at.

In reality, some of the other regulars at the bar that Moehringer has fond memories of include the bartender Joey D., Smelly, Cager, and Bob (sic). In an interview on N.P.R, the author revealed — “I spent a lot of time at that bar learning different lessons about manhood, about courage, about character from those guys.”

Is The Dickens a Real Bar?

Since both JR and Uncle Charlie are based on very real people, it should come as no surprise that the eponymous bar from the film, christened The Dickens, also exists in real life. Moehringer spent many memorable hours with the regular clientele and employees of the establishment, and much like seen in the movie, the bar his Uncle Charlie worked at was Moehringer’s go-to spot in his younger days.

In reality, the bar was called Dickens, but underwent changes over the years and is now named Publicans.  Though the place has undergone a substantial facelift, the bar still sits at the very same spot on 550 Plandome Road in Manhasset, New York.