Are The Watcher’s Mo and Mitch Based on a Real Couple? 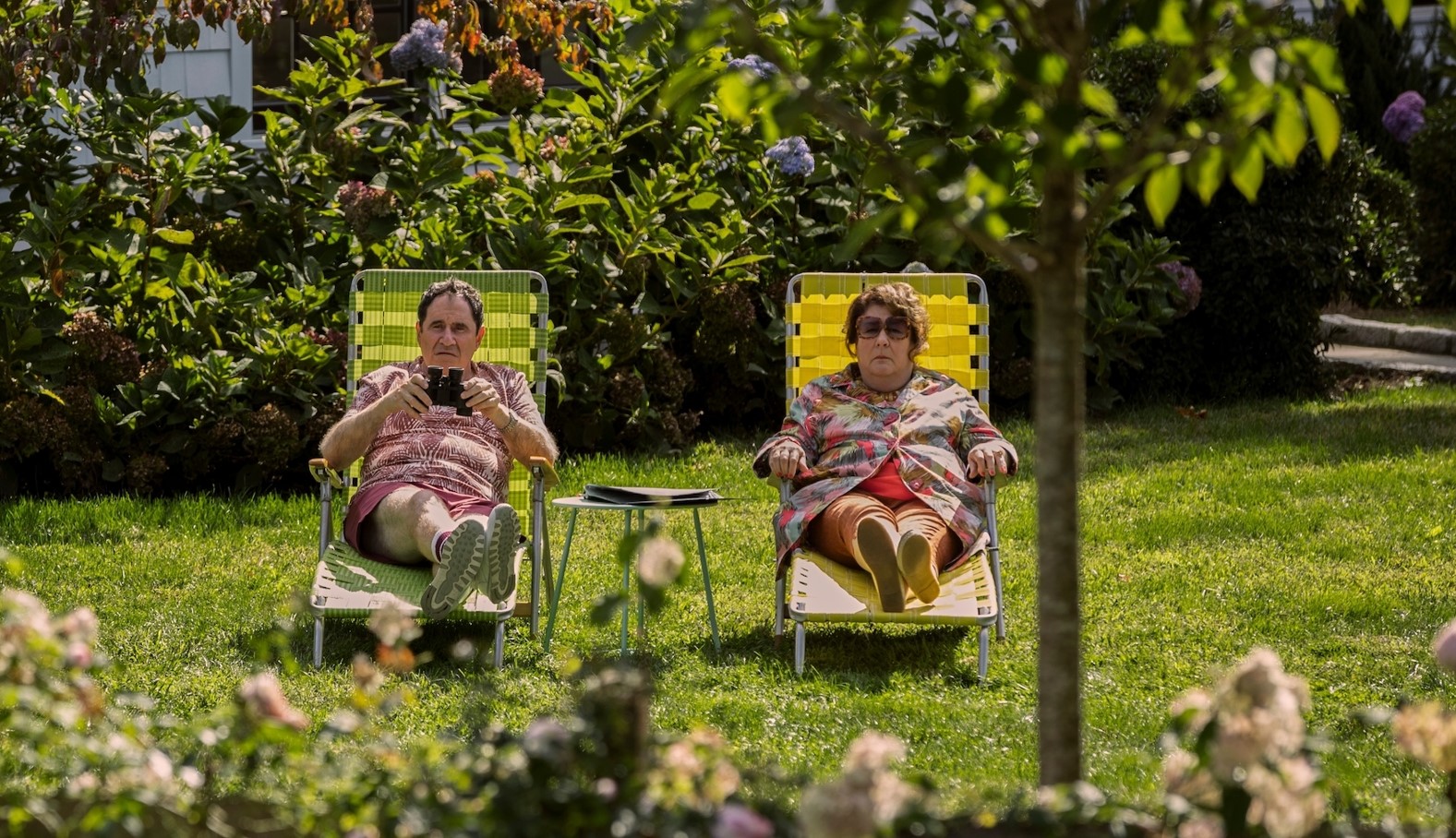 Netflix’s ‘The Watcher’ follows Dean (Bobby Cannavale) and Nora Brannock (Naomi Watts), who purchase their dream house in Westfield, New Jersey, spending almost all their savings. But as soon as they move in, they start receiving disturbing letters from someone identifying as the Watcher. They claim that they have been watching the Brannock home for generations.

Even before the arrival of the letter, Dean and Nora realize that they have unconventional neighbors, including Mo (Margo Martindale) and Mitch (Richard Kind), the couple that shares a property border with Brannocks. If you are wondering whether Mo and Mitch are based on real people, we got you covered. SPOILERS AHEAD,

Are Mo and Mitch Based on a Real Couple?

The Netflix series is based on author Reeves Weideman’s 2018 article published in New York Magazine’s The Cut, which documents the real-life ordeal of Derek and Maria Broaddus. They purchased 657 Boulevard in June 2014 from the previous owners, the Woodses, for $1.35 million. But soon after, they received their first letter from the mysterious stalker.

“657 Boulevard has been the subject of my family for decades now and as it approaches its 110th birthday, I have been put in charge of watching and waiting for its second coming. My grandfather watched the house in the 1920s and my father watched in the 1960s. It is now my time. Do you know the history of the house? Do you know what lies within the walls of 657 Boulevard? Why are you here? I will find out,” the Watcher wrote.

Two more letters came, making the Broadduses afraid for their safety. They went to the authorities after the first letter arrived, but the investigation revealed little. The identity of the Watcher continues to be a mystery even today.

“657 Boulevard is anxious for you to move in. It has been years and years since the young blood ruled the hallways of the house. Have you found all of the secrets it holds yet? Will the young blood play in the basement? Or are they too afraid to go down there alone. I would [be] very afraid if I were them. It is far away from the rest of the house. If you were upstairs you would never hear them scream,” the second letter stated.

The Broadduses put the house back on the market only six months after the purchase. For five years, it remained unsold because of the infamy it had garnered. 657 Boulevard eventually sold in 2019, incurring a loss of over $400,000 for the Broaddeuses.

Mo and Mitch are indeed based on real people, though considerable creative liberty has been taken in their creation. Bill Woodward, the housepainter, saw the husband of the couple that lived behind 657 Boulevard sitting on lawn chairs facing toward the Broaddus’ property instead their own. The couple had lived there for 47 years. One of their children married a man who was brought up in 657 Boulevard. However, the part about Mo and Mitch being members of a blood cult appears entirely fictional.

Read More: Why Does Theodora Wear Gloves in The Watcher?