Why Does Theodora Wear Gloves in The Watcher?

Portrayed by Noma Dumezweni, Theodora Birch is an important character in Netflix’s ‘The Watcher,’ a true crime series based on author Reeves Weideman’s 2018 article published in New York Magazine’s The Cut. The show’s narrative revolves around Dean (Bobby Cannavale) and Nora Brannock (Naomi Watts), who buy their dream home in Westfield, New Jersey, but it soon turns into a nightmare when they start receiving disturbing letters from someone describing themselves as the Watcher. They claim that their family watched the Brannock family’s new home, 657 Boulevard, for generations and refer to Dean and Nora’s children as “young blood.”

Troubled by the letters, Dean and Nora contact the authorities, but that investigation leads nowhere. This is when Dean meets Theodora, a private investigator whom Detective Chamberland, the police officer in charge of their case, recommends. One unique aspect of her character is that she always wears a pair of gloves. Here is everything you need to know about it. SPOILERS AHEAD.

Why Does Theodora Wear Gloves?

The fashionable British private investigator is introduced in episode 2. Theodora is surprisingly open about her life, for a sleuth. She used to be a jazz singer with a severe drinking problem. When her husband gave her an ultimatum to choose between him and alcohol, she chose the latter. And then, one day, she had a heart attack on stage while performing and was medically dead for 10 minutes. Theodora subsequently entered rehab and found a new addiction — solving murder mysteries.

Theodora was later diagnosed with liver cancer. When she convinces Dean to hire her, she speaks about how her time on Earth is limited and how she wants to leave her daughter and grandchild in better financial condition than they currently are. In the course of the series, she becomes a confidant to both Dean and Nora. When the Brannocks begin to have marital issues, she continues to advise Nora. However, the case remains unsolved when she falls too sick to continue investigating. On her deathbed, Theodora seemingly confesses to Dean that she is the Watcher. But it is revealed she lied about that in the hopes of giving Dean a sense of closure, knowing he would obsess about the unsolved mystery otherwise. 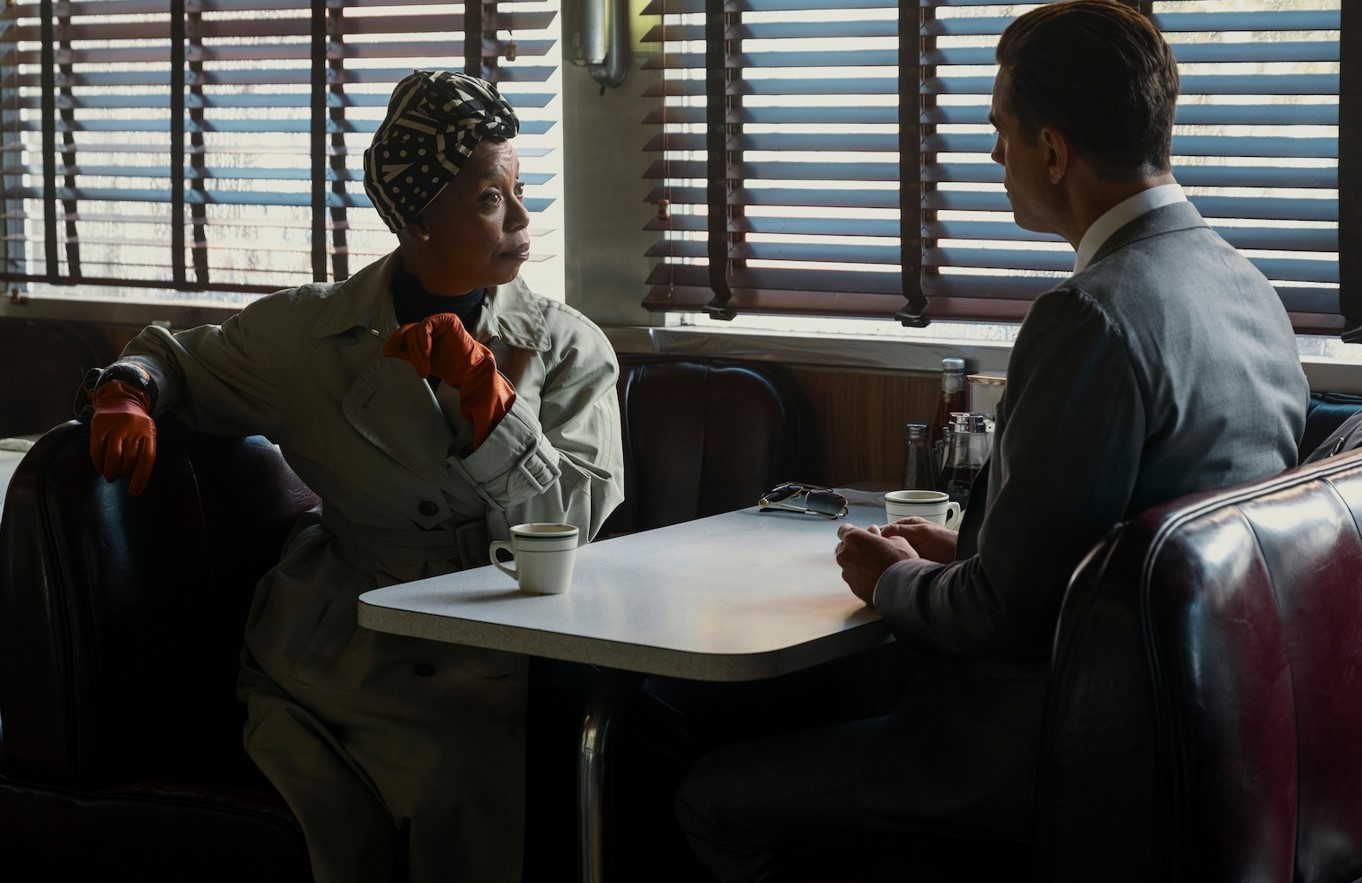 Theodora probably wears the gloves for the same reason she wears a coat in almost all the scenes — to deal with the chilly weather of New Jersey and New York. She has been diagnosed with terminal liver cancer, so her immune system must be weak as well, and the extra layer of clothes probably helps her navigate the issue.

We see Theodora without gloves at the hospital, where she is in a controlled environment. We also see her without any gloves in the flashback scene where she claims that she is the Watcher. The gloves also serve as a method to misdirect the audience. In the glimpses we get of the stalker, we see them wearing gloves. If the audience combines this with the revelation that the DNA samples on the Watcher envelopes belong to a woman, it’s easy to draw the conclusion that Theodora is the Watcher, even if that is not the case.

Read More: John and Andrea Woods Now: Where Are the Ex-Owners of The Watcher House Today?