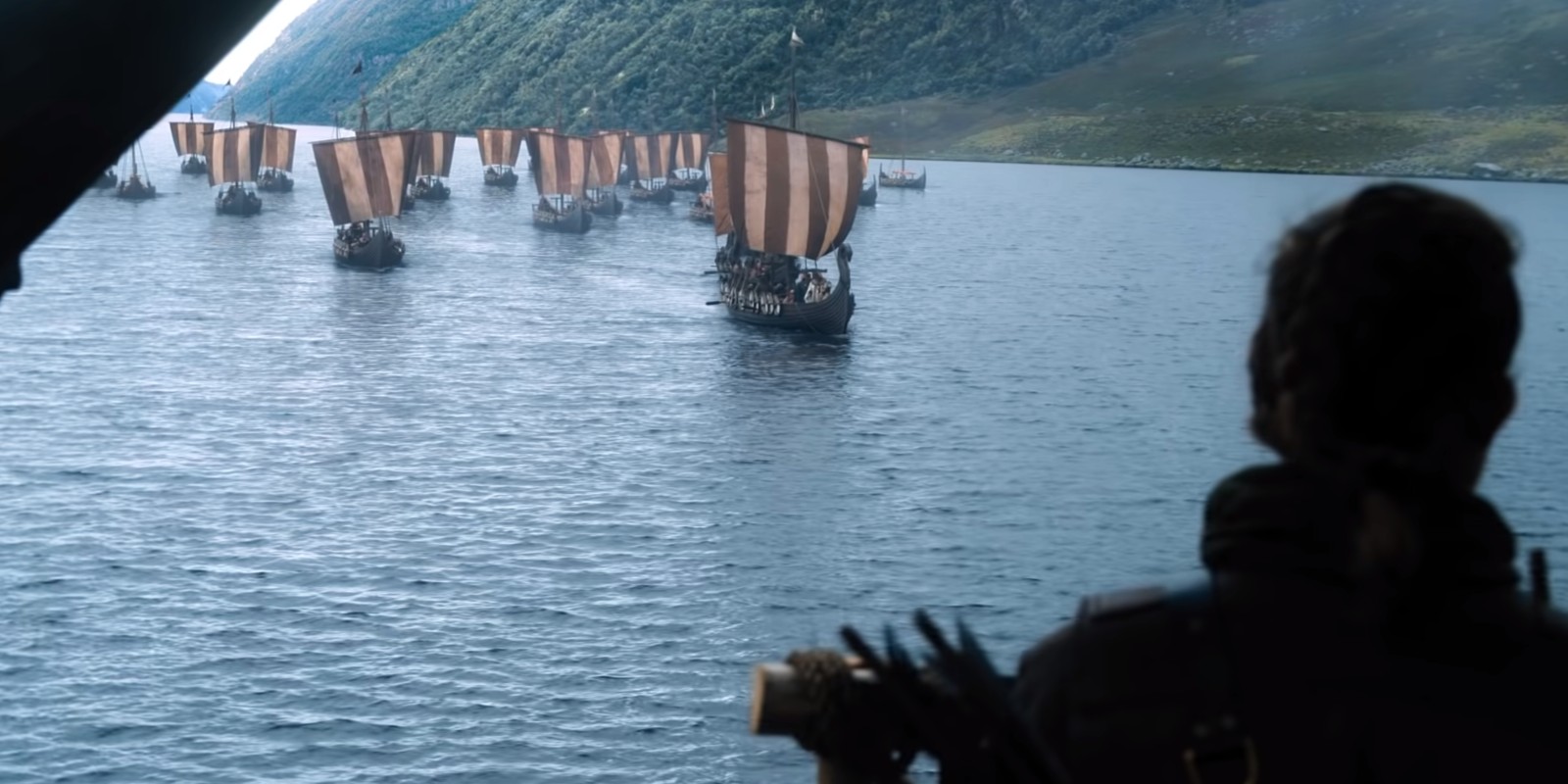 ‘Vikings: Valhalla,’ set roughly a hundred years after the events of ‘Vikings‘ created by Michael Hirst, follows a group of Norsemen in their quest for power and glory across Europe and beyond. The riveting sequel is created by Jeb Stuart and deals with various conflicts faced by the Vikings. As the narrative progresses, viewers see three crucial locations: Danelaw, Kattegat, and Uppsala. Each of these locations furthers a different storyline and is connected to Viking history. Therefore, viewers must be wondering about their semblance to reality. If you are wondering whether Danelaw, Kattegat, and Uppsala in ‘Vikings: Valhalla’ are based on real locations, here’s everything you need to know! SPOILERS AHEAD!

‘Vikings: Valhalla’ opens with a recreation of a harrowing incident from the Viking history known as the St. Brice’s Day massacre. Viewers visit Danelaw, a Viking settlement in England. Despite living in the country for years, King of England Aethelred II orders the execution of all Vikings in the country. The English soldiers lay waster to Danelaw and murder every last Viking at the settlement, thereby setting the show’s events into motion. After that, the scene shifts to Kattegat, near Denmark, where King Canute gathers various Viking tribes to avenge the death of their people in England. Later on, a battle for control over Kattegat emerges among the Vikings. Lastly, the city of Uppsala plays a crucial role in Freydís Eiríksdóttir (Frida Gustavsson) discovering her destiny.

Danelaw (also known as Danelagh or Danelaga) is the term used to refer to the region of Anglo-Saxon England colonized by the Vikings. The Danish and the Norsemen occupied the various small locations in northern and eastern England. These places were collectively known as Danelaw. Danelaw mainly existed between London and Chester, with Leicester, Nottingham, Derby, Stamford, and Lincoln being some of its strongholds.

Moving on to Kattegat, a major city in the events of ‘Vikings: Valhalla’ and its prequel, isn’t actually a city in reality. It is an area of the sea between the Jutlandic peninsula, Denmark, the Baltic Sea, and Sweden. However, like its fictional counterpart, the real-life Kattegat is also known for being home to many important harbors in the region. Not much is known about Kattegat’s history before the Middle Ages. In the modern age, Kattegat experienced an ecological collapse due to various reasons.

Finally, Uppsala is a real city in Sweden’s Uppsala County. It is the fourth largest city in the country and is located some 71 km from the capital city of Stockholm. Uppsala is also one of the most ancient cities in Sweden, and its origins date back to as far as the 3rd century. During this time, the city (then known as Gamla Uppsala or Old Uppsala) developed into a religious center, and the same is true for the show’s interpretation. The Temple at Uppsala was a major worshiping and pilgrimage center for the Pagans until 1080, when it was destroyed by King Inge the Elder. Presently, Uppsala is a modern and prosperous city known for its educational institutes and museums.