Who is Astronaut on The Masked Singer? New Clues and Guesses 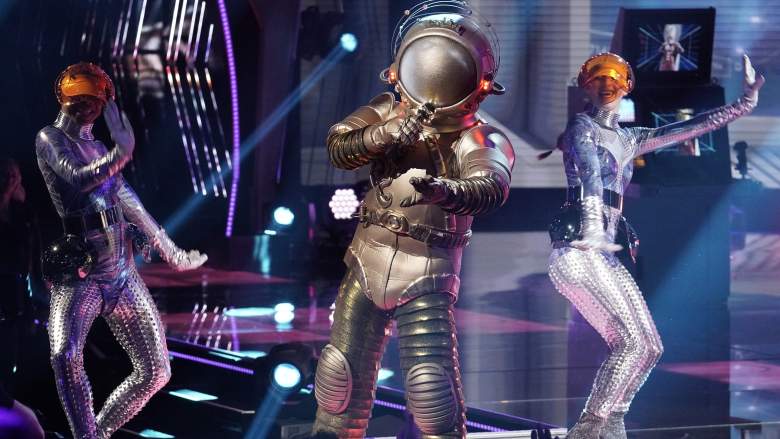 Astronaut has traveled through the competition with relative ease before meeting Turtle. In one of the most evenly matched face-offs in ‘The Masked Singer’ Season 3, we saw the performer falter for the first time. However, he quickly recovered and beat Kangaroo to progress to the Battle of the Sixes. Combining great singing prowess with stellar stage presence, Astronaut has entertained us throughout the competition. Naturally, you might be curious about who’s wearing the Astronaut outfit. We have got you covered with the latest clues and guesses.

Who is Astronaut on The Masked Singer: Clues

Astronaut’s latest appearance has been in the singalong episode. The performer walks us through some of the older clues. We see the constellation, the vinyl with the picture of the earth, that is shattered, and the pair of dice. Astronaut makes a lot of gravity puns throughout as he explains how much he’s enjoying being a part of the competition. We also learn that he’s ultimately a very down to earth guy, and likes putting his twist on some of the songs. Check out the clue package below.

Astronaut on The Masked Singer: Guesses

Based on the clues, it remains clear that Hunter Hayes is indeed the Astronaut. After all, the Orion belt is a reference clear to mythology fans. According to Greek mythology, Orion is a hunter, which hints at the celebrity’s first name. The dice and the shattered vinyl with a picture of the world can be interpreted together. Hunter Hayes happens to have a Guinness World Record for ten performances within 24 hours. Naturally, the vinyl refers to the world record and the dice hints at the number of performances that helped Hayes make this record. Notably, host Nick Cannon had earlier stated that among the performers, there is one Guinness World Record holder.

Despite the celebrities being extremely accomplished, the world record remains an elusive feather in many hats. Thus, it is most likely that Hayes is Astronaut, based on the number of references to the world record the singer makes. You can check out a fan’s tweet about Hayes being Astronaut, below.

Astronaut also offered an extra clue, saying, “If you’re looking for a clue to my identity, all you have to do is keep your eye on these eyeballs.” We see some brightly colored birds on the screen at the same time. One fan has smartly pointed out that Hayes’ first album is titled ‘Through My Eyes,’ which is probably what Astronaut hints at, in the additional clue. Check out the tweet below.

Even from the latest set of clues, it seems clear that Astronaut is indeed Hunter Hayes. Many fans have also pointed out how the voice is easily identifiable. That said, Astronaut is also one of the most energetic performers, who we expect to remain for some time. Therefore, one can expect more clues before the singer is finally unmasked. Undoubtedly, the new hints will help us in determining the identity of the celebrity in the spacesuit.