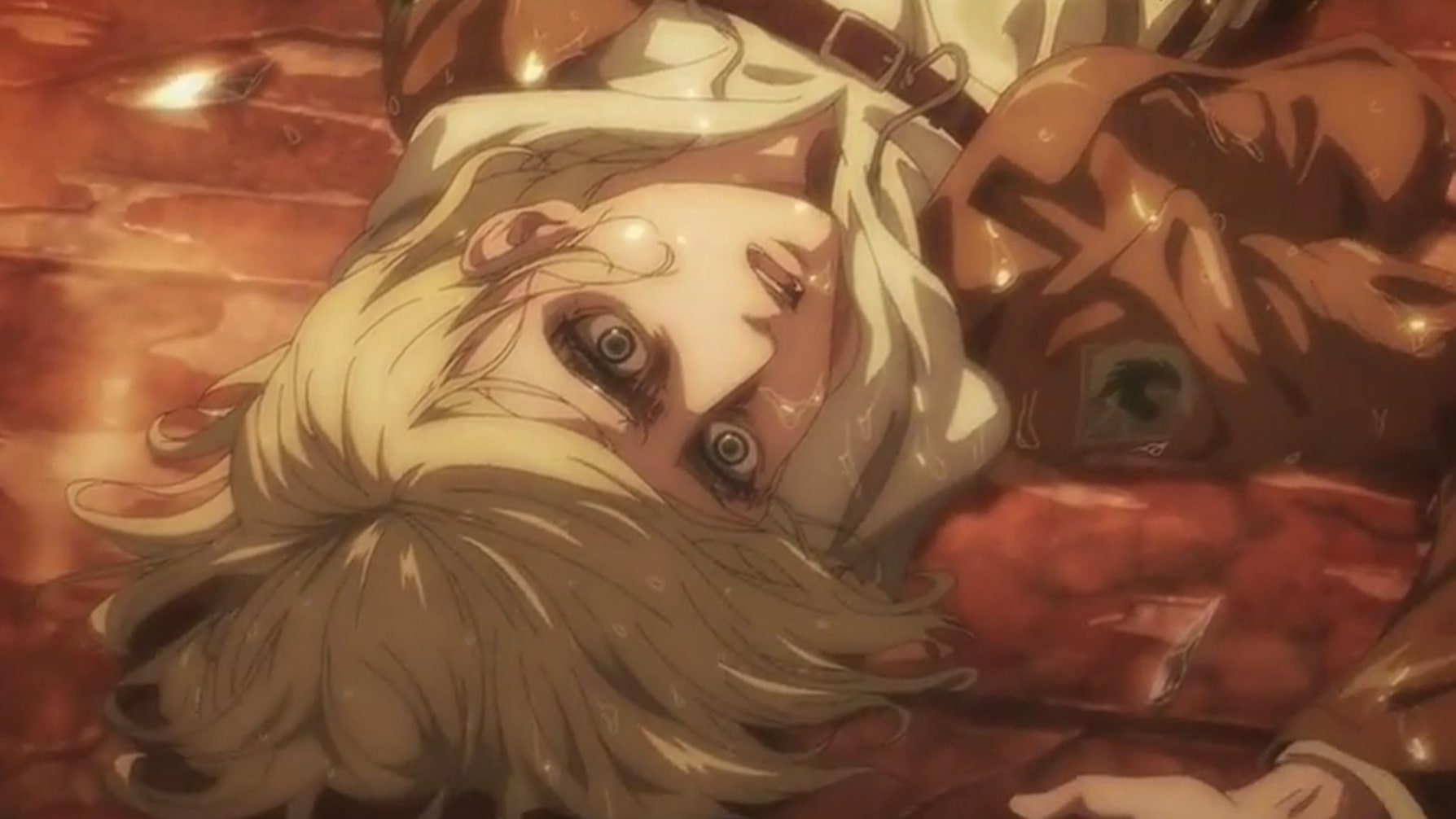 In the 22nd episode of ‘Attack on Titan‘ season 4, the giant Titans hidden inside the walls finally break free from their centuries-long slumber and begin to march towards the rest of the world to exterminate every single living human. Meanwhile, things spiral out of control on Paradis Island as Pure Titans begin to attack and eat Eldians. The Yaegerists arrest Yelena and her volunteers, and in the final moments of the episode, Annie is finally freed as Eren undoes all the hardening after starting the rumbling. Here is everything you need to know about the ending of ‘Attack on Titan’ season 4, episode 22. SPOILERS AHEAD!!!

Eren, who has acquired the Founding Titan and started the rumbling, uses his newfound powers to assemble all the Eldians in the Coordinate. He addresses the people as the Subjects of Ymir and opens up about his plan to protect Paradis Island. While rejecting the genocidal agenda of the allied forces, Eren vows to exterminate all life outside the island. As people come to terms with the haunting reality and the gravity of Erens’ words, a sense of helplessness overcomes everyone who wishes to stop the anti-hero’s maniacal plan. 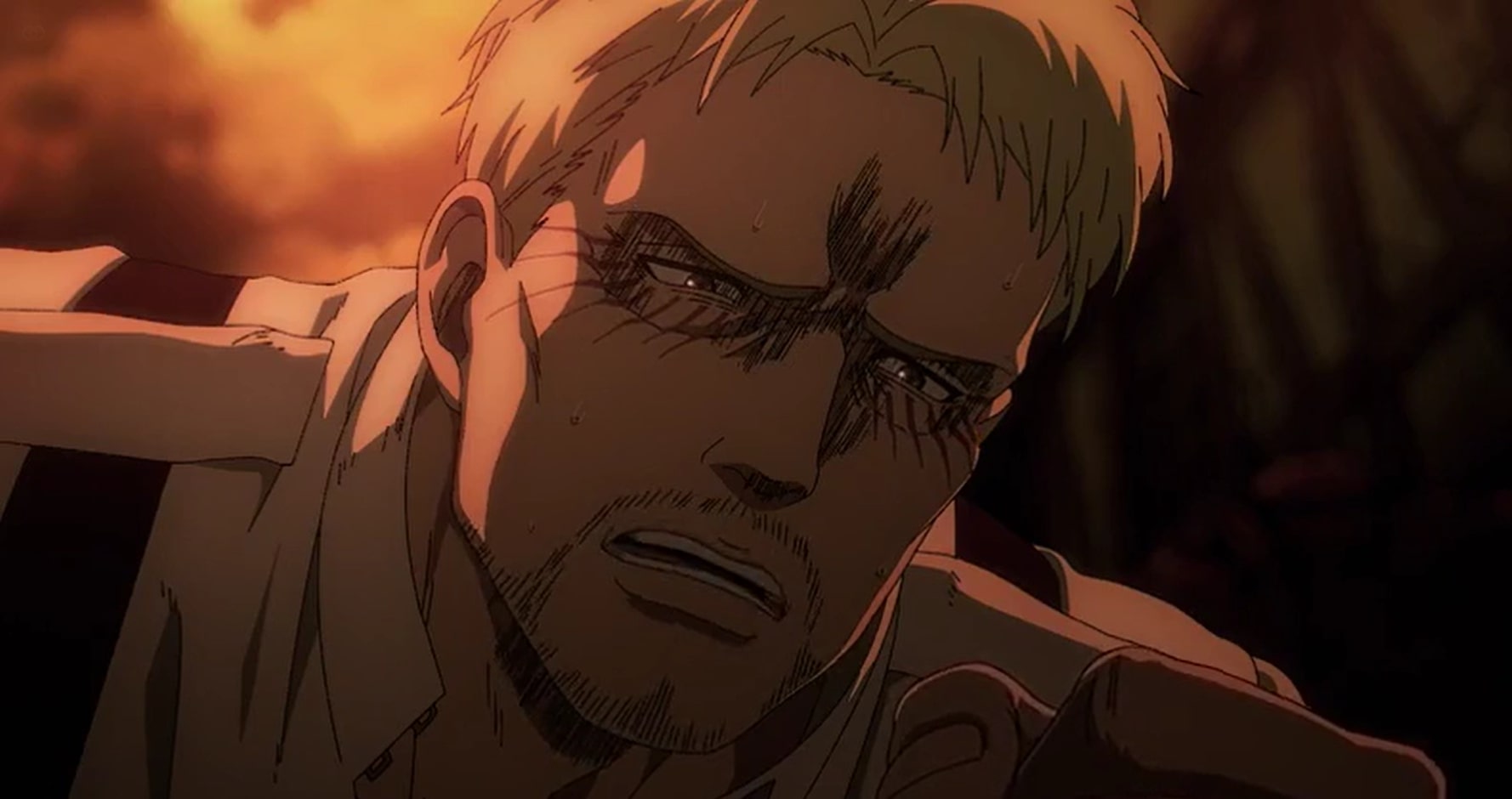 While searching for Falco, Reiner suddenly realizes that he is probably kidnapped by Connie and Jean as he has inherited the Jaw Titan. The holder of Armored Titan appears defeated and completely dejected, knowing he could not stop Eren. Gabi, who is with him, is shocked to see that Reiner has given up all hope and no longer has the strength to fight. So, leaving him behind, she begins a solo search for Falco. Meanwhile, Connie, Jean, Armin, and Mikasa are finally coming to terms with Eren’s big plans.

As Reiner had guessed, an unconscious Falco is with them. When they begin to discuss the possibility of saving someone’s life by feeding them the new holder of Jaw Titan, an altercation breaks out between Connie and Jean. Suddenly, the Pure Titans, who were created by Zeke, randomly start attacking everyone, and using this as an opportunity, Connie kidnaps Falco. Mikasa, Armin, and Jean are left with no other option but to defend themselves and fight the Pure Titans. 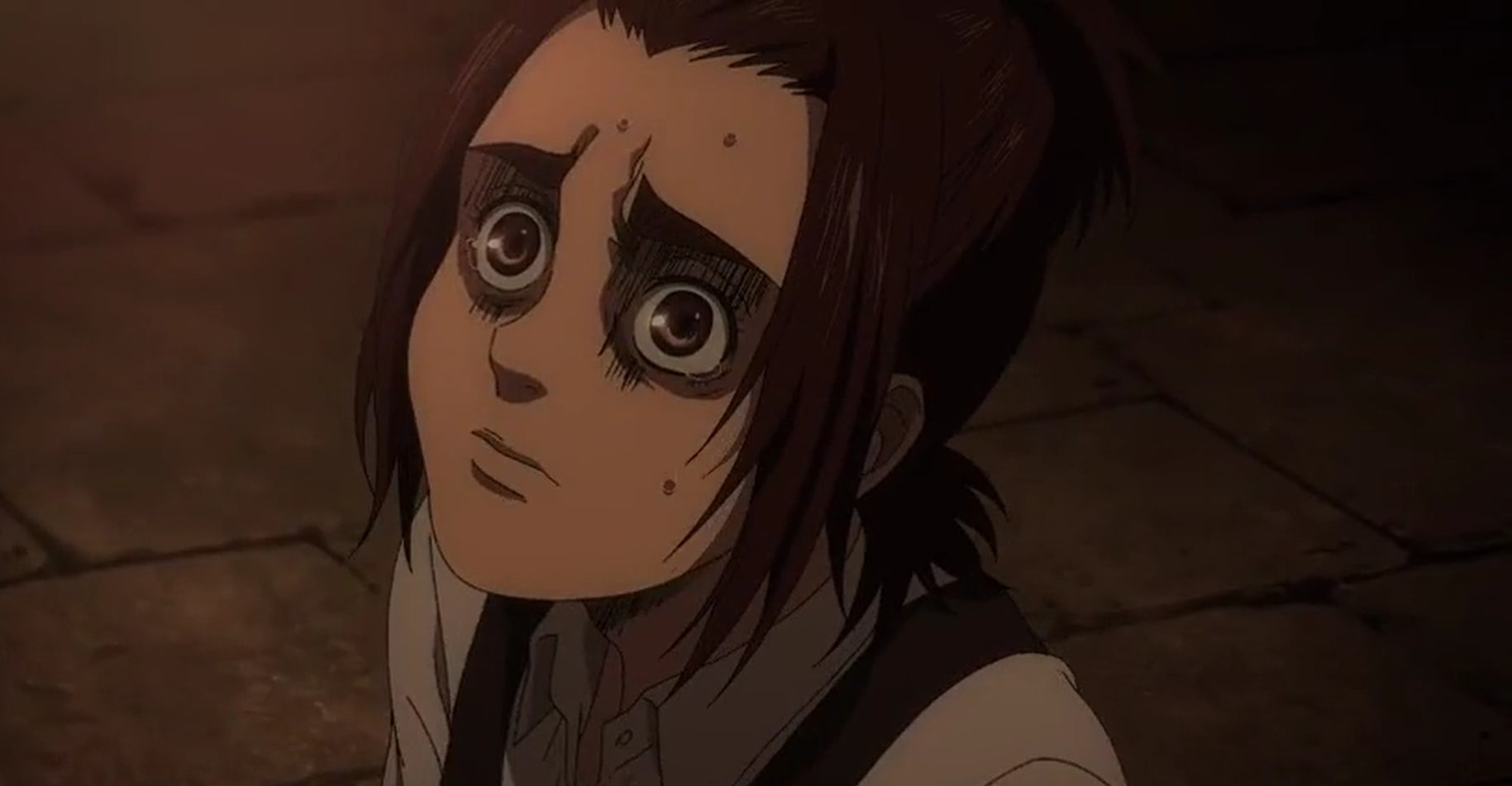 At the same time, Kaya’s family is chased by a Titan, and she is about to be devoured when Gabi comes to her rescue and saves her life. The two finally have a reasonable conversation and appear to finally realize that they are not that different after all. Meanwhile, the brave Eldians start an all-out battle with the Pure Titans created by Zeke and manage to kill every single one of them. Artur Blouse takes Armin and Mikasa to meet Gabi. The warrior candidate begs the two to return Falco, but when she learns that Connie has kidnapped him, Gabi is left dumbfounded. Elsewhere, Annie finally wakes up after the hardened shell that protected her for years melts away.

Dot Pixis dies in ‘Attack on Titan’ season 4 episode 22 titled ‘Thaw.’ The spine fluid used by Zeke to create Titans from Eldians soldiers is also drunk by the Garrison’s former Chief Official. So, when Zeke uses his scream to turn soldiers into his army of Pure Titans, Dot is also one of those people. Zeke’s dormant soldiers go out on a rampage just moments after Eren leads wall Titans away from Paradis Island. 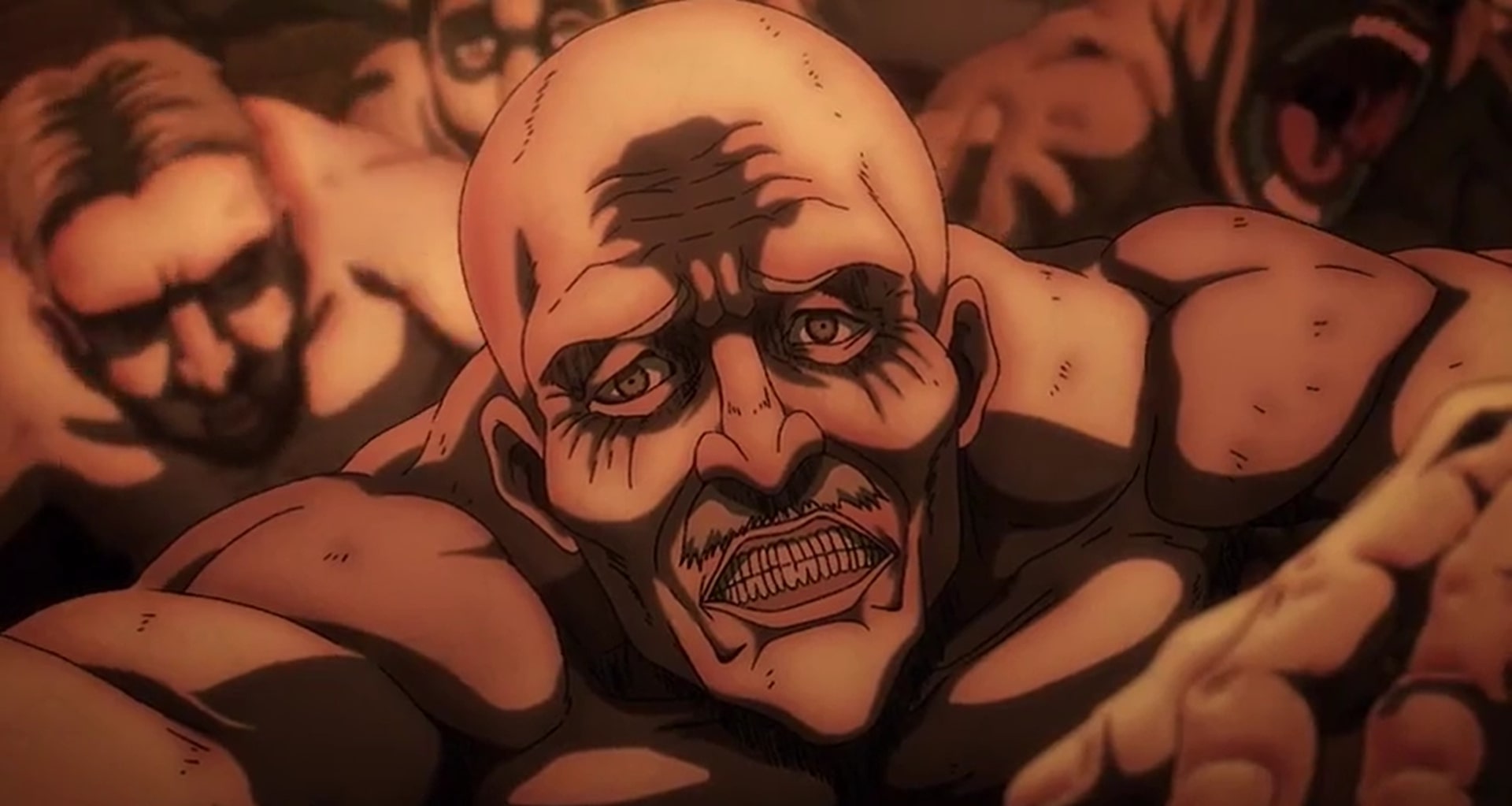 The out-of-control Titans attack and devour everything that comes in their way, and it appears that Eren has no authority over them for some reason. With their back against the wall, Mikasa, Armin, Jean, and the rest of the Eldian soldiers led by head instructor Keith Shadis begin to fight back. The Pure Titans surround Shiganshina’s military headquarters, and Dot Pixis is also with them.

Armin, who is fighting alongside Jean and Mikasa, immediately recognizes the Commander but knows that he can no longer help him. Before taking Dot’s life, he thanks him for his service and his leadership that has helped the Eldians immensely over the years. A few moments later, he fires a Thunder Spear on his nape and takes down Dot Pixis.

Why does Connie Kidnap Falco?

After the rumbling begins, Connie, Jean, Mikasa, and Armin are standing on the rooftop, watching the drama unfold and discussing their perspective on Eren’s plan. With unconscious Falco in captivity, they begin to discuss the possibility of saving some of their comrades. Jean proposes that they can feed him to Commander Pixis, but Connie immediately protests. 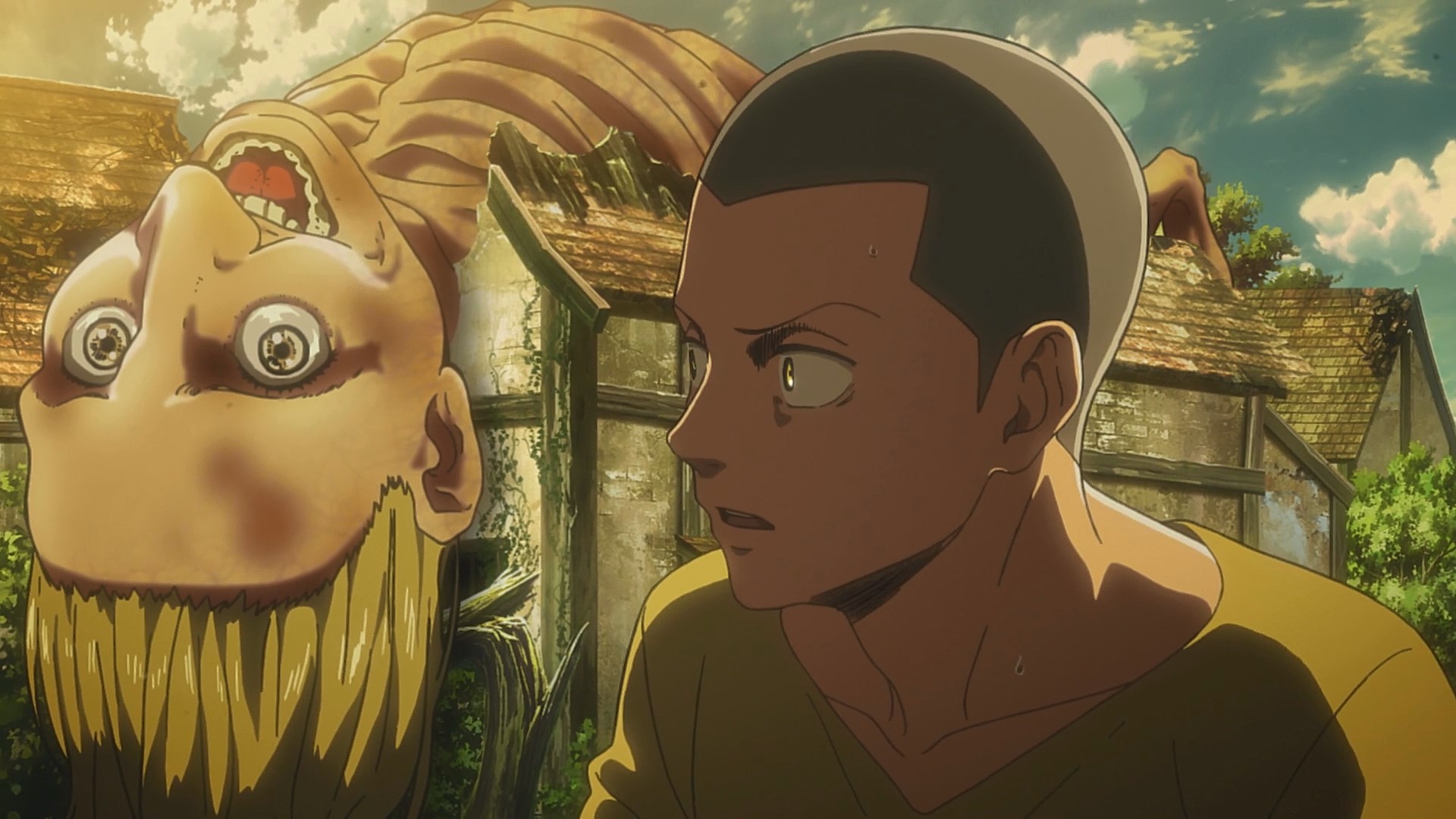 He argues that only her mother should be allowed to devour Falco so that she can finally lead a normal life after suffering for years as an abnormal Titan. Armin offers a different perspective on the issue by interjecting that they can’t afford to kill Falco and start an unnecessary conflict with Reiner and the Cart Titan. His argument is reasonable since the whole world is falling apart right in front of them.

But Connie ignores all reservations and concerns. As soon as one of the Pure Titans heads towards them, he uses that as a chance to escape. After kidnapping Flaco, he most likely heads immediately towards his village to save his mother.