The 19th episode of ‘Attack on Titan‘ season 4 begins with Zeke falling from the wall after getting stuck by Anti-Titan Mobile Artillery launched by General Magath. However, it is soon revealed that Beast Titan survives the violent blow near its nape. Meanwhile, Eren’s Founding Titan struggles with Galliard’s Jaw Titan and Reiner’s Armored Titan. However, when Zeke is about to let out his feared scream to turn people who have consumed his spinal fluid into Titans, Colt begs him to spare Falco’s life. Here is everything you need to know about the ending of ‘Attack on Titan’ season 4, episode 19. SPOILERS AHEAD!!!

After Zeke’s fall from the wall, with his fate unknown to those near him, Eren becomes very violent. As he tries to reach out to his half-brother, Galliard’s Jaw Titan bites his leg and appears to be eating it. However, the Founding Titan uses hardening on his hands and violently smashes Jaw Titan’s skull. As Galliard seems to be grasping for his life, Reiner’s Armored Titan attacks Eren and wrestles his Titan on the ground while begging Galliard not to give up. Suddenly Zeke’s Beast Titan wakes up and is about to turn people who have consumed his spinal fluid into Titans when Colt and Falco run towards closely followed by Gabi and begs him to wait. 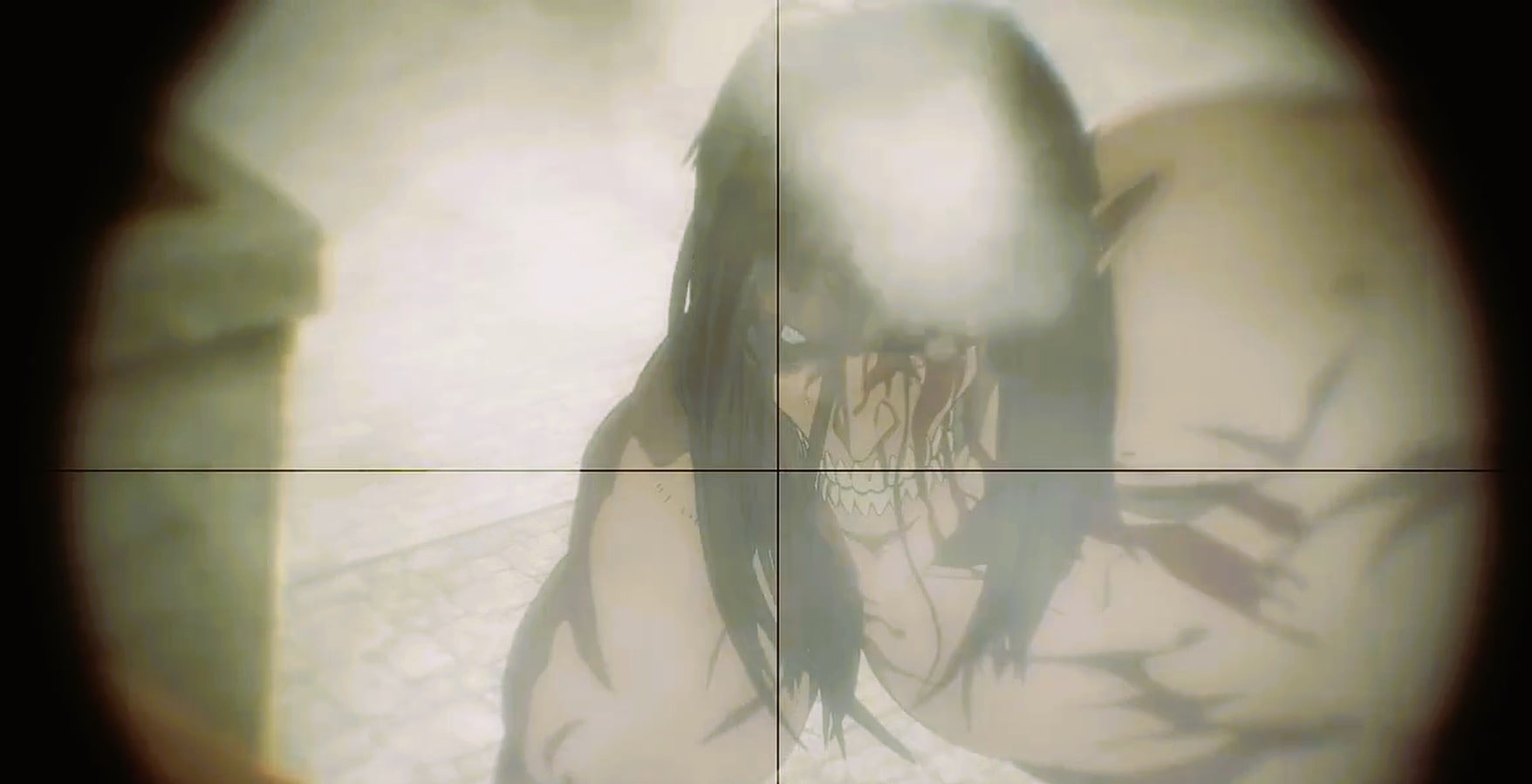 Colt argues that he must not bring children into the conflict and give Falco the chance to run away far enough so that his scream does not affect him. Sadly, his appeal falls on deaf ears as Zeke’s Beast Titan lets out a cry for help turning Falco into a Titan. Colt, who has refused to leave his brother, is heavily injured in the process and dies moments later. Meanwhile, all the Eldian army men who have now turned into Titan start attacking the Marleyan soldiers turning the entire war on its head. Meanwhile, Zeke tells Falco to attack Reiner’s Armored Titan. Since he wants him to inherit his Titan, Reiner lets Falco attack his nape and has accepted his fate.

But in a strange turn of events, Galliard appears out of nowhere and deliberately gets noticed by Falco, sacrificing himself in the process so that he can inherit the Jaw Titan. Meanwhile, when Zeke is busy taking control of things on the ground, General Magath attacks him with another Anti-Titan Mobile Artillery attack and starts celebrating immediately afterward, believing that he has taken him down for good. However, it turns out that Zeke has just imitated Pieck’s trick and is waiting for Eren by hiding under Beast Titan’s carcass. His half-brother is the first to notice him and uses the hardening of the Founding Titan to freeze Reiner’s Armored Titan and runs towards Zeke in human form. 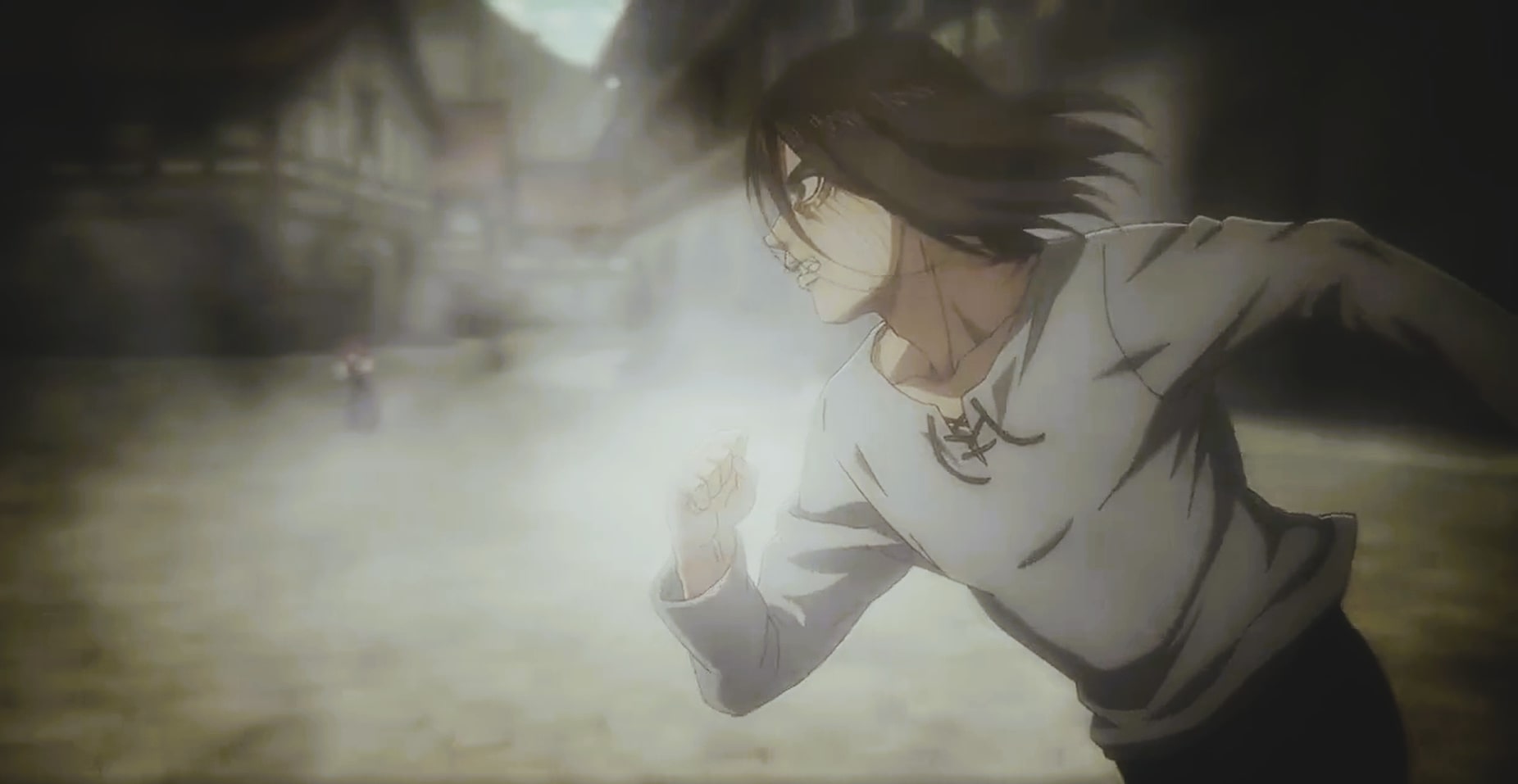 For a moment, it appears that stars have finally aligned for Eren to inherit all the powers of his Titan, but just as he is about to reach him, Gabi decapitates him using an anti-Titan artillery rifle. Luckily, all hope is not lost for Zeke as he takes Eren to the Coordinate after his head falls on his hands. He begs his half-brother to approach the young girl, who is actually Ymir Fritz, to take control of her powers and put the Eldian euthanization plan into action. However, Eren refuses to comply and confesses that he only sided with him to get the powers of the Founding Titan. But it turns out that Zeke was only testing his half-brother and reveals that he has already obtained the powers of the Founder for himself and has managed to nullify Fritz’s vow to renounce war.

Attack on Titan Season 4 Episode 19 Ending: How Did Zeke Obtain the Power of the Founding Titan? What Happened to Karl Fritz’s Vow to Renounce War?

A long time ago, Karl Fritz feared that the Power of Titans could be used for violence and destruction by his successors. So, in order to ensure that something like that never happens, he makes a vow to renounce war with the Founding Titan. According to it, his successors can inherit his powers, but they can never be used for retaliation, and if Marley were to become powerful enough to destroy Eldia, the people of Paradis Island must accept their fate. So, when Zeke arrives in the Coordinate, he is bound by the same vow at the time.

However, after spending time with the Founder in the unknown land, he managed to abolish Karl Fritz’s vow. If the people of royal blood were to try doing something like Zeke, they would have failed because their reasoning would have been tainted by the first king’s ideology. Luckily in the Coordinate, Zeke was not bound by the similar restraints on his reasoning, and since Ymir has no will of her own, he easily managed to convince her with all the time on his hand and obtained the powers of the Founder.

No, Eren does not die in ‘Attack on Titan’ season 4 episode 19 titled ‘Two Brothers.’ Since Gabi decapitates Eren using the anti-Titan artillery rifle, it’s natural for fans to wonder how the anti-hero survives such a fatal attack. When he is almost on the verge of dying, Eren’s decapitated head falls in Zeke’s hand, thus activating the Power of the Founding Titan. By the time the anti-hero wakes up from a long sleep in the Coordinate, Zeke has not only obtained the power of the Founder but also effectively nullified Karl Fritz’s vow to renounce war.

However, it is important to understand that time passes very slowly in the Coordinate. After Zeke is heavily injured following the thunder spear explosion in season 4, episode 15, he is actually saved by Ymir in the Coordinate, who slowly redevelops his body. It offers an essential insight that despite severe injuries, Eldians can be saved by Ymir if she decides to do so. So, despite being decapitated, reaching the Coordinate just moments before he dies may ultimately save Eren’s life.

His survival can also be confirmed from the eponymous manga, where it is clearly laid out that he does not die at the hands of Gabi. In order to fully understand Eren’s role in the drama that follows and to comprehend in what form he influences the fate of the real world, you will have to, unfortunately, wait for the upcoming episodes.