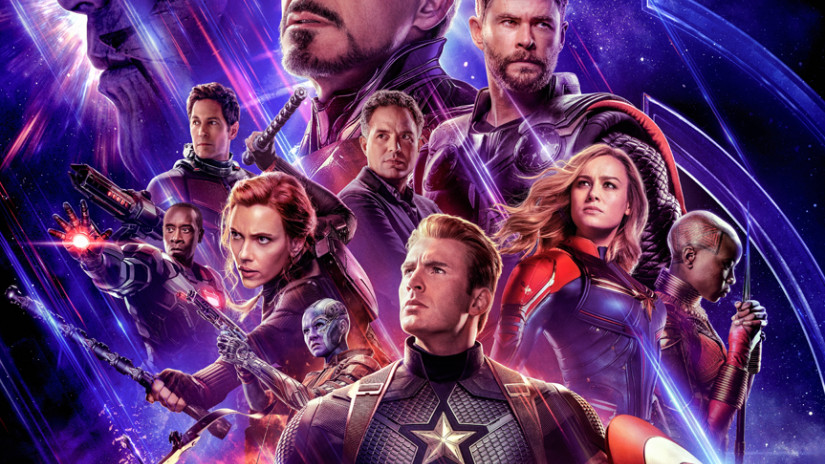 ‘Avengers: Endgame’ is the upcoming offering from the Marvel Cinematic Universe that has fans all excited. The film has given them another reason to cheer as it is going to be the longest movie of Marvel yet, having clocked a runtime of 182 minutes or 3 hours and 2 minutes. Previously, ‘Avengers: Infinity War‘, which released last year, had the longest runtime of 149 minutes. While the news about the runtime was first accidentally broken by AMC Theaters, who put it on their landing page, it has since then been confirmed by Fandango, the ticket selling site, that seems unconcerned by the prospect of the long runtime scaring away potential buyers.

The current runtime of ‘Avengers: Endgame’ as revealed, fits in with what the directors Anthony and Joe Russo previously teased. In November, they told that the runtime of the film was sitting at around 3 hours. In February, even after editing, the near-finished cut still stood ‘at the three-hour mark’, as reported by The Hollywood Reporter. However, the Russos stood by their film’s runtime and spoke to Collider saying, “This is a culmination film of 22 movies, it’s a lot of storytelling to work into it. Emotion is an intrinsic part of that to us. When you have to tell a really complicated story and you want strong emotional moments with the characters, it just requires a certain amount of real estate. This one, in particular, feels like three hours worth of real estate”. Kevin Feige, the president of Marvel Studio also corroborated this, saying, “We’re gonna release the movie at the exact right running time. I’m telling you this, it’s gonna be perfect. It’s gonna be the exact running time that the movie needs to be. In all seriousness, we don’t look at run times in terms of mandates, or anything like that. Every movie should feel like it’s an hour and 45 minutes. Now, some movies can be 90 minutes and feel like they’re four hours. And some movies can be three and a half hours and feel like 90 minutes. So for us, that’s what it…It’s, ‘how does it feel?’ And every version of ‘Endgame’ thus far, and the ones that we’re honing in on, feel very good”.

For those unaware, the official synopsis of ‘Avengers: Endgame’ reads, “The grave course of events set in motion by Thanos that wiped out half the universe and fractured the Avengers ranks compels the remaining Avengers to take one final stand in Marvel Studios’ grand conclusion to twenty-two films, Avengers: Endgame”. Naturally, the film is supposed to be long since it will conclude the most prolific phase yet in the Marvel Cinematic Universe, and quite a bit of screen time will have to be balanced between the remaining Avengers coping with the loss of their teammates, and getting back up on their feet, before training and teaming up to make Thanos pay for his catastrophic action. The cast of the film includes Robert Downey Jr., Brie Larson, Chris Evans, Chris Hemsworth, Mark Ruffalo, Scarlett Johansson, Danai Gurira, Jeremy Renner, Don Cheadle, Paul Rudd, Karen Gillan, Bradley Cooper, Josh Brolin, and Dave Bautista among others.