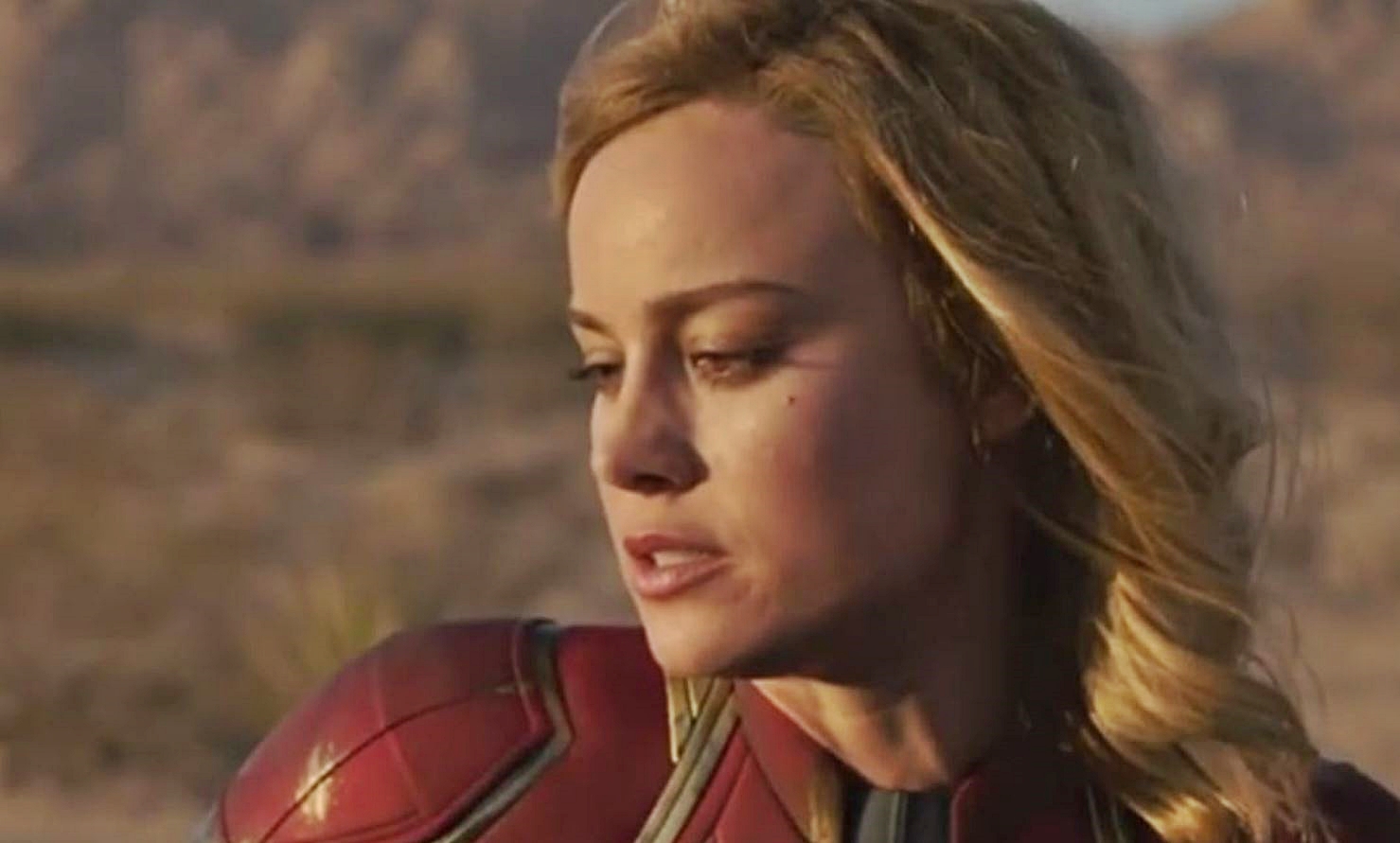 Some might call Brie Larson’s fame, overnight. But that isn’t the truth. Before ‘Room’ came along and changed her fortunes, she had been doing side roles in movies and TV shows. And then came along ‘Short Term 12’, which featured her in a career-defining performance. This indie film immediately brought a lot of attention to Larson. As a result of this, she got cast in ‘Room’. We all know the rest of the story. She went on to win an Oscar for Best Actress and then subsequently bagged role as Captain Marvel, Marvel’s first female superhero film.

At this point, the question that might be circling your mind is what is the next Brie Larson movie? Well, the good news is that we have a clear answer to that question. Here’s the list of upcoming Brie Larson films scheduled to release in the near future. We can only hope that the new Brie Larson movies would be as good as some of her recent ones. 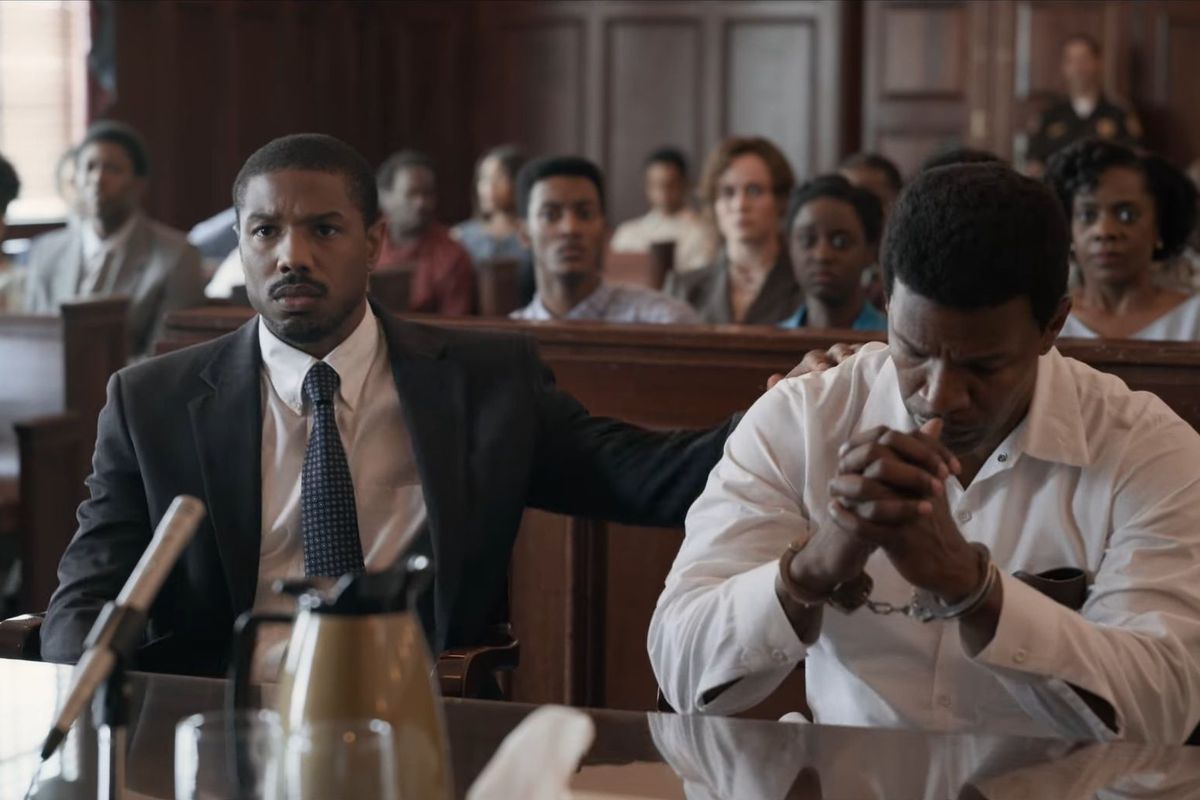 ‘Just Mercy’ is an upcoming drama based on the book ‘Just Mercy: A Story of Justice and Redemption,’ written by Bryan Stevenson. The movie tells the true story of Stevenson, played by Michael B. Jordan, a young lawyer who locks horns with a corrupt legal system. Brie Larson reunites with her ‘Short Term 12’ director Destin Cretton for the movie, which also has Jamie Foxx on board.

The New York Times best-selling memoir documents Bryan Stevenson’s struggle and formation of the Equal Justice Initiative to fight for the wrongly condemned and death-row prisoners. THR reports that the movie follows Stevenson’s first controversial case of Walter McMillian, an African American who was sentenced to death for a criminal act he didn’t commit. Larson plays the young local advocate Eva Ansley who supports and works alongside Stevenson to save the lives of wrongly sentenced innocent souls. ‘Just Mercy’ hits theaters on January 10, 2020. 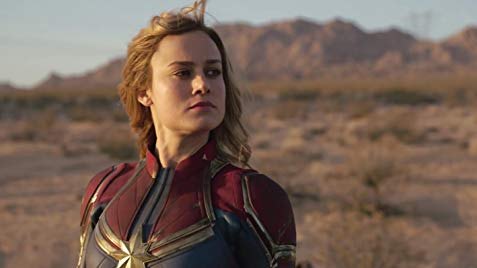 ‘Captain Marvel II’ is likely to pick up the plot of the story from where the first movie leaves off. However, as is Marvel’s style, they are keeping their cards close to the chest for now. When Captain Marvel was first introduced to us, properly, it became Marve’s first superhero film and accordingly it catered to feminist narratives as much as it did to a superhero origin story. The refreshing change aside, it also introduced the most powerful Avenger, if Kevin Feige’s comments are taken into account.

The first movie traces how she gets her powers and starts to take control of her life, coming to terms with who she is destined to be. When we see Danvers in ‘Endgame’, next, she is already a protector of the universe, doing her bit, while standing up to big bad guys like Thanos. When the second movie arrives, it remains to be seen what direction the story takes. We could go back to the earlier days of Carol, which would let Marvel show more of the Kree and Skrull wars, or she could be facing some new enemy altogether.

One thing is for certain, Captain Marvel has opened up Marvel’s foray into outer space considerably. Brie Larson will surely be back to play the role of Captain Marvel. She has delivered a wonderful and powerful performance already and will be looking to slip back to her old role to recreate the magic. 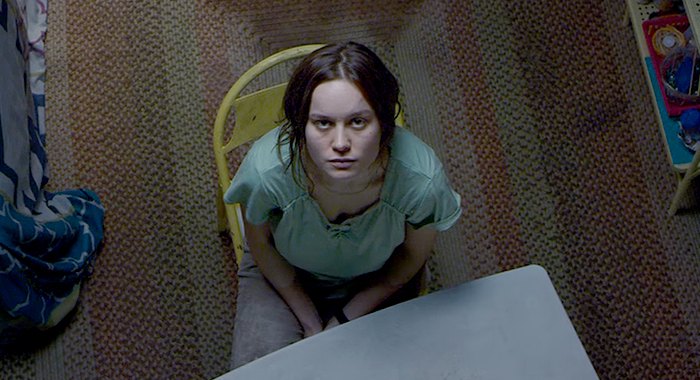 Brie Larson serves as the producer and lead actress in the Netflix feature ‘Lady Business.’ The movie is a part of the deal the actress and Lynette Howell Taylor’s 51 Entertainment locked with the streaming giant. According to reports, the deal includes the production of ‘Lady Business’ as well as the worldwide rights to Larson’s feature directorial debut, ‘Unicorn Store.’ Besides starring in ‘Lady Business,’ Larson reportedly helms the project.

The movie is based on a Fast Company article written by John Paul Titlow, which tells the true story of two female entrepreneurs, Penelope Gazin and Kate Dwyer. The young women create a fictitious third male company founder to get into the male-dominated business world. Larson and Taylor join hands with Endeavor Content to develop the project. Howell Taylor produces the movie alongside 51 Entertainment’s Samantha Housman and Larson. Though Larson plays a key role in ‘Lady Business,’ the details of her characters have yet to be revealed. 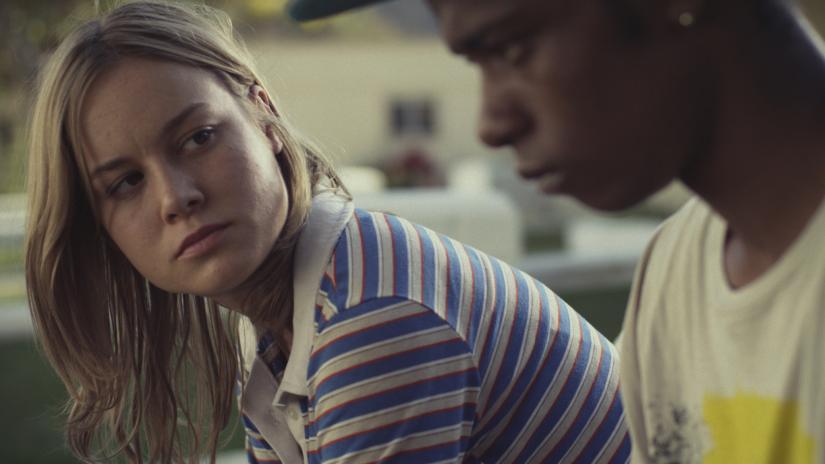 Deadline reported back in 2017 that Amazon Studios has acquired rights to ‘Victoria Woodhull’ with Brie Larson in the leading role of the first female candidate for the presidency of the United States. Brett Ratner was attached to direct and write the film originally, but he won’t after several allegations of sexual harassment against him came to light. Larson will produce alongside Whalerock Industries’ Lloyd Braun and Andrew Mittman.

For those who don’t know, Woodhull was a suffragist who became the first woman to run and be nominated for President of the United States in 1872, around 40 years before women had the right to even vote. 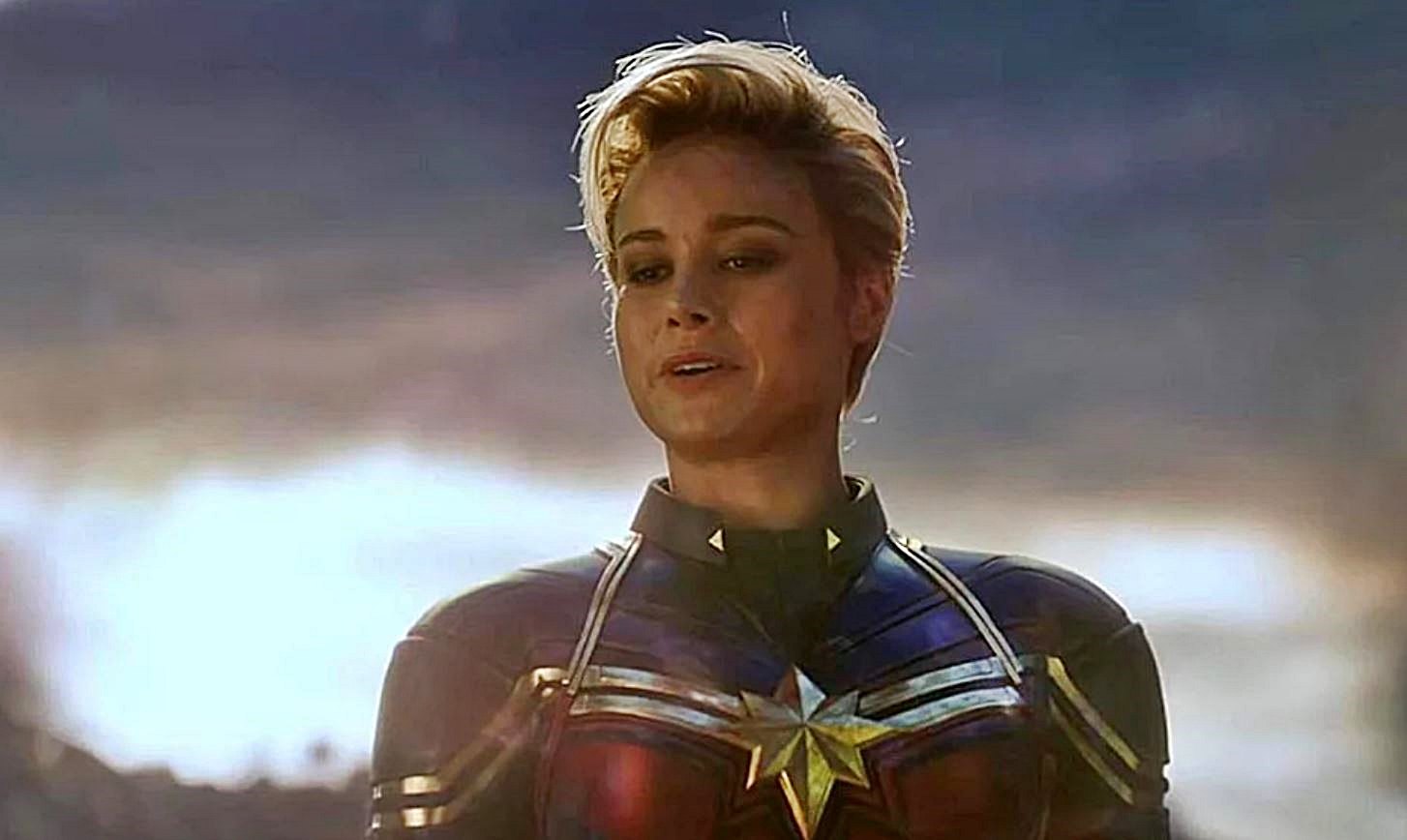 We all know how Avengers: Infinity War ended. ‘Endgame’ picks up right after that with earth reeling from the loss. However, while others try their best to move past the catastrophic incident, the heroes simply cannot come to terms with what happened and their own failure. Firstly, they gather the remaining team and take on Thanos hoping to reverse what happened.

Upon failing, they make a desperate bid to go back in time to reverse Thanos’ actions. However, they finally have to face the Mad Titan again. Despite heavy losses, they manage to save the day. Brie Larson appears in the role of Captain Marvel, who had been touted to be the most powerful Avenger in the MCU. Accordingly, her character oozes confidence and she is instrumental in the fight against Thanos. 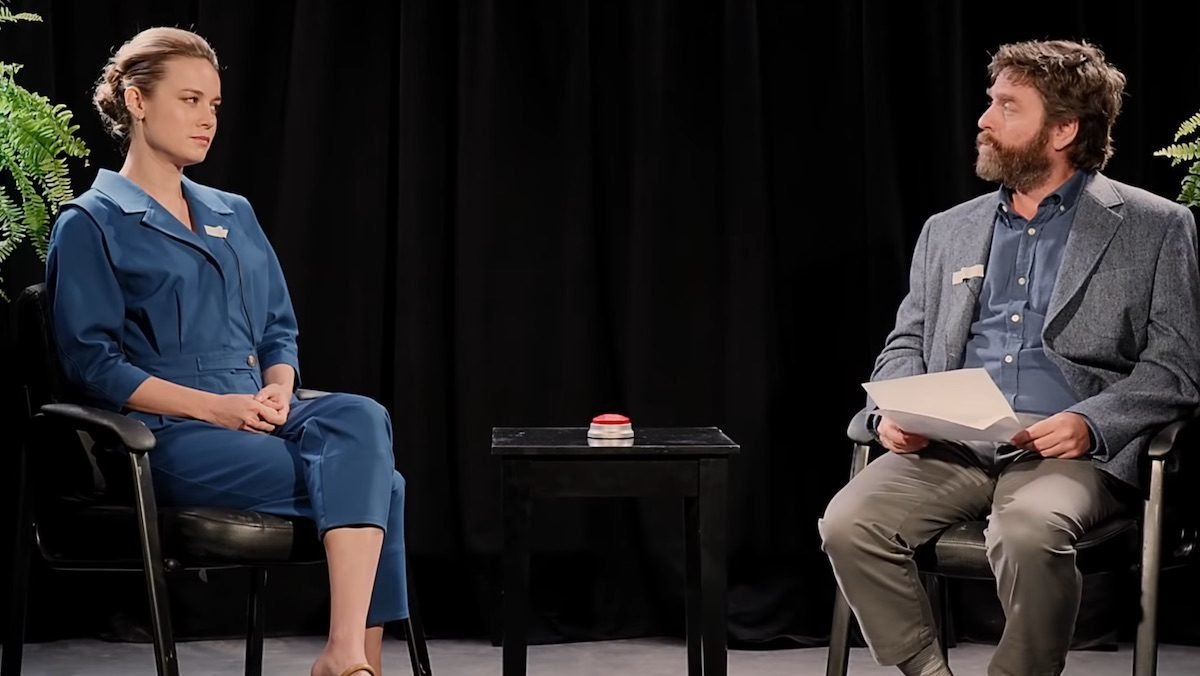 ‘Between Two Ferns: The Movie’ is based on the popular show of the same name. It is marked by the host’s antagonistic approach taken towards interviewing celebrities, which pulls into sharp contrast the placatory tone of most talk shows. Directed by Scott Aukerman, the movie stars Zach Galifianakis, in the protagonist’s role, since he is the host of the titular show.

Marked by the host’s humor, the movie becomes an example of how funny the show is. The interviews intentionally look low quality and the questions are designed to discomfort the guest star. While this is the basic premise of the movie, the story actually follows Zach and his crew who work out of a small local place. When their studio floods, they breach the contract made with the company. Now, they have to conduct a certain number of interviews if Zach is to make it as a major talk show host. The crew takes to the road in a film that becomes a road trip movie, while they interview some notable people on the go.

Brie Larson appears as one of the celebrities being interviewed by Zach. Her scene is short by humorous. Zach notes that Larson is extremely touchy about personal questions and then insensitively asks her about the age when she got her first period. ‘Between Two Ferns: The Movie’ released on September 20, 2019.