Where Is Baptiste Filmed? 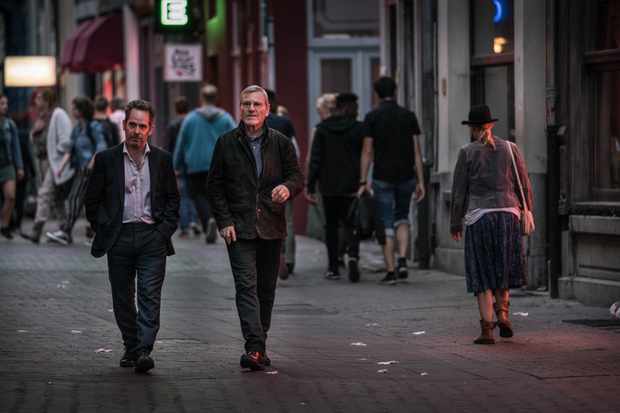 ‘Baptiste’ is a British television series that serves as a spin-off to ‘The Missing.‘ ‘Baptiste’ is named after, and follows the character of Julien Baptiste, who plays an integral role on ‘The Missing.’ The series follows Baptiste as he heads to Amsterdam to help solve a case involving a missing sex worker. The show has been praised for its fast-moving narrative, filled with various twists and turns.

A significant portion of the action on ‘Baptiste’ is set in Amsterdam. Hence, it is unsurprising that a large part of the filming was also carried out in Amsterdam. The British show does capture the city rather authentically. In fact, Amsterdam proves to be more than just the setting of the show. It matches the show’s theme of the dual nature of things and how stuff under the surface is not similar to what it looks like from the outside.

Loved #TheMissing? Here's your first look at Tom Hollander, @TchekyKaryo and Barbara Sarafian in #Baptiste – a thrilling look at the underworld beyond the beautiful streets, canals and houses of Amsterdam. Coming soon to BBC One. pic.twitter.com/zB8qKRGD2k

A lot of on-location filming was employed. Filming was carried out in the city’s red-light district, De Wallen. Apart from that, several scenes had also been filmed at Oudezijds Achterburgwal. Here, filming took place near Casa Rosso and Cafe Bar The Pint.  Moreover, a scene involving a boy being chased was filmed in Pijlsteeg and Dam Square. The National Monument and the Royal Palace can be seen in this scene. Apart from that, filming was also carried out at De Nieuwe Kerk, a 15th Century church.

Filming for ‘Baptiste’ was also carried out in Antwerp, Belgium. In fact, a few scenes set in Amsterdam were actually filmed in Antwerp for financial and logistical reasons. For instance, a scene involving the titular protagonist meeting a Dutch police chief was actually filmed at Café de Kat on Wolstraat in Antwerp. Apart from that, scenes set near Baptiste’s daughter’s house were filmed in the city of Ghent.

Apart from Belgium and Netherlands, filming for ‘Baptiste’ was also carried out in the county of Kent in southeastern England. Kent is also where ‘Liar,’ another British television series was primarily filmed. The very first scene of ‘Baptiste’ was filmed in Kent county, apart from a few others. To be more specific, filming in Kent took place in the village of Kingsdown.

Read More: Where Was Liar Filmed?