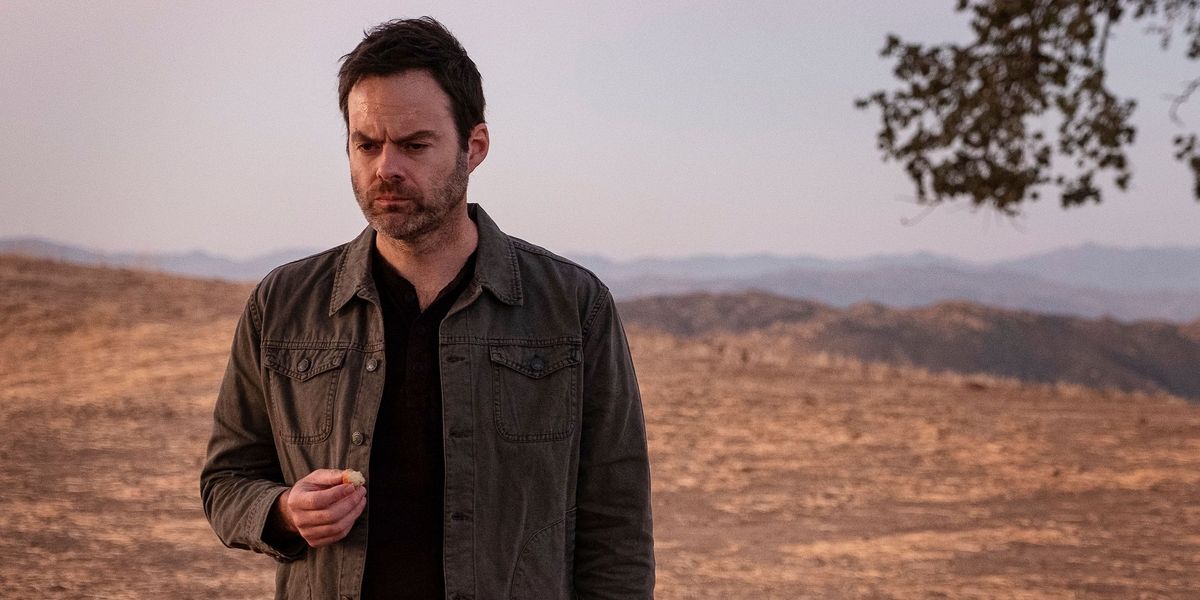 After an explosive season 2 finale, ‘Barry‘ returns with a calm and stealth season 3 premiere that focuses on the stagnant emotional state of the titular hitman. The first episode of season 3, titled ‘forgiving jeff,’ sees Barry roped back into the life of crime and violence. However, this time around, it is his internal emotional turmoil that takes him down the familiar yet dark path.

Unhappy and depressed, Barry seeks forgiveness in hopes of feeling better about himself despite his atrocious crimes. Naturally, viewers must be wondering where Barry’s journey takes him. If you wish to learn more about Barry and his latest quest, here is everything you need to know about the ending of ‘Barry’ season 3 episode 1! SPOILERS AHEAD!

Episode 1 of ‘Barry’ season 3 opens with Barry eating a sandwich in the middle of nowhere. After eating, Barry turns to finish off what is presumably the latest in a string of assassination assignments. Barry prepares to kill the target, Jeff, but the person who ordered the hit backs out. Claiming that he has forgiven Jeff, the man asks Barry to abort the hit. An unconvinced Barry shoots both men and returns home to Sally.

In the morning, Sally prepares to leave for work and realizes that Barry was out the entire night. Sally’s television career has taken off, and she is starring in and producing a series about abusive relationships for a major network. However, she has a hard time understanding the studio executive’s vision.

Meanwhile, the police interrogate NoHo Hank about the shootout at the monastery. When shown a picture of Fuches, Hank identifies him as “The Raven,” a hitman responsible for cleaning up the Chechen mafia’s crimes. Detective Mae Dunn also questions Hank about the pin they found in the car trunk with Janice Moss’ body, but he avoids giving a conclusive answer.

Barry visits Sally at work and grows further depressed with his life. Barry’s relationship with Sally has become insufferable, and he hallucinates shooting her in the forehead. At night, Barry shows up at Hank’s house and begs for a decent hitman job. However, Hank turns down Barry because of his betrayal. Barry asks for forgiveness, but Hank exclaims that forgiveness must be earned.

Later, the police speak with Barry’s former acting teacher Gene Cousineau who is still haunted by the death of Janice and the truth about Barry. When Detective Dunn exclaims that they have cleared Barry as a suspect, Cousineau decides to take matters into his own hands. He invites Barry to his old theater under the pretense of packing. In the end, Barry and Cousineau have their long impending confrontation, leading to a new chapter in Barry’s life.

In the episode, viewers learn that despite his best efforts to quit crime, Barry finds himself executing violent hits after growing dissatisfied with his life as a struggling actor. Sally’s rapid rise in the television industry further contributes to Barry’s dissatisfaction as it hurts their relationship. However, Barry is somewhat also divested due to his role in the death of Janice, Loach, and the shooting at the monastery. In the end, barry is forced to confront the consequences of his actions during the conversation with Cousineau.

Cousineau holds Barry at gunpoint and demands that the hitman turn himself in to the police or die. However, the gun falls off, and Barry gains the upper hand. Barry takes Cousineau to a remote spot and prepares to kill his former teacher. However, Cousineau pleads for his life and affirms there is no bad blood between them. He further exclaims that he forgives Barry for Janice’s murder. A distressed Barry deals with a flurry of emotions as his finger rests on the trigger. He repeats Hank’s words and claims that forgiveness must be earned.

In the final scene, Barry seemingly has an epiphany and decides to make up for his actions. Barry wants to earn Cousineau’s forgiveness and mentions that he knows what he must do. However, the episode ends without revealing Barry’s plan. Barry will likely help Cousineau restart his acting class and steer his teacher’s career in the right direction.

More importantly, Barry realizes that he must atone for his crimes to feel better about himself. Thus, the season premiere sets Barry on the course to right his wrongs in a bid for self-improvement. However, with the police hot on his trail and his murderous tendencies creeping up, it remains to be seen how far Barry will go in his journey.

Read More: Is Barry Based on a True Story?