Below Deck Adventure’s Kasie Faddah: Everything We Know 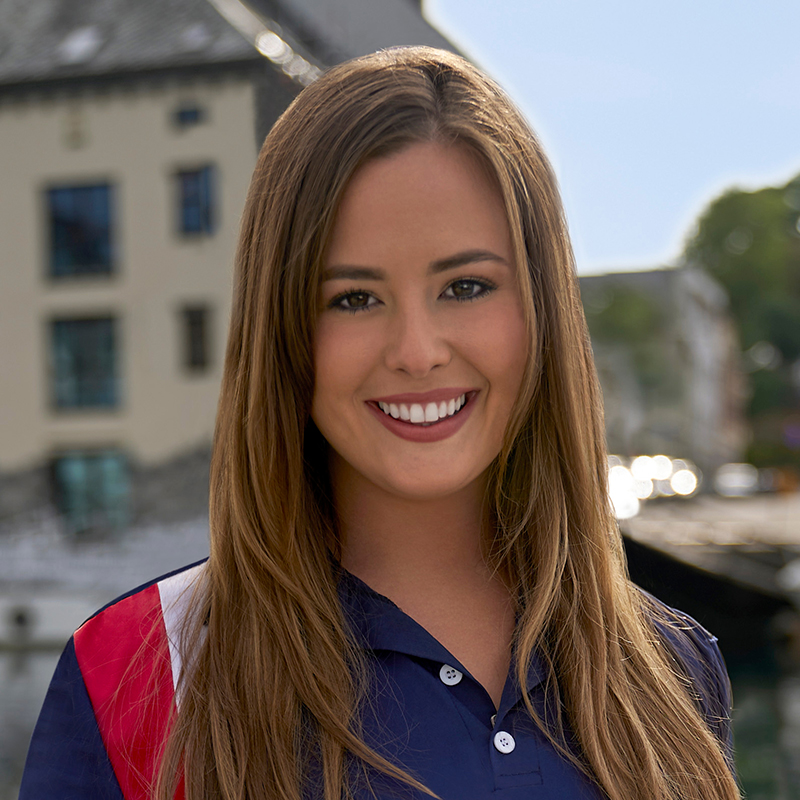 The fourth spinoff of the Bravo reality series ‘Below the Deck’ franchise, ‘Below the Deck Adventure,’ is set to feature the chronicles of the below deck crew as they work in the backdrop of the beautiful Norway fjords. The season is set to feature greater risks, extreme adventure sports, better views, and obviously more drama! The season stars nine new crew members who are set to be a part of Captain Kerry Titheradge’s luxury yacht, Mercury, as they explore the breathtaking vistas of Norway.

The season is expected to be more fascinating and captivating with better ‘tea’ as the crew members highlight their uncensored moments below deck. With such exciting content, the season stands out as new crew members get into conflict and engage in on-deck drama amongst themselves and the charter visitors. Specifically, the talented stew Kasie Faddah stands out as she attempts to make her mark in the show. If you are curious to know more about this gorgeous and talented yachtie, you are in the right place!

The gorgeous 26-year-old adrenaline junkie Kasie Faddah is originally from Seattle, Washington. As per reports, Kasie’s mother grew up in Southern California, while her father was born in Finland and has lived across the US. Kasie has a brother named Kraig. The family moved to Costa Rica when Kasie was still a teenager. She currently resides in the jungles of Costa Rica, where she has stayed in her unconventional home for over a decade. Kasie’s parents, however, have reportedly relocated.

Kasie is also quite close to her grandmother and cherishes every moment she spends with her. She was raised in the Mormon Church but later abandoned it to pursue a contemporary lifestyle and sail on the waters. Kasie takes on her mother, who performs yoga. She loves to travel and take on new adventures that get her adrenaline going. Kasie has taken extensive trips to places like Thailand, Germany, and California.

Kasie Faddah has now worked on many superyachts and traveled the world. Since working in Norway in the summer of 2021, she has contributed to various motor yachts, notably the superyacht Stealth. Her previous work experience had been as a stew with fellow stew Oriana Schneps. Admittedly, the two didn’t share a friendly work relationship.

In an interview with Show Star News, Kasie said, “Experience-wise, I’m very confident in housekeeping and service. I haven’t done a lot of mixologies, but I’d be happy to learn. I started working in the industry three-and-a-half years ago. On my first boat, I worked with Oriana, she was my chief stew.” She added, “When I worked with Oriana, I was green, so I was just ready for some direction.”

Is Kasie Faddah Dating Anyone?

From what we can tell, Kasie Faddah seems to be happily single and living her life exploring the waters, gearing up for her next adventure. Though she has kept the romantic aspect of her life brushed under the carpet by not touching upon whether she has a special someone in her life, we cannot overlook the subtle spark between Kasie and fellow crew member Deckhand Nathan Morley. Not only did they share a solid bond on the show, but Nathan and Kasie also do not refrain from professing their appreciation towards each other on their respective social media accounts.

Having said that, we can’t rule out the possibility that the two are just good friends who love each other’s company. Thus, unless either of the parties comes out in the open and spills the beans, either confirming or denying the same, we infer that Kasie is single and working on flourishing her profession, one day at a time. In her downtime, the 26-year-old loves to travel, play volleyball, do yoga, perform aerial arts, partake in adrenaline-pumping activities, and travel across the globe.

Read More: Below Deck Adventure’s Oriana Schneps: Everything We Know