Below Deck Med’s Kyle Viljoen: Everything We Know 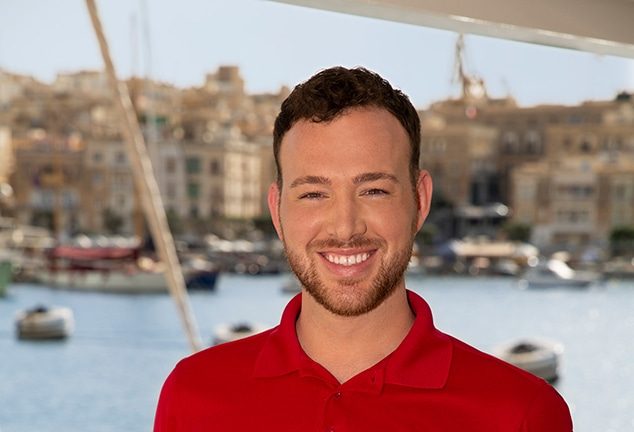 The very first spin-off of the original ‘Below Deck’, Bravo’s ‘Below Deck Mediterranean’ has grown to be wildly successful since its inception in 2016. Each season, the reality TV show follows the crew members as they live and work in the waters of a different Mediterranean nation on board a super yacht that is at least 150 feet. The show not only provides stunning visuals of the locales but also follows the adventures of crew members as they communicate in an unconstrained manner, making their content much more fascinating and captivating.

With such amusing content, it stands to reason that each new installment uncovers fascinating details about the crew members’ lives. Some new crew members worked on the superyacht Home, during the seventh season. Kyle Viljoen, who served as this superyacht’s second steward in the waters of the island country of Malta, is one of them. In case you’re intrigued, here is everything we know about this incredibly passionate and accomplished yachtsman!

Kyle Viljoen was born and raised in South Africa but currently resides in New York. The 30-year-old has a dynamic and joyous personality. His parents, brother, sister-in-law, and their son make up his modest, adoring, and incredibly accepting family. Kyle shares a close bond with his brother, Dylan, and sister-in-law, Kayla, whom he genuinely views as his “angel sibling.”

Kyle views his father and mother, who have been married for over three decades, as “a constant example to strive more, fight harder and love unconditionally!” Sharing a video message of his parents wishing him on his birthday, Kyle wrote, “My biggest blessings have never been luxurious vacations, materialistic gifts, outrages showups and unreal dinners. This! This is what makes my life more then ever so complete. People ask how are you so caring, how do you wear your heart on your sleeve and how do you still love so deeply. Look at these two!”

Kyle attended the University of Pretoria and earned a Bachelor’s degree in Education in 2014. A year following his graduation, he registered in an EPT Aviation school where he studied both aviation and aeronautics. He is a SETA-approved Assessor as he also holds an Execoach accreditation. To advance his career in the aviation and yachting industries after completing school, Kyle gained the experience of working in a variety of professions. Additionally, he enjoys traveling and has been to many other nations over the years.

As Kyle began his career as a flight attendant or other crew member, he got his start by working for several airlines, including Skywise Airline, Safair Pty Ltd, and Qatar Airways from 2014 to 2017. There, among other duties, he was in charge of managing the crew, operating the flight deck, teaching soft skills, and coaching service excellence. Kyle briefly served as the Director of Operations for Aviation All 4 U in South Africa in 2018. In this role, he was given extra duties like managing business-related activities, marketing, and providing financial support.

In 2018 itself, Kyle was appointed as a Cabin Service Supervisor and subsequently Cabin Service Manager of Africa Charter Airline in Johannesburg. His next move saw him accept a position as a Guest Relations specialist at Fireblade Aviation, where among other responsibilities he gave royalty and famous people silver service. In 2019, he made his debut in the yachting sector by joining Namasté as the Chief Steward and Deckhand for a few motor yachts in Miami, Florida. Kyle has had extensive sailing boat and private and charter yacht experience and had dominated on the East Coast as the Chief Steward.

Kyle is a diligent stew with a propensity for drama, fun, as well as luxury. In his most recent job, he began working as the Recruitment Consultant for Indie Pearl, whose founder is also a new crew member from ‘Below Deck Mediterranean’, the Chief Stewardess, Natasha Webb. Additionally, Kyle describes himself as an actor, too. In the megayacht Home, as seen on ‘Below Deck Mediterranean’ season 7, he served as the Second Steward and was instrumental in spicing up that charter season and managing the occasionally difficult charter passengers and crew members.

Kyle takes immense pride in shattering stereotypes and voicing his opinions out loud. He proudly belongs to the LGBTQ+ community and is in a loving relationship with Zachary since over a year. Kyle met Zachary a few weeks after moving to New York in 2021. The two share a blissful bond and live together with their adorable doggo, Jameson.

Expressing his appreciation for the love of his life, Kyle wrote, “It took my time to understand what love could be, process my feelings and happily accept what is here and now and never to anticipate the unknown. After it all Zachary has been patient, understanding, caring, loving, hilarious, intellectual and a perfect match to all the things I was not however I soon learn to become.” It’s lovely to witness their connection and we wish they continue to be surrounded by love and happiness in the future.