Below Deck Med’s Natalya Scudder: Everything We Know 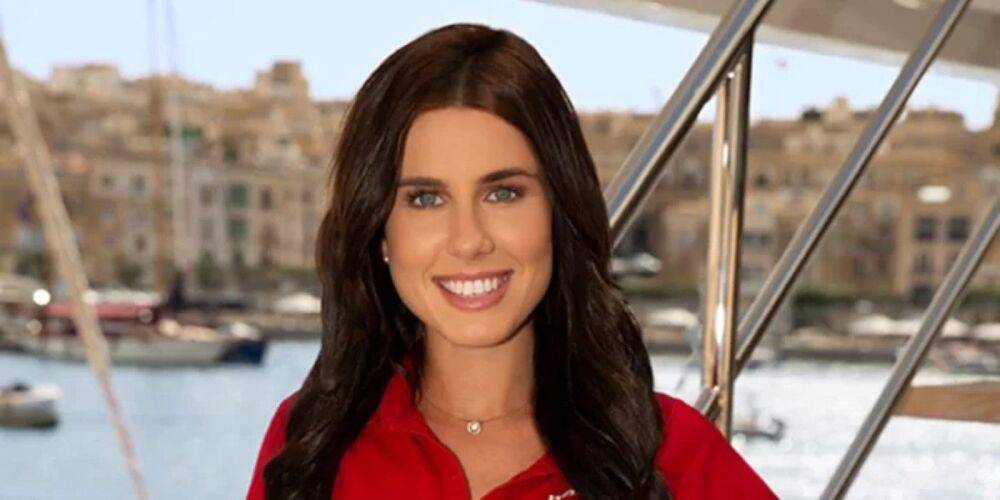 Bravo’s ‘Below Deck Mediterranean,’ the first spin-off of the original ‘Below Deck,’ is a reality series that chronicles a group of crew members on a megayacht, which is over 150 feet long, when it is in the charter season. The show covers the crew members as they persist, prosper, and work in the waters of a different Mediterranean country each season. It has grown tremendously in popularity since its debut in 2016 and is currently in its seventh season.

The crew members of the yacht experience intense drama as a result of the various demands and requests that each visitor makes while they are aboard, while the cameras are always following the crew. During season 7, a few new crew members joined the luxury yacht Home. One of them is Natalya Scudder, a stewardess in the waters off the coast of the island nation of Malta. Since viewers of the show have been curious about her, here is what we know about this highly enthusiastic extroverted yachtie!

Natalya Scudder is a 25-year-old woman from Western Australia who joined the ‘Below Deck Mediterranean’ crew as the third stewardess. Natalya loves to spend time on the waters and has several water sailing experiences around where she resides, which from the looks of it, seems like Rottnest Island, off the coast of Perth in Western Australia. She has a close-knit family that includes her loving parents, sister, Montana, brother-in-law, Jason Juraszek, and a brother, Levi Scudder.

Additionally, Natalya has a lot of close friends who she enjoys traveling with. They typically visit places in Australia, such as The Kimberley and Broome, as well as worldwide locations including Ibiza, Miami, New York, Dubai, Toronto, Nice, and Cannes, among several other cities in Europe. Natalya loves the water so much that she frequently takes her friends and family to such beautiful waterside locales.

As several viewers have noted, Natalya appears to have a resemblance to another newcomer Natasha Webb, the chief stewardess, and she has even been mistaken for her. Addressing the same, Natalya said, “Is this my sister? Is this my twin?” Apart from her affable demeanor, the young woman has also garnered a fanbase for her magnetic ocean eyes.

Natalya is a highly level-headed individual who knows what she wants and strives for it with her whole heart. She also has an outgoing personality which helped her land her first yachting job at the young age of 18. This allowed her to demonstrate her strengths and her ability to make this seemingly impossible professional move so easily. While her first employment was just the beginning for Natalya, she eventually worked on numerous different boats and yachts as a Second Stew as well as Chief Stew.

Working as a stewardess on the 55-meter Step One gave Natalya a unique and disturbing perspective on maritime environmental challenges. At the 2017 Monaco Yacht Show, she spoke with Boat International about her realization that single-use plastics can have a significant negative influence on the environment. Describing her experience, she said, “Last year when we were based in Costa Rica we had an incident where there was a turtle floating next to the yacht. It was just floating on the surface of the water so we decided to pull it out and we called the vet. It turns out that the turtle had swallowed a plastic bag”.

In addition to these significant experiences, Natalya’s duties as a stewardess include making sure that all of the amenities the boats offer are excellent and enriching. These experiences shall be useful for her in this show as she has also worked for various high-end clients that also encompass some royal families. Additionally, Natalya is known to have a very spontaneous and amusing personality that can very well come in handy while entertaining guests and maintaining a cheerful atmosphere around the crew.

Is Natalya Scudder Dating Anyone?

The previous relationships of Natalya are mainly unknown. She might, however, be bringing some romantic drama to the show with deckhand Storm Smith, a fellow crew member. On the show, she commented, “I am not openly looking for a boat romance, but Storm is looking nice at this point”. Interestingly, a video of her kissing the new deckhand was then shown after her comment. These are but a few snippets and the “shipmances” of such megayacht reality shows typically do not manifest themselves in the actual world.

Unless one of them remarks, it is impossible to say whether their romantic chemistry waned or flourished after their time on the show. Apart from this, Natalya seems to be happy keeping the details of her dating life away from the public eye. As a young and determined woman, she is completely focused on reaching new heights in her career and explore even new places with her friends and family. In fact, more than anything, traveling is what keeps her busy and contended the most at the moment.