Below Deck Med’s Jason Gaskell: Everything We Know 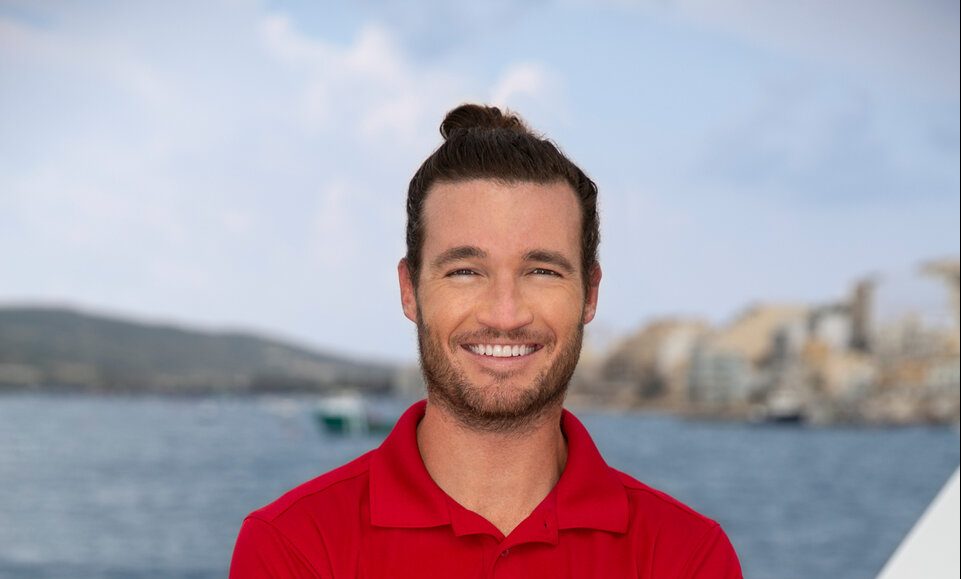 A spin-off of ‘Below Deck,’ Bravo’s reality show ‘Below Deck Mediterranean’ premiered in 2016 and has since skyrocketed in popularity. It centers upon a 150+ feet long mega-yacht and follows a group of crew members during the charter season. In addition to providing spectacular views as the boat cruises through beautiful landscapes, it also allows us a behind-the-scenes peek at how the crew interacts with one another in an uncensored manner. The crew members deal with a variety of drama from the visitors’ expectations while they live and work in the waters of a different Mediterranean nation each season.

As the show entered its seventh season, fans got to see some new faces introduced to the group. Jason Gaskell, a crew member and deckhand who sails on the super-yacht off the coast of Malta is one of them. He possessed the ability to stand out from the squad that includes Captain Sandy Yawn, Mzi Dempers, and a few other new crew members throughout the season. Since viewers must be excited to know everything about this new addition to the show, we’ve got you covered!

Jason Gaskell comes from a very different background than the other crew members of ‘Below Deck Med. Jason is a well-rounded man who is likely in his early 30s and has a ton of expertise in many different types of work outside of yachting. In 2008, he graduated from Purdue University with a Bachelor of Science (BS) degree in Finance and Accounting. He later finished his MBA in Economics at Texas A&M University-Commerce from 2018 to 2020.

Jason was born and raised in St. Petersburg, Florida, and enjoys spending time with his buddies traveling to new and exciting places, which is when he stumbled upon his passion for sailing. Jason and his friends love to travel in and around Florida and its beaches including places like Shell Key Preserve, St. Petersburg, Tampa, etc. Other than in Florida, they have also voyaged around European places like France, Switzerland, Croatia and Italy, Seychelles, and Bora Bora in French Polynesia.

Jason possesses one of the most extensive and unique professional experiences among all the crew members of the show. He started his career with internships as an Auditor and Controller and worked his way up to become a Senior Financial Analyst/Risk Analyst in leading Energy companies. Jason has more than 10 years of experience in the fields of Public Accounting, Auditing, Purchasing, Sales, Financial Services, International Business, Corporate FP&A, and so on. He then ventured into the role of entrepreneurship and started his first business called Sextant Consulting, in 2021.

Jason also has a noteworthy accomplishment in that he founded his first business at the young age of 15. He is also an accomplished designer, tennis coach, professional captain, and embroiderer. In order to advance in his sailing profession, he also received his Yachtmaster Certification from the Royal Yachting Association (RYA). Since then, he has gained experience in this particular industry by working as an apprentice, dockhand, and skipper for numerous organizations. Jason finally joined the Home yacht to become his own boat’s skipper after working in finance for ten years.

Is Jason Gaskell Dating Anyone?

It seems like Jason Gaskell does not like to share any aspects of his personal or dating life in the public sphere. From what we can tell, he currently appears to be entirely focused on his career, with a busy schedule that allows him to develop meaningful professional experiences. He sought to maximize his experience while on the show and truly cherished his journey. However, since Jason’s dating history is a mystery to the public, it is safe to infer that he is a single man enjoying his life on a yacht off the coast of Malta.