Below Deck’s Camille Lamb: Everything We Know 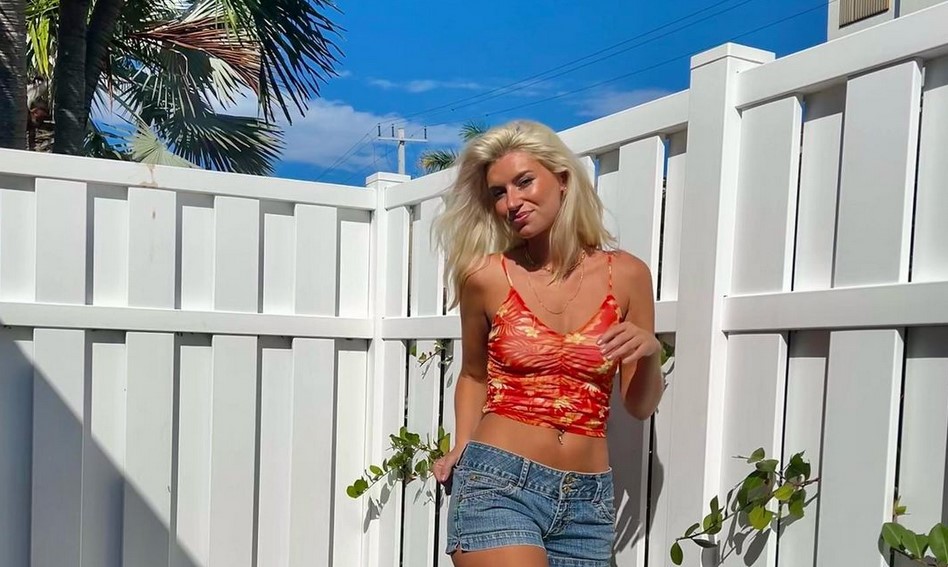 Bravo TV’s ‘Below Deck‘ is an interesting TV show that offers an authentic window into the lives of the staff of a luxury yacht during charter season. The cameras follow them as they adjust to life on the water and balance their professional and personal commitments, all while dealing with demanding guests. Besides, apart from focusing on the hard work that goes into a successful charter season, the show adds a handsome helping of high-octane drama and steamy romances, which adds to the thrill.

Fans were quite surprised to see Camille Lamb on ‘Below Deck’ season 10. While Camille joined the ‘Below Deck’ franchise as a deckhand and stew, most viewers knew her from her stint on ‘American Idol.’ However, her charming and down-to-earth personality soon made her quite popular, and fans are now eager to know more about her. Well, here’s everything we know about Camille Lamb.

Camille Lamb was born and brought up in the city of Past Christian, Mississippi. Belonging to a loving and tight-knit family, Damille developed a deep and intimate bond with her loved ones, which she has maintained to this day. Currently in her early 20s, she remains close to her parents. Apart from taking time out from her schedule to spend with them, she also expresses her love and gratitude for them on her social media profiles. Camille was reportedly born into a family of merchant mariners, which made her fall in love with life on the water from quite a young age.

Camille started gathering sailing experience at the young age of 9 and soon discovered her passion for being out on the open sea. Although her parents encouraged and pushed her to follow her dreams, she didn’t plan on joining the yachting industry initially. Instead, she started her professional career as a cocktail server and prepared herself to audition for ‘American Idol.’ Once on the singing reality show, Camille reached the Showstopper Round but was eventually eliminated, making her decide to rediscover herself through sailing.

After Camille completed her studies, she took up employment at the Golden Nugget Biloxi as a Cocktail Server in June 2018. However, in July of the following year, she moved on to the position of Administrative Assistant at the Tableau Restaurant in New Orleans, Louisiana. While she worked at the Tableau Restaurant till January 2020, Camille soon auditioned for ‘American Idol’ and got a chance to appear on the prestigious singing reality show. Once on ‘American Idol, she performed together with Althea Grace and made it into the round of 64 before getting eliminated.

The elimination made Camille feel extremely low, and it felt as if she had lost her way. That was when she decided to return to her sailing roots and got an opportunity to work as a Sailing Mate/Snorkel Guide at the Bolongo Bay Beach Resort in the Virgin Islands in March 2021. Although Camille subsequently took up a position as a Cocktail Server at the Silver Slipper Casino Hotel in June 2021, she left after a few months to become the Charted Yacht Host at Island Boat MDR. In April 2022, Camille joined Chicago Blackhawks as a Yacht Stewardess and has since been earning a name for herself in the industry.

Is Camille Lamb Dating Anyone?

Camille has always been quite private regarding her dating history and doesn’t reveal much about it in public. However, she does keep her followers updated about her day-to-day life through social media and often posts pictures of the wonderful memories she makes with her family and friends. Hence, while it is apparent that Camille has built up a wonderful life for herself surrounded by her loved ones, the absence of a romantic connection is evident. That, coupled with no reports on her dating life, makes us believe that Camille is currently single and focused on furthering her career.

Read More: Below Deck’s Tony Duarte: Everything We Know