Ben and Erin Napier: Everything We Know 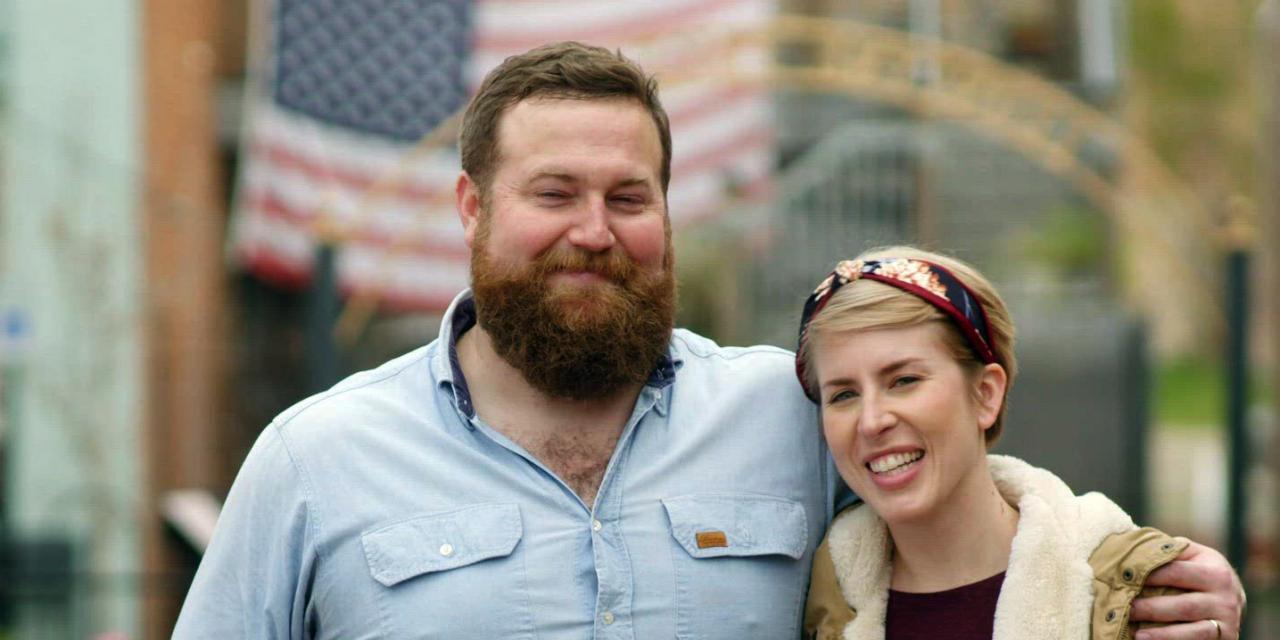 Ben and Erin Napier are two of the most recognized faces on HGTV. An exceptional example of a power couple, the Napiers rose to fame with the reality show ‘Home Town,’ where they renovate old houses and transform them into dream homes for newcomers into their beloved town of Laurel, Mississippi. The couple receives a lot of love because they are not just dedicated to giving houses another lease of life but because they genuinely care about the community and help their small town in whichever they can.

Ben and Erin have most recently been seen in the ‘Home Town’ spin-off series ‘Home Town Takeover.’ Fans are happy to see the two home renovation experts more often on their screens and cannot stop gushing about how adorable and dreamy they are together. If you want to know more about their relationship, we’ve got you covered!

Ben and Erin Napier’s Journey Together

You would be surprised to know that Erin (35) and Ben (37) did not have a background in home renovation before they got their show on HGTV. While Erin has a Bachelor of Fine Arts degree in graphic design, Ben holds a degree in history. However, Erin’s eye for aesthetics and Ben’s skills as a craftsman and woodworker make them a solid team for ‘Home Town.’ The couple began their professional journey on social media unexpectedly.

Erin had been sharing her work on Instagram for a long time with #ILiveinLaurel. After Southern Weddings did a feature on their home in 2014, Erin and Ben’s lives turned around. The number of followers on Erin’s Instagram handle grew exponentially, and one of the followers happened to be an HGTV executive, Lindsey Weidhorn. Eventually, Lindsey asked them about making a television show, and the couple was game since they saw it as an opportunity to draw positive attention to their town, Laurel. Then, there was no turning back.

The success of Erin and Ben’s HGTV show also spawned two spin-off series called ‘Home Town: Ben’s Workshop’ and ‘Home Town Takeover.’ In the show that highlights Ben, he shares his skills and expertise with celebrity guests. In contrast, ‘Home Town Takeover’ follows the couple as they work towards restoring an entire town. In a public statement, Erin said how proud she and her husband were to be a part of the first HGTV show to take up renovation and restoration for a whole town.

Erin and Ben have also authored a memoir titled ‘Make Something Good Today’ which shares an encouraging reminder to look at the positive aspects of life even when things are not going well. The book documents their journey before and after they rose to fame with ‘Home Town.’ The couple also runs three businesses, namely Laurel Mercantile, Scotsman Co., and Lucky Luxe.

How Did Ben and Erin Napier Meet?

Ben and Erin first met on December 7, 2004, in their college yearbook room, when they were students at Jones County Junior College. However, Erin had known about Ben for almost two years before that and had the biggest crush on him. After two days of officially meeting each other, they went on their first date, and by December 13, 2004, they decided that they would get married one day. For the couple, that week in their life means more to them than their wedding anniversary. They call it the “love week.”

On September 21, 2007, Ben proposed to Erin, and they tied the knot in 2008. The way Ben proposed to Erin is as adorable as their meet-cute. Ben asked Erin to go with him to a book store to buy a book for class. He asked one of their friends to hand her a leather-bound book while he went upstairs. As Erin started to go through the book, she realized that the couple in the book were her and Ben. On the last page of the book, there was a note inviting her to the top floor, where Ben was waiting on the balcony to propose to her.

Ben and Erin got married in 2008 at the age of 25 and 23, respectively. It has been more than 12 years since their wedding, and they are in love with each other more than ever. While they never let go of an opportunity to express their love for each other, Erin and Ben also have adorable traditions that keep things fresh. The fans would know that Ben writes Erin a note every morning reminding her of everything he loves about her. He signs off his notes as “Big,” a name that Erin affectionately calls her 6’5” husband who towers over her.

Erin has also shared that her husband wakes up before her and keeps Coke ready for her since she is not a coffee person. On several occasions, Ben has stated that his wife is his “dream girl,” and it is his goal to win her over each day. The couple has a lot in common, right from their devotion to their church to their love for vintage cars. Whenever their community has needed them, they have risen to the occasion and offered help.

In April 2020, Laurel was hit by a tornado, and the couple stepped forward to help with the rehabilitation. Ben offered free wood to anyone who needed it for repairs, and Erin worked closely with local organizations helping to feed and clothe displaced families. It is no wonder that the Napiers are well-loved and respected in their community.

Erin and Ben’s daughter Helen was born in January 2018, less than a week before the second season of ‘Home Town’ debuted on HGTV. They did not share the news of their pregnancy for a long time, even though they were filming season 2. For Erin, being pregnant was something she feared and did not think she would get the opportunity to experience since she was diagnosed with a perforated appendix. In an interview with People in May 2020, Erin said, “We knew that if children weren’t in the plan biologically, we would adopt. If we couldn’t adopt for some reason, having each other would be enough.”

Having a child has encouraged Ben to adopt a healthier lifestyle because he wants to give time to his family and be there for them for as long as possible. In an episode of ‘Home Town’ in April 2021, Erin and Ben announced that they are expecting their second child, a baby girl. The couple could not keep the pregnancy a secret anymore as their second daughter is due in May 2021. Like the first time, the second pregnancy came as a surprise to them when they were filming ‘Home Town Takeover’ in Wetumpka, Alabama.

Helen, who is now 3-years-old is excited to welcome her baby sister into the family. The toddler has moved to her “big girl room” so that her sister can have the “baby room.” Ben had built a crib for Helen, which is soon going to belong to their newborn baby. The couple shared that Helen checks the crib every day to ensure that it is ready for her sister. The Napiers also have two Great Pyrenees dogs, Baker and Chevy. Talk about a picture-perfect family!