Despite the undeniably unnerving details involved, true crime is somehow the one genre that always captivates the human mind the most. It could be because of the problem-solving element in most cases, or it could be because it gives us an opportunity to feel secure while learning to process negative actions. But whatever it may be, uncovering such matters seems strangely reassuring and empowering, whether in the form of documentaries or podcasts. For now, though, let’s only focus on the latter and delve into the top true crime podcasts that came out in 2021, shall we? 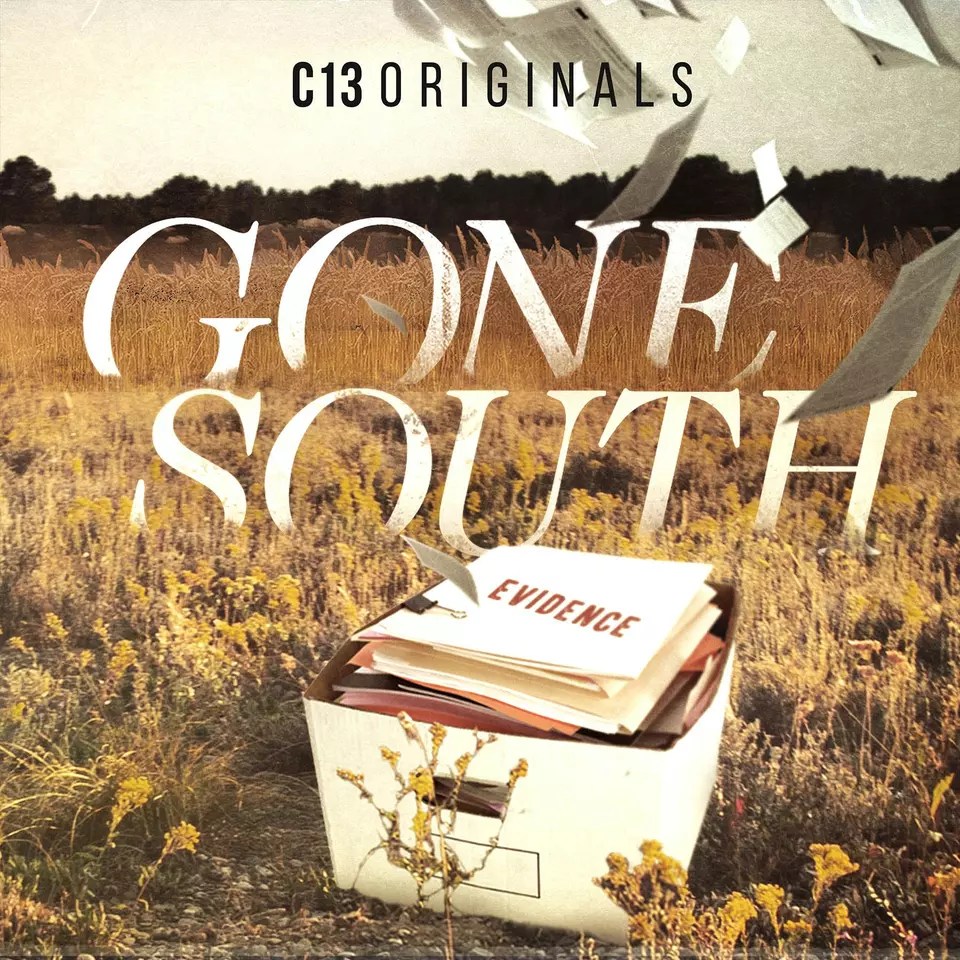 Hosted by journalist and documentary producer Jed Lipinski, ‘Gone South’ follows the perplexing tale of Margaret Coon, a former sex-crimes prosecutor who left home to walk her dog one evening in February 1987, never to return. After all, although the 41-year-old was inside one of Louisiana’s most affluent communities, she was found stabbed to death on the side of the road the following morning, with no signs of struggle, robbery, or sexual assault. It’s been nearly 35 years, but her case is still unsolved, so this podcast examines every piece of evidence and theory in the hopes of finally unveiling some much-needed answers. You can listen to all its episodes right here!

While the first season of ‘Chameleon’ profiled a long-running scam by the so-called Hollywood Con Queen, the second installment explores how a dietary clinic owner in Las Vegas, Nevada, became the focal point of a federal sting operation that ultimately went bust. From strange business dealings to suspected money laundering to undercover missions for two years, this stranger-than-fiction matter has it all. Yet, as conceded from the get-go, no one was ever convicted of any offenses. You can check out all chapters of the compelling ‘Chameleon Season 2: High Rollers,’ with enthusiastic journalist Trevor Aaronson serving as the host, right here. 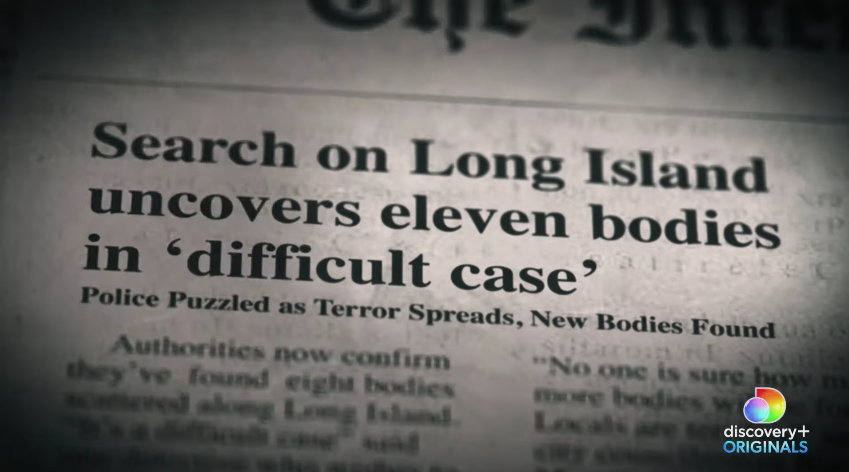 Investigation Discovery’s ‘Unraveled: Long Island Serial Killer’ can only be described as a mind-boggling podcast that looks into not only the crimes of the still un-identified LISK, a.k.a the Gilgo Killer or the Craigslist Ripper, but also the investigations into the same. Because the heinous murderer is believed to have slaughtered 10 to 16 women over two decades, and no arrests have ever been made, journalists Alexis Linkletter and Billy Jensen decided to try and figure out the reason, only to uncover police corruption and much more. You can listen to the particulars of all that right here. 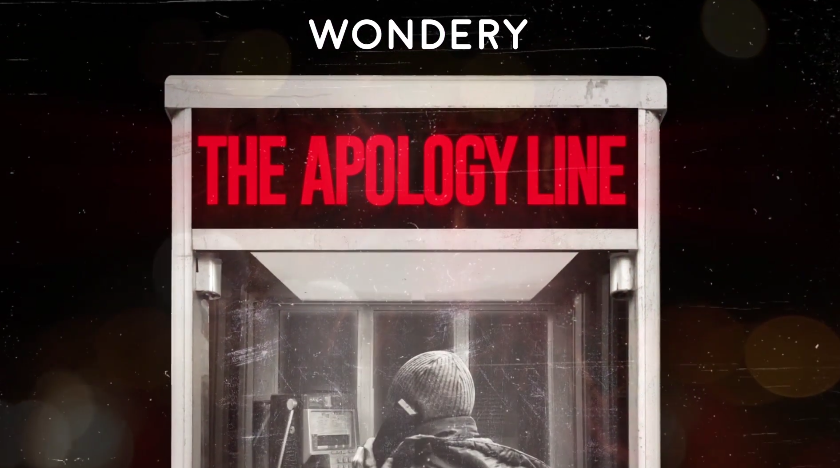 As the title suggests, ‘The Apology Line’ revolves around a phone line set up by conceptual artist Allan Bridge for mere confessions and apologies that soon turned into a space highlighting the darkest of human impulses. After all, apart from messages from cheating partners, child runaways, and addicts, serious criminals and killers started phoning in to report their misdeeds to the anonymous Mr. Apology as well, all in the hopes of getting it off their chest for good. Hosted by Allan’s widow, Marissa Bridge, this six-part podcast includes many of the tapes accumulated over 15 years, along with further information. You can check it out here. 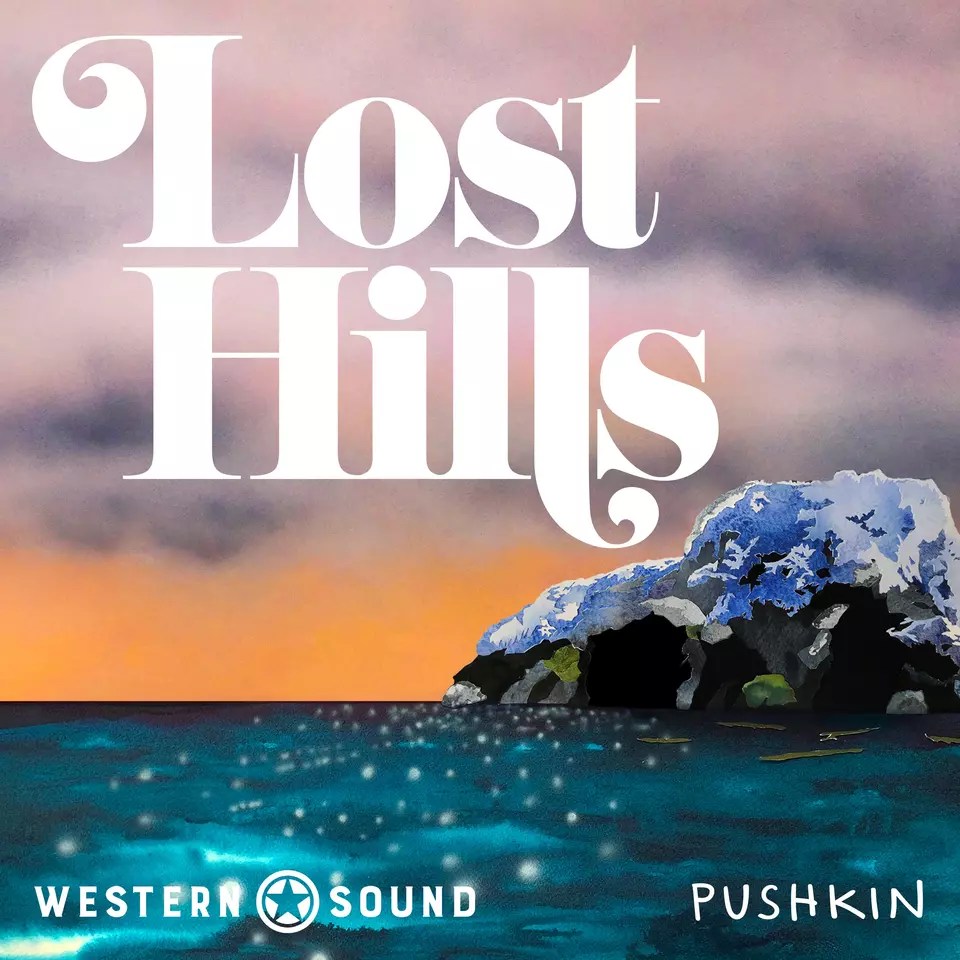 Set against the backdrop of sunny Malibu in California in the early 1980s, ‘Lost Hills Season 2: Dead in the Water’ examines the drowning of Verna Johnson-Roehler and her young son, Doug, while they were boating only thirty miles off the coast. Their deaths were initially ruled accidental, yet as the probes began, the sole survivor and witness of the matter, Verna’s husband, Fred Roehler, was arrested, charged, and eventually convicted of murders. From the charming lifestyle of the city to the new money in the area to claims of innocence, everything is illustrated in this podcast, which you can listen to here. 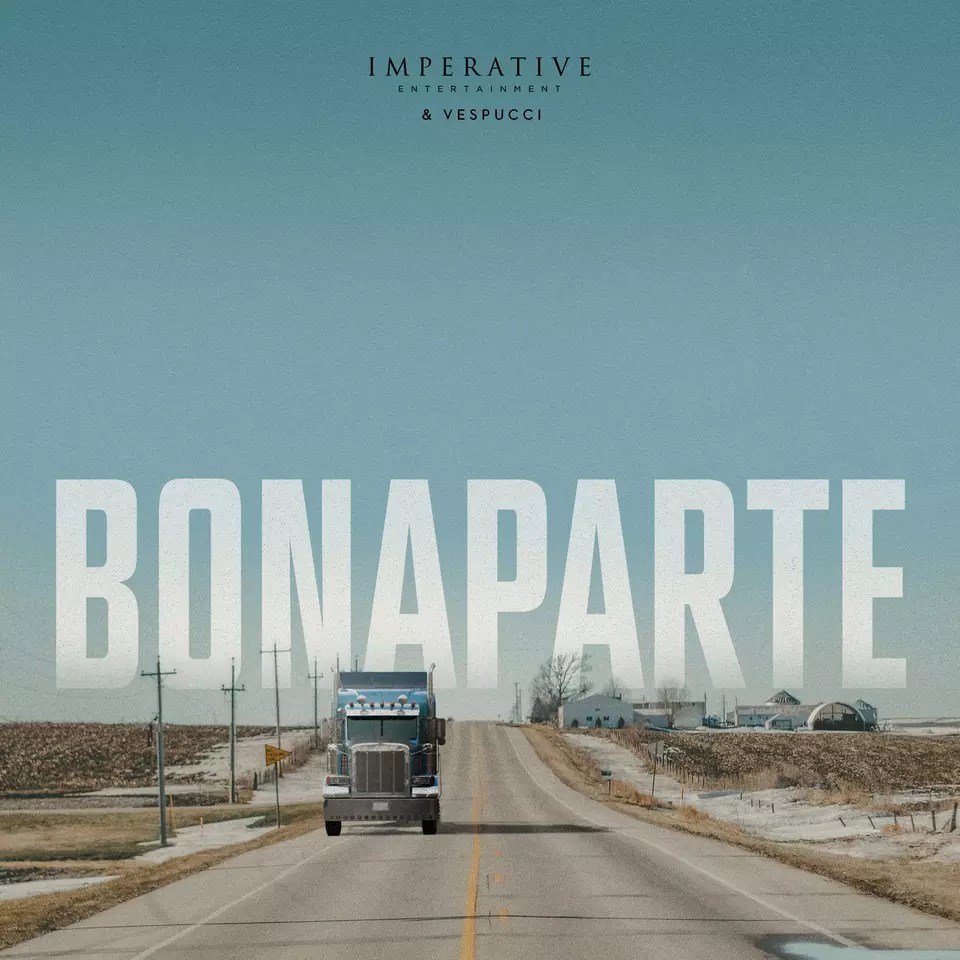 In the early morning hours of October 26, 1996, a young mother named Laura Van Wyhe was found alive yet incoherent on a highway near Kahoka, Missouri, only to pass away at a hospital three hours later. It was clear that she was attacked, but there were no clues about who could’ve been responsible, meaning that her case has since remained unsolved. The host of the podcast, Jason Stavers, along with Laura’s childhood friend, Anne Champion, now a prominent Manhattan attorney, return to Iowa 25 years after the fact to try and piece together the truth about what exactly transpired. You can listen to the truly gripping show here.

6. The Next Call with David Ridgen

As the title suggests, ‘The Next Call with David Ridgen’ is a podcast that writer, producer, and filmmaker David Ridger (‘Some Knows Something’) hosts in his signature empathetic style. Here, he tackles two enigmatic unsolved cases through strategic phone calls with the victim’s family members, law enforcement officials, and even potential suspects to see if closure can be achieved. From disappearances to homicides, all kinds of matters are delved into, which makes it perfect for every true-crime fanatic. You can listen to the fascinating podcast right here.

5. A Death in Cryptoland

‘A Death in Cryptoland’ chronicles the life, secret past, and sudden demise of Gerald Cotten, the CEO of Canada’s largest cryptocurrency exchange, along with its bizarre aftermath. The 30-year-old had reportedly passed away while honeymooning in India in late 2018. But once the news of around 76,000 people associated with his business being out of a quarter of a billion dollars came to light shortly after, theories about whether he was really dead or not came to light. After all, even an online sleuth found trails of funny trades from the get-go, which you can listen to right here. 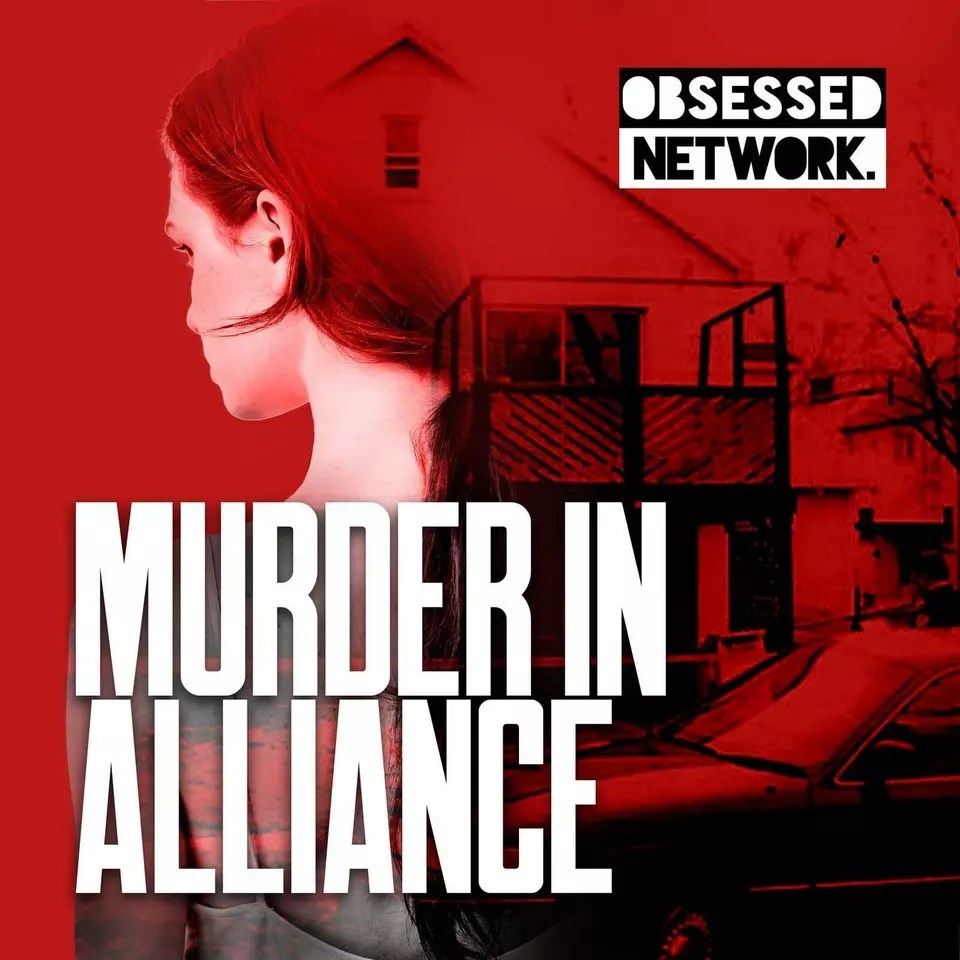 ‘Murder in Alliance’ is a podcast that follows the incredibly engrossing tale of Yvonne Layne, a 26-year-old mother who was found murdered inside her Ohio home on April Fools Day, 1999. Her ex-boyfriend and the father of one of her children, David Thorne, was soon arrested, charged, tried, and convicted of the homicide, even though he has always maintained his innocence. That fact and other suspicions of a botched inquiry led journalist Maggie Freleng, alongside Jason Baldwin, to reinvestigate the matter to unveil precisely who killed Yvonne. The high-point of the podcast is its final episode, which will leave you completely shocked. You can listen to the podcast here. 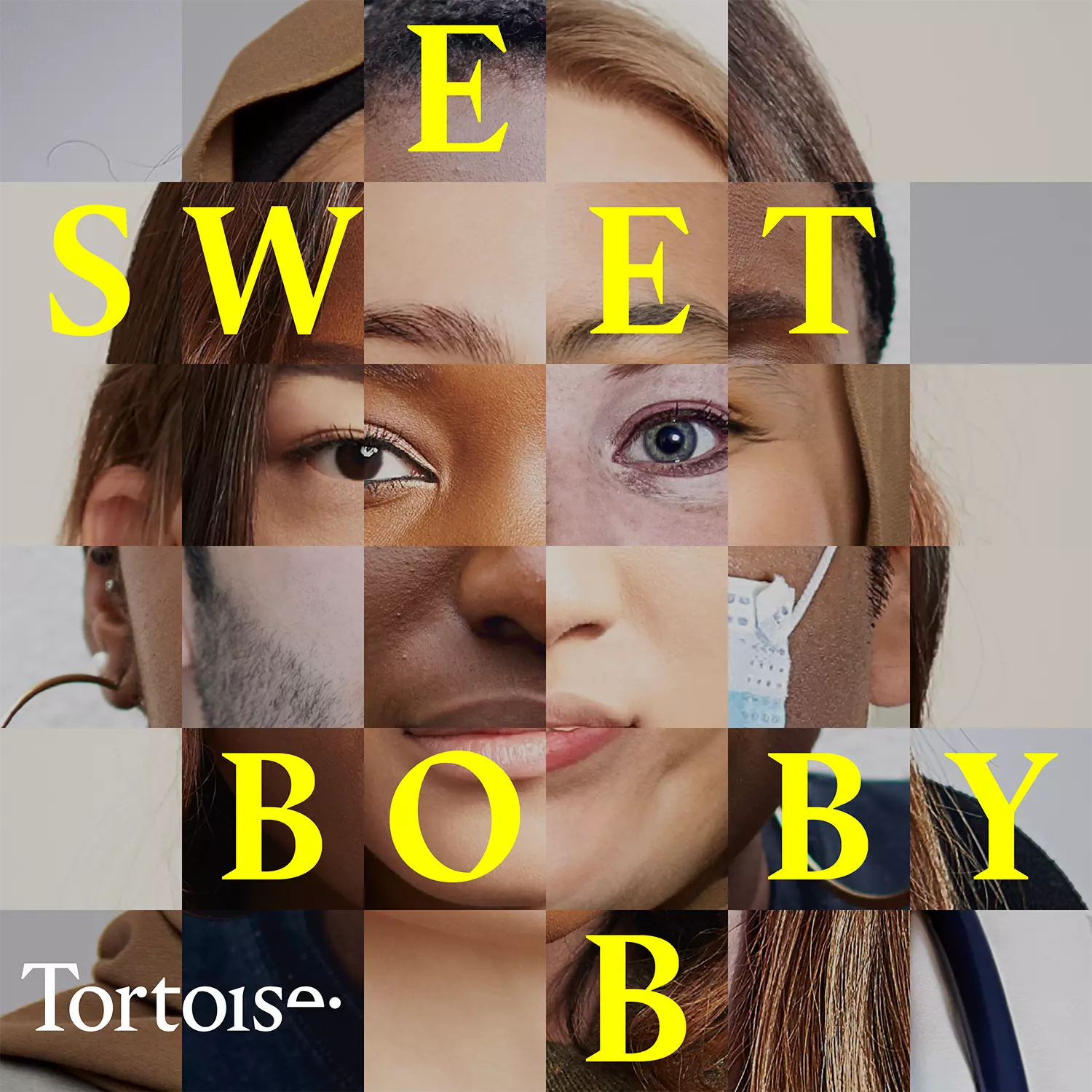 ‘Sweet Bobby’ is a six-part live investigation podcast that explores a story of catfishing unlike any other. When successful radio presenter Kirat Assi met a cardiologist named “Bobby” through Facebook, she felt a spark and decided to open up to a romance that even included her falling asleep to the sound of his breathing for comfort. However, once she finds out that their love affair was built on a foundation of lies and deceits, she fights to ensure that no one else would become the victim of the person deemed one of the world’s most sophisticated catfishers. An unforgettable podcast that keeps getting weirder and weirder as you listen to it. You can listen to the episodes here. 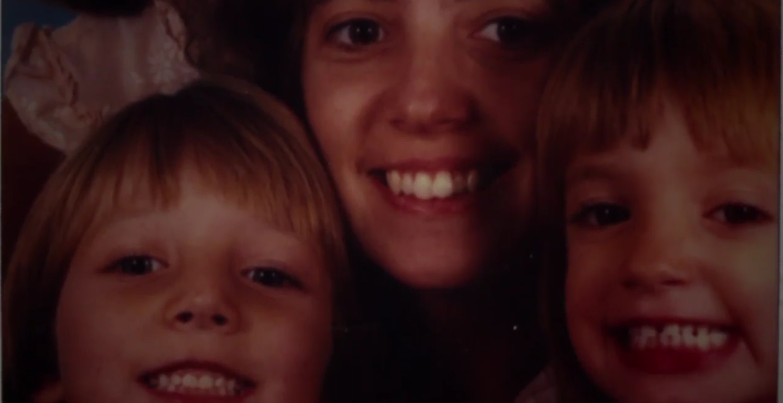 Hosted by Delia D’Ambra, ‘CounterClock Season 3: The Pelley Family Massacre’ revolves around the infamous April 1989 Pelley family murders in Indiana at the hands of the family’s son, Jeff Pelley, over an argument about prom. Not only that, but this podcast also traverses about five decades to follow leads that possibly connect the Pelley victims to a few unsolved crimes in South Florida. In short, this already complicated case takes several new twists and turns due to alleged additional offenses, only to prove that history is incredibly essential in any matter. Easily, the most bingeable podcast on this list, with every episode adding a new layer to the twisted story. You can listen to all the episodes of the podcast right here. 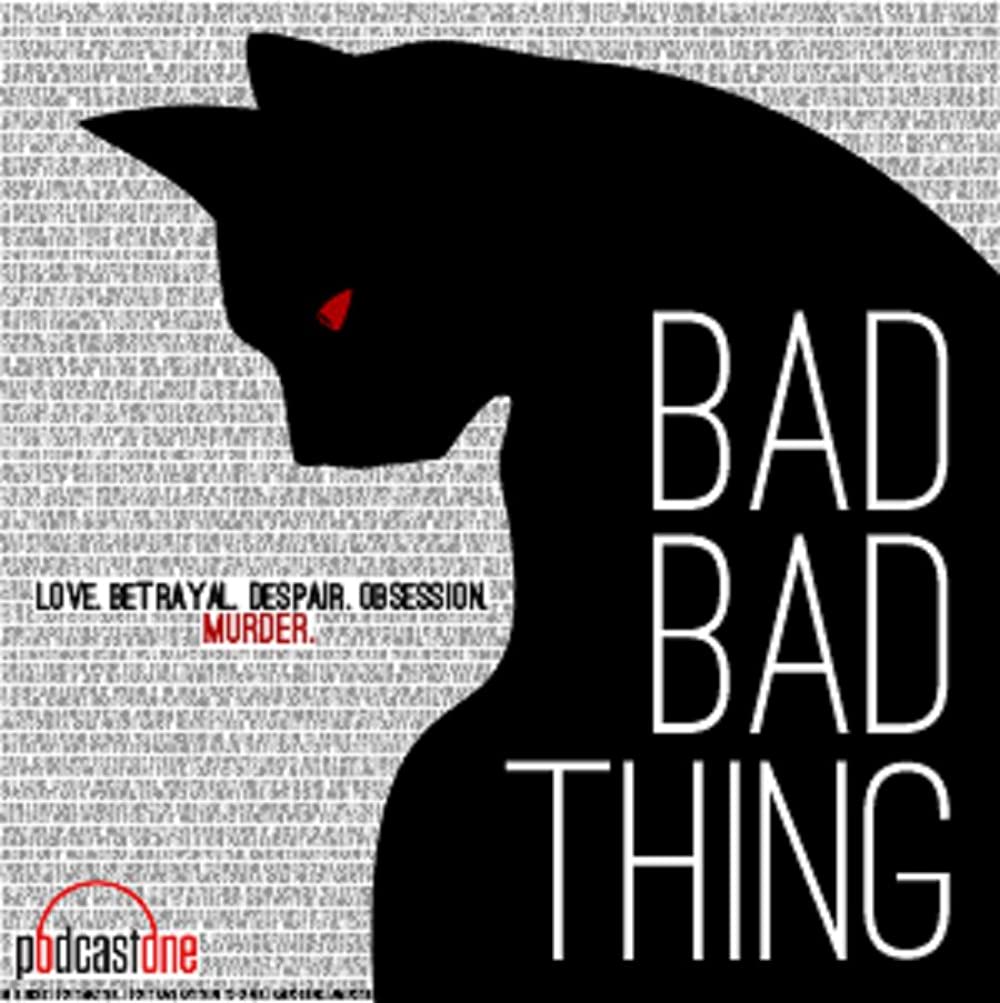 ‘Bad Bad Thing’ is a podcast that focuses on the case of Jennair Gerardot, who killed her husband’s boss and misteress after confirming their affair with the help of secret recordings. Unable to bear her partner’s lies, she’d also started to tape herself while orchestrating a plan full of vengeance as well as self-harm, meaning that the betrayal cut her so deep that she not only decided to take the life of her “rival” but also her own. Thus, with the actual recordings and insight from a psychologist, this six-part podcast gives us more than just true crime; it examines a tragedy that breaks all bounds of emotional ordeals. An amazing podcast that reveals so much about love, relationships, and above all, how fallible humans are. You can listen to this heart-breaking podcast right here.