The finale of ‘Better Call Saul‘ Season 5 seems like a breather for the characters, despite packing a fair bit of action. Contrary to what we expected, every significant person walks away alive, in the final episode. Despite the focus being mainly on the war between Gus and Lalo, it is Saul and Kim’s plans for Howard Hamlin that are most worrisome. Curious to find out what goes down in the latest episode, and what the ending means? We have got you covered. 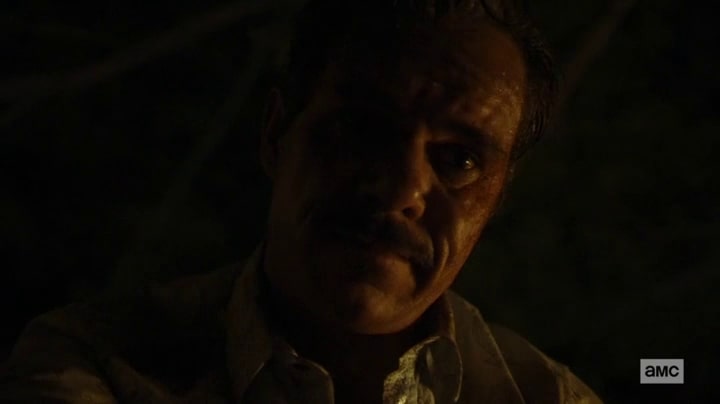 Titled “Something Unforgivable,” the episode takes place over one entire day and the remnants of the night that Lalo visits Saul and Kim’s apartment. Right after he leaves, the lawyering couple is worried about their safety. They make the smart choice of moving to a hotel.

As they spend their day in relative ease, Saul is more willing to be pampered than Kim. The latter heads to court, where she has an encounter with Howard. She learns how Jimmy has responded to Howard’s offer, and instead of siding with her former boss, Kim defends her husband. Meanwhile, Saul tries to straighten things with Mike, to neutralize the threat Lalo poses.

Back at the hotel, Jimmy and Kim discuss how to play pranks on Howard. It escalates from harmless shenanigans to something as serious as forcing him to tank the Sandpiper case. Kim believes that the money owed to Jimmy should help them open a pro-bono law firm. On the other side of the border, we see Nacho getting acquainted with Lalo’s life in Mexico. The showboating Salamanca does not take long to regain Don Eladio’s favor within the organization. However, we know that Gus has set a plan in motion to eliminate Lalo.

Even as Saul tries to dissuade Kim from enacting the plan against Howard, the killers breach Lalo’s compound with Nacho’s help. However, the wily Salamanca not only manages to outwit them but also enacts his vengeance ruthlessly, only to disappear into the night. 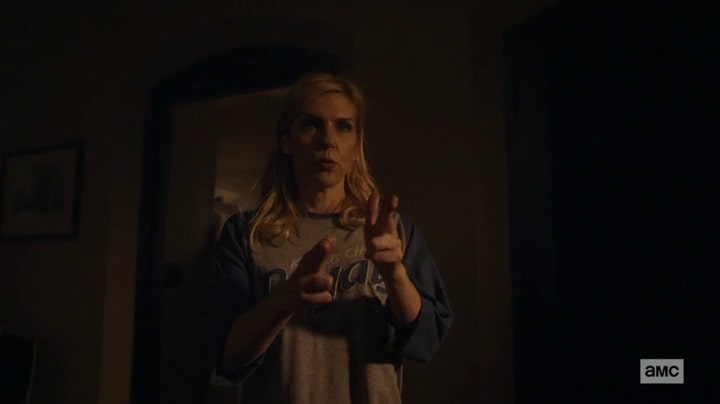 The ending to ‘Better Call Saul’ Season 5 perfectly sets up how the story can play out in the upcoming season. Firstly, we were sure that Nacho would bite the bullet in the finale. Luckily he is still breathing. However, he might not make it back to the cartel life, with both Lalo and Gus still alive.

Moreover, Nacho’s survival might be on the line, because Lalo is bound to have figured out that Ciro did not start the fire. Now that he has neutralized the assassins, Lalo is sure to notice that Nacho’s body is not among the dead people at the compound. We have already seen that the formidable Salamanca has an eye for details, so something significant like Nacho’s absence won’t go past him.

The other significant angle that needs to be addressed is how Kim is becoming more like Saul than Jimmy. In more ways than one, Jimmy is the world’s second-best lawyer. Not only can Kim work the law better than Jimmy can, but she can also come up with cons that make the seasoned trickster take a step back. Her most recent plan against Howard has given Jimmy pause. Yet, this is a very different Kim we see, and one which might take her story in a new direction.

As Kim hatches the plan of something unforgivable, she does not look like she needs saving. Instead, she mirrors Jimmy’s double finger gun when he changed his name to Saul Goodman. Kim is in the game now, and she can probably play it better than Jimmy. So what does it mean for her? Well, we have assumed that Kim would meet her demise sometime in the season, or at least remove herself entirely from Jimmy’s life. Since Chuck’s death only led to Jimmy changing his name, it has to be something more hurtful that makes the roguish lawyer embrace the Saul Goodman persona.

Lalo is turning more dangerous by the moment, and the ending only proves that he is not satisfied outwitting his enemies. He has to decimate them completely. Although he has a chance to flee the compound, he doubles back, to kill the assassins, before forcing the last one to declare they’d killed Lalo. With the element of surprise on his side, Lalo might blindside Gus soon enough.

In terms of character arcs, the ending does not add much to Lalo or Nacho, as it does to Kim. We’ve known that Lalo is wily, and Nacho is smart enough to think on his feet. However, we’ve believed Kim to have a moral compass, while Saul is addicted to troublesome schemes. Now, it appears that Kim’s moral compass is askew. She decides to do something terrible, believing that the ends justify the means. Unfortunately, she’s starting to resemble the big, wicked Walter White from ‘Breaking Bad.’

Kim might be the one who gets addicted to the lifestyle, forcing Jimmy to embrace the Saul persona fully, only to show her the dangers of her choices. For now, Kim is wilfully moving down a path of darkness. Lalo has been forced onto a path of violence. Whether the two will meet again, remains to be seen. However, the ending of ‘Better Call Saul’ Season 5 gets the ball rolling on the inevitable tragic conclusion that awaits us in the final season.

Read More: What to Expect From Better Call Saul Season 6?