Beyond Scared Straight: Where is the Cast Now? 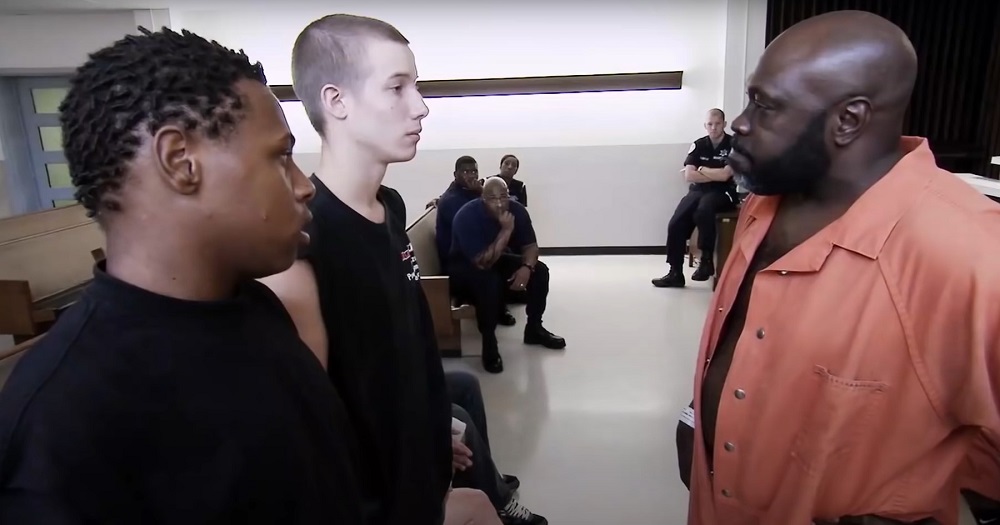 ‘Beyond Scared Straight’ is a reality TV series based on the 1978 documentary ‘Scared Straight!’ The movie follows a conversation between teenage delinquents and convicts, the latter doing anything to scare the youngsters into following a law-abiding path. Inspired by it, the A&E show features a group of teenagers in every episode that goes through a similar experience.

First premiered in January 2011, the show ran for nine seasons before concluding its run in September 2015. Since over a decade has passed since the series first aired, fans are sure to be excited about how effective the experiment was and where the cast members are these days. As loyal fans of the show, we are eager to explore the same and learn about as many featured teenagers as possible. Let’s begin then, shall we?

Where is Emily Now?

In the show’s very first episode, viewers are introduced to Emily. The teenager would often drink alcohol and cause property damage. Additionally, her relationship with her mother was far from the best. However, after her time on the A&E show, Emily entered a rehab program for a year by court order. In November 2011, she completed the program and started to lead a sober and clean life. Emily’s relationship with her mother had also improved, and she decided to enter community college, get a two-year degree, and pursue her dream of becoming a chiropractor.

Where is Leanna Now?

Due to her actions, Leanna’s relationship with her parents was far from good before she entered the show. In fact, they had even taken off the door to her room to keep her in check. Initially defiant about changing her ways, she soon came around. Leanna started paying more attention to her studies in high school and even took an interest in softball. Additionally, she started attending her father’s church every Sunday and even made it a habit to attend her boyfriend’s church. Delighted by her behavior, Leanna’s parents rewarded her by giving her a horse and letting her have a door to her bedroom.

Where is Steven Now?

As seen in the second episode of the show’s premiere season, Steven seems to have grown out of his liking for the “outlaw” life. He is seemingly based in Seattle, Washington, and remains active on social media. Through his platform, Steven likes to talk about different societal issues like police brutality. Besides, he likely joined a caravan journey from Seattle to Washington, DC, in August 2022 to protest against the rising cases of police violence that had gripped the nation at that time.

Where is Shane Now?

Following his trip to the Lieber Correctional Facility in South Carolina, Shane seemingly left alcohol and law-breaking behind him, though he continued to use marijuana. However, in December 2011, his sister shared that the teenager had been kicked out of high school for having marijuana on school grounds. Possession charges were filed against him, and he had to appear in court for his misdemeanor. Shane had still not stopped smoking the herb at that point.

Where is Harold Now?

A teen father, Harold decided to change his ways and be a provider for his son by getting a job. In high school, he was able to maintain average grades but did not partake in extracurricular activities. Shortly after his prison trip, Harold started working part-time at a landscaping company and remained a part of his child’s life and that of his son’s mother, Spelaisha. Following his high school graduation in 2012, the teenager hoped to enroll at a trade school and become a certified welder.

Where is Tyler Now?

Though Tyler did not immediately leave marijuana after his journey through Lieber Correctional Facility, his lifestyle soon changed. Before December 2011, he started attending a military academy and apparently stopped using the drug. His new institute’s disciplined and structured lifestyle helped Tyler control his temper. He was even made Sergeant Standard, along with the responsibility of leading those ranked lower than him.

Where is Katie Now?

Katie quit drinking though she still struggled with cigarettes and cleanliness. Her performance in school improved significantly, and the teenager even left her old friends behind to find companions who may genuinely care about her well-being. Her friendship with Logan remained strong, and the two planned to share a living space sometime at the start of 2012. Katie also took up a part-time job at a resort near her residence during her school years.

Where is Logan Now?

Due to causing a disturbance, Logan was expelled from school, and she decided to continue her schooling through the internet. Shortly before her 17th birthday, Logan realized she was pregnant and became a mother to a bouncing baby boy in August 2011. Though the child’s father stepped up to provide financial support for the kid, he and Logan did not continue their relationship. When she learned about her pregnancy, the young mother stopped smoking marijuana. Logan earned her GED from a local community college and started working two jobs to provide for herself and her son.

Where is Brandon Now?

When 16-year-old Brandon P came on television, he was more inclined to impress his gangster friends than his mother. However, following his prison trip, he changed his way, cut off ties with gangs, and studied diligently. Not only did Brandon take biweekly lessons from a tutor, but he also decided to try out for his school’s football team. Despite his extreme behavior on the show, he improved his ways drastically and was even on the A/B Honor Roll during his high school graduation. Additionally, Brandon was given the award for Most Improved Student.

Where is Garrett Now?

After his time on the show, Garrett decided to make significant changes in his life and stooped using alcohol and marijuana. The teenager ended up enrolling in an alternative school and earned his GED. He also moved in with his grandmother, who could not be prouder of Garrett. “After the jail tour, I moved in with my grandma because it’s a place, an environment, for me to be able to go to school, work, and focus on my priorities,” the teenager shared.

Garrett’s grandmother was also happy that the changes her grandson had made were not a result of any ultimatums or threats she may have had to make. Following his high school qualification, he started taking college courses though he hoped to join the military.

Where is Toby Now?

Next, we have Toby, who first appeared as a prison tourist in the thirteenth episode of season 3. With 15 charges of various types of assault on him, he was one of the most notable cast members on the show. During his time as a tourist, he clashed with Deputy Jonathan Lyle, who hoped to change Toby’s lifepath in any way possible. However, the trip did not affect Toby as he continued his aggressive behavior, clashed with his mother, and left school since he thought it pointless.

Season 5 of the series also featured Toby as an inmate who had been serving time due to allegations of him assaulting his mother. While on the show, he had a genuine conversation with visiting teenagers and told them the realities of being a prisoner. After two years in prison, Toby was put on probation but reportedly returned to imprisonment in 2016 on charges of possession of meth and a firearm. In February 2017 and July 2019, he was apparently arrested for possession of meth twice more.

In 2019 Toby was seemingly charged with doing felony-level damage to the floor of a cell. This led to an apparent 14-month stay in prison, and he was released in August 2020. However, two weeks later, he was arrested for assaulting, imprisoning, and threatening a woman. A couple of months into his arrest, three more charges were added to his sheet for breaking a sprinkler and flooding his cell block. This led to his incarceration without a bond.

Where is Cedric Now?

Cedric became well-known among the fans of ‘Beyond Scared Straight’ due to his frank conversation about his sexuality with Ms. Foxxy, an inmate. Recently, many believed that the two became involved romantically, given their social media activity. However, Cedric clarified that they are friends, and Foxxy has taken a mentor-like role in his life. Based in Atlanta, Georgia, Cedric has a significant following on different internet platforms and likes to post various content for his fans.

Where is Lexi Now?

A post shared by Lexi | Beyond Scared Straight🙃 (@qveen_lexieee_)

Another ‘Beyond Scared Straight’ cast member who has gained a massive social media following is Lexi. As of writing, she is based in Illinois and is part of the healthcare industry. She celebrated her birthday on August 14, 2022, and is pretty candid about her time on the A&E series.

How Did Franklin Morris Die?

Three years after his television appearance in 2012, Franklin Morris was shot and killed. The unfortunate incident occurred in Baltimore, Maryland, near a playground in the northern part of the city. Other victims of the crime include Marquise Caldwell(19) and Tyrik Adams(17). Franklin’s family and friends confirmed the news to A&E as they grieved his loss.

How Did Destiny Die?

We also regret to inform you about the death of Destiny. The teenager appeared on the show and shared that her home life was far from way due to the absence of parental supervision. She also had a daughter at a young age and suffered from postpartum depression. When her daughter was two and a half years old, Destiny reportedly ran away from her home. However, around her daughter’s third birthday, the young was attacked by two strangers while on the streets, resulting in her untimely demise.

How Did Ashley Tropez Die? 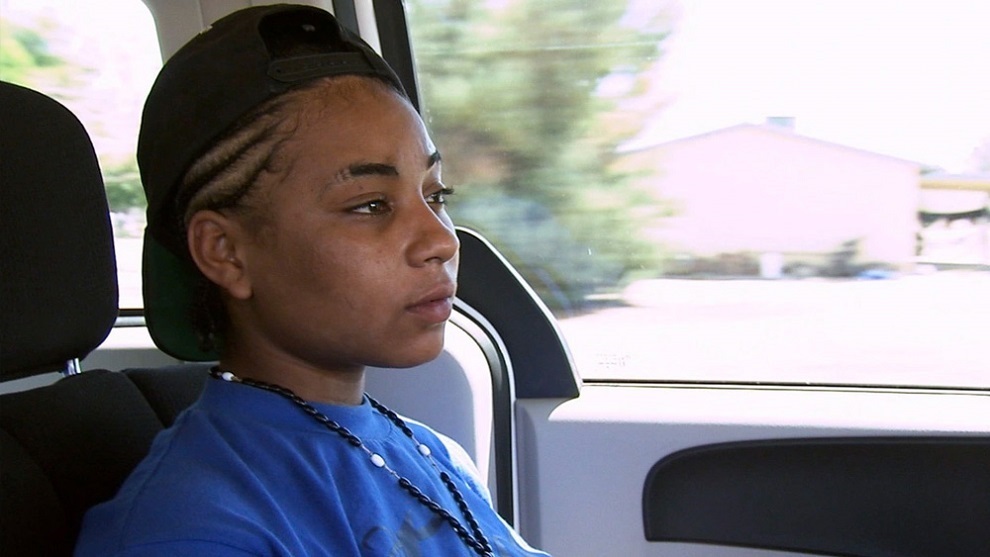 In August 2022, Ashley Tropez was found dead in a house in Victorville, California. At the time of her passing, she was 24 and was found after the police checked up on the house following a report of a dead body on August 26, 2022. “Upon arrival, deputies located Ashley Tropez inside the house, suffering from traumatic injuries,” the official police report stated. 24-year-old Alexis Call, who was apparently “squatting” with Ashley at the Victorville house, was suspected and arrested for the murder of the ‘Beyond Scared Straight’ cast member. The suspect was held at High Desert Detention Center in Adelanto, California.