What is Big Ed’s Net Worth? 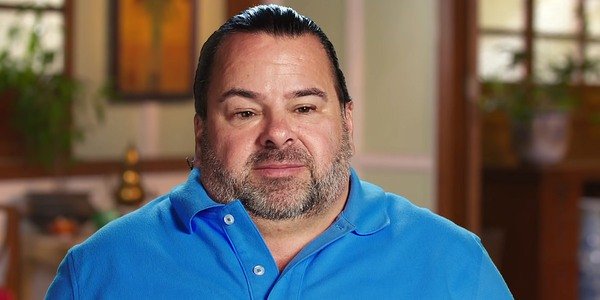 Big Ed has been turning quite a few heads in ‘90 Day Fiance.’ The guy from San Diego is larger than life, despite the rocky romance with Rosemarie, who is 31 years younger than him. Over the season, fans have come to adore and sometimes abhor Big Ed, the man, who rides a Vespa, puts mayonnaise in his hair and is quite controlling when it comes to love. We already know a fair bit about him, including the fact that he fell out with his own daughter to pursue Rosemarie. However, one point of contention in Ed and Rosemarie’s romance has been how much the former’s spent on the latter. This has led fans to wonder, what is Big Ed’s net worth?

How Is Big Ed Making His Money?

Big Ed is not just a reality television personality. He’s also an interior designer and professional photographer. Ed’s time on the show has done wonders for his photography business, and he’s now getting calls from people all over the world. Ed’s doing multiple photoshoots, including family photos and modeling shots. In fact, he has plans to turn his garage into a studio, and by the time the coronavirus pandemic loses its intensity, Ed hopes to find some work.

However, the pandemic has not stopped Ed’s hustle. He’s capitalized on his popularity to sell merchandise on Instagram, through BigEd Wear, his company. Ed sells tees and other products, backed by an anti-bullying campaign. His clothing company has been selling masks, but several fans have hit back at him, asking him to donate the masks instead. Here’s Ed posing, while promoting his company.

He’s also got a side hustle going on. Ed makes recordings for his fans and sells them on Cameo. He charges a cool $80 per recording. The messages are positive as Ed tries to ensure his fans have a good day. Most of the reviews have been positive, as well. However, Big Ed’s Cameo’s won’t come in handy for last-minute gifts, since he takes four days to complete an order.

Big Ed has utilized his position in the spotlight to launch quite a few ventures, and he’ll be hoping to cash in on the success. As of 2020, Big Ed’s estimated net worth is around $800,000. He makes most of his money from his work in photography and as an architectural designer.

Clearly, Ed has had a rocky financial history. However, Ed views ’90 Day Fiance’ as the golden goose that will help him get rich. He believes that the spotlight is on him, at present, and this is Ed’s moment to shine. As a result, he has put forth so many ventures, which have the potential of succeeding. We will leave you with Ed’s most recent post.

Read More: What is David Murphey’s Net Worth?