Big Rich Texas: Where Are They Now? 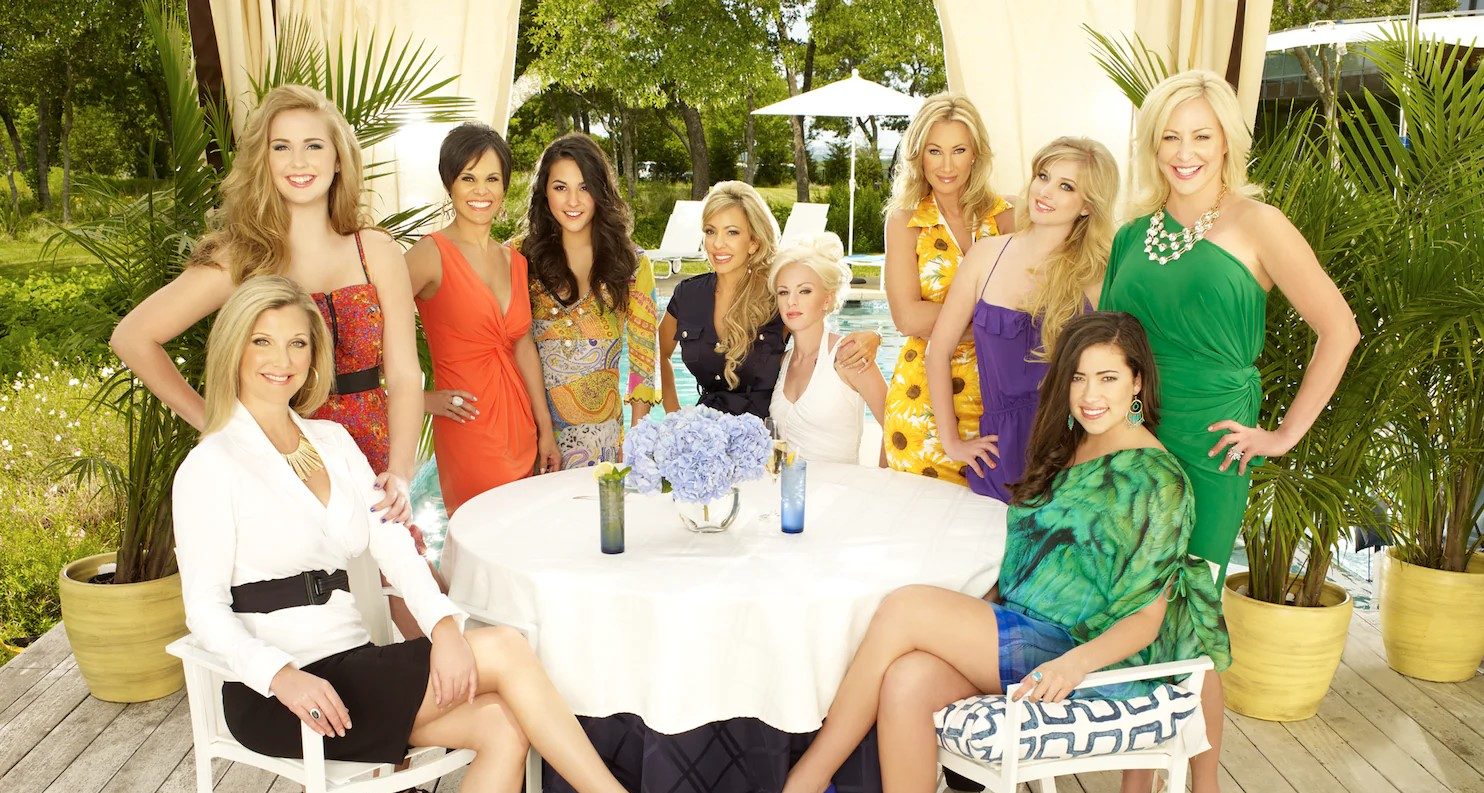 Set in the Texan metroplex of Dallas–Fort Worth, ‘Big Rich Texas’ documents the life of several wealthy women and their daughters. Building on the success of ‘Dallas Divas & Daughters,’ the showmakers decided to provide the viewers with a closer look into the lives of affluent Texan women. The reality series debuted in July 2011 and spanned three seasons, with the last episode airing in January 2013.

Given the abundance of drama and extravagance, it is not surprising that ‘Big Rich Texas’ amassed a huge fan following. As of writing, the season 3 finale is almost a decade old, and fans are curious to know what their favorite Texan women are up to presently. Well, here’s everything we know about the cast of the Texas-based show.

Where Are Bonnie Blossman and Whitney Whatley Now?

Since her time on ‘Big Rich Texas,’ Dr. Bon “Bonnie” Blossman has been thriving in the entertainment industry. Apart from authoring more than 100 video games, Bonnie has ventured into the genre of young adult novels. She and her son Zakk Myer co-authored ‘A Book of Creeps & Haunts,’ which has won several prizes. Currently, the author is waiting for the release of ‘Once Upon a Scare.’

Bonnie’s daughter Whitney Whatley married Brandon Overbey on October 31, 2013, and the couple has an adorable daughter named Rhythm. Whitney’s pregnancy journey was documented in the 2014 spinoff series ‘Big Rich Texas: Whitney’s Having a Baby,’ which also starred Bonnie. She likes spending time with her friends and family and happily shares updates on her family dogs, Hugo and Miss October.

Where Are Leslie Birkland and Goddaughter Kalyn Braun Now?

Leslie Birkland completed her Ph.D. in June 2022 and was quite proud of the achievement. Moreover, the reality star was a part of ‘Dirty Rotten Cleaners’ when the show aired in 2021. Prior to this, she and her sister, Lindsey Denhof, released a book in 2018 called ‘Daughters of Dementia.’ In the book, the two sisters talk about how their father was affected by dementia and how the journey impacted the authors. As of writing, she is the Co-Executive Producer at Simply She and a certified Life and Wellness Coach.

Kalyn Braun, now known as Kalyn Gorcica, was part of ‘Big Rich Texas’ as Leslie’s goddaughter and is seemingly quite happy with her life. The owner of Harlow & Bloom Boutique married her long-time partner, Bobby Gorcica, on July 20, 2020, and is a proud mother of three beautiful children, Emalyn, Enzo, and Emmitt. Her youngest made his appearance in the world in February 2021.

Where are Cynthia Davis and Alex Davis Now?

In March 2022, Alexandra “Alex” Davis filed a lawsuit against Dallas Cowboys owner Jerry Jones. According to the documents submitted by Alex, Cynthia and he had apparently been in a relationship in the mid-1990s, leading to Alex’s conception. Cynthia and Jerry had reportedly reached a settlement according to which he would financially provide for the mother and daughter if they did not reveal the identity of Alex’s father. At the time of the alleged relationship, they both were married to other people. While Cynthia was estranged from her husband, Jerry had been married to Eugenia Jones for almost 30 years.

During Cynthia’s divorce proceedings, it was revealed that her husband was not Alex’s biological father. Hence, she approached Jerry and told him that he was a father. Apparently, he had told Cynthia that he could not have children; he asked her to keep Alex’s paternity under wraps and even provided her help for her divorce proceedings. Twenty-five years later, Alex, now a congressional aide, wanted to know if she could legally claim Jerry as her father without any consequences. In April 2022, she dropped the lawsuit and decided to go ahead with DNA and parentage testing.

Where are Connie Dieb and Grace Dieb Now?

Connie Dieb, now Connie Kollinger, is enjoying her life to the fullest- she married Howard Kollinger on July 1, 2016, and has been enjoying marital bliss. Since the ending of ‘Big Rich Texas,’ she has been blessed with multiple grandchildren, and her joy is visible to all her followers. Apart from beautiful trips across the globe, the reality star loves to spend time with her loving family. Her daughter, Gracie Dieb, got her masters in Strategic Communications from Texas Christian University in 2019.

Where are DeAynni Hatley, Amber, and Shaye Hatley Now?

‘Big Rich Texas’ star DeAynni Hatley is quite happy spending time with her family, friends, and partner, Dean S Mazdai. The reality star keeps her followers updated regarding the latest happenings in her life through social media. As of writing, she is the Managing Member of Lady Liberty Group and helms a team of construction professionals. While daughters Amber and Shaye are not publically open about their lives on the internet, the two seem pretty happy with their lives.

Where are Pamela Martin and Hannah Duarte Now?

As of writing, Pamela Martin, the mind behind the beloved thriller book series ‘Hard Whispers,’ holds the position of Director of New Business Development in Martin-Duarte Capital Partners. She is also the Chairwoman of the Luxury Meeting Council and sits on the board of The Fashionistas. Meanwhile, Pamela’s daughter, Hannah Martin-Duarte, is well on her way to becoming a Broadcast Journalist. She resides in Los Angeles, California, and likes to help nonprofit organizations, like the Society for the Prevention of Cruelty to Animals. Not just that, Hannah is a member of the Alliance for Women in Media.

Where are Melissa Poe and Maddie Poe Now?

Melissa McManness Poe works as Office Manager at Warren Resources and handles several responsibilities within the company. She is also employed as Human Resources Office Manager in Standard Pacific Homes. Her decades of experience have made her a well-known name in the Dallas/Fort Worth area’s management industry.

On a personal front, Melissa seems more than happy in her marriage with Doug Carson. She likes to work on creative projects and often shares pictures of her delicious food with her followers. Mostly, she likes to spend time with her friends and family and enjoy their company. Her daughter, Madison “Maddie” Poe, also seems to be doing well for herself but prefers to keep away from the public eye.

Where are Wendy Walker and Nikki Walker Now?

As the Principal and COO of Topaz Asset Management, Wendy Rae Walker seems to be flourishing professionally. The reality star is also quite happy on the personal front- with a grandson and a grandaughter, the proud grandma is never shy about sharing her joy with her fans. Wendy takes every opportunity possible to show her support for her son Austin Walker, a news reporter.

Wendy’s daughter, Nikki Rae Walker, now Nikki Rae Sfikas, has been happily married for over five years. She has two beautiful children, a daughter named Sadie Rae and a son named Cade River; the latter was born in September of 2021. Nikki is also the proud owner of Modern Pop, an event service organization.