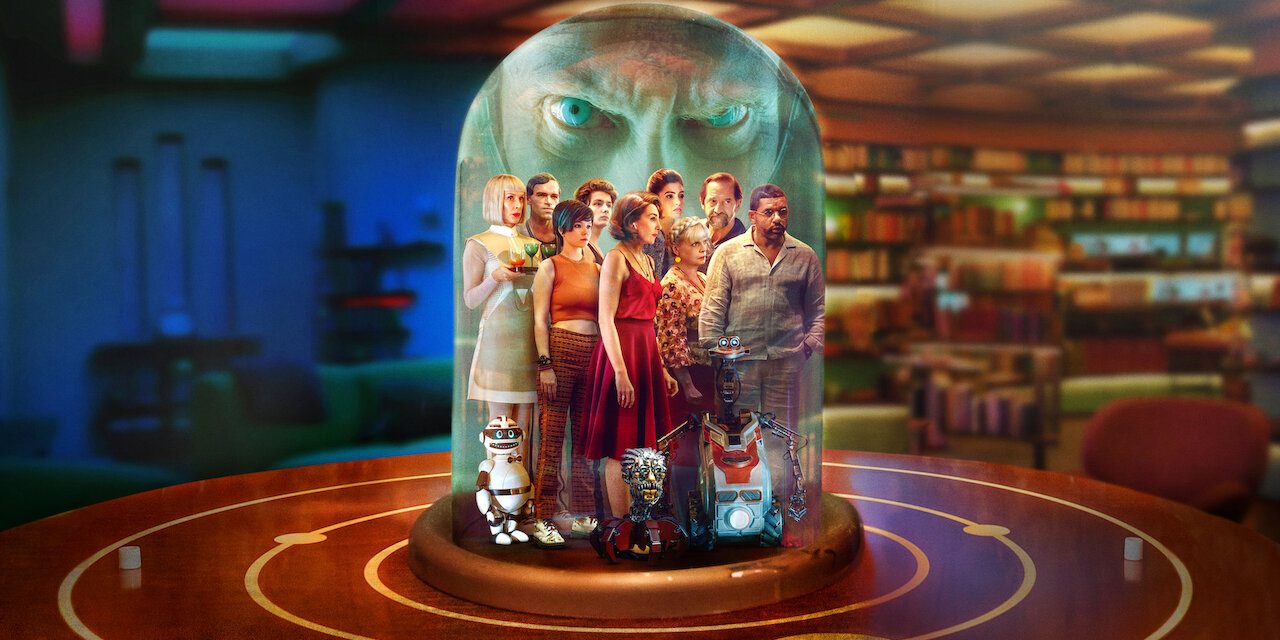 Director Jean-Pierre Jeunet’s French-language comedy ‘Bigbug’ explores the relationship between humans and technology with a satirical angle by targeting every flaw of this rapidly evolving co-dependant ecosystem. The science-fiction movie revolves around a family of quirky and mismatched characters who are forced into a lockdown by their android devices to keep them safe from a robot uprising.

The moderately enjoyable premise is skewered by the film’s ambitious look at the future of humanity. However, as the film reaches the end of its runtime, viewers are plenty invested in the family’s plights and must be wondering about their fates. In that case, here’s everything you need to know about the ending of ‘Bigbug.’ SPOILERS AHEAD!

‘Bigbug’ is set in the year 2045 and opens inside the house of a middle-aged woman named Alice who is spending the day with her boyfriend, Max, and his son, Leo. Soon, Alice’s ex-husband, Victor, his secretary turned girlfriend, Jennifer, and the former couple’s daughter, Nina, arrive at the house. The situation within the house becomes chaotic as the divorced couple bicker over their past while vying for the attention of their new partners. Alice’s neighbor, Francoise, comes to the house searching for her pet dog, Tobey. Just as the tension settles and the visitors prepare to leave the house, the house help androids in Alice’s home execute a lockdown.

Despite the group’s best efforts, the androids refuse to open the house’s doors and let the visitors out. Moreover, they have also turned off the house’s cooling system, much to the frustration of the folks trapped inside. The group learns that the AI system Yonyx, a leading android presence in the world, has sparked an uprising and is trying to replace humans by eliminating them and enslaving them. Therefore, the androids in Alice’s house initiated the lockdown to protect their humans.

Throughout the night, the group led by Victor makes various attempts to trick the androids into letting them out of the house. However, each of their ploys fails miserably. In the process, Nina and Leo grow close. On the other hand, Alice and Max and Victor, and Jennifer begin to experience problems in their relationship.

Meanwhile, the androids attempt to become more human-like by developing a sense of humor and seducing the humans. Jennifer makes a desperate attempt to leave the house and sends a complaint message to the Yonyx HQ. A Yonyx robot arrives at the home and holds everyone, including the androids, hostage. Whether or not the trapped humans manage to outwit the AI and escape from the house makes up for the rest of the plot.

Bigbug Ending: Are the Yonyx Stopped? Do the Humans Escape?

During the film’s final act, the Yonyx robot makes it pretty clear that the humans are in violation of various regulations and codes of ethics placed by the AI system. Therefore, the humans are left with only two choices: to die or become slaves of the Yonyx. However, there is still a ray of hope for the group as Victor devises a plan to ensure their safety. During an earlier altercation with the Yonyx robot, the group destroys its visual systems forcing it to rely on its thermal sensors. In the final moments, Victor manages to turn off the robot’s thermal systems, and Leo immobilizes it. Nina electrocutes the robot and fries its mainframe, thereby defeating it. Thus, the robot is disconnected from the house’s security systems, and the humans escape the house. 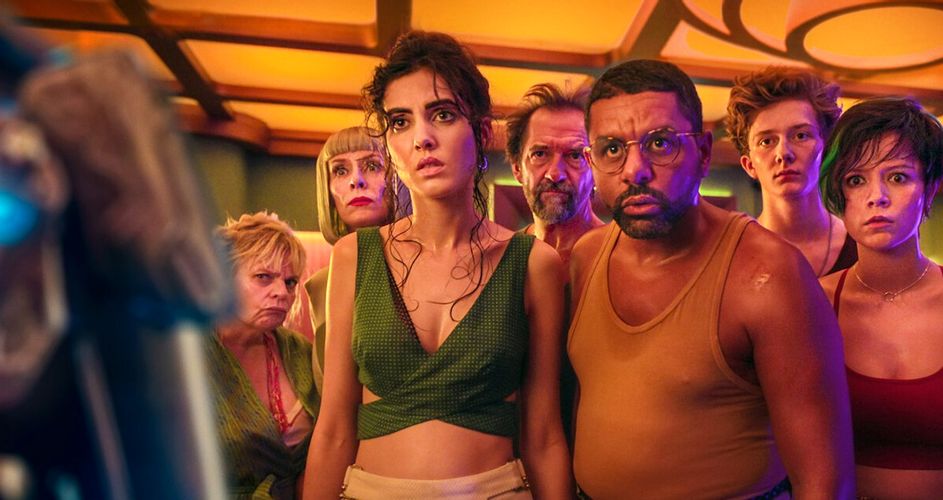 In a surprising turn of events, Jennifer bails on Victor and joins Max, who has already broken up with Alice. As Max, Jennifer, and Leo leave the locality, a horde of Yonyx robots arrive to execute the humans. Leo leaps in to save Nina while Max and Jennifer flee. However, advanced executioner drones intervene and eliminate every Yonyx robot. The humans survive the ordeal and return to their everyday lives. In the end, it is revealed that the Yonyx’s efficiency led to their undoing. At their HQ, a bug in the system resulted in the robots inadvertently making themselves the target. Thus, every Yonyx robot is wiped from existence in the span of a night. The movie cleverly highlights the various similarities between humans and machines. The ending reiterates the same by proving that machines are as likely to err as humans.

What Happens to the Androids?

The movie introduces viewers to various androids who are as quirky as their masters, if not more. Monique is the servant-like android who takes care of the house’s menial tasks, such as cooking. Decker is the cleaning android, while Tom is Nina’s childhood companion droid. Ultimate Einstein is a creation of Victor based on Albert Einstein. Greg is Francoise’s sports droid and lover. The household androids highlight the machines’ desire to learn from their creators and become more like humans. Throughout the movie, the androids exhibit a host of emotions despite not being programmed to do so.

Tom tries to save Nina, and Monique is destroyed while saving Alice. Similarly, Greg also tries to protect Francoise from the Yonyx robot. Despite the android suffering a dire fate in the film, they are machines and can be fixed. During the final moments, Leo helps Nina repair Tom. Ultimate Einstein reveals that Monique’s consciousness has also been saved, and her head has survived the destruction. Although we do not see Greg again, it is safe to assume that Francoise also fixed him up. Moreover, the androids have received a new update that provides them with a program equivalent to a soul, thereby completing their quest to become human-like. Thus, the film ends with the hope of a more harmonious relationship between humans and machines in the future.

Read More: Where Was Bigbug Filmed?