Where Was Bigbug Filmed? 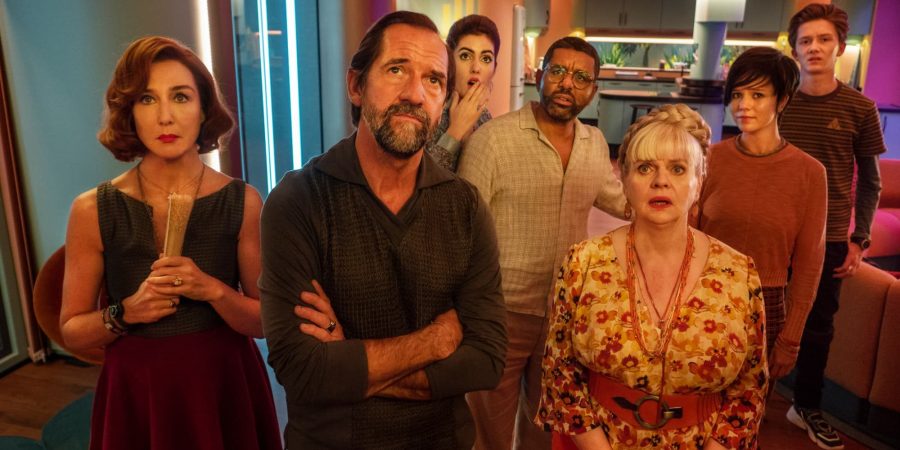 ‘Bigbug’ is a science-fiction comedy movie about a futuristic society where humans live in harmony with robots. However, when a rogue AI system attempts to take over the world, the robots lock the humans in their locality for safety. The French language film deals with various themes by examining the relationship between humans and technology. The narrative is complemented by the film’s backdrops that create a riveting image of modern society from the future. If you are wondering where the movie was shot to achieve its grand scope, here’s everything you need to know about the filming locations of ‘Bigbug.’

‘Bigbug’ was primarily filmed on soundstages at a studio in France. Considering that the film is a French production and features some elaborate settings, it is no surprise that the makers decided to shoot it indoors. Although the project was announced in January 2020, filming began in October 2020 and was likely wrapped before the year’s end. Let’s take a closer look at the film’s exact filming spots!

Filming of ‘Bigbug’ mainly took place in Greater Paris (also known as Grand Paris), at a studio located in the Bry-sur-Marne commune of Val-de-Marne. Soundstages at Studios de Bry, located at 2 Avenue de l’Europe in Bry-sur-Marne, were utilized for filming the movie. It was established in 1987 and is one of the largest studios in France. The property is a film and television production facility that offers seven soundstages to filmmakers. The soundstages vary in area from roughly 300 meters square to 1100 meters square.