In ‘Billions’ season 6 episode 5, titled ‘Rock of Eye,’ Chuck (Paul Giamatti) finds a new way to put a stop to Mike Prince’s (Corey Stoll) Olympic plans. This leads the billionaire hedge fund tycoon to re-evaluate his standing with his family. Evaluations also happen at Michael Prince Capital, prompting the employees to collaborate and compete with each other.

Taylor (Asia Kate Dillon) takes big risks in the hopes of big rewards, while Wendy (Maggie Siff) tries to prove that she can lead a life without transactional relationships. Chuck goes after a corrupt fishing company and is surprised when he encounters a strong opponent. Here is everything you need to know about the ending of ‘Billions’ season 6 episode 5. SPOILERS AHEAD.

Chuck wakes up one day to find his father standing at his door. The current wife of Charles Sr. has apparently thrown him out after discovering that he is secretly chatting and flirting with another woman. Wendy visits a Buddhist temple and inadvertently tries to bribe the monk there by giving him a carton of vegan ice cream that she made. The priest points it out to her and asks her to spend four days without any transactions.

Later, she gets a message from Chuck about an emergency involving his father and rushes to her former husband’s home. It turns out that Chuck just wants his father out of his house. Initially reluctant to help as the whims of Charles Sr. are no longer her concerns, Wendy eventually convinces him to go back to his wife but realizes that she hasn’t been able to keep true to her resolution. She calls the Buddhist monk and starts over.

Taylor treads the line between legality and crime as they buy the stock of a vegan company. With the help of Mafee, “Dollar” Bill, and Michael Prince Capital’s newest legal counsel, Kate, they successfully pull it off. Mike later congratulates Taylor on their success but warns them to ensure that their mission would not conflict with his own. Mike also recruits Scooter’s nephew Philip Charyn (Toney Goins). After a below-average performance, Bonnie (Sarah Stiles) suffers the consequences and angrily quits Michael Prince Capital. After a hard day of work, Mike gifts each of his employees a pair of Air Jordan sneakers.

Chuck is still reeling from the after-effects of losing Kate to Prince. He decides to fight a righteous case against a fishing company. His opponent in the trial is Daevisha “Dave” Mahar (Sakina Jaffrey), a former public defender who now works for private companies. She quickly gets on Chuck’s nerves by comparing him to Rudy Giuliani and tricks him into putting a compromised specialist witness on the stand. This undoes Chuck’s entire case. Instead of wallowing in self-pity and defeat, Chuck reaches out to Dave and convinces her to join his team.

In episode 5, Prince faces new issues with his Olympic plans after Chuck discovers that one of Prince’s daughters, Gail, has verbally attacked New York Governor Bob Sweeney. Initially, Sweeney has no idea who Gail is, but Chuck quickly rectifies that. He knows that if the Governor opposes, the Olympic Committee will pull out, and Prince’s plans of hosting the games in New York will end in a disaster. 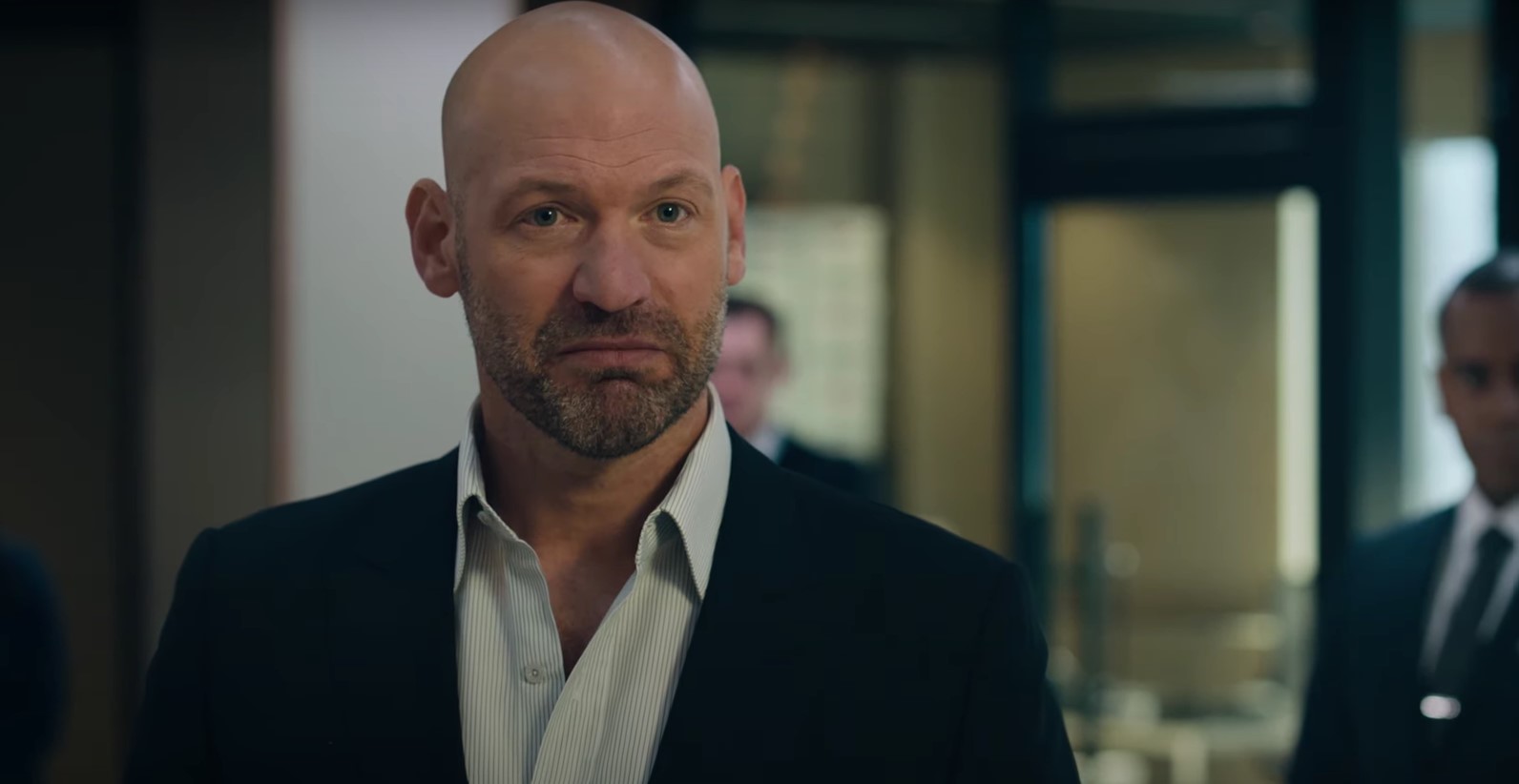 Prince learns about it as well and tries to call Sweeney, but the Governor is suddenly unreachable. After Sweeney demands an apology from Gail, Prince reaches out to his former wife, Andy (Piper Perabo), and arranges a family get-together. Gail eventually agrees to apologize, but Prince stops her. He is the one who raised her to speak her mind. No matter what is at stake, he realizes that he should not force her to betray his lessons.

Ultimately, Gail provides him with the solution by commenting on the vanity of Sweeney, who has let a young girl’s insult get to him. Prince decides to appeal to that vanity. He takes Sweeney to the location where the new Olympic stadium will be built and reveals that it will be named after the Governor. It works like magic and brings Sweeney back on board.

Read More: Who Is John Calipari in Billions? Is He a Real Basketball Coach?