Black Ink Crew Season 4: Where is the Cast Today? 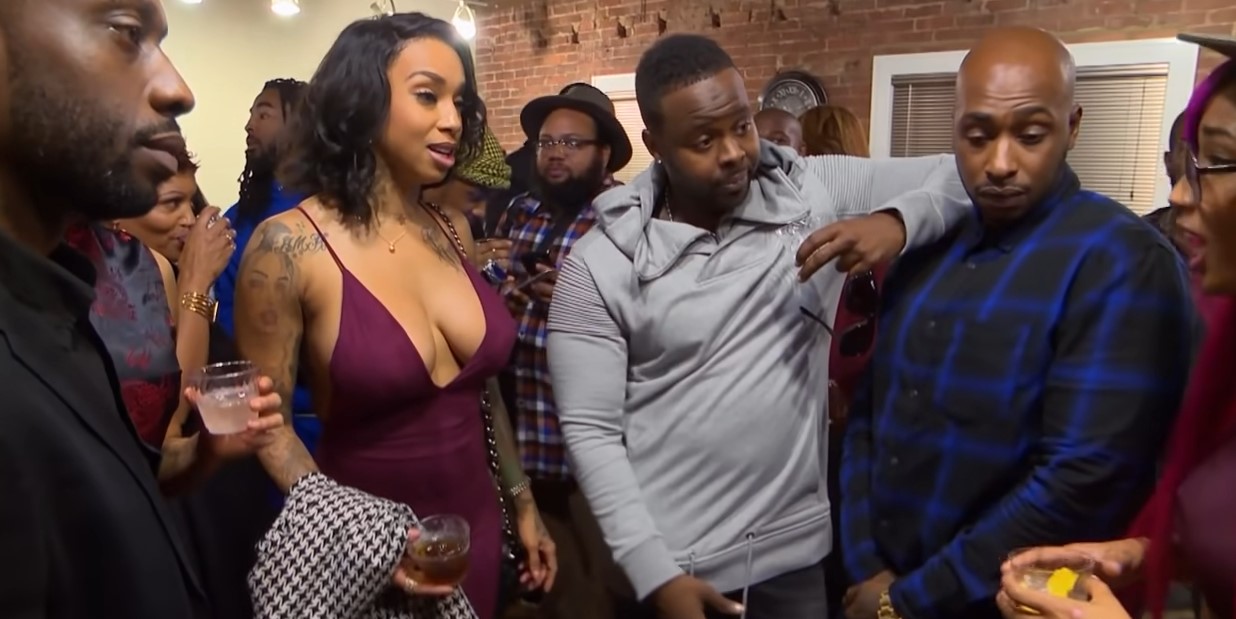 Tattoos, tantrums, and taxing rivalries — these are what we get to witness in ‘Black Ink Crew’ (also known as ‘Black Ink Crew: New York’). The reality show focuses on the Black Ink Tattoo Studio located in Harlem, New York City. The tattoo shop is run by a bunch of talented African American individuals, and we get to see a vibrant, dramatic, and entertaining glimpse of the Harlem community. The VH1 show chronicles the everyday drama encountered by the tattooists, who deal with their fair share of personal, professional, and social issues.

With nine seasons under its belt, the show has presented to us a range of tattoo artists with diverse personalities, interesting clients, and shocking interpersonal problems. Often, fans wonder about the current status of these artists, many of whom appear in more than one season. So, what’s up with the cast members of ‘Black Ink Crew’ season 4? Where are they now? Let’s find out!

Where is David “Ceaser” Emanuel Now?

David “Ceaser” Emanuel hails from the Bronx and owns the Black Ink Tattoo Studio, which has branches in Atlanta, Brooklyn, Houston, Indianapolis, Milwaukee, Orlando, and 125th Street (Harlem). However, his shop on 113th Street, also in Harlem, shut down due to rising property prices brought about by gentrification; thus, the Brooklyn location was turned into the flagship location.

With around 17 years of tattooing experience, Ceaser is well-known for his skills and continues to be the CEO of the brand. He is passionate about Black representation and wishes to open up a Black Ink Studio wherever there is a lack of Black-owned businesses. Reportedly, Ceaser holds an associate’s degree in Graphic and Visual Communications from Katharine Gibbs College. Calling himself a reality star, business mogul, and brand builder, Ceaser frequently promotes his studios and the show on social media. He has a daughter named Cheyenne with his former partner, Crystal. He is currently in a relationship with Suzette Samuel.

Where is Crystana “Dutchess” Lattimore Now?

Crystana “Dutchess” Lattimore from Lincolnton is fondly referred to as the “Dutchess of Ink” due to her passion for tattoos. She owns the body modification studio, Pretty-N-Ink, in Charlotte, North Carolina. A model and a businesswoman, Duchess, who is Ceasar’s ex-fiancée, left in season 5 but continues to be remembered by fans for her memorable presence on the show. However, she has tried to distance herself from the series ever since; she claims she felt like an outcast at Black Ink.

Dutchess has a Bachelor’s Degree in Business Management (with a concentration in Visual Art) from the North Carolina A&T State University and was known for being a bright student in her college days. In 2010, she moved to New York City and made a name for herself in the tattooing circuit. Back in her home state now, Dutchess is part of ‘CLEO Chronicles,’ a show on CLEO TV that explores the lives of four women of color. She has also featured in magazines like Level21 Magazine, Inked, and Urban Ink.

Where is Richard “O’Shit” Duncan Now?

With arguably the most interesting nickname of all, Richard was born in the Bronx and raised in New York and South Carolina. Although he stepped down from the main cast billing in season 5, his wacky name and entertaining personality continue to be cherished by fans. He runs a tattoo shop in Atlanta, Georgia, named DRIP Tattoo Collective.

Richard used to be an athlete in college; however, when he tore his anterior cruciate ligament, his football career came to an unfortunate end. He then found joy in art and tattooing. In fact, he seems to be particularly fond of photorealistic tattoos and is certainly amazing at them! Richard is married to Niekiha, known as Nikki, who owns a lifestyle boutique named Eunoia. The couple seems to be raising three children, and Richard considers himself to be a proud husband and father.

Where is Paul “Puma” Robinson Now?

Paul “Puma” Robinson left in season 4 of the show only to return as one of the main cast members in seasons 8 and 9. He used to be the public relations manager of Black Ink but now owns Art 2 Ink tattoo studio located on Adam Clayton Powell Junior Boulevard, New York City. He is a longtime friend of Ceaser. Although both of them had serious altercations in the past, the two tattooists now seem to be on good terms.

Puma used to be a graffiti artist — clearly, he has always been passionate about art. Puma has a wife, Shaquana, who goes by Quani. They got married in Jamaica in 2013. The couple appeared on season 11 of ‘Marriage Boot Camp’ and claimed that the show helped them sort out their marital problems. They have two children together — Tamia and Zaiden — and ascribe a lot of value to spending quality time with family.

Where is JaKeita “Sky” Days Now?

JaKeita “Sky” Days, who goes by the nickname “Queen of the Mixxies,” is a native of Harlem and was first seen in the show in season 1 when she was a receptionist at Black Ink. She then moved on to handle the Human Resources department of the brand. She has two sons, Des and Genesis, whom she gave up for adoption when she was a teenager; she reconnected with them in later years.

Sky, who is openly supportive of plastic surgery, used to be a makeup artist and is currently a social media influencer with over 4.3 million followers on Instagram. She has expressed an interest in acting and even went for classes in early 2020. According to reports, Sky shifted to California in mid-2020. She continues to be active in the party scene, often interacting with celebrities and social media influencers. Allegedly, she was asked to leave the show in season 8 as she got into a fight with her son, Des. Sky is quite close to her mother and regularly meets up with her.

Where is Donna Marie Lombardi Now?

Donna Marie Lombardi, whose real name is Taylor Monet Pinkney, became a part of the show in season 3 and has been appearing as a main cast member since season 4. A celebrity tattoo artist, Donna also frequents clubs and high-profile events regularly. In 2015, she moved from Cleveland, Ohio, to New York City to launch her career as a tattoo artist.

Currently, Donna is busy with her wig company, The Muva Unii Collection, and CBD-infused products company Super CBDs. She is the CEO of both the ventures and regularly promotes them on her social media. She is reportedly engaged to her coworker, Alex.

Where is Ted “Teddy” Ruks Now?

Ted “Teddy” Ruks, whose real name is Shariff Ruks Homer, has been a part of the show since the first season and was promoted to series regular in season 4. He is Ceasar’s cousin who also hails from the Bronx. According to several reports, Ted is married to a Korean Instagram model named Euni.

In late 2021, Ted ventured into the field of music production, serving as an executive producer on rapper Shmoove’s album ‘RGLR|LVNG VOL 1.’ He also stars in the 2020 thriller movie ‘True to The Game 2’ (also known as ‘True to the Game 2: Gena’s Story’). Additionally, he went on to feature in ‘True to The Game 3’ in 2021. Ted is a sneakerhead who regularly shows off his impressive sneaker collection to fans on social media.