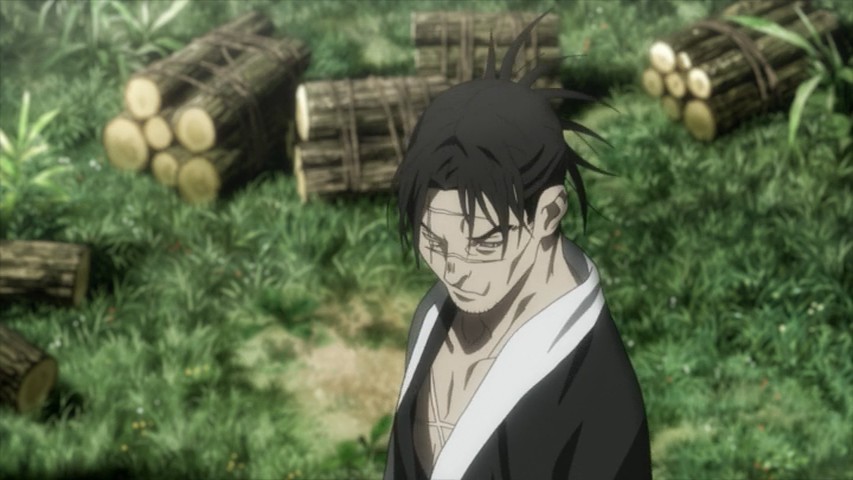 While some top-tier anime shows are starting to hit the screens this fall, others like ‘Blade of the Immortal’ are relatively lesser-known. Its manga was quite popular back in the 90s and several attempts have been made to recreate it in many different formats. However, so far, none have truly satisfied the fans of the original material. Animated by LINENFILMS, the Studio behind classics like ‘Berserk‘, ‘Mugen no Juunin: Immortal’ may not be lavishly budgeted but it very captures the essence of its source material with its incredible backgrounds and cinematography.

Pretty much like ‘Berserk‘, even this show has a very dark storyline and its graphic visuals are certainly not for the weak-hearted. But that itself is the beauty of it. In an era where the bleak classics have been replaced with repetitive fantasies, ‘Mugen no Juunin: Immortal’ brings in something very distinctive and capturing. With a whole lot of potential so far, it might as well prove to be the best adaptation of the manga.

Blade of the Immortal Season 1 Release Date: When will it premiere?

‘Blade of the Immortal’ season 1 premiered on October 10, 2019. With a total of 24 episodes, it is expected to end by February 2020. Considering that its manga has 30 volumes so far, the anime will probably not be able to cover all of its content in just one season. So if everything works out well, the show will probably return with season 2. As soon as we get any confirmation on that, we will update it here in this section.

Blade of the Immortal English Dub:

The English Dub of ‘Mugen no Juunin’ is not available yet but you can still stream it on Amazon with its original Japanese audio and English subtitles.

Blade of the Immortal Plot:

‘Mugen no Juunin: Immortal’, also known as ‘Blade of the Immortal’, pursues the life of a very gifted samurai named Manji who has a definitive bit of leeway: except for a certain kind of poison, nothing in the world can kill him. After encountering an 800-year-old nun named Yabikuni, he is granted the eternal gift of being immortal and but after his sister passes away, he is forced to risk his own imperishability by accepting a very risky mission.

He promises to offer some kind of reparation by killing 100 wickedness men and until he does this, he is also offered the “sacred bloodworms” that keep him alive by helping him survive any injury and also allowing him to reattach a limb that has been separated from his body. Strangely, these worms have the same physical and chemical makeup as humans and basically seal the wounds of the samurai by sacrificing themselves. On a massive scale, these worms fail to perform but depending on their quantity, these can even be used for reattaching parts of the body.

Somewhere along the way, Manji encounters a little young girl named Rin Asano and vows to assist her with seeking revenge for the death of her folks, who were slaughtered by a unit of ace swordsmen driven by Anotsu Kagehisa. Anotsu not only slaughtered Rin’s father but also killed his entire dojo and forced his entire family to become outcasts. While Manji and Rin start looking for him, Anotsu ensues his mission of assembling other similar outcasts who would eventually work at his own private dojo.

Likewise, another similar gathering called the Mugai-ryū starts rising and it completely opposes the rule of Anotsu’s group. Its actual authority and thought processes are at first a riddle, however, its methodologies have some stark similarities with that of Anotsu’s group. When they discover that a warrior like Manji is hunting down Anotsu, they try to hire him. Though a little reluctant at first, Manji accepts the offer but later regrets his decision after he finds out that they are working for the government and are led by a very sadistic leader.

Blade of the Immortal Characters:

Manji is the main protagonist of the series who has several scars all over his face. He has long hair and he ties it up in a ponytail. He maintains a very stoic outlook towards life and is often quite distant from the people around him. Even then, when feels that someone might need his help, he does not hold himself back. In the present events, his age is 26 and very little is known about his past. He once served under a local Daimyo but after finding out that his lord was corrupt, without hesitation, he killed him. After he killed nearly 100 men in one go, he was nicknamed as the “Killer of 100”. He also had a sister who was kidnapped by Shindo and later killed. To avenge his sister’s death, he slaughtered all of Shindo’s gang members one by one.

Rin, who is the secondary protagonist of the series, is a young 16-year-old girl who crosses paths with Manji. She turns out to be the sole survivor at the massacre that occurred at her father’s dojo and wishes to avenge the deaths of all of her loved ones. When Rin first meets Manji, she realizes how strong he is and asks for his help. Manji says no to her pleas and claims that he has does not want to attract unnecessary trouble. She then tries to offer him money and even her body as a trade for revenge but he gets really mad at her.

Her innocence reminds him of his own dead sister and that’s when he decides to help her out. Together, the two of them head to the town to hunt down her father’s killers. Though Rin and Manji never get entirely romantically involved with one another, there are times when Rin slightly crosses their boundaries and tries to warm up to him. But being the stoic samurai that he is, he simply ignores her advances towards him. At times, there are a few tense yet awkward moments between them but Manji somehow snaps out of these and reminds himself of his true purpose.