Is Netflix’s Brother Based on a True Story? 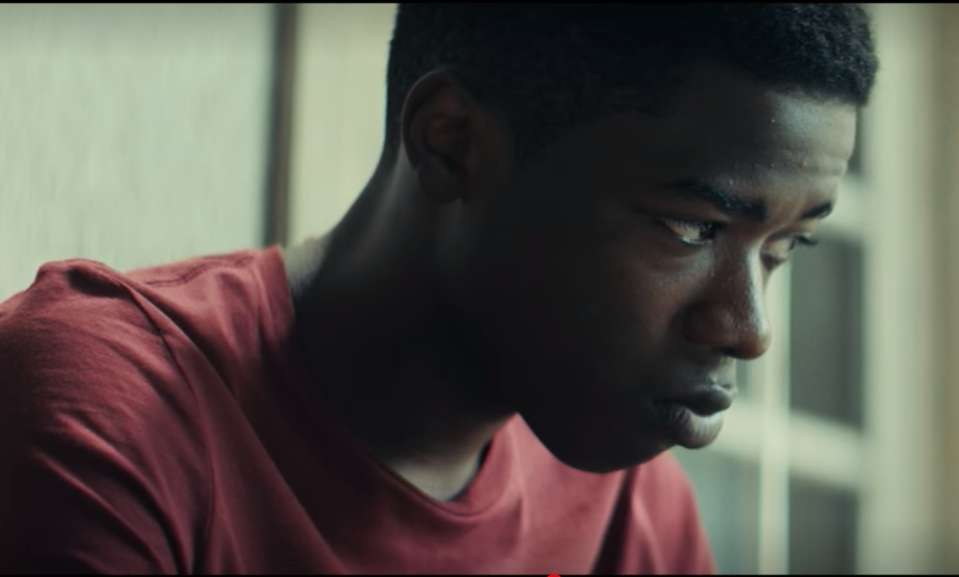 ‘Mon Frère‘ makes an attempt to completely immerse you into the realities of the Closed Educational Centers in the French Justice, which serve as alternatives to incarceration for young delinquents. It centers a young boy named Teddy, who ends up in one of these facilities after he is accused of the murder of his father. Having no previous criminal records, he finds himself in a brash unforgiving world where he initially feels outcasted, but later ends up forming an unlikely alliance with another troubled youth named Enzo.

The film ends with a poignant message where Teddy’s past decisions ripple into a dreadful reality and he scuffles to find his place in the world. While the film primarily focuses on Teddy’s hardships and struggles at the facility, it also brings light on the distinct Juvenile Justice System of France. Along with this, in context with the main character’s past, it also shows how the impact of his family’s toxic dynamics eventually affects his mental health.

In the past, several Hollywood films have trodden a similar path by portraying the hijinx of troubled teenagers dealing with drugs and rebelling against authority. While films like ‘The Outsiders’ and James Dean’s ‘Rebel Without a Cause’ marked the inception of these, the “juvenile delinquency” theme became quite a clichè later on. Even in recent years, a lot of sports films like ‘Gridiron Gang’ and ‘Forever Strong’ have depicted inspirational tales of young men who somehow reform themselves in Correctional Centers and vow to live better lives. But the reality of things is far more complex than that and that’s where ‘Mon frère’ stands out.

French jurisdictions dealing with minors are very different from the rest of the world. Unlike most other countries of the world, there is one separate judge who exclusively deals with all the criminal cases where minors are involved. As quoted at the end of the film, the Preamble of the ruling of France states that: “France must ensure the health of every one of her children. She must protect minors, especially delinquent minors.” This suggests that instead of imposing repressive severe punishment on minors with life sentences and other penal actions, the French law seeks more of an educative solution for the underlying issue. In ‘Mon frère’, director Julian Abraham has taken inspiration from this and has crafted a story that mirrors the present state of this justice system.

Is Mon Frère Based on a True Story?

‘Mon frère’ is not based on a true story but it isn’t too far from being a depiction of real events either. Even before the inception of the project, director Julien Abraham, along with his producers, visited several of these Correctional Educational Facilities and got in touch with all the Educators there. And because of all this research that went behind understanding the socio-educational structures, it comes as no surprise that the film actually captures the heart and reality of these facilities. In an interview, Julien Abraham also explained how one can only agree with the criminal institutions that are trying their best to keep young men out of prison. But in reality, all of it is far more complex than that.

While the Educators of these Centers are trying their best to keep these young men out of prison, it is quite questionable if they’ll actually succeed or not. The film very well captures this by showing how even after knowing that this could be their last chance to stay out of trouble, the boys at the facility tread a path of defiance when given the opportunity. Most films glamorize this aspect by portraying a heavily sugar-coated reformation story. But despite its clichès, ‘Mon Frère’ stays more grounded as it shows how, for some of these kids, the end result is almost inevitable. But the fact that an attempt is being made to give them an opportunity to turn their lives around is appreciable.

There are also scenes in the film where the psychologist at the Correctional facility uses a method called “psychobox” to help the young boys deal with violence. It is basically an English boxing bout where punches are completely toned down and the main motive of this is to explore violence with a partner, under the supervision of an outsider. When this bout comes to an end, all three people involved in it meet and have a brief discussion on what they have experienced. In a nutshell, it’s a method that allows one to explore all the unaddressed violence that is pertinent within them. The representation of this “untraditional” method of psychoanalysis in the film also adds to its realistic appeal and makes the characters far more believable.

More than anything else, instead of raising a judgemental eye on the youth of the Correctional Educational Facility, ‘Mon frère’ puts you on their level and humanizes them. By doing this, it does not try to justify their criminal backgrounds with reasoning, but instead, it explains how even several innocent young men can fall into the tribulations of such a life. To put it simply, they are neither being judged nor are they being excused for their actions; they are all just being portrayed as equal humans, and as a viewer, it’s on you to keep an open mind and form your own opinion surrounding it. Though the innocence of most of the characters in the film can be questionable, it treats all of them with the utmost veneration instead of enforcing any kind of racial or cultural stereotypes on them.

In conclusion, ‘Mon frère’ very well encapsulates the authenticity of its themes and manages to present a story that will be relatable for many. Its graphic outline of a modern justice system for minors and also its underlying themes that deal with domestic violence and abandonment are all real issues that are relevant in the present times. The film’s documentary-style approach further enhances its sense of realism and completely engrosses you into the experience.