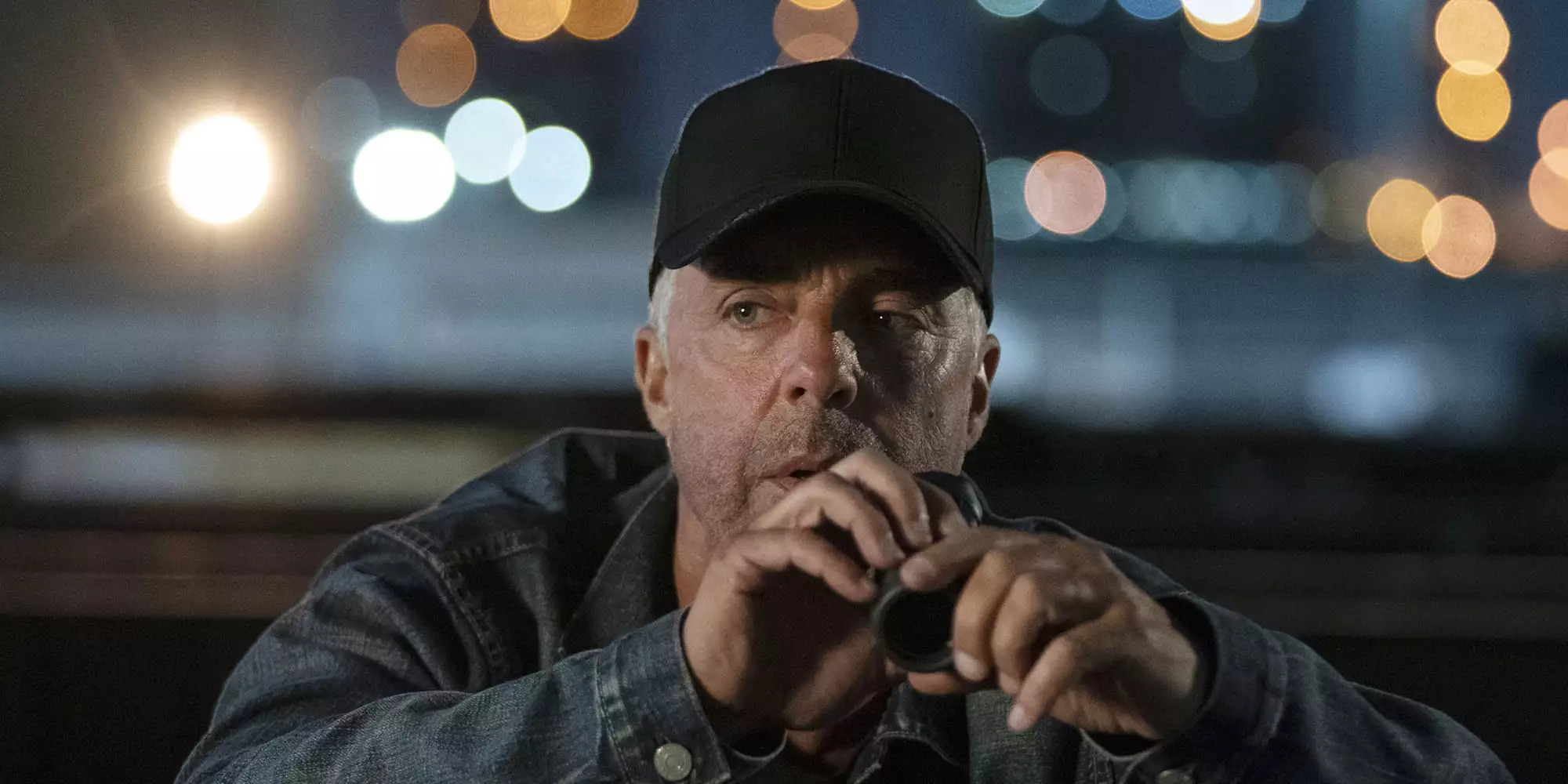 In ‘Bosch: Legacy’ episode 7, titled ‘One of Your Own,’ Wily Datz is stabbed in prison. The police learn that Paulina’s shooter, James Sharp, now holds his former girlfriend Nicole hostage. Bosch finds the mysterious woman from Dominick’s photos, which leads him to more revelations. There is a police shootout, and people die. In episode 8, titled ‘Bloodline,’ we are taken to Bosch’s childhood days and are introduced to a man and a boy who are clearly connected to Bosch’s past. In the present time, the woman from Dominick’s photograph takes Bosch to the person that Whitney Vance hired him to find. Money begins a new lawsuit against the LAPD. Maddie finds the peeping Tom that has been causing much disturbance in an L.A. neighborhood. Here is everything you need to know about the ending of ‘Bosch: Legacy’ episode 8. SPOILERS AHEAD.

In episode 7, the police begin looking for Paulina’s shooter, James Sharp, who is a gang member and currently on the run with his former girlfriend, Nicole. Detective Bennett (Cynthia Kaye McWilliams) appears for the first time in the spin-off as part of the team looking for Sharp and Nicole. Meanwhile, Detective Morrison (Jason Dirden) speaks to Nicole’s mother, who tells him that Nicole is with Sharp so that her son will be safe. Morrison promises her that the LAPD will do their best to bring her daughter home. However, both Sharp and Nicole are killed in a shootout with the Special Investigation Section.

Datz is killed in prison. When the FBI starts looking into Honey as a person of interest in the case, referring to the threat she made at Datz, she realizes that the prison staff was listening in when she and Harry went to speak to Datz. Later, Honey speaks to the incarcerated cartel member whose name she used to threaten Datz and learns that the Russian mafia might be involved in the death.

Harry balances two cases simultaneously. On the one hand, he searches for Dr. Basu’s real killer and has to withstand Detective Gustafason’s antagonism. On the other, he gets a call from Lewis, Dominick’s friend from the Navy, who has remembered the name of the news outlet the mysterious woman from the photo used to work for. Harry eventually finds out her name, Gabriela Lida (Alma Martinez). He locates Gabriela and learns about Dominick’s daughter and grandson, Vibiana Veracruz (Roxana Brusso) and Gilberto — the heirs to the Vance fortune.

In episode 8, Bosch confronts Sloan while the latter is keeping an eye on the heirs. Sloan claims that Vance tasked him to help Bosch any way he could before the billionaire passed away. Elsewhere, Honey sues the LAPD for Nicole’s death on behalf of Nicole’s young son.

Busch: Legacy Episode 8 Ending: Who Are the Man and the Boy in the Prologue?

As Harry gets closer to solving the case of Vance’s heirs, he recalls his past, when he had just become a police officer. He visits the home of an affluent lawyer (Clint Jordan) and meets the lawyer’s son. Although not explicitly mentioned in the episode, the man and the boy are most likely Bosch’s biological father and stepbrother. Young Harry (Eamonn Welliver) makes it clear that he doesn’t want anything from the man. He sought the lawyer out because he wanted to put a face to the name. The man was listed as the lawyer on Harry’s mother’s appeal for custody, and that was how Harry found him.

In Michael Connelly’s original books, Harry’s father is J. Michael Haller, a high-profile defense attorney who used to live on Canon Drive in Beverly Hills. His clientele included jazz saxophonist Frank Morgan, alleged gangster Mickey Cohen, and one of the women that were part of Charles Manson’s cult. In the books, Harry meets his father in the final days of the latter’s lives.

Harry’s stepbrother in the books is Mickey Haller, who is the main character of the eponymous book series. Mickey follows in his father’s footsteps and becomes a criminal defense attorney in Los Angeles. In the 2011 film ‘The Lincoln Lawyer,’ he is portrayed by Matthew McConaughey. In the 2022 Netflix series, also named ‘The Lincoln Lawyer,’ Manuel Garcia-Rulfo portrays the character.

Was There a Gun in James Sharp’s Car?

Toward the end of the seventh episode, Lieutenant Cosgrove of the SIS orders the police to open fire at James Sharp’s car, apparently believing that the man has a gun. Both James and Nicole are subsequently killed. A gun was later found on the scene. However, as Detective Morrison learns, Nicole told her mother while arranging the money transfer that the gun was in the trunk. So, what we know for sure is that there was indeed a gun in the car. The real question here is whether Sharp had access to it when the SIS opened fire. If he didn’t, it will be yet another trial where Honey Chandler demonstrates the inner-most problems of the LAPD.

Read More: Is Bosch’s House Real? Where is it Located?