Are Brandon and Savannah from Bachelor: Listen To Your Heart Still Together? 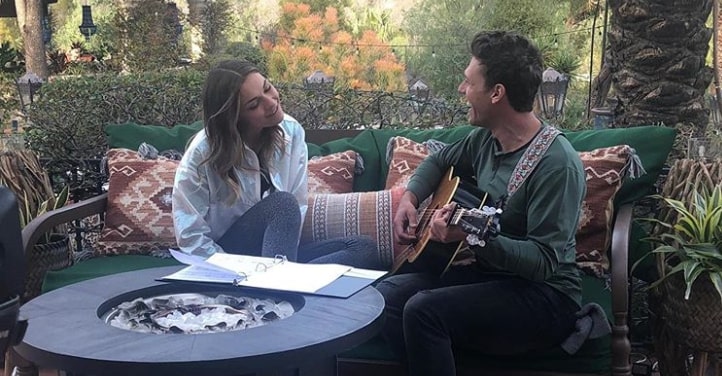 ABC’s ‘Bachelor: Listen To Your Heart’ is definitely not having any problem keeping its followers entertained! With new relationships birthing and breaking every week, tensions are rising in the mansion. The show has just started, yet it is almost halfway over. While some couples have established strong connections, others are still weighing and exploring their options. Such is the case with Brandon and Savannah.

Brandon and Savannah: Bachelor: Listen To Your Heart Journey

The 34-year-old former marine from Nashville, Brandon, is an American folk-pop singer. Having returned from duty only to find his lady love with another man, he has been battling trust issues. Brandon is on a quest to find an independent female musician, with whom he can create beautiful songs and share a great love story. The classy gentleman is one of the most popular bachelors in the mansion. High in demand and having caught the eye of many women, he has been declared a ‘hot commodity’.

Brandon has been exploring connections with many women for the past two weeks. But, now, it seems like he might have finalized on someone. Savannah, too, belonging to Nashville, is a 25-year-old acoustic pop singer who had been feeling her options out. Even though Michael Todd had tried his luck with her, he was shot down mercilessly. She had expressed her interest in Brandon by giving him her rose.

Having earned a date card in the second week, Savannah finally got the chance to take Brandon out. They went to a gorgeous jazz club wherein they enjoyed the great ambiance, food, and even performed on stage for people. Brandon confessed that it was the best feeling in the world to sing with Savannah. Also pursuing connections with Julia and Mel, he admitted that he felt the greatest connection with Savannah. He acted on his words by giving her his rose.

Are Brandon and Savannah Still Together?

It is hard to estimate the status of their relationship. In the show preview, Brandon can be seen telling Julia that he is still open to exploring a connection with her. Before Mel was sent home, Brandon had shared that he has come on the show to keep his options open, talk to everyone, and just hang out. It is not easy to predict what Savannah’s reaction would be if she begins to seek commitment. Julia does try to warn Savannah about Brandon’s strategy.

Only time can tell whether their relationship will solidify and survive in the show, or Brandon’s open-mindedness will leave him all alone. Their social media accounts don’t offer many clues, either. While Savannah keeps her silence, Brandon is seen replying to fans’ comments about how they ship the two together. Brandon appreciates and thanks them for their message. The duo recently posted a video of them dancing and singing together outside the mansion. And, it is making the fans only root for them more!

Read More: Are Ryan and Natascha Still Together?