So-ra Kwon and Jae Won Seo weave a spectacular and fascinating tale of monsters and reincarnation in revenge-themed fantasy KDrama ‘Bulgasal: Immortal Souls.’ The story revolves around Dan Hwal, who strives to hunt down the woman who killed his family 600 years ago. The woman, a “Bulgasal,” claimed Hwal’s soul to become an ordinary mortal in the following life. Presently, Hwal charts the cityscape anonymously, while those from his past life appear in new garbs and identities.

In the fourth episode, the mystery around the mythical creature gets more intricate as we find that there may be more Blugasals. The fifth episode’s cliffhanger ending takes some time to settle. If you have been trying to reconstruct the events in your head and find answers, let us lighten your burden. SPOILERS AHEAD.

The story picks up from where the fourth episode leaves us. Hwal takes Min Sang-Un in his lap, intending to kill her. But when Min Sang-Un reveals that he is the sword that can kill Bulgasal, Hwal decides to carry her in his arms. A twist in the story ensures that Nam Do-Yun, the boy from the trunk, is alive despite the accident. However, Hwal discovers Detective Kwon Ho-Yeol unconscious by the side of the road and asks Nam Do-Yun to dial 911. When the medics arrive, Hwal has left the scene with Sang-Un and the boy.

Detective Kwon wakes up to remember his encounter with the Dark Hole. Hwal takes Sang-Un to his house, which is falling apart. Moreover, there is no food at the apartment, which Nam Do-Yun finds fascinating. He also knows that Hwal is Bulgasal, which he claims to have heard from Dark Hole. Hwal’s associate, the butcher-witch, takes Min Si-Ho to a safe place, but someone follows them. Detective Kwon meets his old partner Detective Ham and tells him about the recent discoveries relating to the open case from 15 years ago.

However, when Kwon divulges seeing someone biting another person’s head off, Detective Ham naturally does not believe Kwon. As Detective Ham knows Kwon left the department after the case, he suggests Kwon move on with his life. Promising to come back with evidence, Kwon leaves the station. Min Sang-Un does not trust Hwal and attempts an escapade. Hwal catches her in the act but figures that Min Sang-Un does not remember her past.

Meanwhile, a call from the Dark Hole sends him out to a fancy restaurant while Nam Do-Yun keeps an eye on Sang-Un. The Dark Hole tries to persuade Hwal to bring Sang-Un to him. When Hwal remains ambiguous, he threatens to kill Hwal when Hwal would regain his soul and become mortal. The Dark Hole, or Ok Eul-Tae, as he introduces himself, warns Hwal not to trust Min Sang-Un.

Ok Eul-tae has been a Bulgasal for 1000 years. Eul-tae also reveals that only Bulgasal can destroy a soul, and when a soul is destroyed eight times in a row, it cannot reincarnate. Conflicted and confounded, Hwal comes back from the bloody meeting to find Kwon has broken into the locked room and rescued Sang-Un despite protests from Nam Do-Yun. However, Sang-Un assures him that Hwal is on her side and ends the brawl. Taking leave from Kwon, Hwal takes Sang-Un to an unknown location to kill her. But Sang-Un really has no idea about her past life. 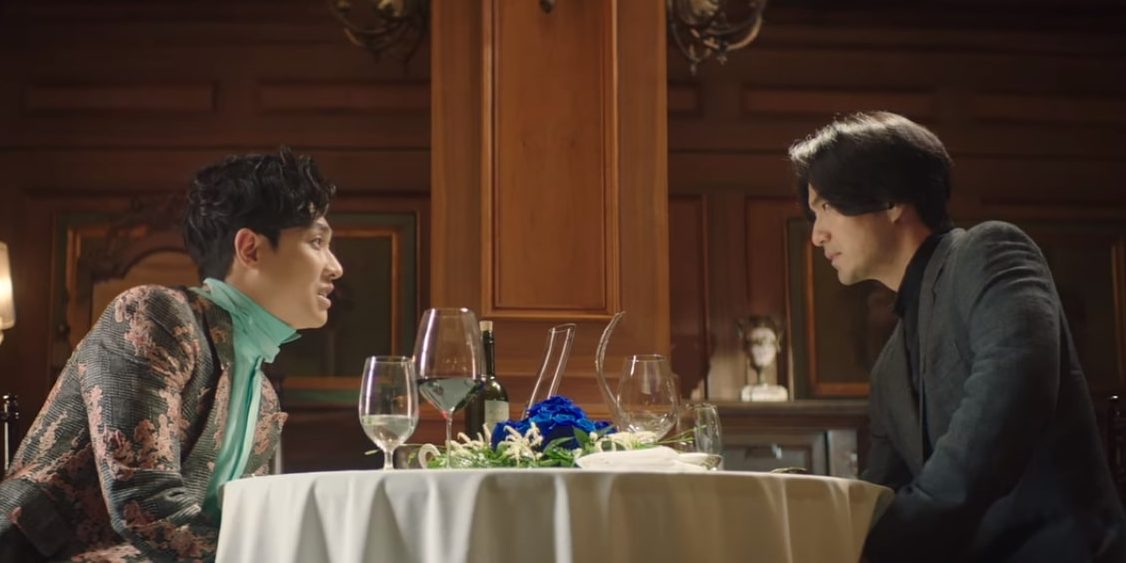 Hwal takes Sang-Un to his place after the nightmarish encounter with the Dark Hole. Sang-Un tries to run from the apartment, but the plan backfires. Hwal needs his soul back, and Eul-Tae asks him not to trust Sang-Un. However, when Sang-Un covers up for Hwal, he faces a mild dilemma. When Hwal and his father’s reincarnation get into a full-fledged fight, Min Sang-Un’s statement puts an end to the brawl. Hwal and Min Sang-Un leave for a prison well inside a dense forest, which Hwal created to confine Bulgasal.

After refusing to hand Min Sang-Un over to the Dark Hole, Hwal plans to kill her himself. However, when Hwal is about to get into business, the butcher-associate informs Hwal that someone has abducted Min Si-Ho. Hwal rushes to save Si-Ho, his wife from the Joseon era, with the revelation. As the episode comes to an end, Hwal says that he would keep Sang-Un alive till he tracks down Dark Hole. While Min Sang-Un is probably alive for the time being, we remain unsure of Min Si-Ho’s fate.

Is Min Si-Ho Dead or Alive? Who Is The Kidnapper?

In a series where twists and reincarnations are the norms, we cannot be definite about the fate of Min Si-Ho. Hwal directs his associate to take Min Si-Ho to a safe place. But when an anonymous abductor caches them in the process of entering the meat market, Min Si-Ho’s safety is compromised. As Hwal deduces later, the abductor is Teoreokson, a water monster with hairy hands. We see the same hairy hands as the anonymous abductor lays low outside the meat market.

Hwal killed him earlier, and the monster has reincarnated to exact vengeance. Min Sang-Un dials Min Si-Ho’s number from one of Hwal’s phones, and the kidnapper asks her to come to the reservoir. The Dark Hole has tipped Teoreokson that capturing Min Si-Ho is an excellent way to lure Min Sang-Un into a deadly trap. Min Sang-Un drives to the reservoir after the reveal despite knowing the dangers, while Hwal and Kwon follow her. On the way, Kwon has a flashback from his earlier life.

We get the idea that the devil actually wants Hwal’s soul trapped in Min Sang-Un’s body. When detective Kwon and Hwal reach the reservoir, it is probably too late. Min Sang-Un attempts to trace Min Si-Ho’s cellphone, which seems to be ringing from a boat. Hwal takes her back to the shore, and they find the scarf of Min Si-Ho. However, the ship is probably an illusion conjured by the monster, and in that case, Min Si-Ho is perhaps still alive. In the end, Hwal vows before Min Sang-Un to bring back her sister.