Burning Patience Ending, Explained: Do Mario and Beatriz End Up Together?

Netflix’s ‘Burning Patience’ (alternatively titled ‘Ardiente Paciencia’) is a romantic drama film based on the 1985 novel ‘Ardiente Paciencia’ by Antonio Skármeta. Directed by Rodrigo Sepúlveda, the period drama is set in 1969 in Chile. It tells the story of Mario, a poor postman who dreams of becoming a poet after meeting Pablo Neruda, the most famous poet in Chile.

As Mario hones his skills, he tries to use his poetry to woo the woman of his dreams. However, things do not go according to plan, and Mario may lose his love. If you are wondering whether Mario’s poetry wins him the love of his life or plunges him into depression, here is everything you need to know about the ending of ‘Burning Patience.’ SPOILERS AHEAD!

‘Burning Patience’ is set in 1969 on Isle Negra in Chile. It follows Mario, the son of a humble fisherman who does not wish to follow in his father’s footsteps. After much deliberation and discussion with his family, Mario decides to stop fishing and searches for a new job. One day, he finds a job posting at the local post office. Mario applies for the postman job and is hired for the role. As a result, Mario makes a fresh start and is eager to explore his surroundings as a postman. 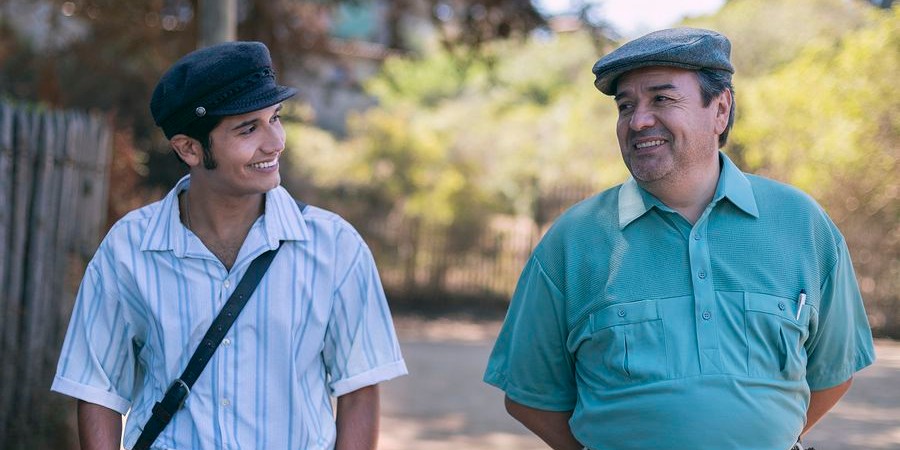 On his first assignment, Mario is sent to deliver the mail of famous poet Pablo Neruda who resides on the island. Soon, Mario begins frequenting Neruda’s home. During their short interactions, Nerdua realizes that Mario has an affinity for words and poverty. As a result, Neruda teaches Mario about poverty, and Mario purchases Neruda’s poetry books. With time, Mario starts writing his own poetry under the guidance of Neruda.

While working as a postman, Mario also meets Beatriz Gonzalez, a young girl who works at her mother’s restaurant. Mario is immediately smitten by Beatriz, who finds Mario attractive. In time, Mario and Beatriz start talking to each other, and Mario recites poems for Beatriz. Beatriz enjoys Mario’s company but her mother, Elba, warns her to stay away from boys like Mario, who use words to charm women.

Meanwhile, Neruda is asked to run for President and is forced to leave the island for his campaign. On the other hand, Elba prohibits Beatriz from seeing Mario grounds her daughter. Nonetheless, Mario finds inventive ways to speak with Beatriz, and they communicate through the radio messages broadcast from the local radio.

Eventually, Mario uses the help of Beatriz’s friend, Clarita, to meet and profess his love for Beatriz. Mario gives Beatriz a poem and claims he wrote it. However, Beatriz realizes that Mario plagiarized the poem from Neruda and shuns him. Beatriz moves away to live with her aunt and cuts contact with Mario. However, Mario realizes his mistake and pursues Beatriz with all his heart. Whether Mario rectifies his error and reunites with Beatriz forms the rest of the plot.

As the narrative progresses, Mario and Beatriz form a strong bond, and romance blossoms between them. However, Mario makes the mistake of plagiarizing a poem and passing it off as his own. Beatriz is hurt by Mario’s actions and leaves the island to live with her aunt. Mario relentlessly writes Beatriz letters in hopes of apologizing. However, he does not receive a response for weeks. 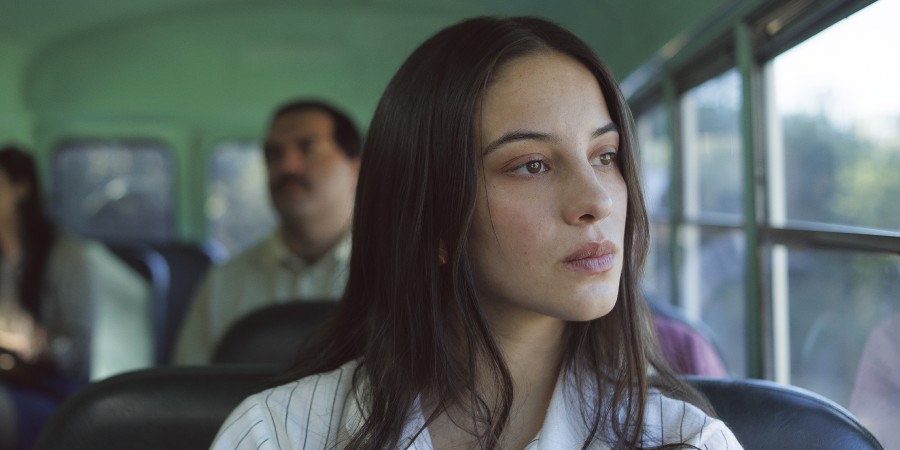 Meanwhile, Mario speaks with Clarita and learns why Beatriz is upset with him. Clarita explains that Beatriz is a poet herself and a big fan of Pablo Neruda. She recognized Mario’s treachery and left him to reflect on his error. Eventually, Beatriz writes a letter to Mario and explains that she feels hurt by Mario’s actions. Not only did Mario plagiarize a poem, but he also took Beatriz for a fool. He blatantly assumed that Beatriz would not realize that the poem was not Mario’s original work.

Mario writes an original poem in response to Beatriz’s letter, leading to the two restarting their conversations. Mario and Beatriz write poems for each other and communicate their feelings and experiences. Mario once again finds himself love-sick and craves to be with Beatriz. He recognizes that Beatriz is the superior poet and gladly accepts his past mistakes. As a result, Mario openly expresses his affection for Beatriz through an original poem. However, Beatriz is unable to forgive Mario.

Meanwhile, Neruda withdraws from the Presidential race and returns home. He meets Mario and learns about the failure of his romance with Beatriz. Although Neruda tries to guide Mario, Elba meets Neruda and warns him to keep Mario away from her daughter. With Beatriz not willing to forgive him and her mother not approving of their relationship, Mario becomes depressed. However, Neruda reveals that Beatriz is returning to town for an event. Neruda arranges for Mario to meet Beatriz, and she forgives Mario, renewing their romance.

Do Beatriz and Mario End Up Together?

Throughout the film, Mario and Beatriz face several challenges in taking their romantic relationship to the next stage. Mario’s ignorance leads to Beatriz getting upset with him. She leaves the island and lives with her aunt. However, Beatriz is still very much in love with Mario. By the time Beatriz returns to the island discovers that Mario is truly sorry for his actions. Moreover, his only objective behind being a poet is to express his boundless love for Beatriz. 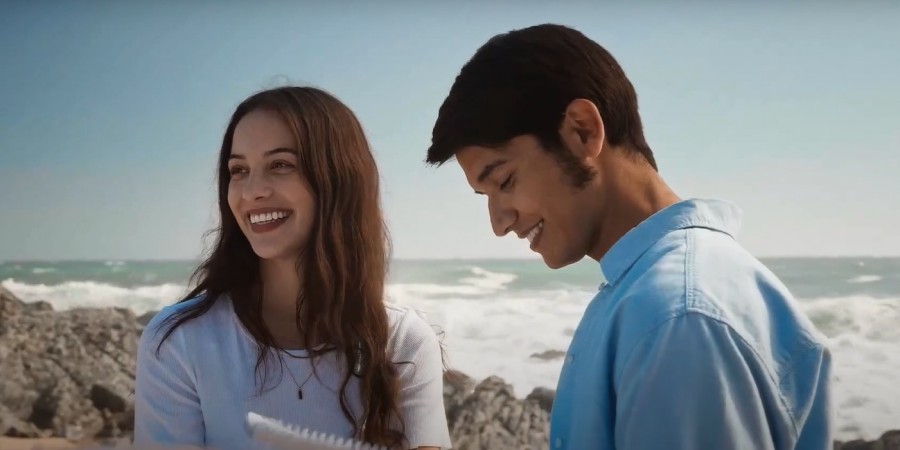 After Beatriz realizes that Mario is passionately in love with her, she forgives him. However, Mario and Beatriz must convince Elba before they can end up together. Elba was merely seventeen years old when she met Beatriz’s father. Like Neruda and Mario, he was a man of words and used them to charm her. Elba got wooed by the man’s poetry and fell in love with him. However, she ended up pregnant, and the man abandoned her with the baby. Therefore, Beatriz is weary of poets and men in general. As a result, she prohibits Mario and Beatriz from seeing each other.

In the film’s final act, an event is organized to welcome Neruda back to the island. The event is held at Elba’s restaurant. However, she does not want Beatriz to meet Mario. Therefore, Neruda creates a distraction to occupy Elba, allowing Beatriz and Mario to meet secretly. Mario and Beatriz resolve their issue and announce their relationship at the party. Mario gives a bold and poetic speech to convince Elba to give her blessing to their relationship.

Ultimately, Mario uses poetry to express his affection for Beatriz in front of everyone at the party. Furthermore, he addresses Elba’s concerns about him abandoning Beatriz through metaphors in his poetry. In his poem, Mario promises always to love Beatriz and do good by her side. Thus, Mario utilizes all of Neruda’s teachings and wisdom to win his lover and the approval of Elba. Mario convinces Elba using poetry itself has a sense of poetic rhythm, as Elba’s concerns stem from her own bad experiences with poets.

In the end, Mario proves that poetry is more than just words. Poems are eternal promises that one must uphold, even in the face of challenges. The film ends on a high note with a montage of Mario and Beatriz getting married and raising a baby with Elba’s help. Thus, the ending implies that Mario is upholding his promise and realizes the integrity of being a poet on paper and in life.