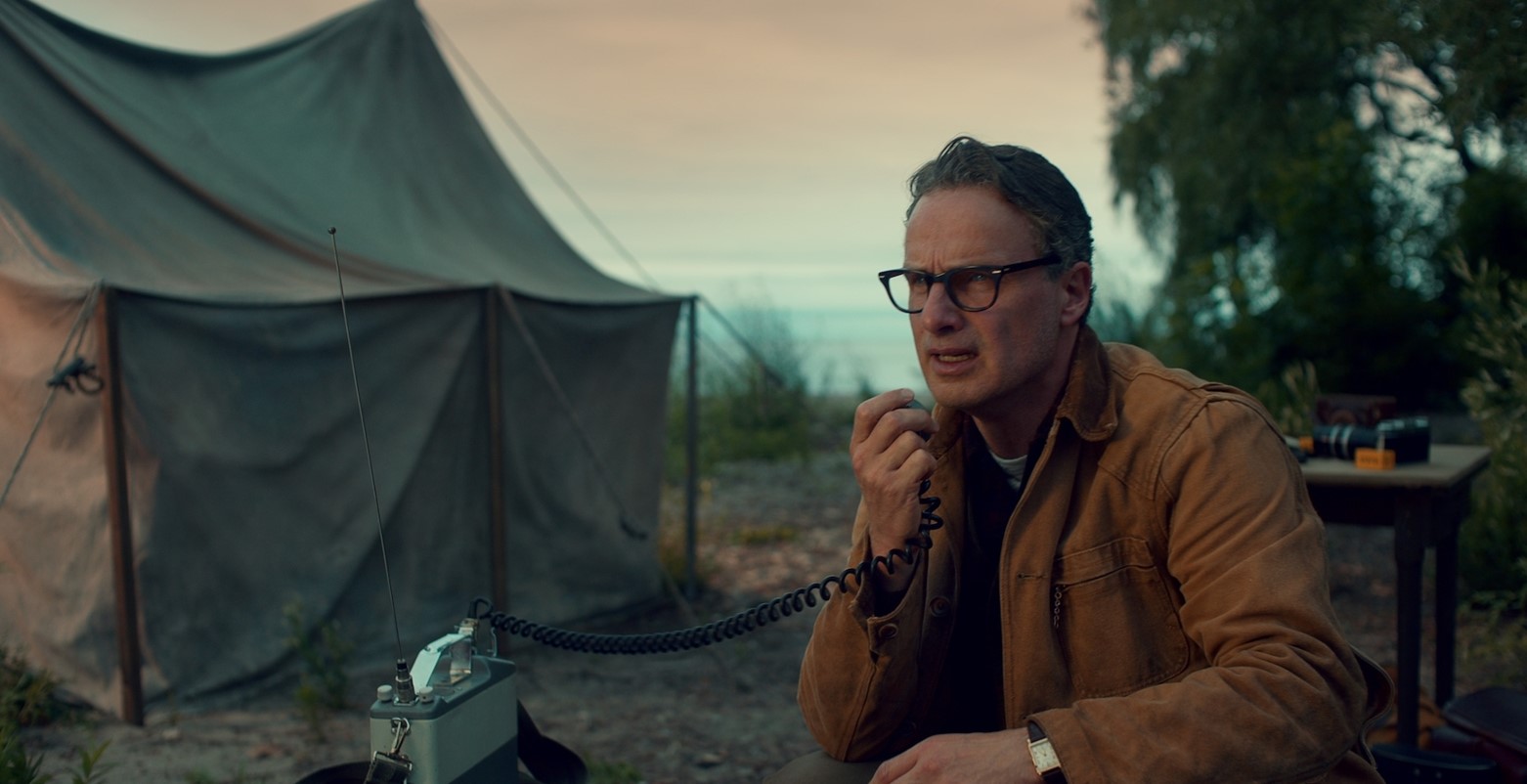 Created by Guillermo del Toro, Netflix’s ‘Cabinet of Curiosities’ is an anthology horror series. Its first season comprises eight episodes that tell eight different tales. The episodes are directed by different filmmakers, and all except one are adaptations of short stories by various authors, with del Toro’s own work serving as the bookends. Episode 8, titled ‘The Murmuring,’ is based on a story by the Academy Award-winning filmmaker and revolves around ornithologists husband and wife Nancy (Essie Davis) and Edgar (Andrew Lincoln). They have devoted their professional careers to research murmuration. In the 1950s, the couple arrives at Big Harbour Island to watch dunlins. However, their plans are interrupted when Nancy begins seeing a child and a screaming woman around the house. Here is everything you need to know about the ending of Cabinet of Curiosities Episode 8. SPOILERS AHEAD.

Directed by Jennifer Kent, ‘The Murmuring’ begins just as all other episodes of the series — with an introduction from del Toro. This time, we are taken to 1951. Nancy and Edgar are accomplished ornithologists known for their work on murmuration. They have patrons supporting their research. It is heavily implied that the couple endured a big tragedy a year ago, and they are both reeling from its aftereffect. The episode depicts the widespread sexism of the era in a brief scene where Nancy and Edgar’s colleagues flock around the latter to congratulate him even though their work is based on Nancy’s ideas.

Upon arriving at Big Harbour Island in Nova Scotia, Canada, Nancy and Edgar learn that their contact there has found them a house to live in while they conduct their research. They were prepared to live out of a tent while they were on the island, so this comes as a pleasant surprise. Moreover, the house is actually a small-size mansion and not a rundown shack they thought it would be. Their contact, Mr. Grieves, and his wife cleaned a few rooms and installed a generator so that Nancy and Edgar would have electricity and running water.

The couple spends their first day on the island setting up their equipment. When the evening falls, they retreat to their temporary home. Edgar tries to initiate intimacy, but Nancy pulls away quickly. It is revealed that Nancy and Edgar lost their daughter, Ava, and the resulting grief has understandably affected their relationship.

When Nancy wakes up later that night, she has her first paranormal experience. She hears a child’s cry, and suddenly, her recorder starts playing, which also wakes up Edgar. As their stay on the island continues, Nancy begins to have increasingly unsettling experiences, realizing the house is haunted by the spirits of a little boy and a young woman.

Cabinet of Curiosities Episode 8 Ending: Who Are the Ghosts?

We learn about the two ghosts in the house in snippets throughout the episode. The young boy’s name is never revealed, but the mother’s name was Claudette. She had an affair with a married man before World War II and became pregnant. Although this man promised her many things, when the war ended, he went back to his wife.

Meanwhile, Claudette’s family sent her and her son to live in the house. Feeling trapped because of her circumstances, she took out her frustration on her son, drowning him in the bathtub. Afterward, the agony and horror of what she has done dawned on her, and Claudette took her own life by falling from the attic balcony.

Do Nancy and Edgar Reconcile? What Happened to Their Daughter?

Although it is not explicitly stated what happened to Ava, we can glean some information on it from what actually depicted on the screen. We see Nancy dreaming of finding Ava beside her on the bed before a child’s hand touches her on the shoulder, and she wakes up with a jolt. This scene indicates that Ava was an infant at the time of her passing. Her parents have since responded to the pain differently. While Edgar feels lost, angry, and heartbroken, Nancy has shut out her husband and the rest of the world from the cocoon of her grief. At the same time, she recognizes this and seeks freedom from the pain.

This desperation for freedom is what makes Nancy feel connected to Claudette. It’s also possible that Nancy is inadvertently responsible for her daughter’s death. Again, the episode doesn’t explicitly underscore this, but given the parallels drawn between Nancy and Claudette, it’s a plausible theory. After finding out their stories, Nancy helps Claudette and the boy move on in their afterlife.

Nancy’s marriage with Edgar comes close to collapsing during their stay in the house. It has been in trouble since Ava’s passing, But Nancy’s experiences in that house force them to speak about it openly for the first time. Although it initially causes a rift between the two characters, their brief stay at Big Harbour Island proves beneficial as the couple reconciles toward the end of the episode, and Nancy agrees to talk about Eva.

What Is Murmuration? Why Do the Dunlins Roost in the House?

Murmuration is a type of flocking. The term is generally associated with starlings, though other birds, such as the dunlins, exhibit similar behavior of synchronized flight as well. Murmuration is when a large flock of birds takes flight together, displaying fascinating and moving patterns through the collective flight of the flock. Scientists generally believe that birds use murmuration to protect themselves from potential predators.

In his introduction to the episode, del Toro notes that according to ancient beliefs, birds are the carriers of our souls, hopes, and dreams to the gods. In ‘The Murmuring,’ the birds seem to play a similar role. They flock together in the attic of the house, from where Claudette fell to her death, perhaps indicating the presence of her spirit there. Toward the end of the episode, the birds depart after Claudette’s spirit has moved on.