Are Carrington and Laurel From Love Island Still Together? 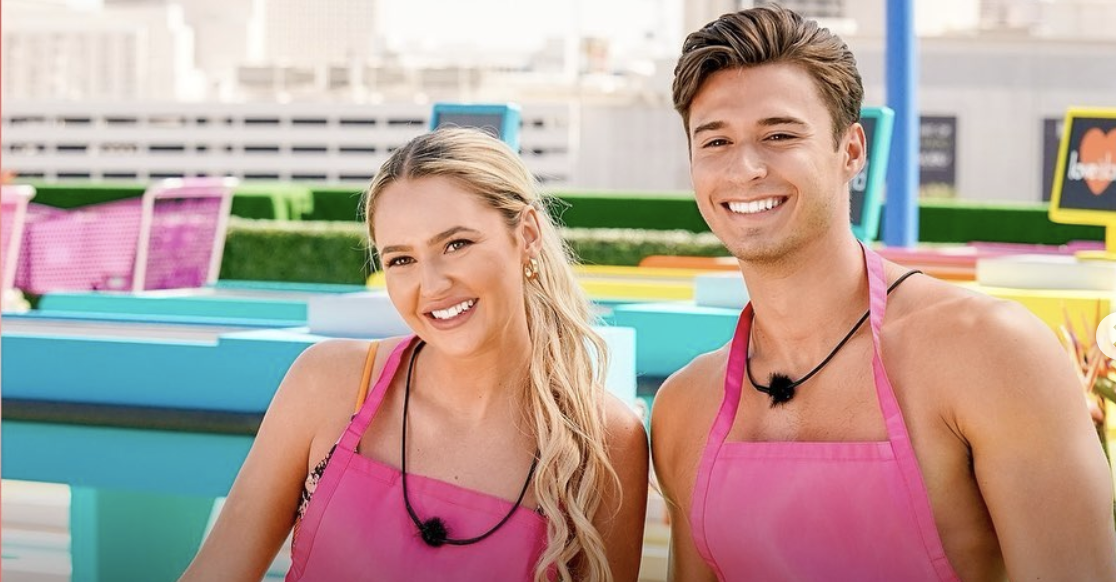 The second season of ‘Love Island USA’ brought back a string of drama to the world of television, as a new batch of stunning singles walked into the exotic Las Vegas villa. Carrington Rodriguez, one of the hottest islanders, instantly grabbed eyeballs with his killer abs and charming smile. He then drew a lot of attention after making an impulsive decision to jump to Kierstan from Kaitlynn the moment he had his eyes on her. But he did show a lot of stability in his newly formed equation with Kierstan.

Casa Amor did not hit anyone as hard as it hit this couple. Carrington shocked everyone by coupling with the new girl, Laurel Alexandra. But he knew it in his heart that he was making the right choice. Undeniably, their journey, with its twists and turns, had kept the audiences at the edge of their seats. Now the question on everyone’s minds is whether the two are still together after the show’s filming has wrapped up, or was it only a stint to stay in the reality show?

The light-hearted show turned intense when one of the strongest couples, Carrington and Kierstan, got broken up by Casa Amor. He formed an instant connection with Laurel, and thus, their journey began on the show. It certainly was not without its ups and downs. Carrington’s intentions were doubted after he started to bond with Lakeyn, the gorgeous newcomer who entered the villa on Day 30.

His behavior raised a few eyebrows as everybody was under the impression that he had already moved on with Lakeyn after two weeks of spending close time with Laurel. But to everyone’s surprise (and relief), Carrington ultimately decided to stick with Laurel during the last re-coupling ceremony. Starting his journey with a certain indecisiveness, Carrington showed immense emotional growth and won millions of hearts with his honesty.

Their fans voted for them, so Laurel and Carrington happily made it to the final four of the season. Carrington showed a vulnerable side to his personality through his final speech. Calling Laurel “sheer perfection,” he expressed his aspiration to travel the world with her. He could easily see them as the dream couple they could only imagine before meeting each other. Carrington left Laurel and the spectators agape with his mention of moving in together with the beauty, sooner than later.

Are Carrington and Laurel Still Together?

After the pair left the villa hand-in-hand, their fans have been eager to know about their near-future plans, and the couple seems to have many! Not only are Carrington and Laurel going strong together, but they have also been enjoying some private time with each other. So far, the two have focused on building their relationship from the ground-up and are well aware that the real world will bring different kinds of challenges.

However, the adorable couple seems to be confident facing them head-on, having learned from all the emotional turmoil they had been through during their ‘Love Island’ journey. To put it in simple words, Laurel has put the entire “Lakeyn” behind and looks at it only as a “bump in the road.” Carrington and Laurel both believe in taking things one step at a time. They are in no rush to live together based on the fact that they have known one another for hardly three weeks.

Thus, they have made the difficult but mature decision to go back to their hometowns to start their relationship in a long-distance setup. Carrington surely intends to travel to Auburn, Alabama, to see his girlfriend once or twice a month. After getting her hands back on her phone, Laurel thanked everyone for supporting them and excitedly shared with her fans that she could foresee a bright future with her dashing boyfriend. Therefore, it really seems like the two are in it for the long haul.

Read More: Are Mackenzie And Connor From Love Island 2 Still Together?