Carter Rubin From The Voice: Everything We Know

‘The Voice’ is one of the most famous singing reality shows that has introduced extensive talent to the world since its inception on April 26, 2011. With its latest edition, season 19, NBC’s hit series proves what it claims to achieve: training professional and amateur vocalists to prepare them for grand stages. Carter Rubin is an immensely skilled contestant who participated in the show and got selected based on his flawless singing skills.

In addition to making his coach, Gwen Stefani, break down with his performance on “Rainbow Connection” from ‘The Muppets,’ Carter also made sure it was a technically impressive rendition. He has received much appreciation for a controlled voice and is unanimously a phenomenal singer. His inspiring story enticed us to dig for more information about him, and here is everything we found out!

Born on October 11, 2005, Carter Rubin is a 15-year-old professional singer who belongs from Shoreham, located in Suffolk County, New York. Already an international star, he is currently pursuing his education from the Shoreham-Wading River High School along with building a career in the music industry. Along with friends and family, Carter also has the wholehearted support of his school.

Referring to the SWR sophomore, Carter’s school stated in its official website, “a very active singer and has appeared in many concerts as a member of our school choirs and in our dramatic productions.” Carter has been a fan-favorite since he auditioned back in July with a stunning performance of Lewis Capaldi’s “Before You Go.” He was 14 when he shot the blind audition and the famous battle round against ‘The Voice’ alum Larriah Jackson, 15, and won!

It is almost impossible for a teenager to reach the level of success that Carter Rubin has achieved in his teenage without the consistent support of the family. Undoubtedly, his parents, David and Alonna Rubin, have stood rock solid by him since the day he showed the potential to be a singer. His mother is the founder and president of the autism advocacy group Families in Arms. 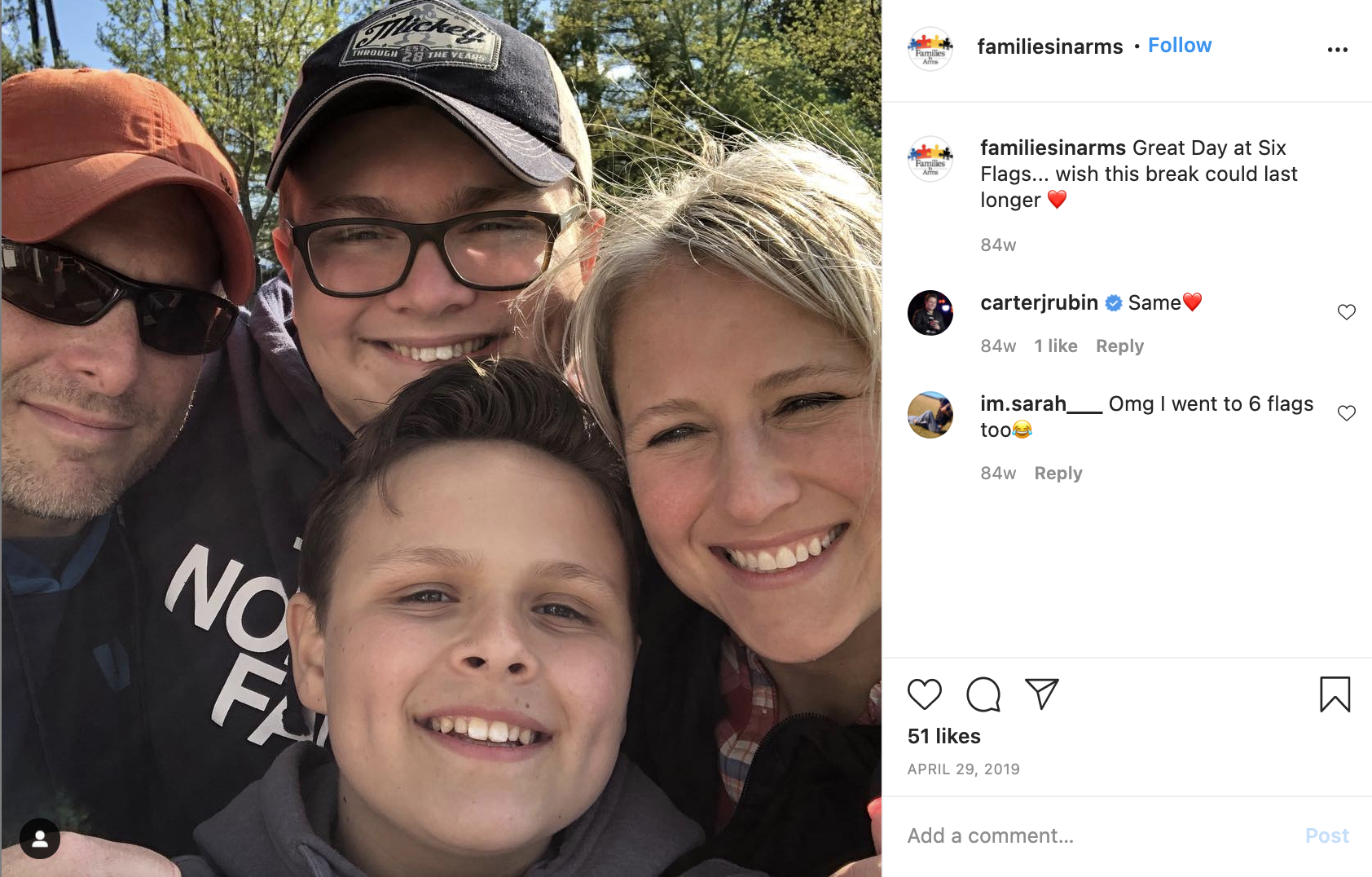 The motivating factor for Alonna to run the nonprofit public charity is her first son and Carter’s four-year elder brother, Jack, who was diagnosed with autism at the age of 2. At quite a young age, Carter Rubin has imbibed the responsibility to support noble causes and is often seen with his parents trying to do his bit for the same. 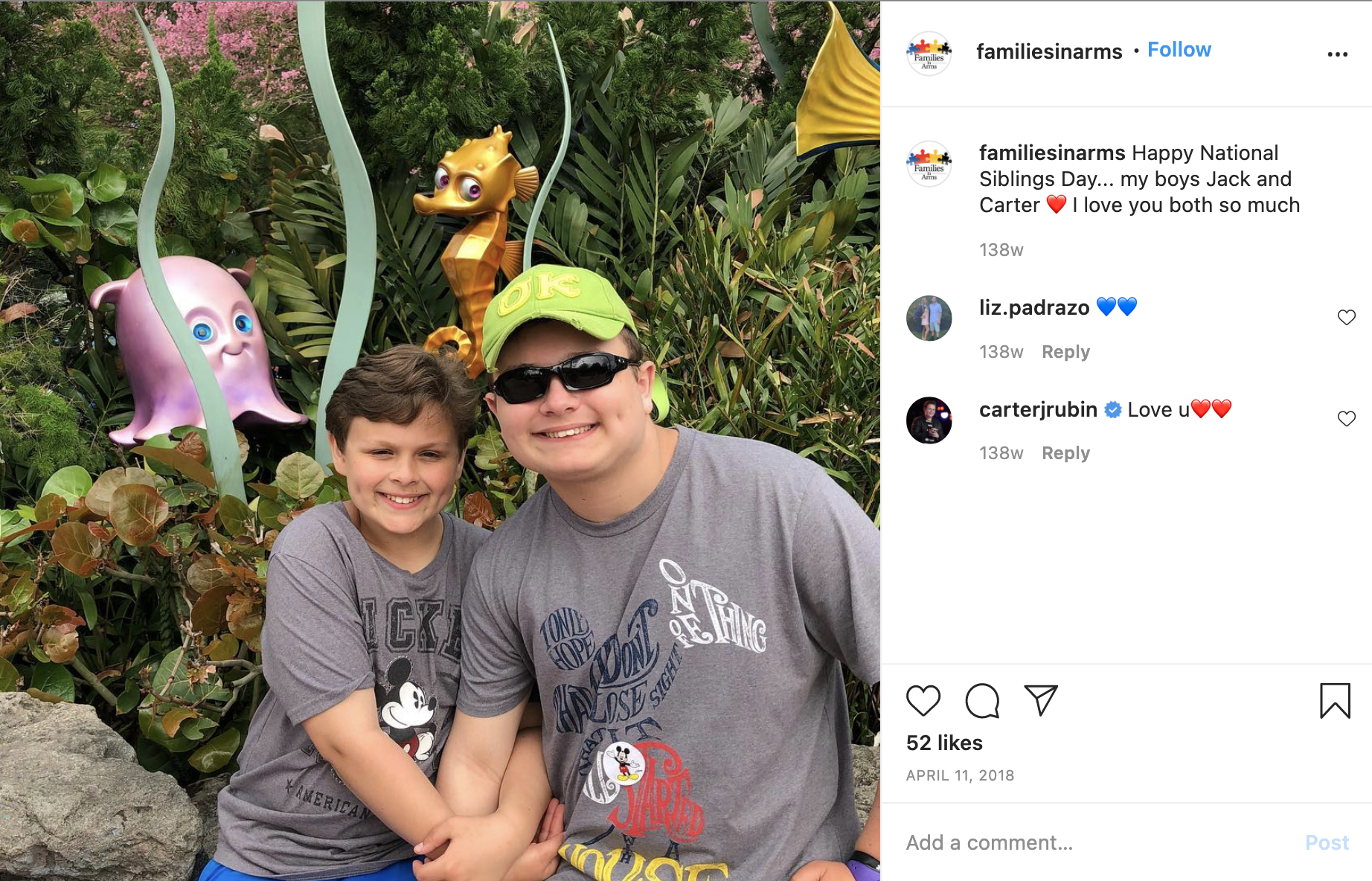 The Team Gwen prodigy grew up in a musically-charged family and his focal inspiration is his maternal grandfather, Ric Mango. The Valley Stream-raised grandpa is a former singer renowned for performing at local venues like the Westbury Music Fair and the summer concert series in Long Beach. He was also famous as a guitarist and backup vocalist for Jay and the Americans but his participation is not listed on the band’s official website.

Carter Rubin possesses a voice quality that has either been passed down to him or is the product of years of practice. At the age of 7, he began his journey to become a professional singer. It looks like he has already reached his goal, having received international recognition after appearing on ‘The Voice.’ But during the initial days, Carter and his brother Jack used to perform at concerts to raise awareness for autism and those struggling with other forms of mental and developmental incapacity. 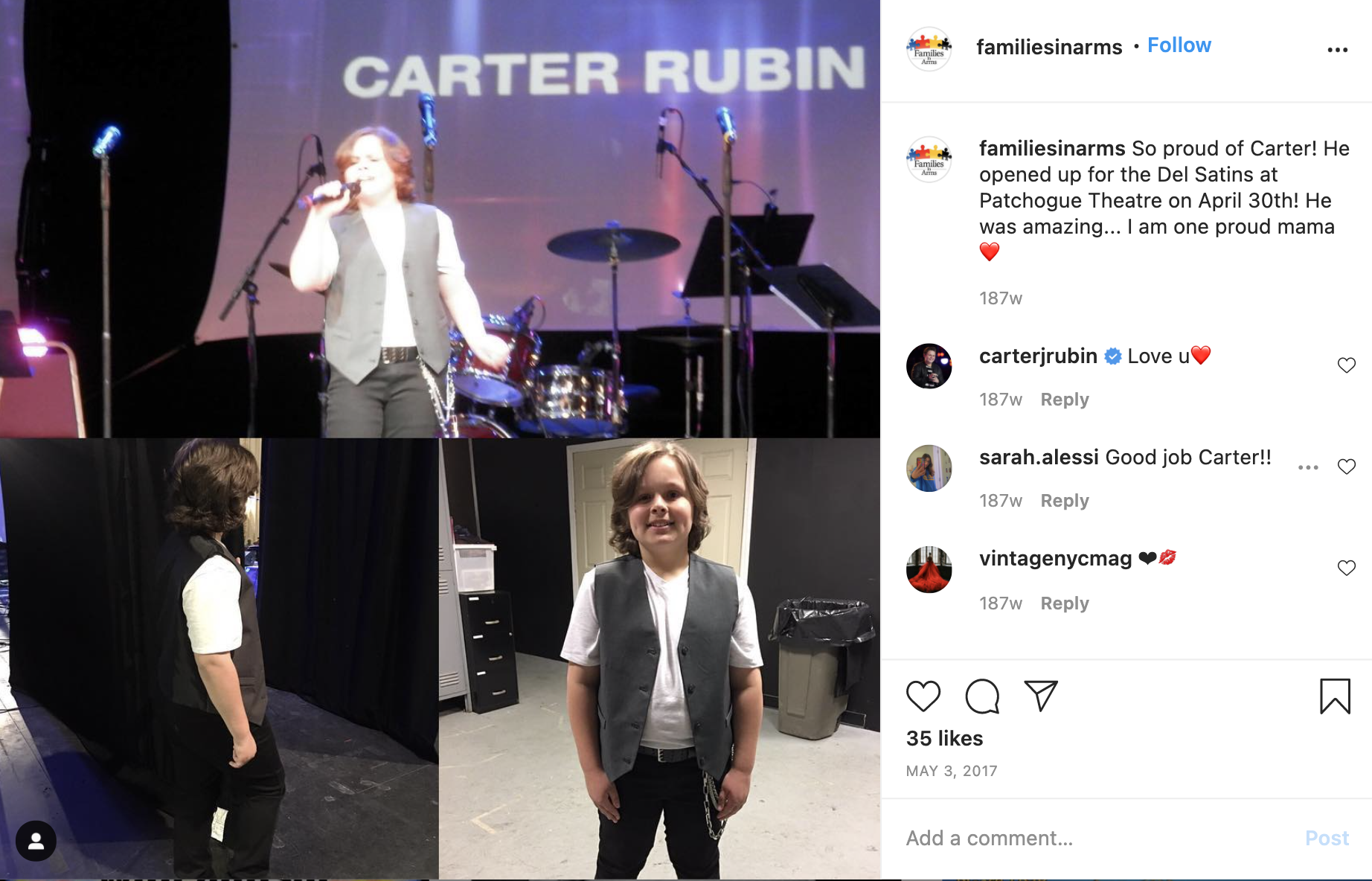 Carter’s early exposure to singing platforms included performing in musicals, community events, and local radio stations. The young singer’s blind audition performance of Lewis Capaldi’s “Before You Go” won the hearts of judges and made Gwen Stefani and John Legend both turn their heads (and seats!) to see who was singing so phenomenally well.

thank you to my family, my friends, my supporters, the voters, of course @gwenstefani and everyone else who has followed my journey on this show. whatever happens tonight, i feel like a winner. that being said, tune in to NBC tonight at 8/7c! #TheVoice #VoiceLives #TeamGwen pic.twitter.com/RBoRwL349b

The young artist has continued to amaze the audience as well as the coaches with his back to back renditions of songs like “Hero” by Mariah Carey and “You Say” by Lauren Daigle. Right after he sang the latter, Kelly Clarkson could not restrain herself from saying that, “I thought my makeup artist was gonna have to come out here and fix everything that’s happening to me right now.” Considering the amount of talent Carter has, it would not be far-fetched to claim that he is meant for even greater success in his future.

Read More: Ian Flanigan From The Voice: Everything We Know