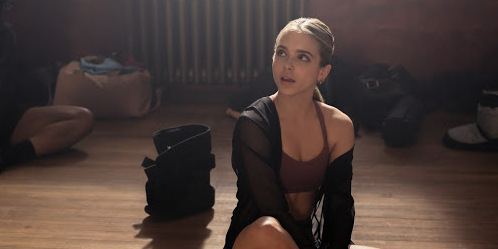 Casimere Jollette is an extremely talented actor, model, and professional dancer. ‘Tiny Pretty Things,’ the popular Netflix drama series, showcased her as the “music box ballerina,” working the hardest at Chicago’s most prestigious ballet school. The plot dictates a storm of lies, betrayal, and cutthroat competition that takes up the Academy’s world.

The character’s hard-working trait holds even for the actor who has impeccably portrayed Bette, an awe-inspiring dancer forever wishing to come out of her image as the second fiddle to her older sister, Delia. We got curious to know all the personal details about her life, and here is everything we found out!

Born on March 26, 1996, Casimere Jollette belongs from Chicago, Illinois. As a toddler, she was inclined towards dancing and began to groove from the age of 3. Soon, her parents signed her up with Ford Models, and the 7-year-old starting modeling, not only as a hobby but as a profession. As a stroke of luck, Lisa Morgan, an acting coach, rented space at Casimere’s mother’s dance studio, and thus discovered her in her preteens. 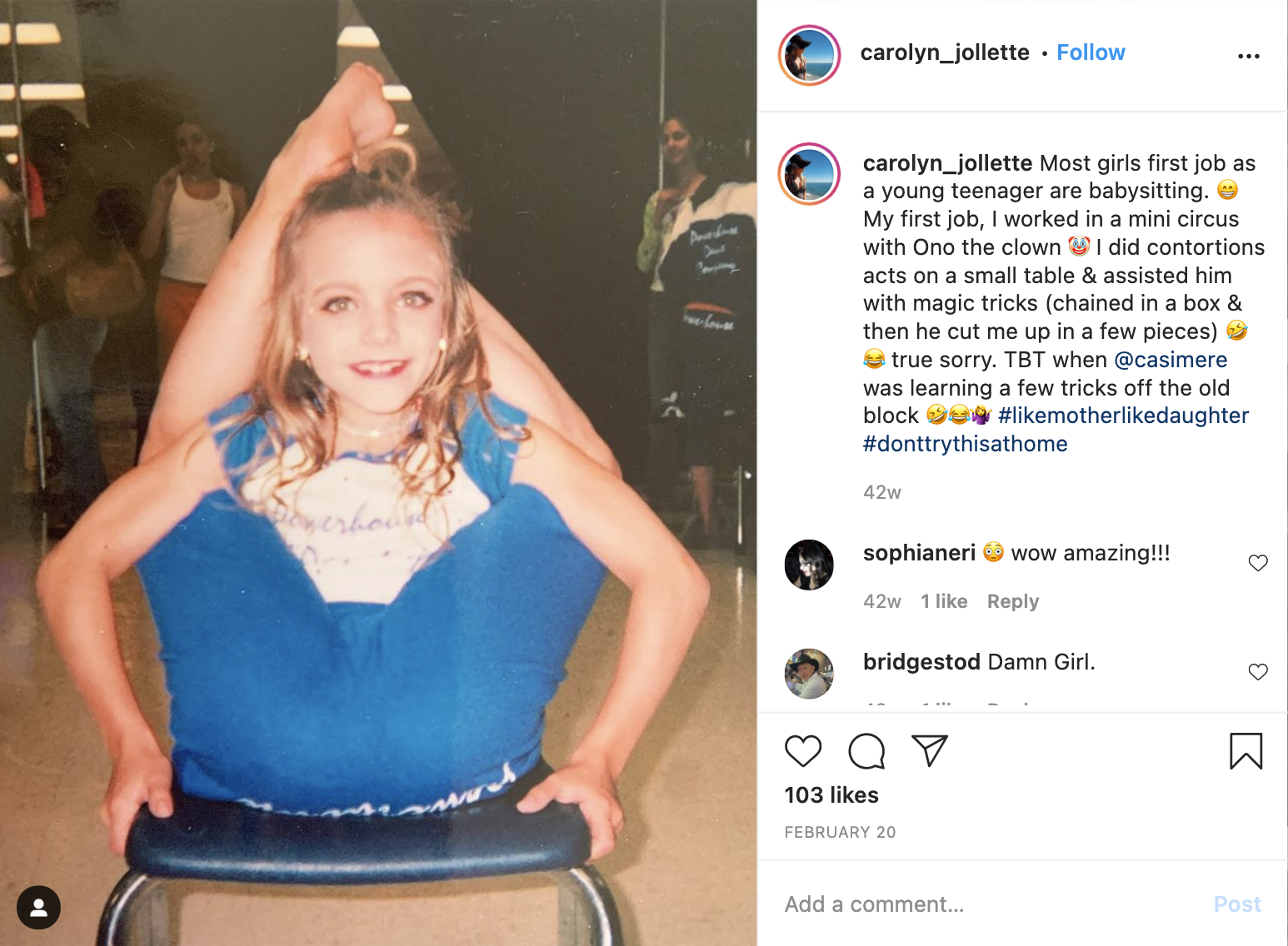 Casimere’s talent paved the way for her career, but it costed her academic life. Receiving substantial coaching to be a ballerina and actor in addition to the frequent traveling hampered her from attending high school regularly, which is why she opted for online-coaching. The home-schooled dancer more than made up for the lost experiences by landing in the Top 12 for Contemporary Ballet at the illustrious Youth American Grand Prix every year from 2011 to 2013 and brought home the first prize in 2014. 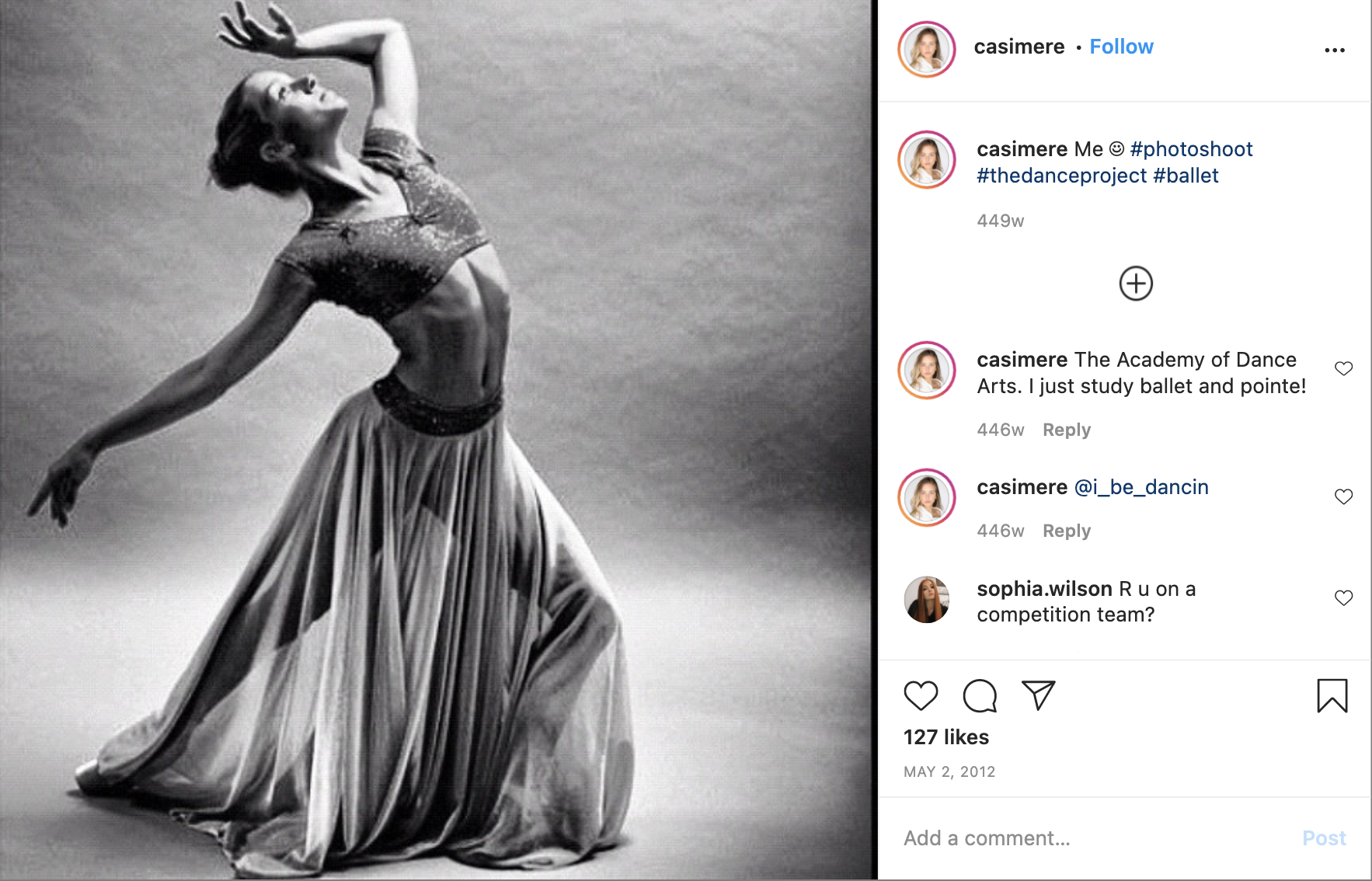 Casimere grew up to be an ambitious dancer and a National Championship-award winner during her formative years. She had been rigorously trained in every style of dance, but just before entering her teenage, she recognized ballet as her heart’s calling. At the tender age of 12, she began her intense training under the tutelage of Ballet Mistress Sherry Moray. Casimere spent her summers in New York City polishing her ballet dance movements at Chicago’s Joffrey Ballet and American Ballet Theatre.

Casimere Jollette is fortunate enough to have been born and brought up in a family who recognized her talent at an early age and encouraged her to the best of their ability. She is of French, Lithuanian, and Italian descent. Her father, Ralph Jollette, hails from Massachusetts and is a mechanical engineer and the CEO and founder of Nature’s Appeal Mfg. Corporation. The entrepreneur has been running a successful Illinois-based business, selling “franchises and opportunities” for over 20 years.

Casimere’s mother, Carolyn Caruso Jollette, is an interior designer, former Chicago Bears Cheerleader, and a writer. She co-authored the tell-all memoir ‘Missing from the Sidelines: The Untold Stories of the Chicago Honey Bears NFL Cheerleaders.’ Casimere shares her love of performing arts with her sibling but in the form of music as her brother, Ralphie, is a trained classical pianist and works at Capitol Records in Los Angeles. 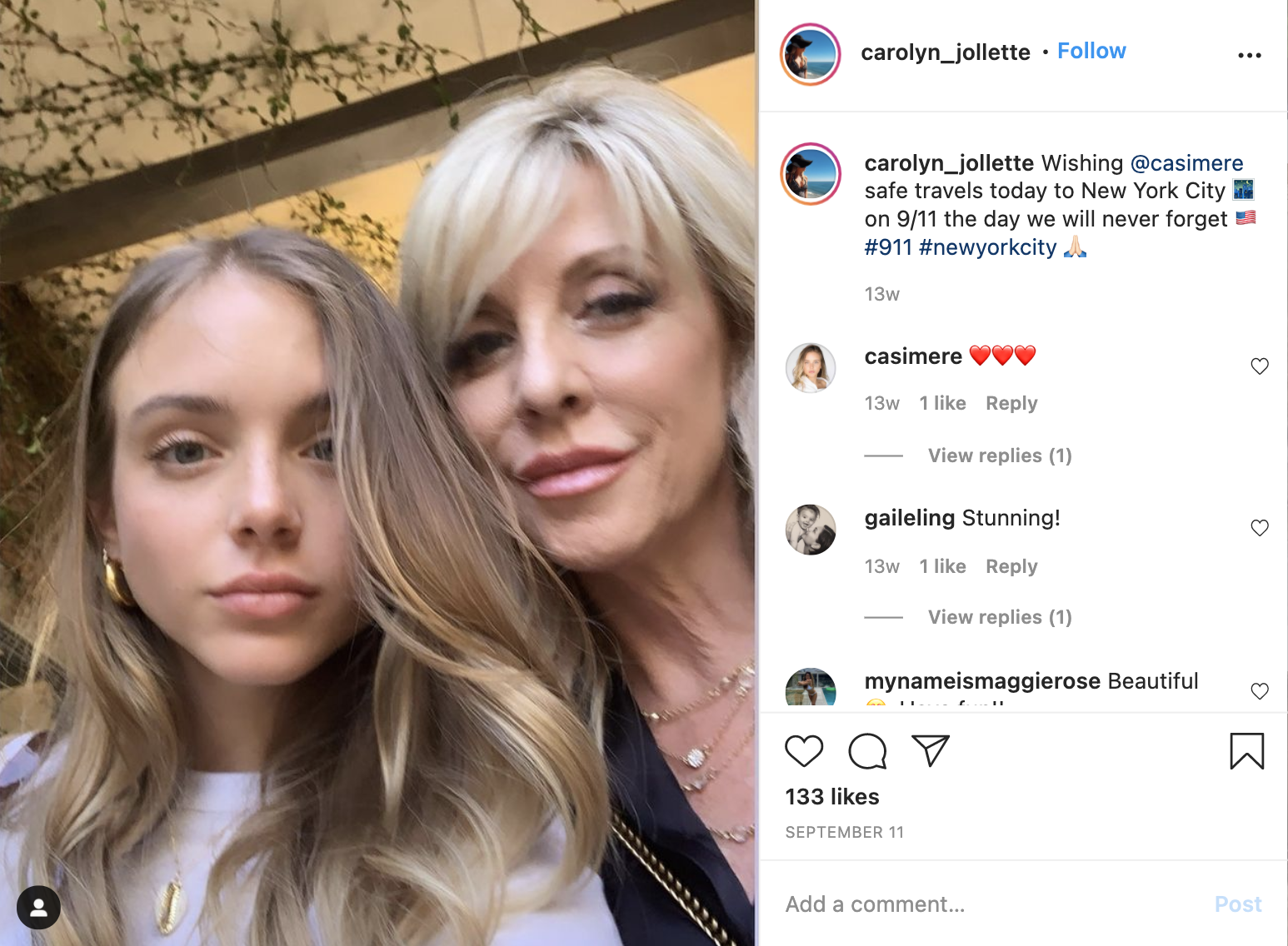 There has been no stopping Casimere Jollette since the moment she realized her passion for dance and acting. In 2014, the 18-year-old actress landed her debut role as a guest appearance on the police procedural drama series, ‘Chicago P.D.’ The following year, she got the opportunity to play the lead on Hulu’s ‘Guidance’ and worked alongside Michele Trachtenberg. Shortly after, Casimere permanently moved to Los Angeles so as to follow her acting career with all sincerity. 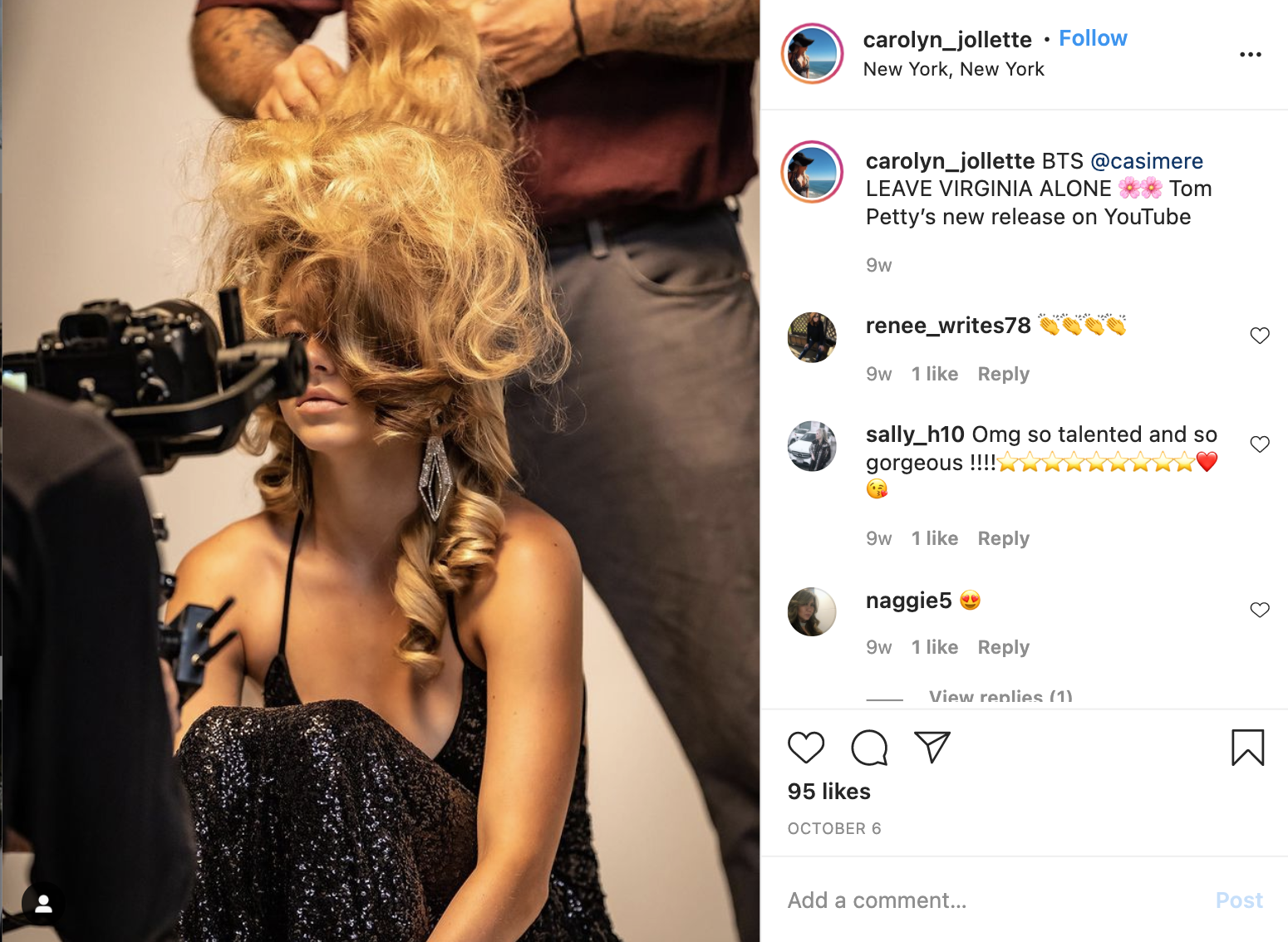 She then combined her acting and modeling talent and exhibited it on various commercials and dance campaigns like Opening Ceremony and Webtoons. In 2017, her portrayal of the unattainable Natalie on Netflix’s family feature film ‘F.R.E.D.I.’ proved to be a leap forward for her career. Casimere has played various guest roles in shows like ‘Code Black’ and as Skylar in the true-crime anthology ‘Dirty John.’ Her role as a ballet dancer on ‘This Is Us’ led her to work on Netflix’s latest series ‘Tiny Pretty Things,’ which portrays her as a flawless, rich, and supremely confident dancer, Bette. 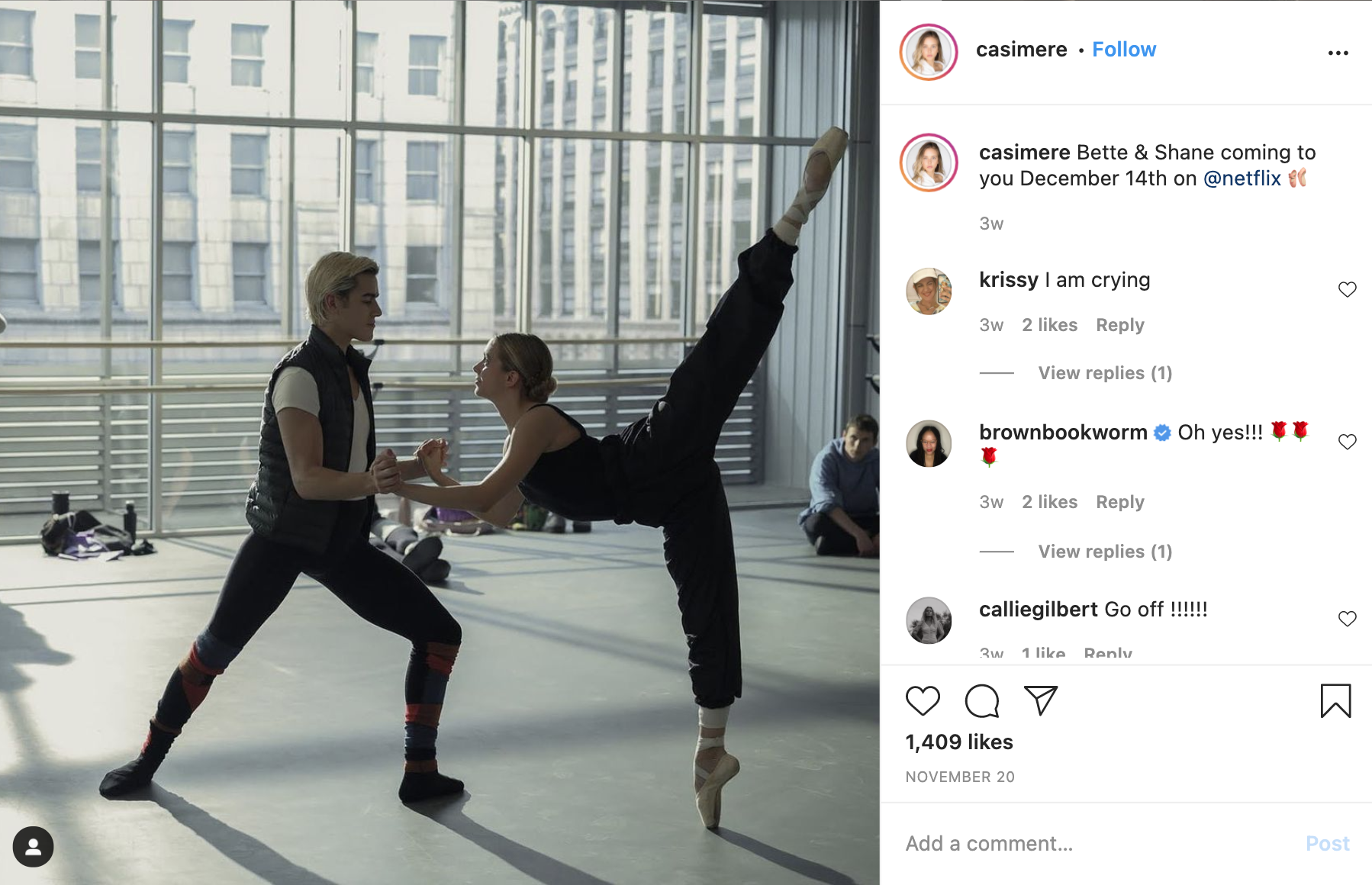 Casimere Jollette has been in the film and television industry for over half a decade but has successfully concealed the matters of her private life from the prying eyes of the media. A cursory glance at her social media accounts hints at Alexander Eling, her ‘Tiny Pretty Things’ co-star, as her love interest. Despite remaining mum about their romantic relationship, they do not shy away from posting adorable pictures with and of each other. 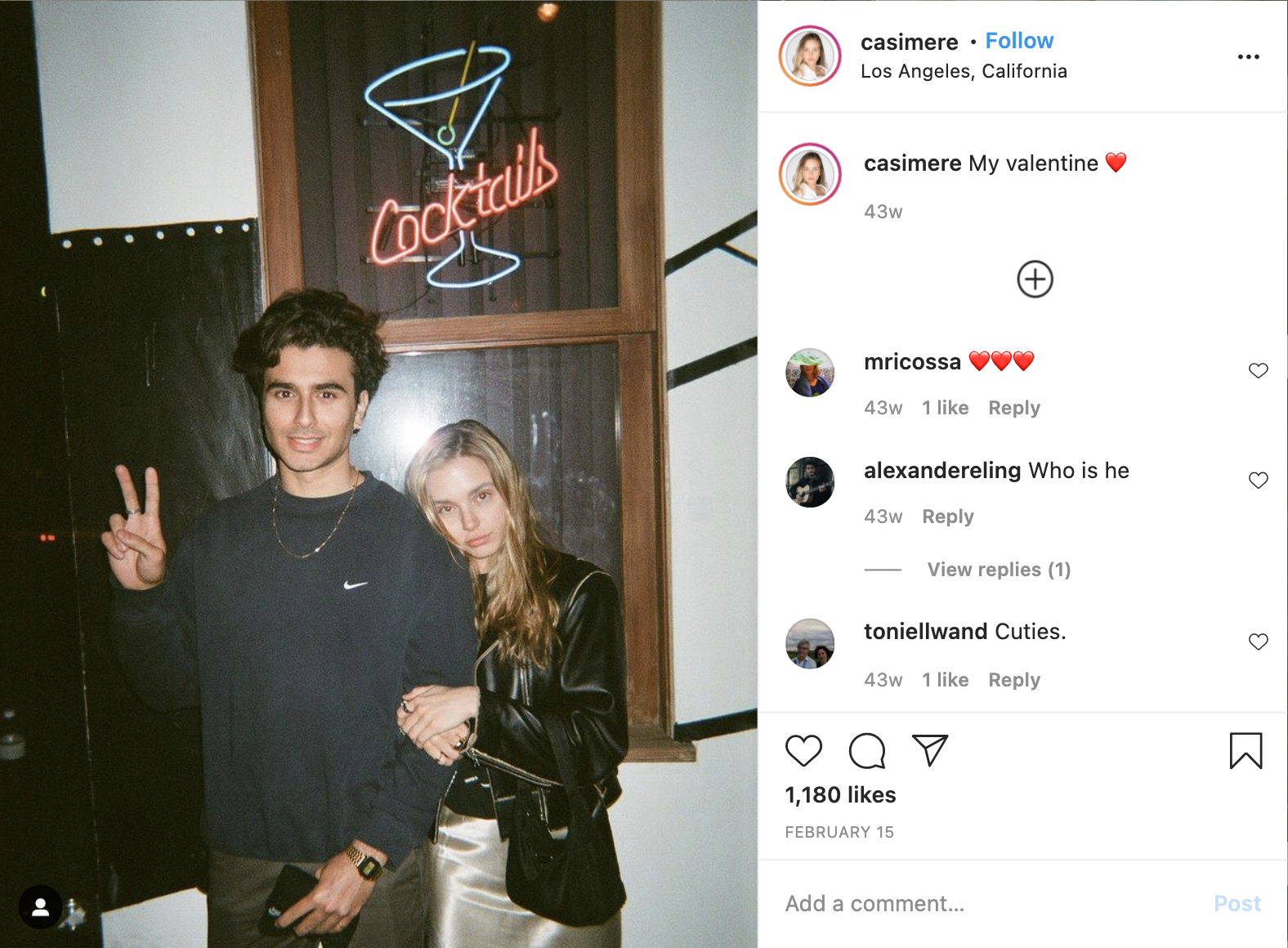 However, Casimere has posted several couple-y snapshots with Brennan Clost, another fellow cast member from the Netflix whodunnit drama series, making it difficult for her fans to know for sure if either of them is her boyfriend. There is also a solid chance that both Alexander and Brennan are her close friends and that the pictures are deliberately entailed with playful (and misleading!) captions. 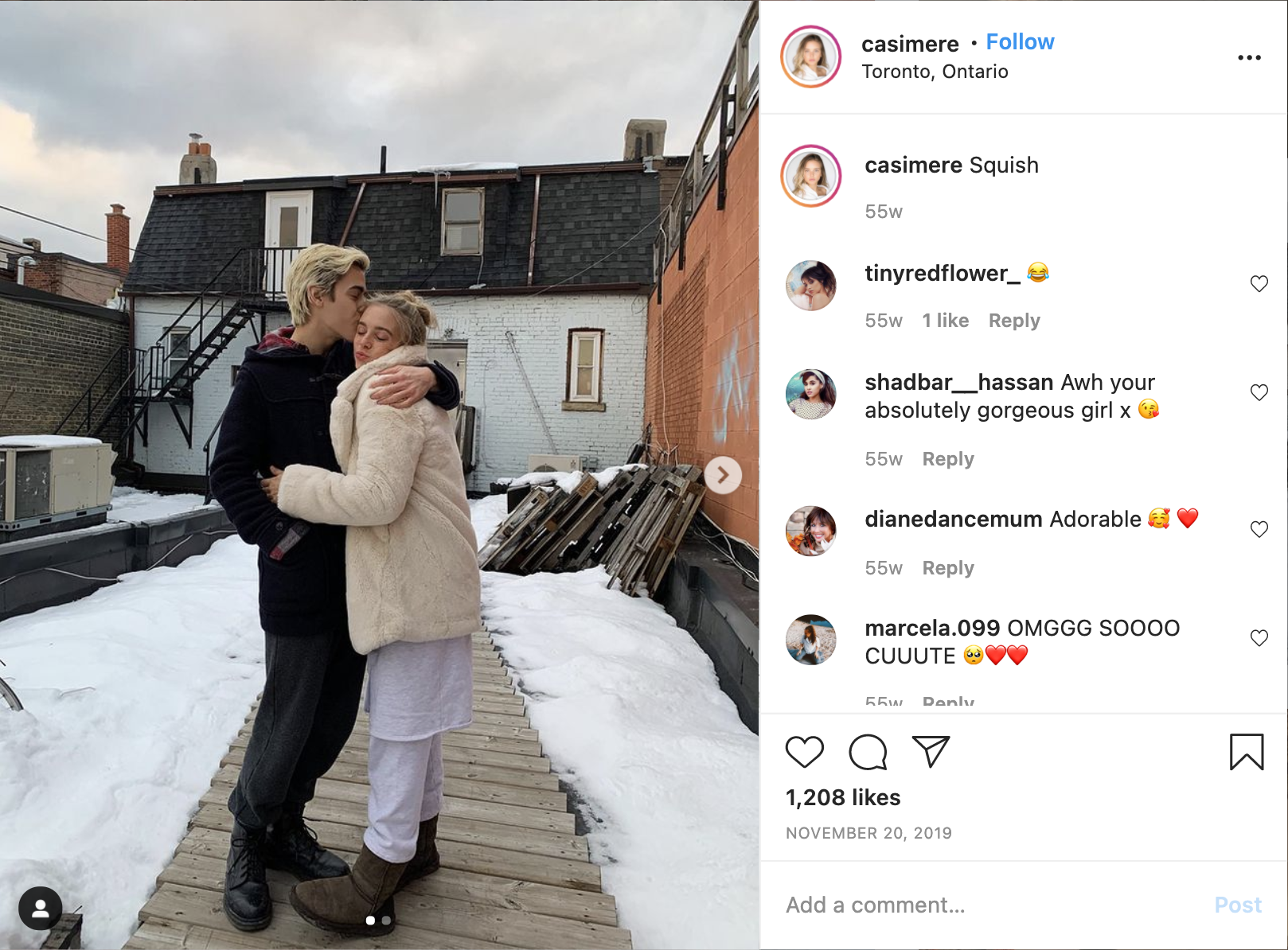