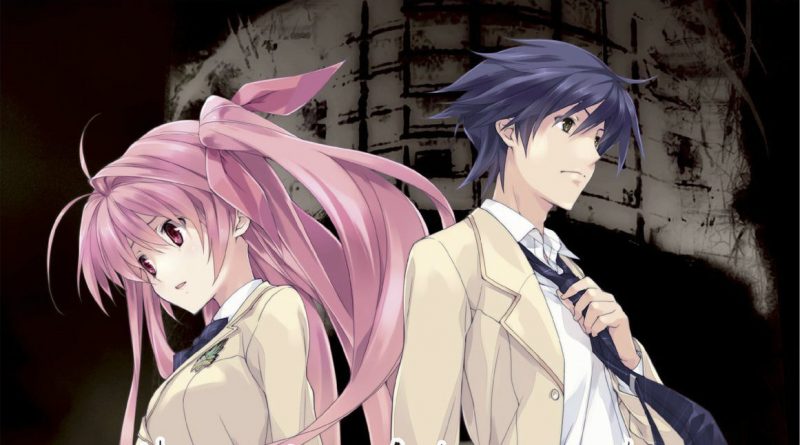 ‘Steins; Gate‘ is one of the top-rated anime of all time, so when ‘Chaos; Head’ was first announced, many fans were a little doubtful about it. While it does establish itself as a decent show on its own, if compared with ‘Steins; Gate’, it does not even come close. The story revolves around a series of murders and gets even more interesting with time. The main character seems to be very well fleshed out but sadly, the rest of the cast just seems to be dull and uninspired. This is probably where the anime proves to be an inferior version of its alternate version. Even the villains have 2-dimensional motives and don’t really come off as major threats to the characters.

Coming from Madhouse Studio, also known for producing some great shows like ‘Death Note‘ and ‘One Punch Man‘, the artwork is surprisingly inconsistent and even feels flat at times. Madhouse is known for experimenting with different art styles and designs, but the characters models in this one felt very familiar. Even the action scenes don’t turn out to be all that great and lack the fluidity that you would expect them to have. Music proves to be the better side of this anime, especially the opening theme that sets the right tone for each episode.

The biggest problem with ‘Chaos; Head’ is that it clearly fails to reach its true potential. And with all the hype around it, expectations were really high from it. But sadly, it turns out to be a little disappointing and not to mention, this is certainly not one of Studio Madhouse’s best works. Overall, I would still recommend this anime to anyone who is interested in the whole ‘Steins; Gate’ franchise. Just make sure that you don’t expect too much out of this one.

Chaos; Head Season 3 Release Date: When will it premiere?

‘Chaos; Head’ season 1, which is more like an alternate setting for ‘Stiens; Gate‘, released on October 9, 2008 and ran till December 25, 2008. This was then followed by another season, titled ‘Chaos Child’, which premiered on January 11, 2017 and went on till March 29, 2017. Soon after this, an anime movie sequel of the series premiered on June 17, 2017. The reason why the entire franchise has so many different alternate settings is that it has been adapted from the same visual novel.

Unlike visual novels, anime shows have more of a linear flow which only allows them to pick up one parallel story at a time. From what it looks like, ‘Chaos; Head’ has been concluded with its final film but then again, the franchise may be far from over. Now assuming that you’re already done with ‘Steins; Gate‘ and ‘Chaos; Head’, ‘Robotics; Notes’ and ‘Occultic; Nine’ are two more alternate settings that you’ll definitely enjoy. If we get any confirmations regarding the renewal or’Chaos; Head’ season 3 release date, we’ll certainly update it here on the website.

The English Dub of ‘Chaos; Child’ is available on Funimation.

Set in Shibuya, Japan, ‘Chaos; Head’ revolves around a high school student named Takumi Nishijou. One day, the mysterious rumors about the ‘New Gen’ murders catch up with him. Not too concerned about what’s happening around him in his city, he quickly dismisses it. But that’s when things start to change and all of a sudden, he begins to experience some really strange mishaps around him. It all begins when he first receives a terrifying picture on his computer and later, things get even worse when he finds a weird pink-haired girl standing at a murder scene.

Soon, a whole new world starts opening up to him where it’s hard to even be aware of what’s real. An unforeseeable fate opens its doors to him as he gets closer and closer to the reach of the “New Gen” killer.

Sena is a 17-year-old girl who is in the third year of the Suimei Academy. She has long purple hair and deep blue eyes. She’s more or less of Tsundere as she acts hostile and non-friendly with everyone. She even gets very aggressive if someone takes her popsicle. But underneath this tough girl act that she tries to portray, she deeply cares about almost all the people around her. She’s really close to her mother and sister and is willing to do anything for the two of them.

For her age, Ayase is pretty tall and has a slender looking body. She has blue colored hair that is short and styled in a pageboy. She has big brown eyes and is usually seen in her school uniform. For someone who does not know her too well, she is stoic and walks around with a very blank expression on her face. But she’s just an introvert who believes in keeping to herself and spending her time reading books instead of interacting with others. She strongly believes that a supernatural force called the Great Will is always guiding her. It’s this force that later guides her into forming a gothic rock band called the Phantasm. Through the lyrics of all the songs that she writes with this band, she tries to predict the activities of New Gen.

Yua is another girl from the Suimei Academy who has long pale blond hair and dark green eyes. She usually sports a pair of glasses along with her neat and tidy school uniform. She always seems to be very low on self-esteem and gets embarrassed too easily. When it comes to Takumi, she really cares for him and goes out of her own way on several occasions just to wish him well. But despite having a brief friendship with him, she literally flips later and starts suspecting him for the murders. After getting the information that she needs from him, she just coldly exits from his life and leaves him in a state of shock.

Takumi is the main protagonist of the series who is a second-year high school student. He spends most of his time playing video games at home. He has slightly long spiky blue hair and downwards facing hazel eyes. He has an average height for his age with a lanky build. His skin is extremely pale which is probably an outcome of spending too much time indoors. He also gets tired way too soon because of his lack of any physical activity. The only time he talks to people at school is when someone addresses him first. He also gets these random bursts of delusional events where he gets lost in his own imaginary world of images. Most of his delusions are weirdly erotic and Seira is one person who is usually a part of them.

Kozue is a sophomore at the academy who is fairly tinier than most other girls of her age. She has hazel eyes and long yellowish-pink hair that she ties up in two long pigtails. Like all the other female characters, she is usually seen in her school uniform. She rarely says a word to anyone and makes up for her disability to talk with her telepathic abilities.