Chaz Lawery From The Circle: Everything We Know 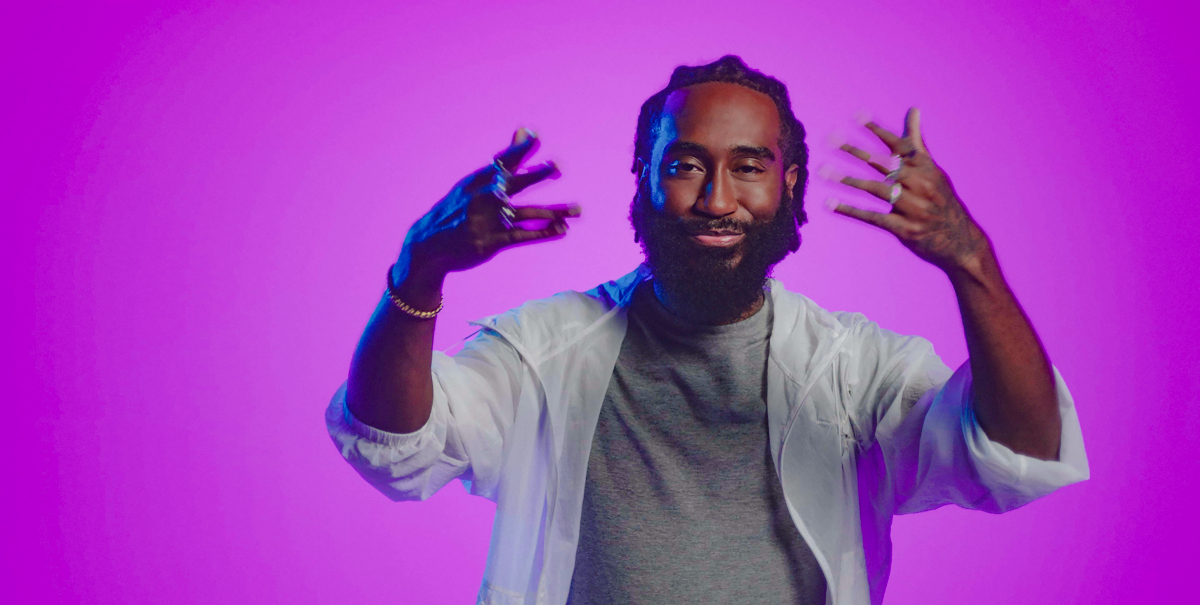 Although there’s no denying Netflix’s ‘The Circle’ always features an entertainingly diverse cast with their own set of remarkable traits, Chaz Lawery definitely stands out throughout installment 5. After all, not only is he bold, loud, and proud, but he’s also open, honest, and sincere, meaning he will never shy away from being who he really is or back off from an expressive conversation. So now, if you wish to learn more about him — in particular, his history, his familial experiences, his career trajectory, as well as his relationship status — we’ve got the necessary details for you.

Born on June 8, 1993, Chaz “Shampoo Papi” Lawery is a New Jersey native through and through; he actually grew up around the Lawrence Township area before it was time for him to move on. Unfortunately, however, we do not know much else regarding his early years or his family owing to the simple fact he prefers to keep his innately personal private life well away from the limelight. The only things we can thus positively report are that he’d developed an interest in entertainment as an adolescent himself (more on this later) and has lost a brother to horrific gun violence.

“My brother’s dream was to become a nurse… and he never got to live out this dream,” the then Philidelphia, Pennsylvania-based Chaz candidly revealed in the Netflix original. “For a long time, I was chasing nursing initially to fulfill that dream for him because I felt like that was the best way I can honor [him, but] I didn’t finish nursing school.” Then, holding back tears, he added, “My brother was my best friend. I have him tattooed on my arm… My brother is ultimately my biggest inspiration in life.”

Even though Chaz did not finish the educational path he’d chosen, he has since managed to build a good life as an entrepreneur as well as a content creator already residing in Los Angeles, California. According to the now 29-year-old’s accounts in Voyage LA, he’d decided to step into the business world upon “failing school, dropping out, and quitting” his job as he’d realized he “no longer wanted to work for anyone. Especially not working with people who were homophobic and mentally abusive… I finally decided that I wanted to stand for something and be the creator of my own destiny.”

That’s when Chaz opened himself up to new ideas, just for him to find his passion in car cleaning and detailing, sort of like in the early 2000s show ‘Pimp My Ride.’ He said. “My journey all began with me detailing my own car own and showcasing it via Instagram. I received positive feedback [along with inquiries from] many people… [so] I knew at that point I could turn this into a business.” He hence began building his brand, resulting in the birth of the Shampoo Papi Mobile Detailing company and, in turn, his moniker of Shampoo Papi itself, which is now recognized worldwide.

After all, Chaz’s online presence as well as the ‘Shampoo Papi Mobile Detailing’ 2021 iTunes original production has found support not just in the US but also in the UK, Mexico, Dubai, France, and Australia. Plus, even Shark Tank’s industry tycoon Daymond John has recognized his hard work, only driving him to push further every step of the way. “Nothing about my life has been smooth,” the reality star once conceded, “but Shampoo Papi gave me something to live for. My business saved my life.”

The fact Chaz Lawery, aka Chaz Alvarez, aka Shampoo Papi, is unapologetic in his profession or his enthusiasm plays a significant role in the draw people have towards him as well. Therefore, it’s absolutely no surprise he’s gradually on his way to evolving into a public figure — he’d been interested in both fashion, design, and modeling from a young age, so he’ll most probably grab onto the opportunities rising up. That’s because it’ll definitely help him achieve his own dream too, which is to expand his platform to such an extent that he can also begin offering his detailing services to high-end celebrity clients.

From what we can tell, Chad is still happily in love with the partner he’d briefly mentioned in the Netflix original — the male he’d been with for over three years. We unfortunately do not know the latter’s name, their story, or whether they’ve since tied the knot, yet the entrepreneur can often be seen sporting a beautiful ring on his finger. It’s thus rather evident Chaz is more than just dating at the moment, but as mentioned above, because he keeps his personal life on the down low, we do not have any further details.

Read More: Xanthi Perdikomatis From The Circle: Everything We Know