Why Did Strego Nall Kill Chill Spen in Moonhaven? Why Did Tomm Kill Strego Nall? Theories 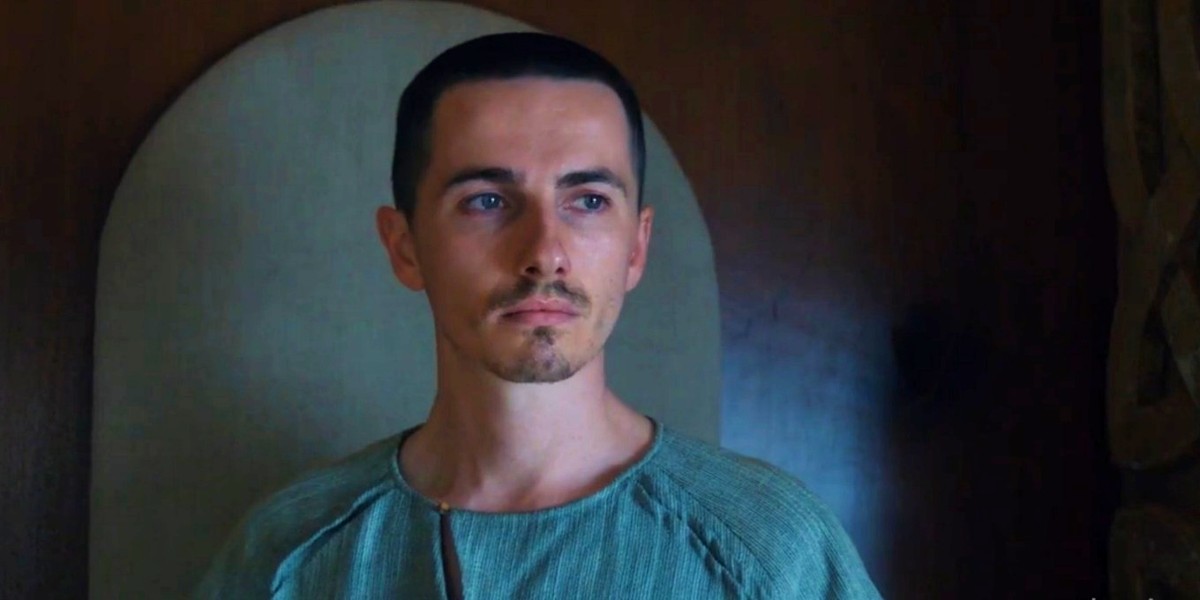 ‘Moonhaven’ created by Peter Ocko revolves around a  conspiracy on the titular moon colony, which holds the secret to sustaining life on earth. Cargo pilot Bell Sway finds herself in the middle of this conspiracy through her connection to Chill Spen. However, as the sci-fi show’s story progresses, viewers learn about Chill’s killer, Strego Nall, and his death at the hands of Tomm Schultz. Naturally, viewers must be curious to find the answers to the complex web of deaths. In that case, here is everything you need to know about the motives behind Chill and Strego’s deaths! SPOILERS AHEAD!

Strego Nall is introduced in the series premiere episode of ‘Moonhaven,’ titled ‘The Pilot.’ He is the husband of Chill Spen, the woman escaping with a mysterious object connected to The Bridge, humanity’s last hope of sustaining life on earth. In the series, actor Adam Isla O’Brien essays the role of Strego Nall. The series marks O’Brien’s first major television credit. Strego chases Chill as she escapes into the woods. Strego catches up to Chill and tries to convince her not to run away.

However, Chill persists with her plan and runaway. The next day, her dead body is discovered by two detectives. With the help of the artificial intelligence system IO, the detectives deduce that Strego killed Chill. They apprehend Strego, and he confesses to killing Chill. However, he does not reveal the reason for killing his own wife. It is implied that Strego is working as a part of a group with a mysterious agenda. Their plan requires The Bridge to go forward smoothly. Hence, Strego was forced to kill Chill as she was trying to stop The Bridge from reaching the earth.

Why Did Tomm Kill Strego Nall?

Tomm Schultz first appears in the series premiere with actor Joe Manganiello (‘Metal Lords‘) essaying the role. Tomm is the bodyguard of Indira Mare, the ambassador of IO. Tomm and Indira travel on a ship piloted by Bella Sway. After arriving at Moonhaven, Bella learns of her connection to Chill, and they are revealed to be biological sisters. Bella discovers that Chill was killed by her husband, Strego. Meanwhile, Strego escapes from the detectives and retries a hidden stash of The Singer, a mysterious drug developed on the moon colony.

In the final moments of the first episode, Strego sneaks onboard Bella’s ship in hopes of leaving the colony after his crimes. Bella is surprised by Strego’s presence, but before she can confront Strego about Chill’s murder, Tomm intervenes. Strego directly speaks with Tomm. It is implied that Tomm had promised Strego a ride to earth. However, Tomm shoots Strego in the head and kills the man. Tomm then attacks Bella, who uses The Singer to save herself.

Tomm is hospitalized, and his connection to Strego remains unknown. Later, Bella learns that the extremist group Terra has an agent on the moon colony. Tomm and Strego are likely connected to this extremist group. Strego was probably only a pawn in the larger scheme. Therefore, Tomm finished him after Strego completed the task assigned to him.

Read More: Is Moonhaven Based on a Book?