Christopher Nolan’s New Movie Might Be a Romantic Thriller [Update] 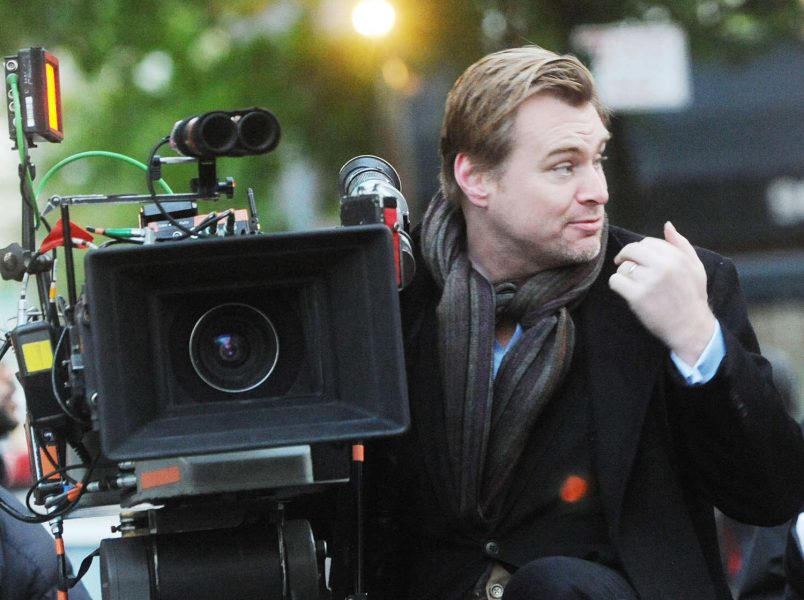 Update: Warner Bros. representative has informed us that this news report is false. We will update this article as soon as we have more information.

Christopher Nolan‘s new movie might not have an official synopsis yet, but we do know that it is going to be a romantic thriller and has been described as somewhat of a cross between Alfred Hitchcock‘s acclaimed movie ‘North By Northwest’ and Nolan’s own ‘Inception’. This news was first made known by Production Weekly on their official Twitter account. While this information is still vague, it gives fans something more to go on before the film hits theaters.

The untitled Nolan project will see Hoyte van Hoytema return as the director of photography. Hoytema had previously worked with Nolan on ‘Interstellar’ and his last film, ‘Dunkirk’. However, Collider has contested the veracity of this news, stating that a trusted source has told them the information provided by Production Weekly is not true.

Even if this does not hold true, we still know some more news than before regarding Nolan’s upcoming project. For starters, we had only known that Nolan’s new movie would probably hit theaters on July 17, 2020. It was described by Warner Bros. as an ‘event film’ although most details were kept strictly under wraps. However, on March 5, more information emerged as Nolan was speaking to the exhibitors who had gathered for the annual UK Cinema Association conference that is held in London. The director of the Dark Knight trilogy confirmed that he would soon begin filming for his next project, that is the upcoming untitled film. Although he stopped short of revealing much more, ScreenDaily reports he appealed to the exhibitors present, saying, “will certainly be asking [exhibitors] to really help us, and asking you to be our partners in terms of putting on a show for the audience and giving them a reason to come out for the evening, and engage with the world of cinema which we all love so much”.

When it comes to channeling ‘North By Northwest’, Nolan’s sensibilities as an artist must have been piqued by the master of suspense, Hitchcock. The film itself is a crowdpleaser that does away with the darkness that pervades some of Hitchcock’s other popular works like ‘Psycho’ and ‘Vertigo’, instead opting to go with a lighter tone where the violence and murder taking place on screen is less disturbing for audiences. It will be interesting to see how Nolan adapts this and gives it his individual spin.

Considering the fact that Nolan is a more cerebral and often cold director, we have our doubts about whether he can replicate the tenderness and human contact that underlies a romance, on screen. However, this is not to say that Nolan cannot crack this genre, since he had never made a war film before ‘Dunkirk’ but when he tried his hand at it, it was an immense success, replicating the claustrophobic tension that sets the tone for a climactic moment in World War II. Over his successful career, Nolan has tried his hands at various genres, from sci-fi movies like ‘The Prestige’ and ‘Interstellar’ to comic book adaptations like the Dark Knight trilogy, and has even recently tried his hand at a war drama. Since Nolan can deliver moments that are emotionally charged and stand out to the audience, he might not be completely out of his element in dealing with a romantic thriller. We have to see how one of the best directors of our times takes a crack at this genre. One thing is for certain, Nolan’s upcoming movie is going to have fans waiting in anticipation and will undoubtedly be one of the biggest cinematic offerings of 2020.