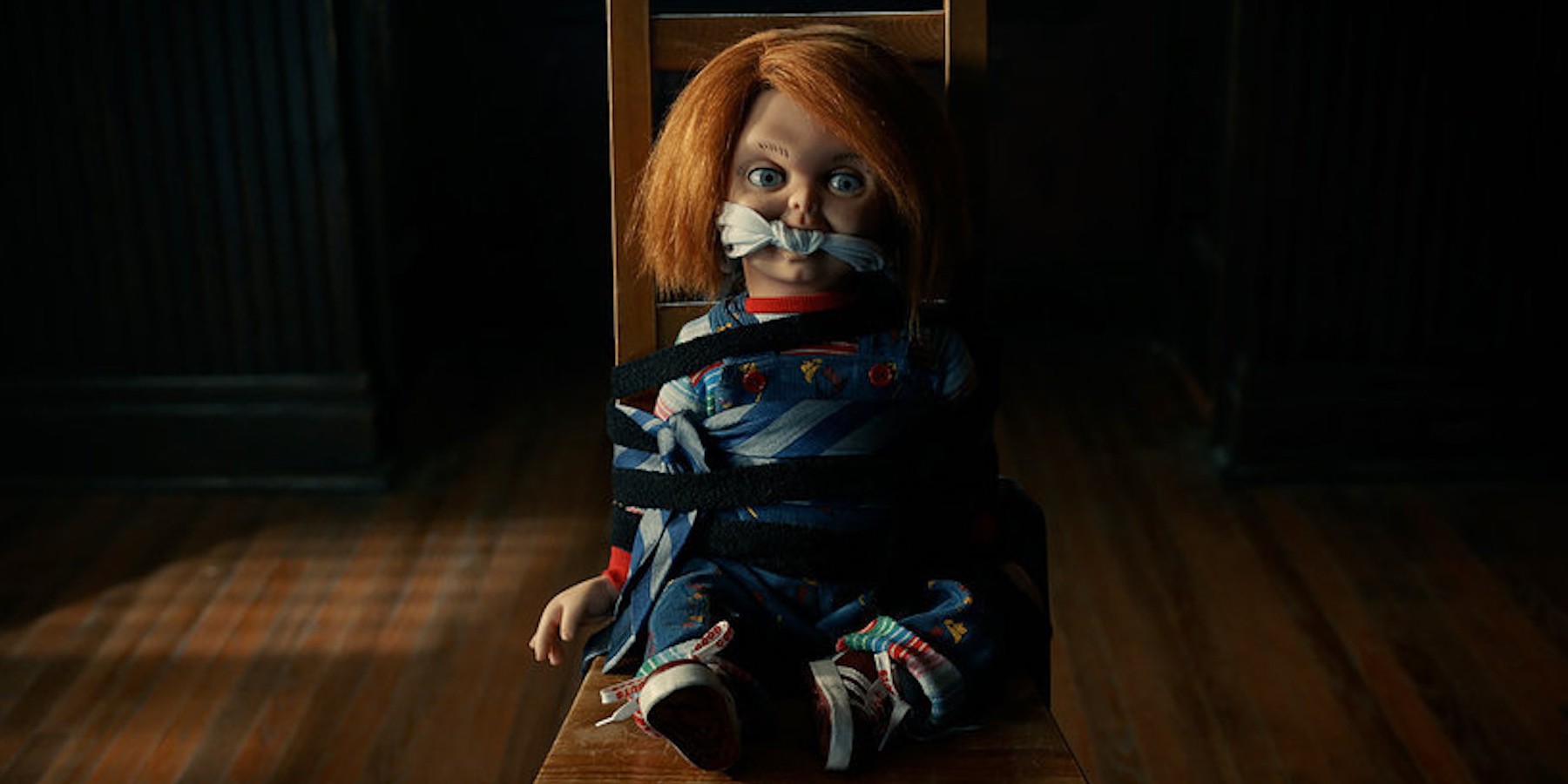 The third episode of ‘Chucky‘ season 2 focuses on Jake, Devon, and Lexy as the teenagers face the monumental task of torturing the captured Chucky. The episode, titled ‘Hail Mary!,’ sees the trio deciding how to extract information from the Good Guy doll in their possession. The episode pays homage to the classic horror film ‘A Clockwork Orange’ directed by Stanley Kubrick, with Jake and friends getting creative with their torture ideas. If you wish to catch up on the episode’s events and ending, here is everything you need to know about ‘Chucky’ season 2 episode 3! SPOILERS AHEAD!

The third episode, titled ‘Hail Mary!,’ starts with Chucky bound and gagged inside Lexy and Nadine’s room. Jake, Devon, Lexy, and Nadine contemplate what they must do with their captured enemies. They question Chucky about his plans and want answers about the survival of the Good Guy dolls after Andy Barclay drives them off a cliff. However, the notorious Charles Lee Ray spirit inside the doll refuses to answer them. The group realizes that threatening Chucky will not work and devise an alternative solution – brainwashing. 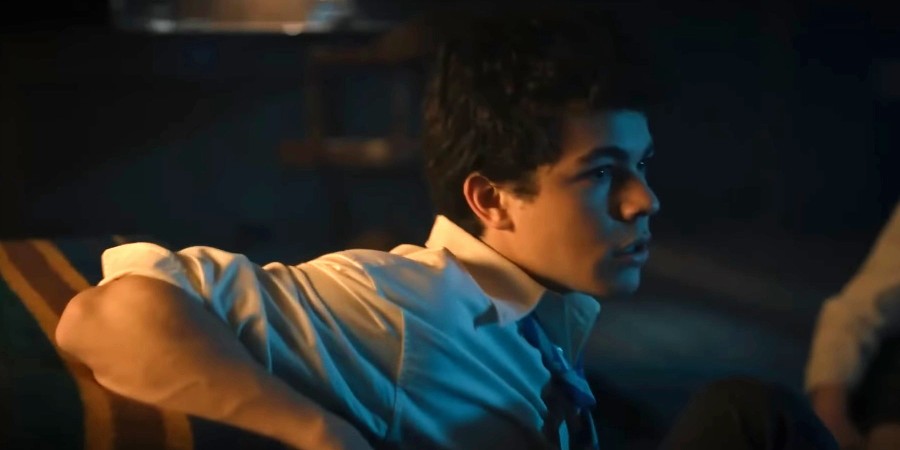 The group forcefully shows Chuky footage of gore and violence until a point where the doll feels nauseous and vomits. As a result, the group’s plan works, and this particular Chucky is cured of his violent tendencies. The doll becomes nicer and adorably interacts with the group becoming Nice Chucky in the process. However, because of the brainwashing, Chucky no longer remembers its actual plan.

Meanwhile, another Chucky doll is delivered to the school. Trevor tries to bully Lexy, but she manages to put him in his place. However, Lexy suffers from withdrawal after running out of her drug stash. He confides about her drug problem in Nadine, who comforts her roommate. On the other hand, the new Chucky doll lurks in the school and claims its first victim, Father O’Malley. Chucky strangles Father O’Malley with the latter’s rosary beads in the confession chamber.

Elsewhere, Father Bryce sees Jake and Devon kissing and punishes Devon for a different reason. Father Bryce is clearly not a supporter of the LGBTQ+ community. The Nice Chucky leaves Nadine’s room and sets out on another mission. Jake, Devon, Lexy, and Nadine learn about Chucky’s disappearance from the dorm room. As a result, they start a search for the doll. Simultaneously, Trevor plans his revenge on Lexy.

Chucky Season 2 Episode 3 Ending: Is Trevor Dead? Where Is Chucky?

In the episode’s final act, Trevor decides to land Lexy in trouble. Trevor is the bully of the Incarnate Lord premises and takes a particular dislike to Lexy through no fault of her own. The dynamic mirrors that between Lexy and Jake early in the first season. Trevor learns about Lexy’s drug use and makes a plan to exact his revenge on her. He takes a small bag of drugs to Lexy’s room and plants it in her desk drawer. However, before Trevor can leave the room, Chucky attacks him. The doll impales Chucky and leaves a giant gaping hole in his torso. 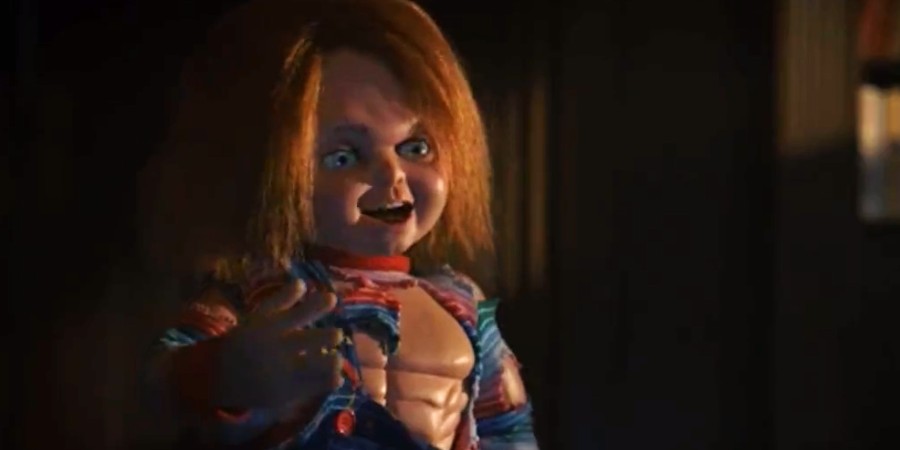 Meanwhile, Lexy and Nadine return to their room only to find Trevor dead on the floor. Chucky’s brutal attack leaves the teenager with no chance of survival, and he succumbs to his wounds. However, Lexy and Nadine cannot be caught with Trevor’s body. The girls realize that Sister Ruth is on her inspection round and can knock on their door any moment. Therefore, Lexy and Nadine quickly shift Trevor’s body and hide it safely to avoid suspicion.

Elsewhere, the Nice Chucky sits in Father Bryce’s room, waiting for the priest to respond. However, the episode ends by revealing that the other Chucky is sitting in Bryce’s seat. Unlike the Nice Chucky or the other Chucky variants we have seen in the show so far, this one is bulked up and looks menacing, complete with six-pack plastic abs. Hence, Jake, Lexy, Devon, and Nadine are in far deeper trouble than they could possibly imagine.