Is Chucky Based on a True Story?

Don Mancini’s ‘Chucky’ is a slasher horror television series on Syfy and the USA Network. It follows the terrifying misadventures of teenager Jake Wheeler and his “Good Guy” doll named Chucky, which is operated by the soul of serial killer Charles Lee Ray. Set in the world of the ‘Child’s Play’ franchise and acting as a sequel to the 2017 film ‘Cult of Chucky,’ the series focuses on Jake, a gay middle schooler who is constantly bullied, and his passion for all things art, including — and especially — dolls. As the town of Hackensack faces a series of gory killings, Jake confronts the truth about his doll.

Starring Zackary Arthur (Jake Wheeler), Brad Dourif (voice of Chucky), Devon Sawa (Logan Wheeler/Lucas Wheeler), Fiona Dourif (Nica Pierce), and Alex Vincent (Andy Barclay), ‘Chucky’ is a frightening deep dive into one doll’s world that fans have been obsessed with since the late 1980s. While it’s easy to dismiss all things spooky on-screen as fiction, many wonder whether ‘Chucky’ has some truth to it. Is ‘Chucky’ based on a true story? Is there actually a murderous doll somewhere out there? Or is Chucky’s story just a brilliantly crafted tale a little too good at scaring children and adults alike? Let’s find out!

Is Chucky Based on a True Story?

No, ‘Chucky’ is not based on a true story. To understand the roots of this infamous red-haired blue-eyed doll, it is important to look at the beginnings of the ‘Child’s Play’ franchise. The very first Chucky film, titled ‘Child’s Play,’ came out in 1988. It was helmed by Mancini, producer David Kirschner, screenwriter John Lafia, and director/co-writer Tom Holland. Mancini wrote the first script of the franchise — not knowing it would become a franchise — during his years as a film student at the University of California, Los Angeles. 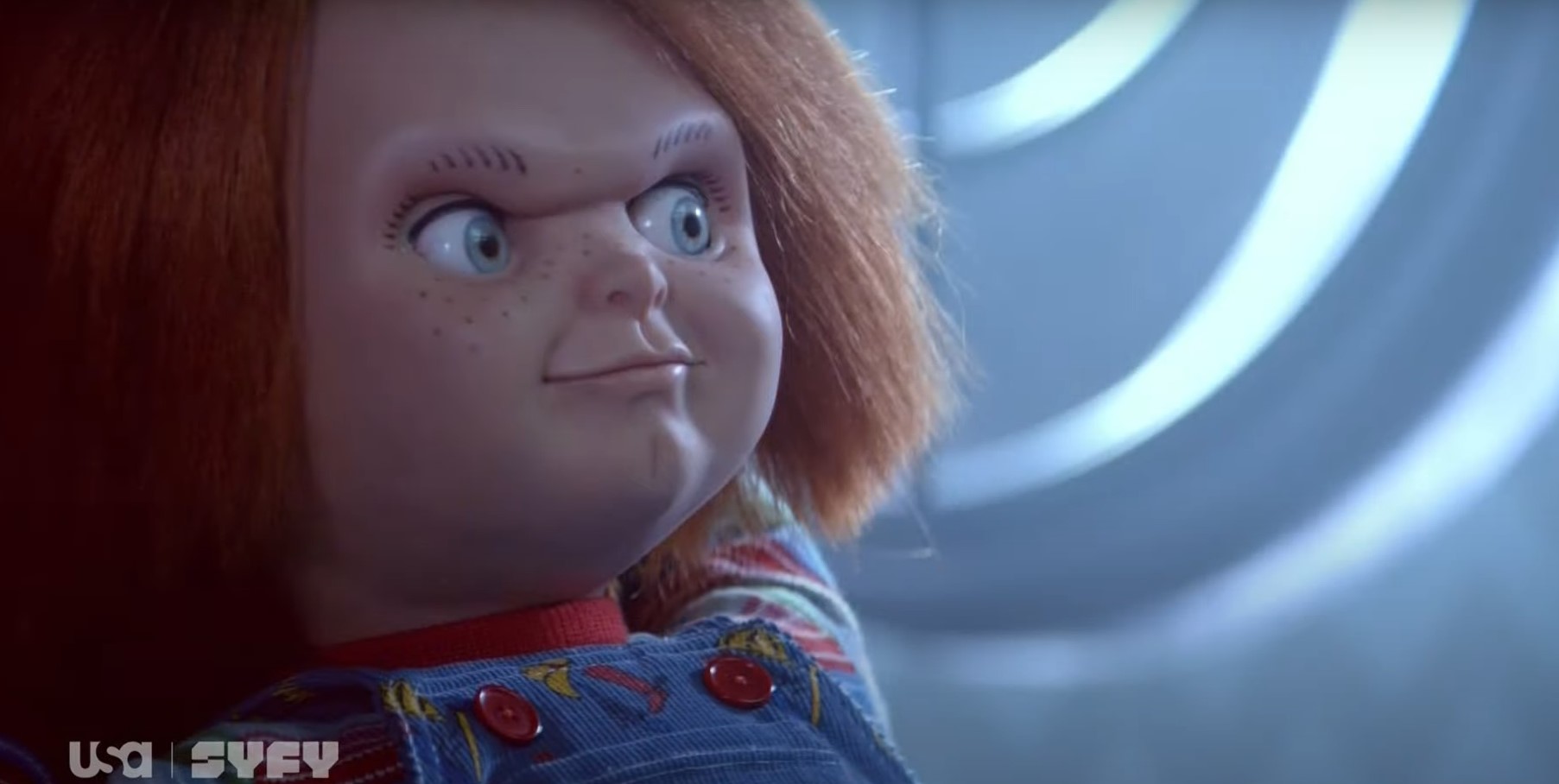 “The idea was always to have this story about a little boy crying wolf about his doll, and that doll becomes this f-bomb dropping, wisecracking terror,” said Mancini, who had closely observed horror tropes pertaining to dolls and dummies as seen in the likes of ‘The Twilight Zone’ and ‘Trilogy of Terror.’ Kirschner came across Mancini’s screenplay and immediately optioned it.

“In the original premise, Chucky — or Buddy as he was called then — was not possessed by a serial killer. Instead, in my script, the supernatural inciting incident was different,” Mancini highlighted. So how did a murderer come to reside in the doll? We’ve got Kirschner to thank for that. He believed that emulating the terror that serial killers like Charles Manson inspire would work wondrously for the frightening doll.

“That’s what brings the character to life from flesh — or plastic in this case — to a moving thing, a monstrous psycho whose soul is stuck in that of the doll,” stated Kirschner. Holland too explained how the idea of a mother trying to defend her son, who is being accused of ghastly murders, greatly appealed to him. To make the story work, he created the character of Charles Lee Ray, who inhabits the doll.

However, the story goes beyond a simple killer doll. Interestingly, the ‘Child’s Play’ franchise is actually a satire on the world of consumerism and marketing. With thousands of toys being developed for children and spreading like wildfire to other consumer sectors (like food and technology), Mancini realized how marketers would do anything and everything to sell to kids, to make them dependent on their toys.

“The idea was that when you’re playing with the doll, if you played too rough with it the latex skin would break and then this blood would start to seep out, so you had to go out and buy official Good Guy band-aids to put on. It was just a way to sell products,” he said. He added that his father’s experiences in the world of pharmaceutical advertising greatly impacted the plot of the first film, ‘Child’s Play.’ “I wanted to write a dark satire about how advertising affects children,” he said on the Post Mortem Podcast by Mick Garris.

Nevertheless, Chucky’s fictional tale gets slightly unnerving when Robert the Doll, a real-life doll claimed to be possessed and on display in a glass case at the Fort East Martello Museum in Key West, Florida, is taken into consideration. Legend has it that Robert “Gene” Eugene Otto, of Key West, was gifted the doll in 1906, and there may have been some spells cast on it. Gene immediately became extremely attached to the doll, naming it after himself and carrying it with him everywhere.

The 40 inches tall doll — dressed in a sailor suit and stuffed with excelsior — then allegedly became responsible for a series of terrifying events. After Gene passed away in his old age, Robert the Doll was locked up in the attic. The Museum currently housing the doll notes that several workers claimed that the doll’s presence causes cameras to malfunction. Is there something truly paranormal here, or is it just a legend manifesting itself through the fears of the public? We can’t say for sure, but it certainly is fascinating.

The creators of the ‘Child’s Play’ franchise, including the television series ‘Chucky,’ have not confirmed whether Robert the Doll’s story played any role in Chucky’s. However, it does not seem as though Chucky could have been inspired by Robert the Doll. Mancini has often mentioned that the craze around the Cabbage Patch Kids and the My Buddy dolls were the inspiration behind Chucky. It seems that parallels between Chucky and Robert the Doll stem simply from their coincidental similarities and appealing supernatural twist.

Thus, Chucky is simply an expertly crafted horror character, with such a strong potential for spreading terror that it keeps reappearing in popular media. “I think that’s the thing with Chucky. We’ve found out that he’s such a versatile character, and we can use him in horror, we can use him in comedy, and we can use him in combinations thereof,” said Mancini. “One of the things I’ve wanted to do over the last five years is to start to build a denser Chucky multiverse over a different kind of media.” Chucky isn’t going to be locked up in a glass case any time soon!

Movies like ‘Annabelle,’ ‘Sabrina,’ and ‘The Boy’ all deal with dolls that come to life. There is something inherently unsettling about an innocent plaything revealing itself as the ultimate vessel of evil. The ‘Child’s Play’ franchise certainly launched this trend of the doll-to-devil trope, with the television series ‘Chucky’ being a testament to its popularity and longevity. A little bit of satire, a little bit of artistic genius, and a whole lot of fear on the fans’ part make Chucky the doll successful, iconic, and practically immortal. ‘Chucky’ might not be rooted in reality, but it certainly makes us fearful of ours.