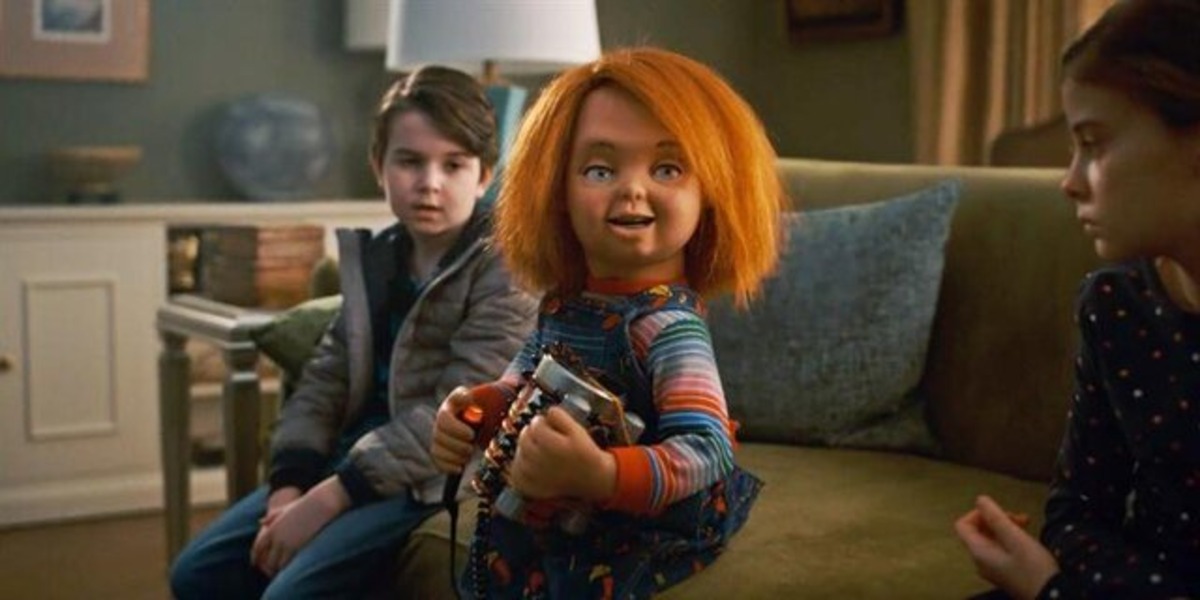 ‘Chucky‘ returns with its second season as viewers get to catch up with Jake, Devon, and Lexy after the narrow space from an army of killer Chucky dolls. The season 2 premiere, titled ‘Halloween II,’ takes us back to Hackensack, but the visit is not all pleasant, as the teenagers are dealing with severe PTSD. Moreover, the murderous serial killer Charles Lee Ray who lives inside the Chucky dolls, is still lurking in the shadows. Therefore, viewers must be curious to learn what new challenges Jake and his friends face. If you wish to catch up on the episode’s events and ending, here is everything you need to know about ‘Chucky’ season 2 episode 1! SPOILERS AHEAD!

The second season premiere, titled ‘Halloween II,’ opens with the aftermath of Andy hijacking the truck full of Chucky dolls. However, he is held at gunpoint by the Tiffany doll. In the ensuing scuffle, Andy distracts Chucky and drives the truck off a cliff, hoping to destroy all the dolls. Meanwhile, Jake is moving in with a new foster family. He leaves Hackensack and bids goodbye to Devon. The story then skips six months forward in time as Jake now lives in Salem, New Jersey. He has a younger foster brother, Gary, and lives two hours away from Hackensack. 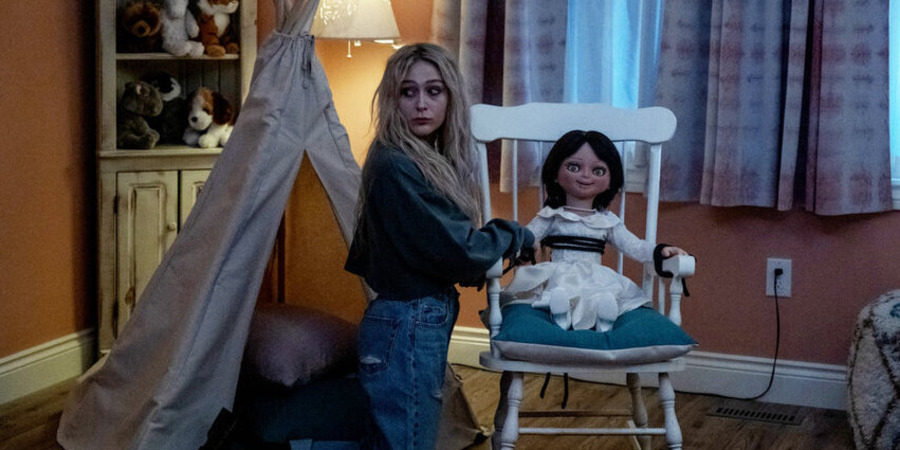 On Halloween night, Jake’s foster family forbids him from going to meet Devon in Hackensack. Meanwhile, Lexy and Caroline receive a gift, and the delivery person resembles Chucky. Devon and Jake receive a video call of the delivery. Devon informs the police, and the girls realize that Chucky might be lurking around their house. Therefore, they ask the police to remain with them until their mother returns. Later, Lexy and Caroline attend a therapy session, revealing that Caroline is dealing with pediophobia, fear of dolls. The therapist gives Caroline a new doll named Belle.

After the session, the girls return home, and Lexy warns Caroline not to trust any dolls. Meanwhile, Jake takes Gary trick-or-treating and arrives in Hackensack to reunite with Devon. The boys head to Lexy’s home to check in on her and learn that Caroline has warmed up to Belle. After the gift scare, Lexy tells the boys that it is likely just a prank. The incidents in Hackensack earned the group local fame, and someone is just messing with them. Lexy excuses herself from the room and consumes some pills revealing that she is addicted to drugs. Meanwhile, Gary arrives at Lexy’s house. To the shock of Jake and Devon, he is holding a Chucky doll.

Jake and Devon realize that they are in deep trouble after CHuky shows up at Lexy’s house. The episode begins with Andy driving off the cliff with the Chucky dolls. Andy likely hoped that his sacrifice would mean the destruction of all the Chucky dolls. However, Chucky’s return implies that Andy’s sacrifice might have been in vain. The serial killer doll still has some counterparts lying around and is ready to torment the teenagers again. 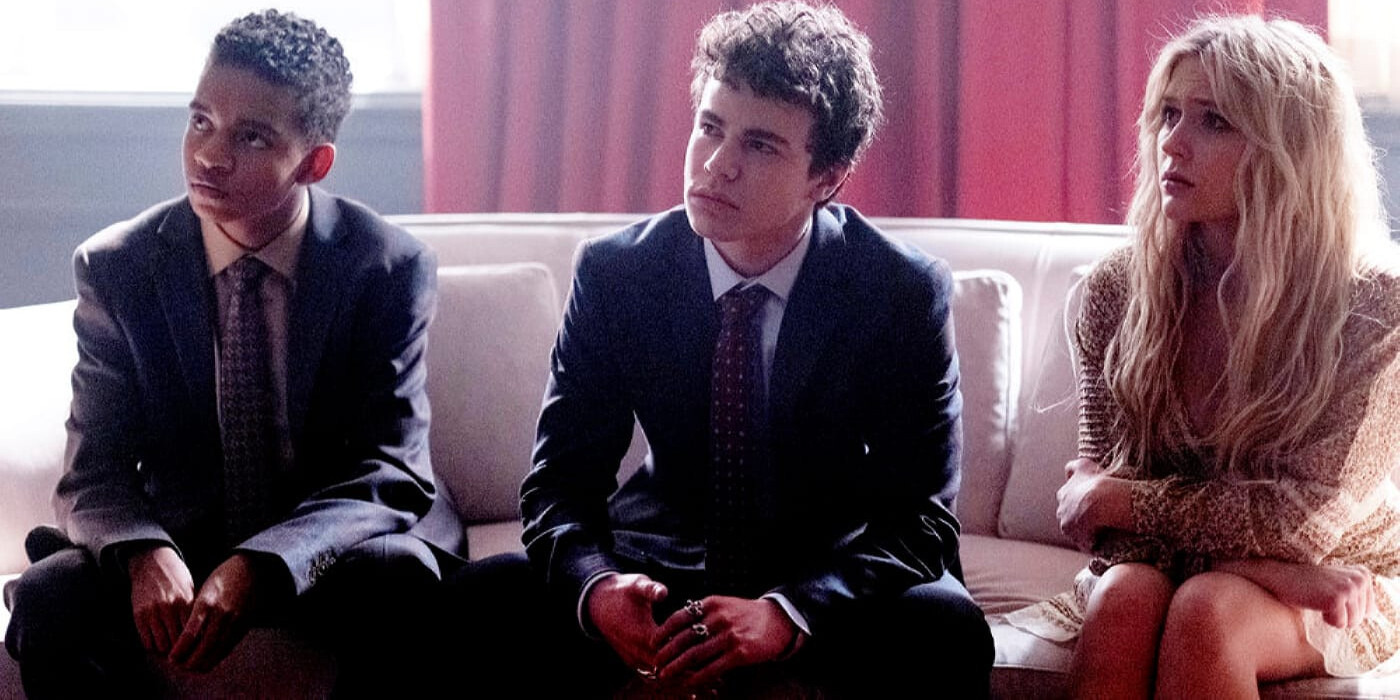 Chucky reveals that he orchestrated the episode’s events to bring Jake, Devon, and Lexy all under one roof. The teenagers foiled the doll’s masterplan in the season 1 finale. Moreover, they dealt heavy damage to Chucky’s cult. Therefore, Chucky has a special axe to grind with them. Chucky wants to kill the trio together and is prepared to do so with a bomb. However, he waits for Lexy to return from the bathroom before he can detonate the bomb. Jake and Devon fail to distract Chucky before Lexy returns to the room.

When Lexy returns, she is able to distract Chucky despite being high. The momentary distraction is enough for young Gary to leap into action and steal the bomb away. Gary hides in the kitchen with the bomb. However, Chucky detonates it and kills the young boy. Gary sacrifices himself to save Jake, Devon, and Lexy. While the teenagers survive the bomb explosion, they are in deeper trouble than ever.

In the episode’s final moments, Jake, Devon, and Lexy find themselves at the center of another grisly death. No one is ready to believe their killer doll story, so their fates rest in the hands of the authorities. The detective investigating the case and Lexy’s therapist discuss the situation and decide they need special attention. Therefore, the trio is sent to a school for troubled kids.

The episode ends with Jake, Lexy, and Devon arriving at the school. The place is none other than Charles Lee Ray’s childhood foster home. The house was an orphan boarding school before Charles Lee Ray enacted his murderous traits on the property. Hence, Jake, Devon, and Lexy will likely find themselves out of their depth in their new surroundings.