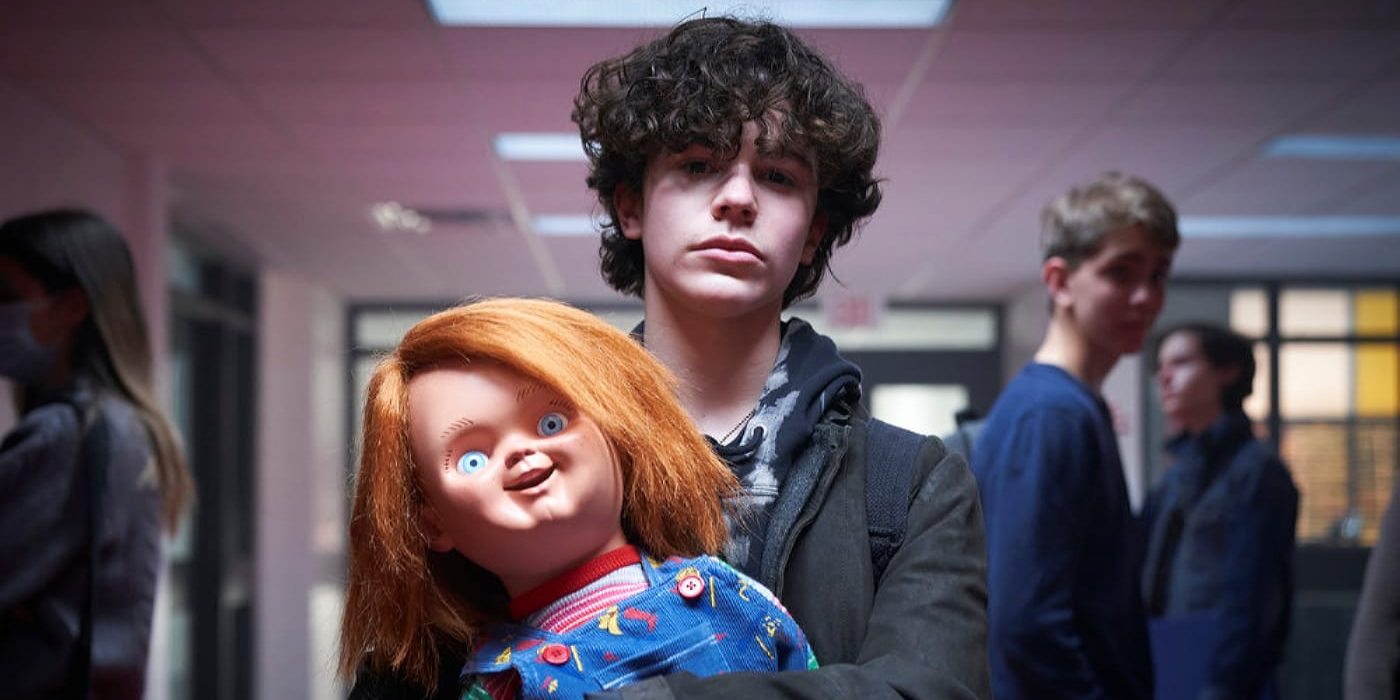 ‘Chucky’ is a slasher horror series that follows the titular serial killer doll who unleashes his reign of terror on the quiet town of Hackensack. Created by Don Mancini, the television series is based on the popular ‘Child’s Play’ film series and serves as a sequel to ‘Cult of Chucky.’

The first episode introduces us to Jake Wheeler, a lonely middle schooler who buys the Chucky doll at a yard sale. The series is clearly designed to appeal to a broader audience. Still, new viewers might find it challenging to understand some of the obvious references to the franchise’s lore in the first episode. Likewise, for fans of the franchise, Chucky may be up to his usual bloodshed but not without some fresh twists along the way. Here’s everything you missed in the premiere episode, including some insights about the ending of ‘Chucky’ episode 1. SPOILERS AHEAD!

The premiere episode (titled ‘Death by Misadventure’) follows Jake Wheeler, a 14-year-old closeted gay boy who purchases a doll named Chucky from a yard sale for a sculpture he is making from assorted doll heads. Jake’s father, Lucas (who turned into an alcoholic after Jake’s mom died), disapproves of Jake’s interest in art and fears his son is gay. After an unpleasant dinner with Jake’s cousin, Junior, Lucas destroys Jake’s sculpture. However, Chucky is unharmed. Jake decides to sell the doll.

At school, Junior and his girlfriend, Lexy, bully Jake. During a biology class, Chucky performs a dissection of a frog and scares Lexy. Jake leaves the doll at school, but Chucky finds his way home. Jake receives an anonymous call from a man warning him about Chucky’s serial killer tendencies. After learning of the doll’s truth through the internet, Jake throws it away. However, Chucky appears at the school talent show. He teams up with Jake to teach Lexy a lesson. The two perform a ventriloquist act insulting Lexy.

Jake returns home only to learn from his dad that he has been suspended from school. Jake and Lucas have a disagreement, and Lucas hits his son. After Jake goes to his room, Chucky electrocutes Lucas and kills him. Jake is taken in by Junior’s family and takes Chucky along with him. Chucky reveals that he killed Lucas and hints Lexy is his next target. The episode closes by revisiting the opening scene set in 1965, where a woman brushing her hair is stunned by her son, Charles.

Chucky Episode 1 Ending: Who Is Charles?

In the episode’s closing moments, we get a glimpse of a young boy named Charles with his mother. Charles is none other than Charles Lee “Chucky” Ray, a notorious criminal and serial killer who transfers his soul into the Good Guy doll in order to evade law enforcement. Charles’ transformation into the doll takes place many years prior to the show’s events, as seen in the very first film of the franchise 1988’s ‘Child’s Play.’ 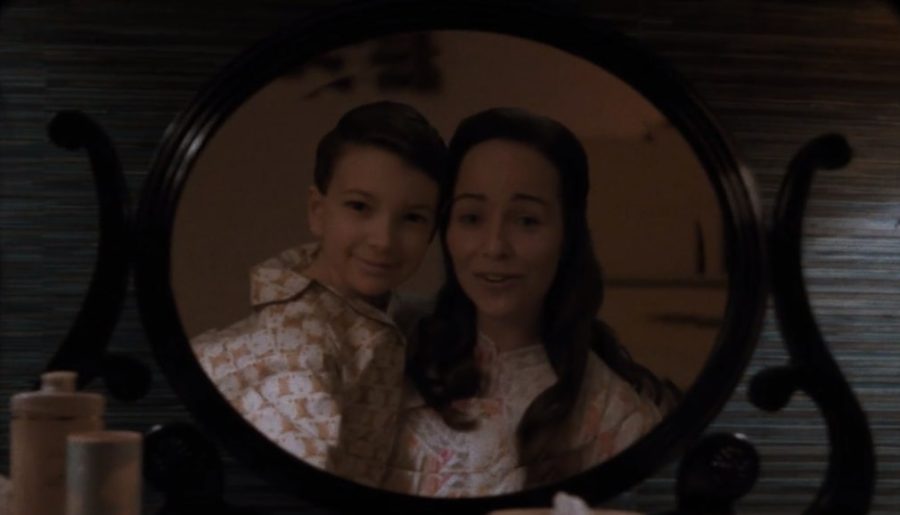 The premiere episode marks the first time we are getting a look at the early days of Charles. Most of the films focus on Charles as Chucky and only depict his adult human form, albeit very briefly. During the opening moments of the episode, Jake’s friend, Devon, who runs his own true-crime podcast, gives some details about the life of Charles Lee Ray before he would reside in the doll.

Devon reveals that Charles was born and brought up in Hackensack. His family was murdered in 1965, giving rise to his homicidal tendencies. Therefore, Chucky returning to his native town to restart his murderous trail is an exciting note to kick off the series on, with the promise of a thorough exploration of Charles’ origin story.

Halfway through the episode, an oblivious Jake, who is puzzled by the doll’s strange behavior, receives a call from an unknown number. The person on the other side of the call enquires about the doll. The voice asks whether the doll is named Chucky. The mystery person warns Jake that the doll is dangerous and urges him to note the doll’s patterns. This person seems to know a lot about Chucky, and that itself is proof of their identity. The anonymous caller is none other than Andrew William “Andy” Barclay.

Longtime fans of the franchise will undoubtedly recognize the voice of Andy. However, for the uninitiated, Andy is Chucky’s first target in his doll form and torments the boy for many years. As an adult, Andy makes it his personal mission to make Chucky pay for his crimes. Andy is Chucky’s arch-nemesis and one of the franchise’s most beloved characters. Andy’s presence in the series hints at another showdown between the longtime foes.