How Many Killer Dolls are There in Chucky? 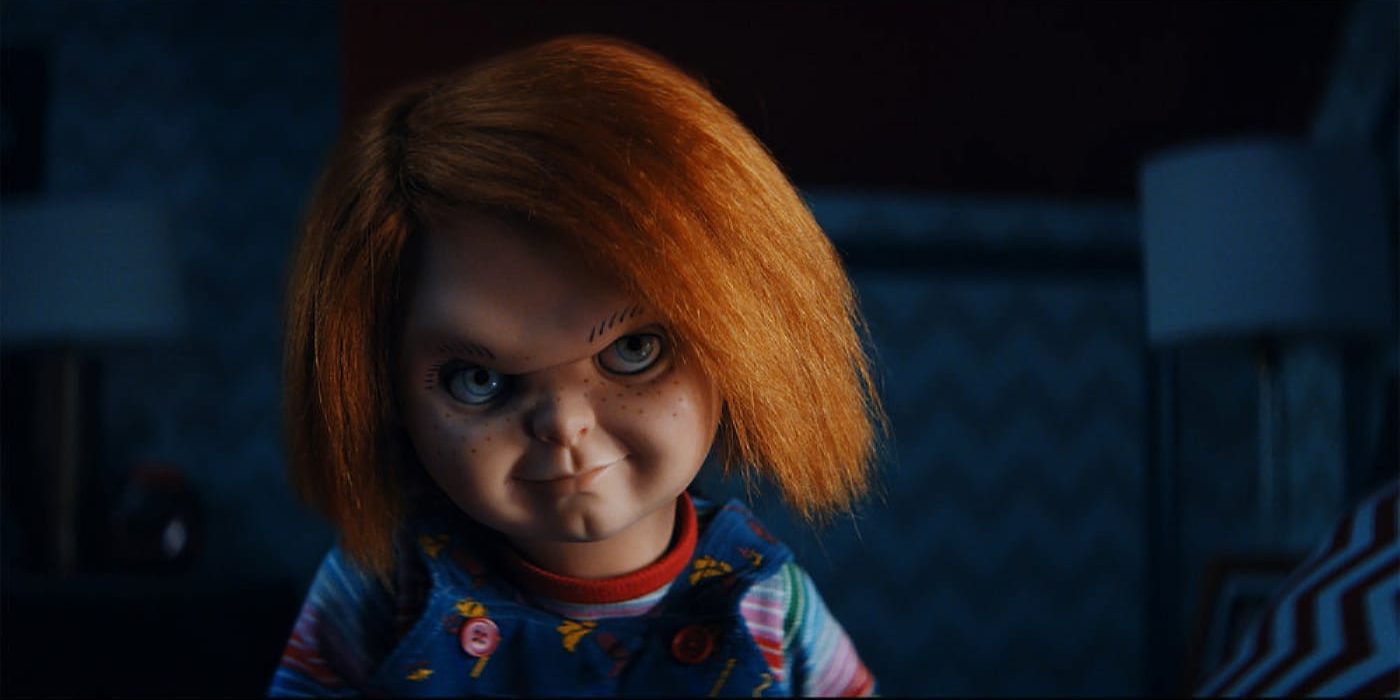 ‘Chucky’ brings the eponymous serial killer doll to our television screens for the first time. The horror series is based on the ‘Child’s Play‘ franchise, which revolves around the serial killer Charles Lee Ray aka Chucky, who has transferred his spirit into a Good Guy doll. In the series, Chucky returns to his hometown of Hackensack and befriends teenager Jake Wheeler. As the story progresses, the doll tries to coerce Jake into becoming a killer like him.

The intriguing setup allows the show to delve into Chucky’s past while also tackling themes like alienation and psychological trauma. While these new additions to the franchise are enjoyable long-term fans must also be craving for more inclusion of Chucky’s lore. The same is teased in the fourth episode of the show with the presence of another killer doll looming in the shadows. let’s examine the curious case of the killer doll (or should we say dolls?) in ‘Chucky.’

How Many Killer Dolls are There in Chucky?

In ‘Chucky,’ Jake Wheeler picks up a seemingly harmless doll from a yard sale for his sculpture. The doll actually houses the spirit of serial killer Charles Lee Ray aka the Lakeshore Strangler. Chucky begins to terrorize those around him and commits gruesome murders. In the third episode, he targets Jake’s bully, Lexy Cross, but things get out of hand, leading to a fire at Lexy’s house.

After the fire, the teenagers partying at the house are taken to the hospital, and one of them is Jake’s cousin and Lexy’s boyfriend, Junior Wheeler. While preparing for his medical examination, Junior is given anesthesia and sees Chucky running across the hall. However, just moments later, we see Lexy and Jake entering Lexy’s home to find Chucky. Chucky is present there and once again tries to manipulate Jake into killing Lexy, but Jake relents.

Here’s where things get interesting because if Chucky were present at the hospital, it would be near impossible for him to reach Lexy’s house almost as soon as the teenagers arrive there. Therefore, it is possible that the doll Junior sees is a different one. Chucky has never attacked Junior, nor is he aware of the doll’s history. Hence, it is unlikely that what he saw was a hallucination.

Fans of the franchise must be aware that the series is set after the events of 2017’s ‘Cult of Chucky.’ In the movie, Chucky learns how to split his soul and seal it into different bodies, thus creating his own cult. As a result, it is certainly possible that multiple killer dolls are roaming in the city. Given that Chucky’s body is badly burned in the fire, it is likely that he will seek out a new host.