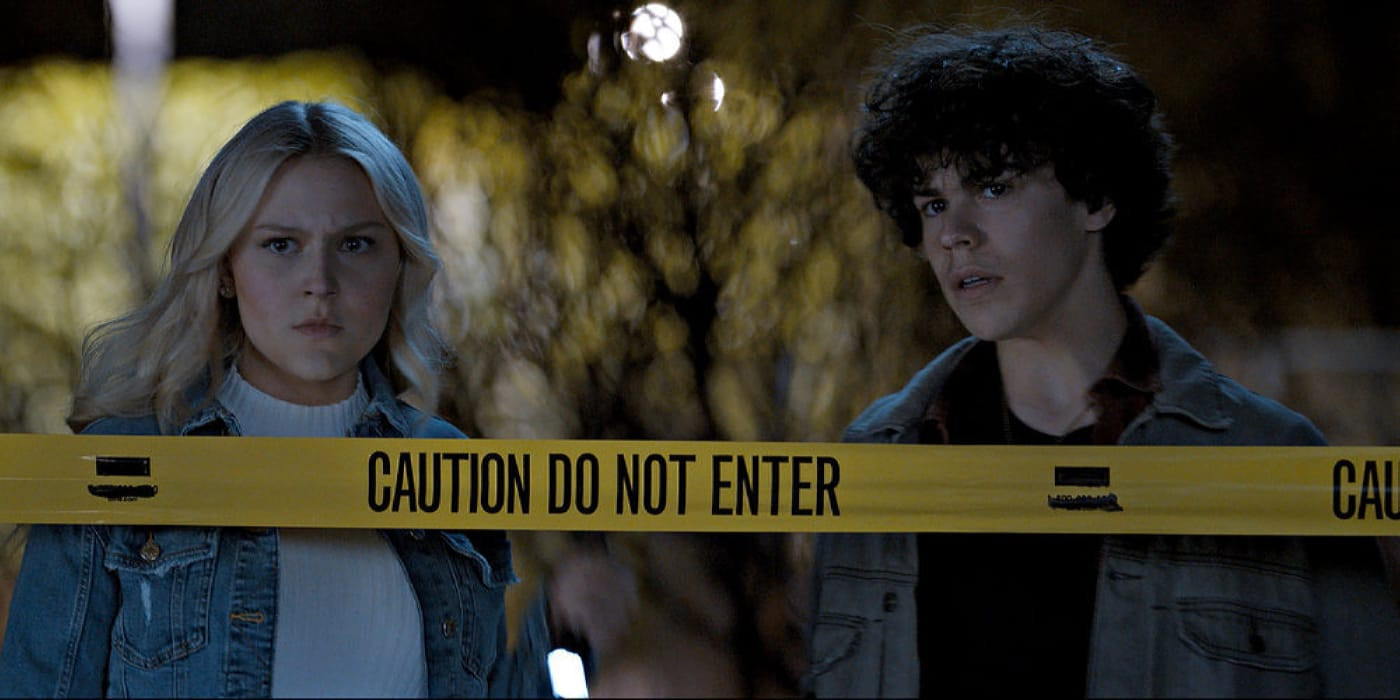 ‘Chucky’ focuses on the eponymous serial killer’s return to his hometown of Hackensack, where he unleashes his reign of terror by bonding with lonely teenager Jake Wheeler and targetting his friends. The horror series has the monumental task of expanding upon the iconic killer’s backstory and, in doing so, uses its episodic format to a great effect.

The fourth episode crafts a compelling narrative highlighting parallels between Jake and a young Chucky, aka Charles Lee Ray. We learn a little more about Charles’ past, while in the present, Chucky marauds a hospital in search of his next kill. We are sure viewers must have some questions about Chucky’s actions and backstory, and we have brought the answers with us. Here’s everything you need to know about the ending of ‘Chucky’ episode 4! SPOILERS AHEAD!

The fourth episode, titled ‘Just Let Go,’ opens with Jake arriving at the local hospital following the accident at Lexy’s home. Other than Oliver, all the other teenagers and Caroline survive. However, Caroline is in a catatonic state. Lexy confronts Jake about Chucky, and Jake confesses that he sent the doll to kill her. Lexy decides to tell everyone about Jake’s actions, but Jake warns her no one will believe her.

Lexy’s parents are enraged at her for her actions and ignore her warnings about Jake and Chucky. While leaving the hospital, Lexy’s parents get in an altercation with the Wheelers. Detective Evans cuts their argument short and reveals that Oliver’s death has been ruled as a homicide. She speaks with Devon and learns that Jake wasn’t at the party, but Chucky was.

Realizing that no one will believe her, Lexy teams up with Jake to search for Chucky. The two enter Lexy’s house, and Lexy questions Jake about why he wants to kill her. Jake has an outburst and causes Lexy to fall over the railing. However, he catches her at the last second. Chucky shows up and encourages Jake to kill Lexy. Jake refuses and saves Lexy. Detective Peyton arrives and takes Lexy, Jake, and Chucky back to the hospital.

Chucky Episode 4 Ending: What Happens to Caroline? Is She Dead?

Before Detective Evans can learn anything helpful from Jake, Chucky pulls the plug on Caroline’s ventilator causing everyone to rush to the ICU. As the doctors and nurses try to resuscitate Caroline, they discover Detective Peyton’s body. The episode ends with Chucky flipping off Lexy, Jake, and Devon.

The episode leaves Caroline’s fate undetermined, but we believe she is likely to survive. Caroline bonded with Chucky over the last few episodes. Therefore, it is unlikely that the doll will kill off one of the potential candidates he can brainwash into becoming a killer.

By the looks of it, it seems like Chucky only put Caroline at risk to draw attention to Peyton’s dead body while letting the teenagers know that they are his next target. Thus, Chucky once again proves how menacing he can be. Jake refusing to kill Lexy is likely to earn him the doll’s ire and sets them on a collision course.

Who Is the Kid With Charles?

When Devon researches about Charles Lee Ray’s past, he learns about Charles’ time at Burlington County Home after the death of his parents. In flashbacks, we see that at the house, Charles bonded with a young kid who idolized Charles. However, fourteen-year-old Charles killed the house’s janitor and showed the dead body to the young children. After the incident, Charles fled the home, but not before leaving a gift for his young friend.

The gift turns out to be the severed hand of the janitor, and the child’s name is revealed to be Eddie Caputo. For readers unaware of the franchise’s expansive lore, Eddie Caputo is the partner in crime of Charles Lee Ray, aka the “Lakeshore Strangler.” In ‘Child’s Play‘ (the first entry in the franchise released in 1988), Eddie leaves Charles for dead while the police pursue them. Charles transfers his soul into the Good Guy doll and swears revenge on Eddie.

The flashback scenes flesh out the bond between the two criminals and make their eventual confrontation even darker by revealing that Charles played an instrumental role in Eddie’s descent into crime and murder. The early relationship between Charles and Eddie underlines how manipulative Charles can be, and Jake isn’t the first person he has tried to turn into a killer.