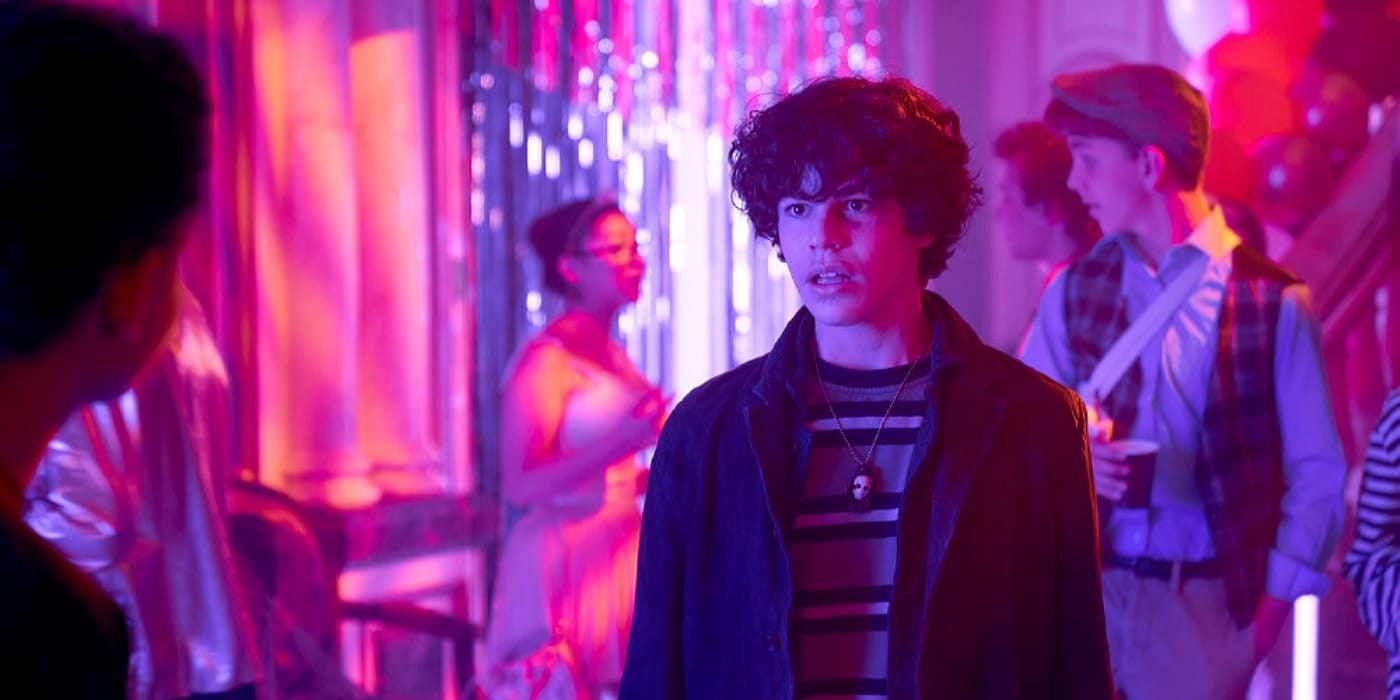 ‘Chucky’ follows the story of the eponymous evil serial killing doll in a new setting while maintaining the mythology created by the slew of films in the ‘Child’s Play‘ franchise that came before it. After a nostalgia-filled premiere episode, the horror series takes a sharp turn and quickly propositions itself as a bold entry in the slasher franchise. Episode 2 of the inaugural season follows Jake Wheeler, who is living with his uncle after his dad’s death.

Meanwhile, Chucky continues his murderous spree and prepares to strike his new target — Lexy. The second episode ends with a compelling moment that will certainly dictate the narrative and provide a fresh change of pace in the episodes to come. Here’s what happens in ‘Chucky’ episode 2 and what it means for Jake’s future. SPOILERS AHEAD!

The second episode, titled ‘Give Me Something Good to Eat,’ opens with a flashback to Halloween 1965, where we see a young Charles Lee Ray taking a bite of an apple from his candy collection that leaves a blood-like substance in his mouth. Moving to the present day, Devon informs the listeners of his podcast that crime rates in Hackensack tend to spike around Halloween.

Jake is still adjusting to life with his uncle’s family and Junior in particular. A week after his dad’s death, Jake returns to school and is invited to a Halloween party by his bully turned friend, Oliver. Meanwhile, back home, Chucky murders the housekeeper, Annie, and makes it look like an accident. Junior and Jake return home to find Annie’s dead body. The police arrive, and Detective Evans’ deputy suspects Jake has some connection to Annie’s death.

Jake condemns Chucky for killing Annie, but the sinister doll insists that it was an accident. However, Jake remains suspicious as Chucky urges him to kill Lexy. Bree and Logan discuss whether Jake has psychological issues due to his father’s abuse and trauma. Junior finds pictures of Lexy on Jake’s computer and warns Jake to stay away from his girlfriend. Junior leaves for Oliver’s Halloween party. Jake realizes that Chucky is headed for the party to kill Lexy and chases after him. Whether Jake saves Lexy or helps Chucky kill her makes up for the rest of the plot.

In the final act of the episode, Chucky arrives at the party and ends up bonding with Lexy’s younger sister, Caroline. He then looks for Lexy and sneaks under the bed while she and Junior make out. As Chucky tries to stab a knife into Lexy through the mattress, the teenagers keep fidgeting, causing the doll to miss. Eventually, the couple leaves. However, Chucky does get another chance to strike.

Shortly after leaving the room, Lexy unveils her costume. She is dressed like Jake’s dad to mock him and get revenge for insulting her at the talent show. The cosplay hurts Jake while the other partygoers laugh, adding insult to the teenager’s injury. Jake storms out but exclaims that Lexy must be punished for her actions and heads back into the house. Just as he is about to have an outburst in front of Lexy, he sees Chucky preparing to strike her. Jake swoops in and takes Chucky away, thwarting the doll’s plan of causing more bloodshed. In the end, Jake saves Lexy despite their mutual dislike for each other.

Will Jake Turn Into a Killer?

In the episode’s final moments, Chucky once again panders his kill or be killed philosophy to Jake. The teenager is visibly hurt by Lexy’s actions. Chucky instigates Jake to kill his nemesis and claims that she deserves to die. Chucky urges Jake to choose between being a killer or being killed, likening the world to a slaughterhouse. Chucky offers Jake his butcher’s knife, which the teenager holds. While that doesn’t necessarily mean Jake will turn into a psychopathic killer, a cryptic moment that follows does hint at it.

In the last shot, Chucky’s reflection on the knife is changed to that of Jake, which suggests that he has bought into Chucky’s philosophy. It is still too early to tell whether Jake will become a killer, but the ingredients are all present. A traumatic childhood, a slew of tragedy, being socially outcast and having a killer doll for a best friend all seem to suggest that Jake will turn into a serial killer sooner rather than later. That is unless someone well aware of Chucky’s threat steps in to steer the teenager on the right path.