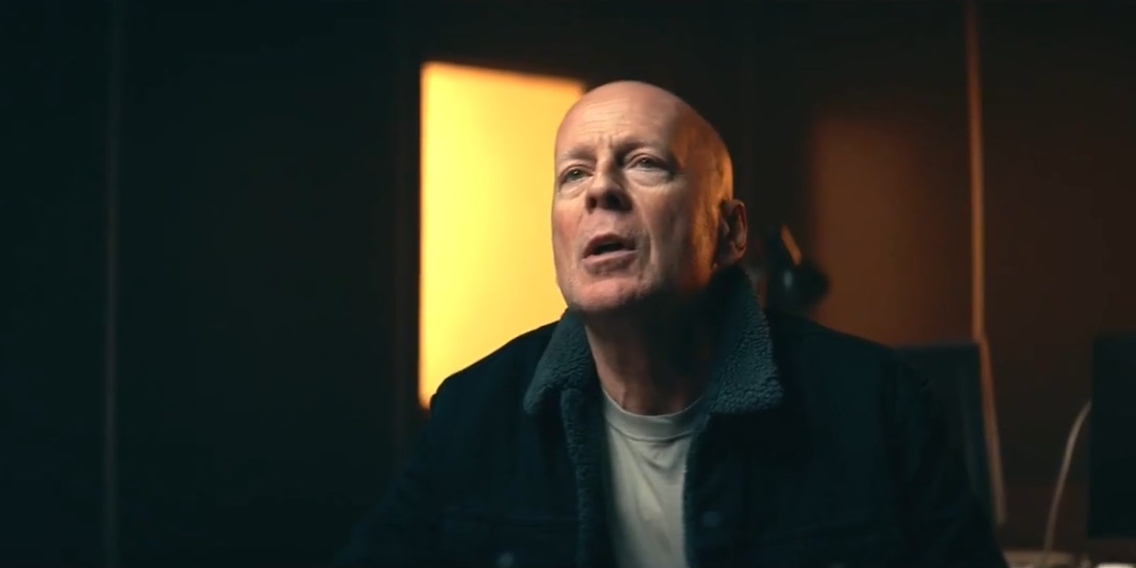 It is a hostile world. Director Edward Drake’s sci-fi venture ‘Cosmic Sin’ may no look much, but don’t be deceived by its seemingly kitsch production. The movie still packs an overwhelming amount of intergalactic action within its manageable duration of an hour and 28 minutes. The mind-bending story includes cosmic warfare sequences, time portals, alien movie cliches, and fun dialogues to keep things interesting. Behind the veil of its spectacular action, the story also posits some serious philosophical questions about war and colonization. With its ambitious tone and pop science set aside, the movie in itself is an epic and immersive journey filled with fun, but not without foibles.

With an impressive cast led by Bruce Willis, Frank Grillo, and Perrey Reeves and backed by a guiding score, the film definitely deserves a watch. The story begins with the first sighting of aliens on a faraway planet in the year 2524. When a rescue mission goes awry, the Blood General comes back from hiatus, and he wants annihilation served on a plate. After twists and turns and some old-school gunfights, the story comes to a well-rounded finale. Most of the people are dead and scattered across the universe. A planet is also almost destroyed, but humanity lives to see another day. If you seek to decode the ending, let us delve right into it. SPOILERS AHEAD.

In 2031, humans establish a colony on Mars. The omnipotent Alliance between Earth, Ellora, and Zafdie is formed, and humans colonize the entire universe. At least, that is what they believe. The colony on Mars falls, and the Alliance governs the human settlements. Zafdie fights for freedom, but the “Blood General” of the Alliance, James Ford, drops a q-bomb on the planet, effectually eradicating its entire population.

The present story begins on claimed planet 4217LYA in the Heracles System and zooms in on a small settler base of Vander Corp in the middle of nowhere. Security officer Felix dies in a possible encounter with mind hacking aliens. His fellow captain Juda Sayle sends a message to Alliance reporting the sighting. On the eve of thanksgiving, everyone wants to leave the office and spend time with family, but the breaking of the news changes the atmosphere. 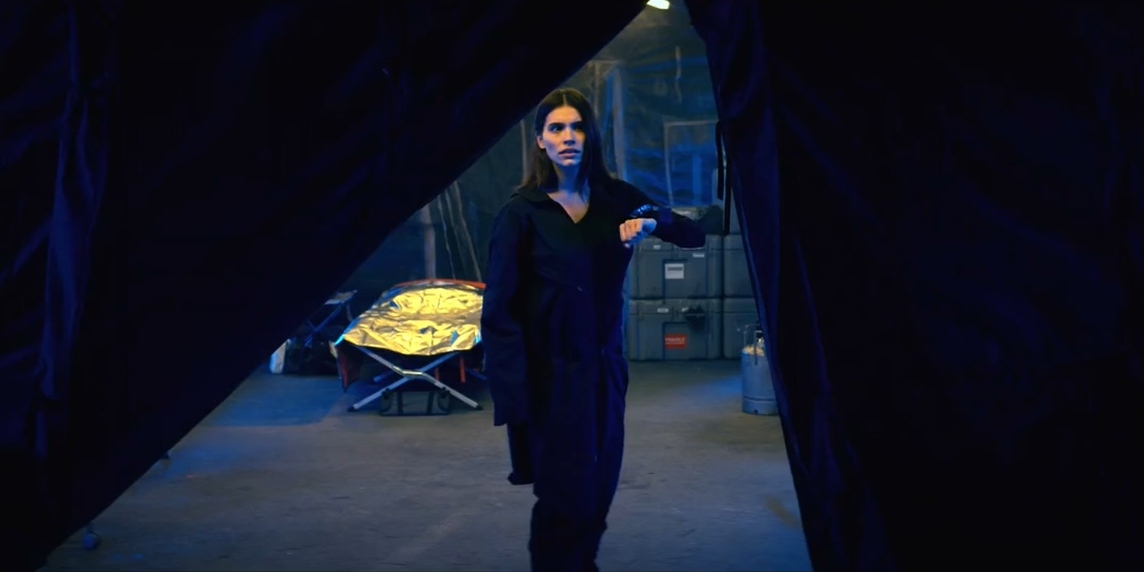 General Ryle gets a phone call from the officer in charge and asks him to have Commander Tieve call Dr. Lea Goss. And he has a special request – he wants the Blood General on the mission. James Ford is roughing up a few teenagers while talking to his sidekick Dash when Captain Marcus Bleck and his men appear to plead with Ford. Initially, Ford is not interested, but the news of the first sighting seemingly instills some enthusiasm in him. Ford orders to prepare a q-bomb as soon as he sets foot on the premises.

Ryle, Goss, and Ford reason for hostility, and Operation Cosmic Sin is greenlit. Quantum physicist Fiona Ardene is called back to make the q-bomb, and it’s not a big deal. The mission survivors are kept quarantined at a covert facility in Macmillan Airfield, but they have metamorphosized into shutter-eyed zombies, and all hell breaks loose. The clock is ticking, and there are some casualties. The motley team of soldiers performs a quantum leap, but they get separated, ending up at Ellora. The humans head to the Alliance outpost in Orbital Cannon to get a nice shot. Meanwhile, the parasitic aliens take hold of Lea Goss, and a diabolical vision comes to life. Humanity wins by the grace of explosives, so hurray. But some questions remain.

In the finality of the intergalactic spectacle, not many characters remain alive. In an epilogue, we see the survivors of the mission having a good time at a bar. Corporal Ardene and Ryle’s son Braxton Ryle, who executed the mission from the forefront, are alive and presumably dating. James Ford and Dash have also come out of the mayhem unscathed. Sol Cantos, the renegade captain, too, is alive. In a hilarious scene, Dash bursts out of the door with the unironic question, “Who died?” In fact, several good guys die in the wake of the movie – Felix is assailed in the alien encounter, his co-officer Juda gets overtaken by aliens and is killed by Braxton in an “executive decision.” 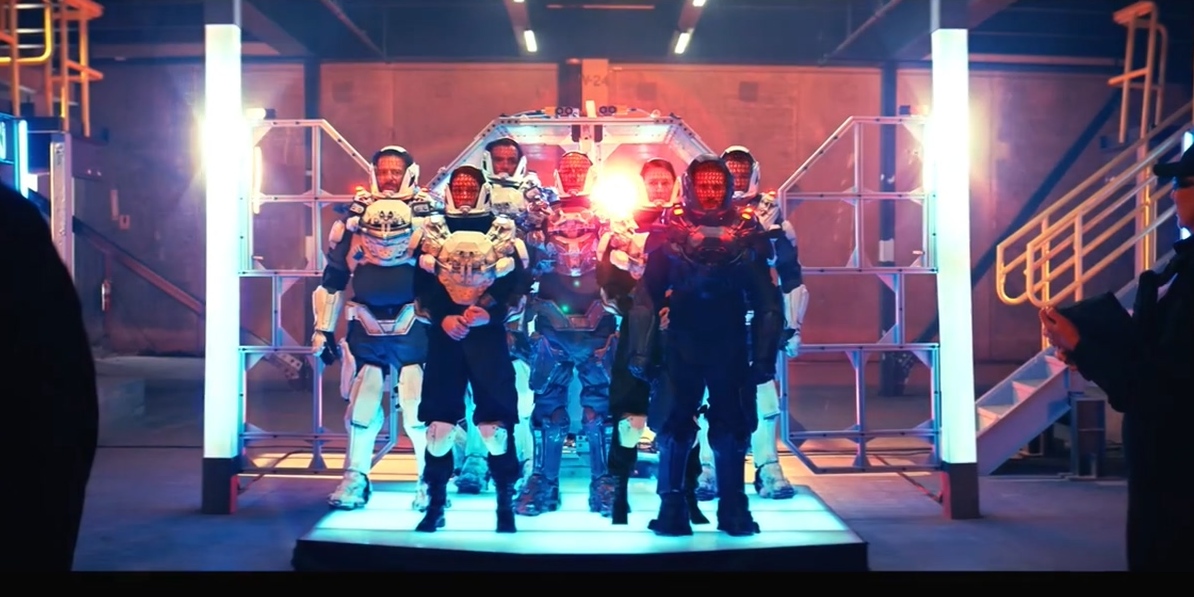 When the alien-infused human zombies break loose and get hold of firepower, the soldiers ultimately fight back to success (with some help from a bazooka hurling James Ford). 53 lives are spent in combat, including the life of officer Alex Locke. General Ryle meanwhile announces the initiation of “Operation Cosmic Sin,” and a team of soldiers takes a quantum leap to get the q-bomb to a faraway solar system. Captain Marcus is fatally wounded in the process, and General Ford is compelled to nonchalantly euthanize him.

Goss is overtaken by the Sigea aliens, who have created a shield around the planet. The landing is not smooth for Ryle, who is left hovering in space. In finality, Ryle manages to convince his fellow warriors to activate the q-bomb. Ryle needs a thrust to move the bomb to the gateway of the aliens. This is also the only way to close the gateway forever. Although distraught, Ryle’s son Braxton carries out the order. Ryle becomes a martyr and a hero by sacrificing himself to save humanity.

Is Lea Goss Dead? Are The Aliens Annihilated?

In a final encounter, Lea meets Ford for a visceral fight sequence. But Lea is not herself anymore, as the aliens have hijacked her brain. The aliens shown in the movie are called Sigea, and when not in their hooded physical state, these aliens take control of human bodies. The theme of colonization becomes the most tangible when the alien species literally erases the identity of the human host. We last see Goss, now metamorphosed into an alien-human hybrid, in combat with Ford. They touch each other, but the impact thwarts them in opposite directions. While Ford goes back towards planet Ellora, Goss seemingly passes through the gateway to the other side. 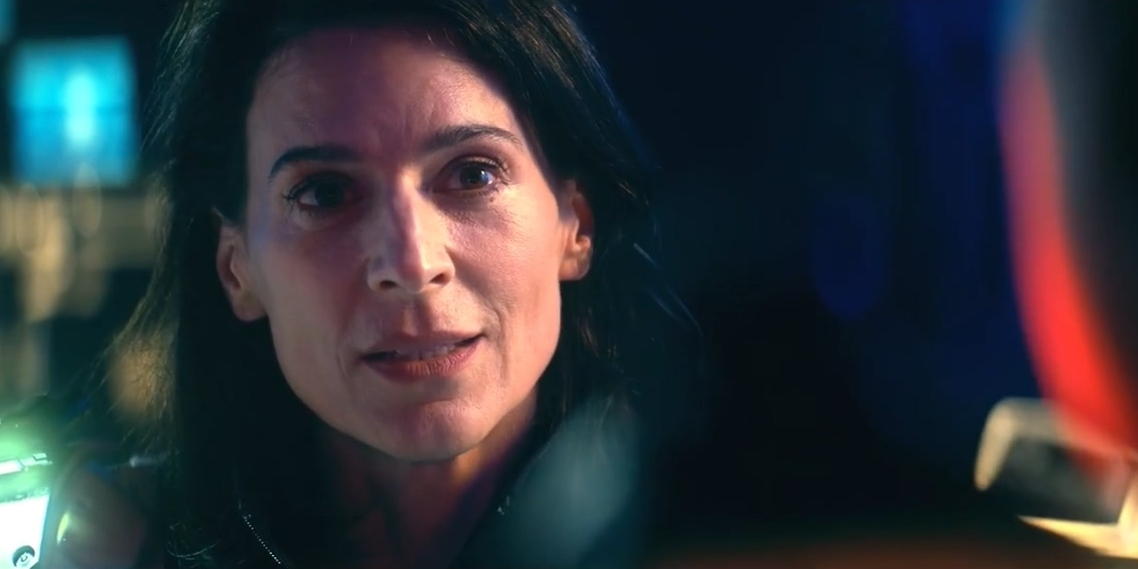 The epilogue praises the heroes who brought the world out of imminent danger. We get to hear that humankind has become victorious in the war with the aliens. The bomb destroys planet Ellora, but the Alliance promises to rebuild it. Even though the gateway is sealed off with the explosion of the q-bomb, and the aliens are seemingly dead, the memory of Goss haunts us in the end. In the penultimate moment, Ford sees a pre-recorded message from Dr. Goss. He remembers when Goss asked him out for a drink when this is all over, but Goss is presumably no more among the living. Ford takes the shot alone and walks out of the bar. But as no definite ending is provided to the character, she may come back for a sequel. There’s no harm in guessing.