Couples Therapy Season 1: Where Are They Now? 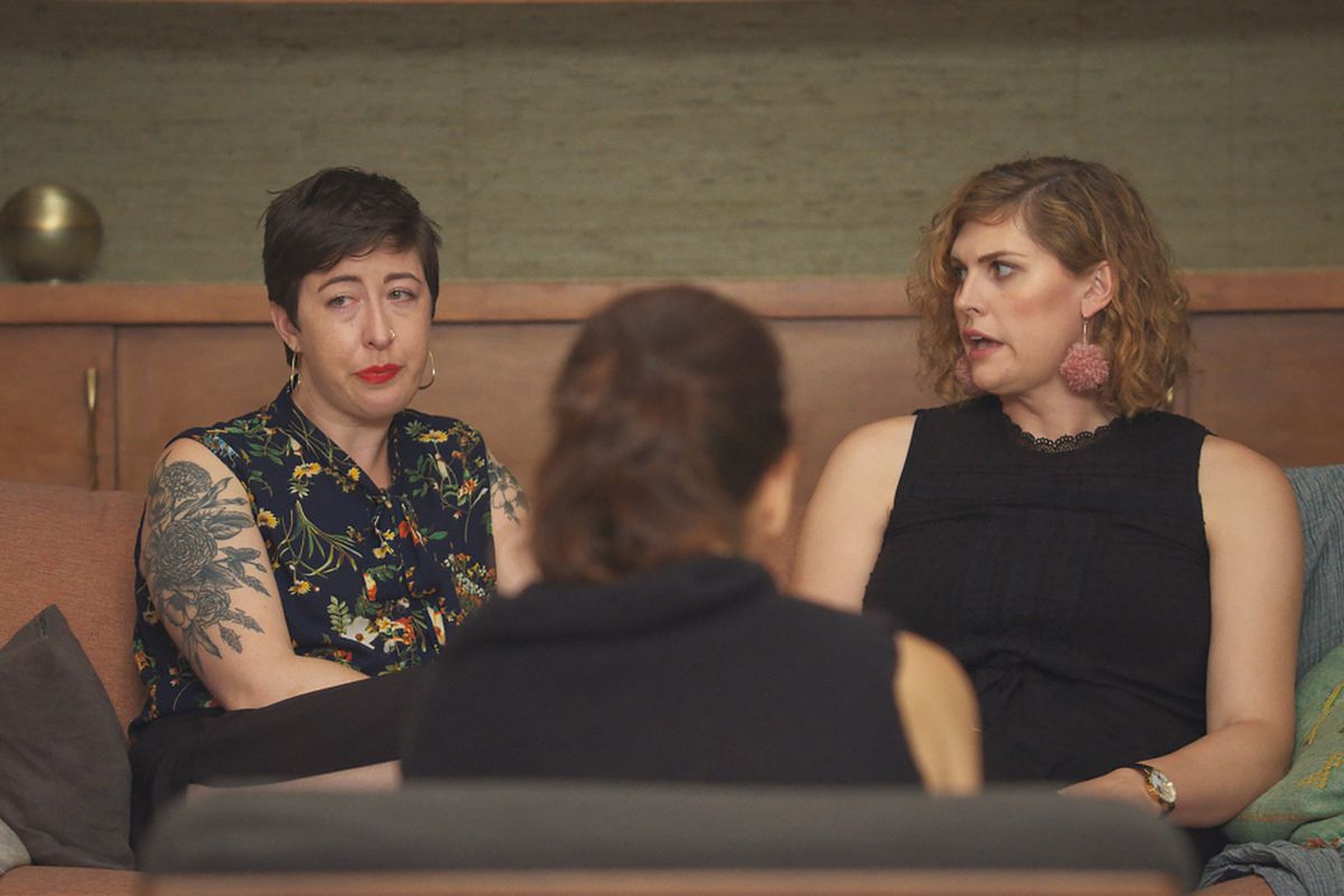 As the title suggests, Showtime’s ‘Couples Therapy’ is a docuseries that revolves around a few real-life partners as they seek professional help in an attempt to better their strained relationships. The sole aim of this production is to give us an authentic look into the world of weekly counseling, along with the importance of empathy, continuous efforts, and an open mind in any connection. So now that it’s been a while since it first premiered on our television screens in 2019, let’s find out precisely how the four couples from season 1 are faring today, shall we?

Where Are Evelyn and Alan Now?

Evelyn and Alan could only be described as opposites whose mutual lack of trust as well as appreciation brought them to the brink of separation after six years of marriage. While her body language made it clear that she’s on the reserved side, he admitted he’s not just more confident but also didn’t mind staying in touch with the new people he meets. Thus, of course, most of their therapy sessions with renowned psychologist Dr. Orna Guralnik focused on the subject of infidelity, its impact, and how the mere idea of it had affected their day-to-day behavior. 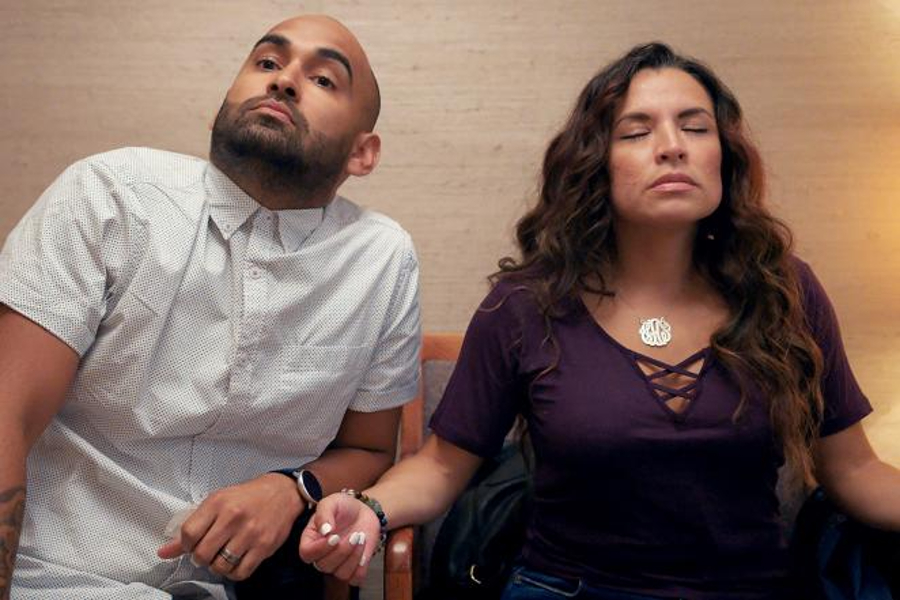 There were moments when Evelyn’s sparsely worded, stern responses did make it seem like she wasn’t even interested in her husband anymore, which is why Alan’s claim of nothing ever being enough for her struck a cord. “It’s her,” Alan candidly stated at one point, adding, “she’s never happy. I don’t want to do this anymore.” He even got emotional later on and listed out the things he always did to help her, to which she only replied with a single, tearful “yes” with a long pause. Therefore, although we can’t be sure, it does appear likely that Evelyn and Alan have since parted ways.

Where Are Annie and Mau Now?

While most long-term couples usually argue over finances, growing apart, boredom, and children, Annie and Mau’s issue was much more specific; their drastically different sex drives. The most bizarre aspect is that it stemmed from his wife of 23 years planning a dominatrix-themed sex party for his birthday to meet his desire for a spicier time in the bedroom. That’s because the party was not what Mau had in mind; he simply wanted uncomplicated sex, which didn’t feel like “work” as he viewed the deed to be the same as eating and sleeping — an everyday necessity. 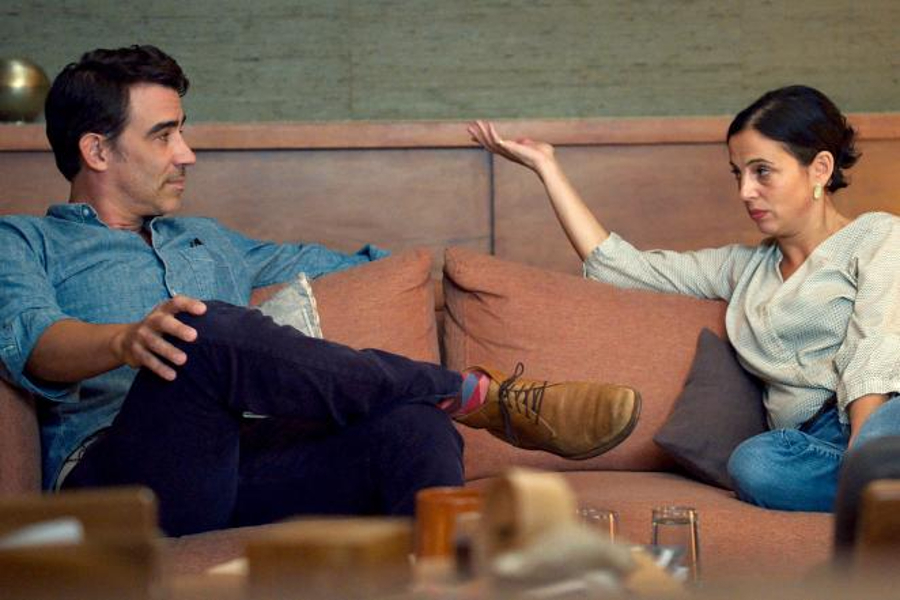 “I have to do it every day,” Mau explained. “So the idea that you had sex yesterday is sort of like saying you ate yesterday. I appreciate that. I’m glad you ate yesterday. But today is today.” However, once Annie opened up about her past sexual trauma during a session, her husband lost his cool before they seemingly managed to find their way back to the foundation of their union — love. Thus, we can positively report that the Philadelphia, Pennsylvania-based Annie and Mau are still blissfully married.

Where Are Sam and Lauren Now?

Sam and Lauren’s relationship was always a little complex, yet the truth is that the queer and trans duo’s spark only dampened under the heavy question of when to have a child. Sam was ready to welcome a new life into their world as soon as possible due to both their positive standing as well as their slipping mental health, whereas their partner of two years, Lauren, just wished to focus on her own identity as a woman first. With that said, they still walked out of therapy together, but it ultimately didn’t work out.

In July 2021, Lauren announced that she and Sam had officially parted ways after seven years together by filing for divorce. “Looking back on our relationship over the past few months, I’ve moved through various stages of grief that come at the end of a relationship of this magnitude,” she penned. “Now I find myself at a place where I’m so grateful for the adventure, immense growth, and fun we both experienced together… To past adventures and new beginnings.” We should mention that Lauren has since relocated to California. Sam, formerly known as Sarah, has since come out as nonbinary.

Where Are Elaine and DeSean Now?

Following 11 years of marriage, Elaine and DeSean began their counseling session with Dr. Orna Guralnik absolutely frustrated with one another because of the differences in their personalities. She said that while he “calmed my noise and I woke him up” at the beginning of their association, they “no longer speak the same language” despite genuinely wanting to. Hence, they devoted themselves to the journey, only to soon learn that they were trapped in their individual past experiences, which were directly affecting their ability to move forward with their life partner. 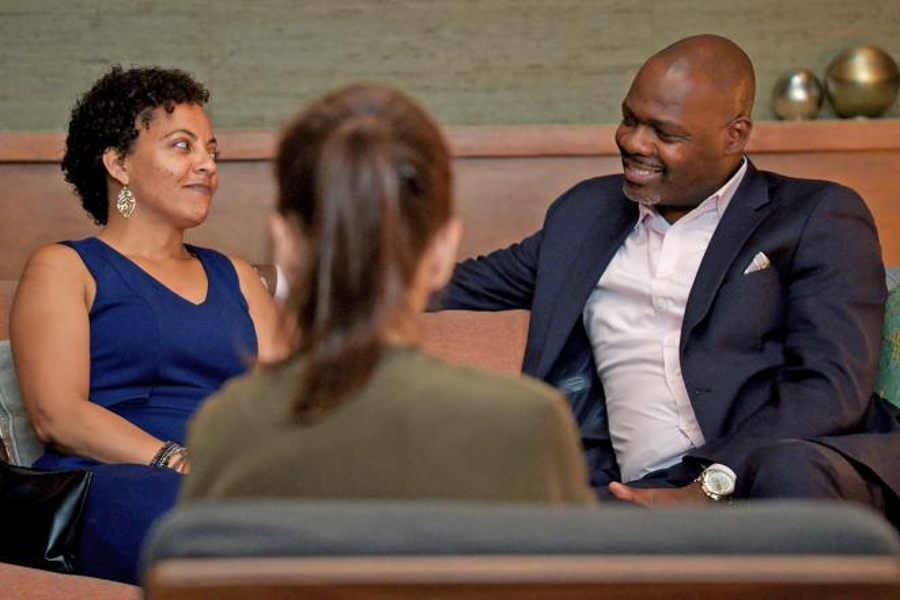 From Elaine’s past trauma to the impact of racism on their romance and from self-reflecting exercises to the importance of active listening, Elaine and DeSean covered it all. Therefore, from what we can tell, the shift they felt within themselves during therapy has stuck, meaning they are most likely still making daily efforts to remain happily involved. No matter what, it appears as if they now willingly choose each other and their relationship over all else.

Read More: Couples Therapy Season 2: Where Are They Now?